A few years ago, if you told anyone John Krasinski (mild-mannered Jim from The Office) would be behind one of the most ingenious horror premises yet invented, they’d think you’d gone mad. And yet, A Quiet Place is one of the most impactful big screen experiences in years, with Krasinski directing a nerve-shredding creature feature that masterfully sustains tension and suspense.

Often appearing much like a silent film, A Quiet Place grabs your attention to tell a story where every character relies on non-verbal communication. It’ll have moviegoers fearful of any popcorn crunching coming from nearby! This creative tale of survival is so gripping you’ll constantly be listening out for danger, eyes glued to the screen.

The concept is very straightforward: we’re thrown into a post-apocalyptic nightmare future, where most of human life’s been extinguished by ruthless monsters that hunt using sound. To survive, you have to be as quiet as possible, as making too much noise results in certain death. It’s as simple as that. 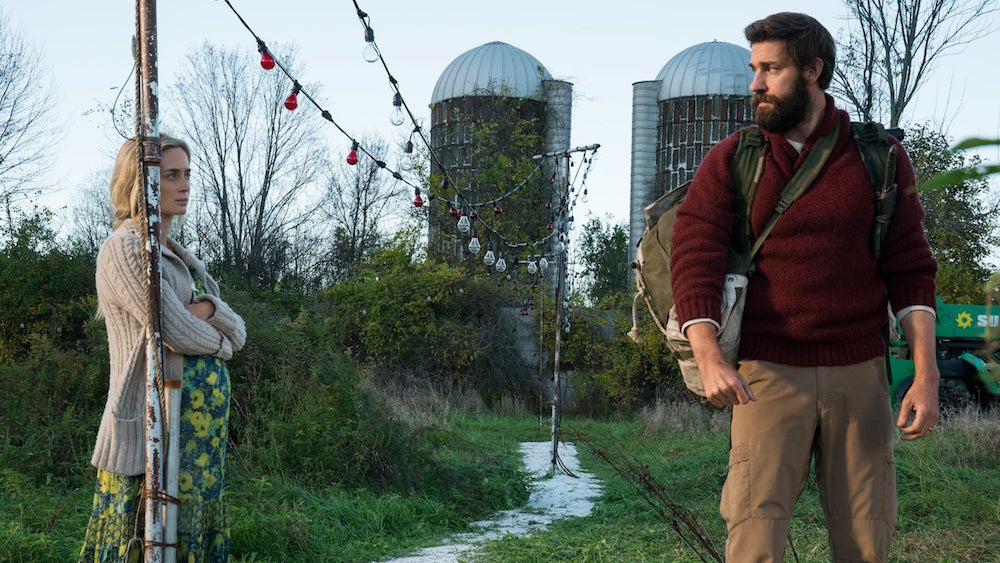 We follow a family of five surviving on an isolated farm. Evelyn Abbott (Emily Blunt), her husband Lee (John Krasinski), and their children Regan (Millicent Simmonds), Marcus (Noah Jupe), and Beau (Cade Woodward). The seriousness of the threat is perfectly portrayed in a brutal opening sequence, while the exposition is kept to a minimum as the smart script trusts its audience to put the pieces together.

This is one of the rare modern horrors that can genuinely be described as scary. It’s such a sensory experience that it makes you highly aware of the sound you’re making while watching, and always explores the consequences of even the most trivial of actions. The level of discomfort and fear established in the beginning is maintained over the full 90 minutes. There’s almost never a moment where characters are in peril that isn’t quickly followed by another anxiety-inducing set piece. 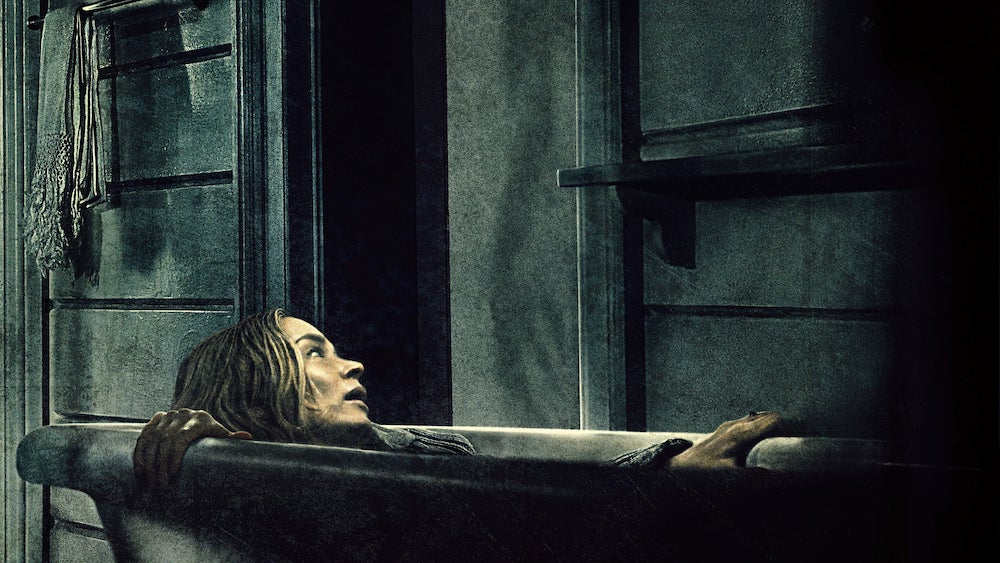 The world we’re shown in A Quiet Place isn’t one where people get the chance to learn from past mistakes, and neither is it a world where escaping danger can be achieved without unpredictable repercussions. These characters have tried to do everything they possibly can to control the levels of sound they make, but there’s only so much you can plan for. The risk is only heightened because Evelyn’s heavily pregnant, with the very idea of a crying baby coming into such a world further imbuing the film with a sense of dread.

With Krasinski also starring alongside his real-life wife Blunt, we get an undeniable sense of reality when it comes to their characters’ relationship. All of the performances in A Quiet Place are mesmerising, however. Krasinski and Blunt are parents of a deaf child, so their family knowing sign language is a key reason they’ve survived for as long as they have. Simplicity is essential to how the script works, but that doesn’t mean the film avoids making its characters feel emotionally rich and honest. The story relies on its family bonds, with themes of trust, self-doubt, and grief usd to sell the elegant character arcs. 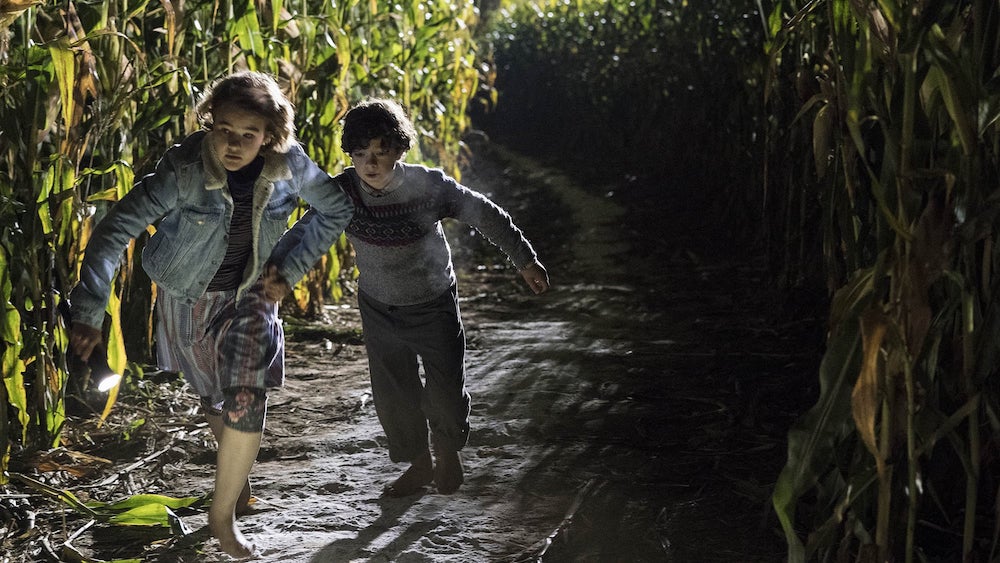 It’s important that the film cast a deaf actor in Millicent Simmonds, too, as this adds yet another layer of reality to everything. “She came to set and taught everyone sign language,” screenwriter Scott Beck said. “It was really amazing and brought an extra depth to the film.” Simmonds delivers a tremendous performance, as does Noah Jupe as the second most prominent child actor. They both portray their characters’ responses to these incredible situations powerfully, and if kids being in serious mortal danger is something that scares you, be prepared to be on the edge of your seat.

At the heart of A Quiet Place is a simple question: how far would a parent go to protect their kids? In a world where talking is kept to a minimum, how does a parent not only tell their kids they love them but show it? Communication is so important in this movie, but it’s so frequently about conveying an idea through actions rather than words. The script cleverly establishes multiple moments in the first half for payoff near the end, and it works beautifully. Krasinski also uses the dramatic principle of Chekhov’s Gun masterfully, while the lack of dialogue means the film is forced to convey so much with visual storytelling. 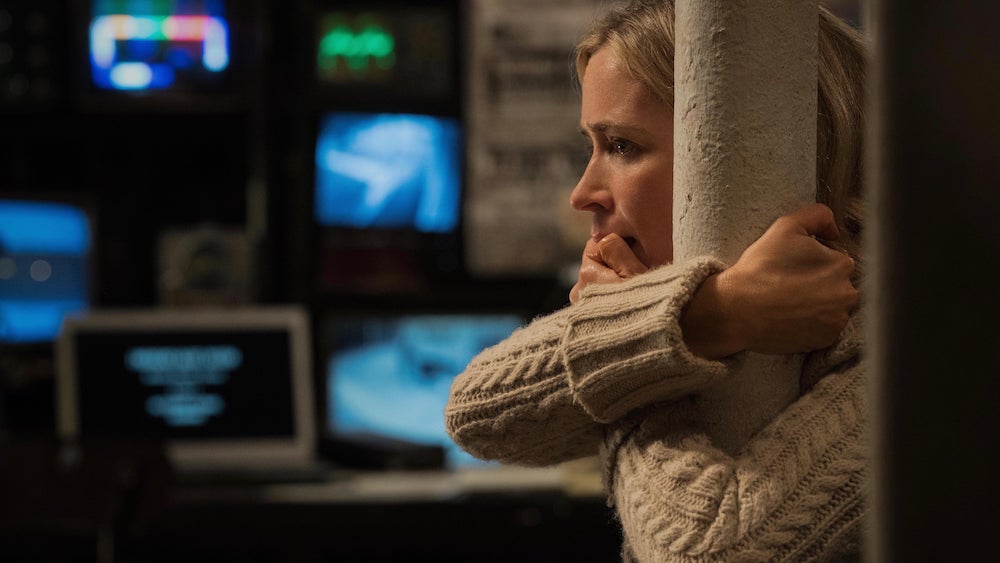 And while the film doesn’t hold back when it comes to showing us the creatures, the creepy design of its beasts makes them especially terrifying whenever they’re onscreen. They’re like a cross between the Stranger Things Demogorgon, the xenomorph from Alien, and a cockroach-scorpion hybrod. It’s an innovative monster design, and the presence of these unnervingly fast and relentlessly animals enhances the scariest scenes.

A Quiet Place proves just how far a strong idea can carry a movie, if done with care and attention. On the simplest level, this is a movie that limits itself by a rule that characters can’t speak aloud for fear of death. That limitation forces it to innovate and break new ground, and it’s consequently one of the most gripping and intelligent horror films audiences will have seen in some time. Get ready to sit in total silence and you’ll be rewarded with what’s likely to be one of the most stressful, compelling, shocking, and original genre offerings of 2018.