Of all the many things I love about Mr. Robot (its sharp dialogue, excellent performances, the way it deliberately messes with your mind so that you’re never quite sure what you’ve just seen), my favourite thing of all is the way it so acutely taps into the paranoia of our times.

This is a drama that’s mainlining the turbulent spirit of the age we’re living in. It holds a mirror up to the world of Trump and Brexit, to chaos and turmoil, death and destruction, and vividly recreates the near-permanent sense of nausea many of us feel as we try and make our way through each day. 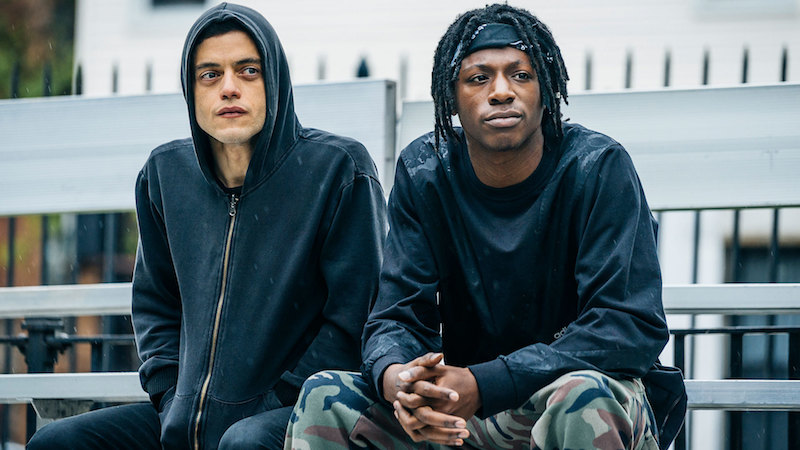 If I don’t listen to my imaginary friend, why the fuck should I listen to yours?

No one, of course, is more off-kilter than anti-hero Elliot (Rami Malek), whose Dissociative Identity Disorder is central to the story being told. Last season, we weren’t truly aware until the very end of the extent of Elliot’s battle with his various parts, but this season the secret is out and creator Sam Esmail is unflinching in his examination of what that really means. Thus, this bleak but brilliant episode concentrated on Elliot’s attempts to somehow kill off ‘Mr. Robot’ (Christian Slater), having realised that routine and order isn’t enough to control him.

Whereas last season Mr. Robot described himself as the prophet to Elliot’s God, this season the situation has been reversed—as Elliot bleakly noted, “Mr. Robot is now my God.” But not a God he wants to accept; instead choosing an Adderall overdose and no sleep as a way of preventing his demon from crawling back in. The scene where Elliot battled Mr. Robot, first vomiting up the pills and then fishing them out of his puke to shovel them back down, was both horrifying and all too believable. “I will not be owned,” Elliot desperately announced, as Mr. Robot demanded he cooperate but, as the reality of a five-day Adderall binge hit, that statement seemed more like empty bravado than ever before. 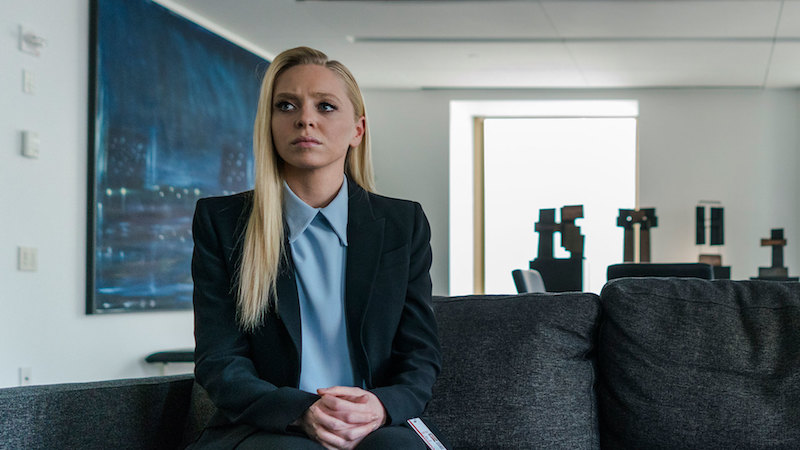 I don’t trust her or her crazy-ass brother.

Also operating on empty bravado this week: Darlene (Carly Chaikin), whose grip on fsociety is looking very tenuous indeed; not least because insomniac FBI agent Dom (Grace Gummer) is slowly but surely putting the pieces together. The problem with Darlene is that she never really had a plan beyond the attack on E Corp. She wanted to see the world burn and bring everything crashing down. Now that’s happened she seems to be at something of a loss. Her pep talks to Trenton (Sunita Mani) and Mobley (Azhar Khan) did little to reassure them in the wake of Romero’s (Ron Cephas Jones) death—more worryingly she didn’t really seem to care. Again, the elephant in the room here is Elliot. We know Darlene’s in contact with him, but we’ve yet to see them together. One of the most interesting theories suggested last week is that Elliot isn’t actually living back in Queens with his mother but is instead either in an institution or prison, hence the strict repetitive regime which takes place in very limited arena: the basketball court, the diner, the house, the church group.

This week’s episode did little to debunk that theory, with Elliot’s Adderall comedown-inflicted attack on God at the church meeting having huge mandated group therapy overtones. It’s certainly true that, if we were to see him meeting with Darlene, we might well have a clearer idea of what’s really going on.

Maybe we’re all just stumbling from the right questions to the wrong answers.

If Mr. Robot is Elliot’s God, then E Corp boss Philip Price (Michael Cristofer) is rapidly turning out to be Angela’s very own devil. This week the terrifyingly suave Mr Price took Angela (Portia Doubleday) out for dinner to offer her temptation in the form of a perfect semifreddo, before letting slip the tantalising morsel that the two men they had just dined with were largely responsible for the cover-up about her mother’s death. Just what game is the wily Price, a man who keeps a picture of the assassination of Franz Ferdinand in his office to remember “how a man can change the whole world with a bullet in the right place”, playing? I don’t know but Cristofer is a devilish delight in the role. 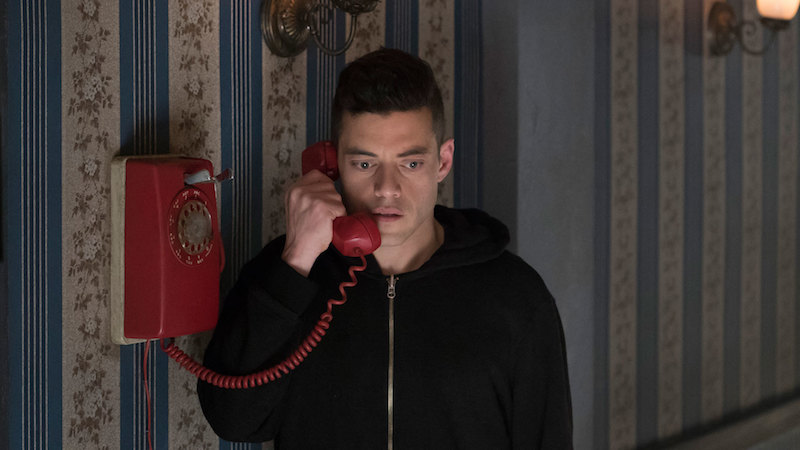 Edging up to 7 this week, if only because the whole scene with a scarily wide-eyed Elliot living his life on Adderall was exceedingly trippy to watch.

So what do you think? Where is Elliot in Queens: prison, hospital, or just a mental hell of his own creation? Will Dom outsmart Darlene? What about Philip with Angela? And will we ever find out what happened to Tyrell? As ever all speculation and no spoilers welcome below…