There’s never enough at stake in Mission Impossible: Rogue Nation. It whizzes along at a quip-a-minute, with stunning stunts from handsome Tom Cruise, and a gleeful indulgence in globetrotting that sees various set-pieces unfold in dusty Morocco, postcard London and, fleetingly, perfect Paris. But something about it feels lightweight and misguided—as though the first draft’s been glanced at and given a pass before the producers finished their tennis match. Game, set, meh.

Often, in fact, it veers into Threat Level Midnight territory (a Michael G. Scott joint and the undisputed masterpiece of everyone’s least-favourite boss from The Office) with crazy coincidence, landing comically, and pulls from a grab bag of tired tropes. Sultry siren switching allegiances every ten minutes? Check! Yapping sidekick with gadgets galore? You bet! Heck, there’s even a bomb strapped to a hostage. Do you think it goes off, or do you think it’s about one second away from exploding before intervention? 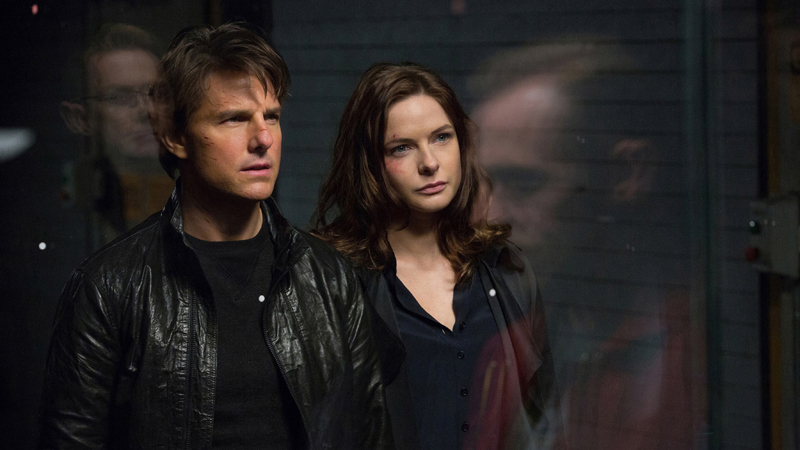 Ironically (and weirdly) MI:RN begins in a record store. By the end of it you’re wishing Ethan Hunt would return and change the one you’re enduring. The premise of the movie is that Hunt (Cruise) and his crack-team of wisecrackers must track down (against strict protocol) a mysterious Syndicate; an “anti IMF” who are exploding planes, trains, and automobiles across the world and generally causing terrorist mayhem. His crack-team includes Jeremy Renner —whom I remain convinced is the result of an experiment that mushed the facial profiles of every mildly-successful leading man of the past fifteen years. An experiment that was then left outside in the rain for a while. Renner’s sharp and sarcastic throughout, though, and remains an interesting and smart addition to this franchise—although very much a backseat driver here, I hope he eventually takes over as leading man.

Simon Pegg’s Benji is a yapping distraction who consistently undermines the extraordinary comedic instincts of Cruise throughout, with his kooky performance. He’s louder (much louder—he’s a shriek in a headset) and brighter (too bright—he’s a lava lamp with a beard), and makes Hunt a morose washout in scenes they share. It’s telling that away from Pegg, Cruise glows and grows into his usual self. The joy of Mission: Impossible comes from Cruise exerting charisma that’s as thick and flashy as his impeccable hair—positioning him as a straight man is a waste of an icon. It’s like asking Muhammad Ali asked to play chess. You want to see him dancing, ducking, punching and diving. You don’t want to see him bored and baffled, plotting his next move.

The fundamental problem with MI:RN (for me, at least) is that it revels in an increasingly popular plot-piece of espionage cinema, with the bulk of the “chase” revolving around Ethan collecting a memory stick. The USB stick naturally contains vital information, but it’s a memory stick nonetheless. They’re not sexy, are they? You get them free at career fairs and accidentally leave them in library computers. A movie MacGuffin shouldn’t be available in Maplin. What next? James Bond in Live and Let iWatch? Call me old fashioned, but I want my heroes blowing up Death Stars and nuclear reactors, not collecting rectangular devices that the villain might’ve stored holiday photographs on. 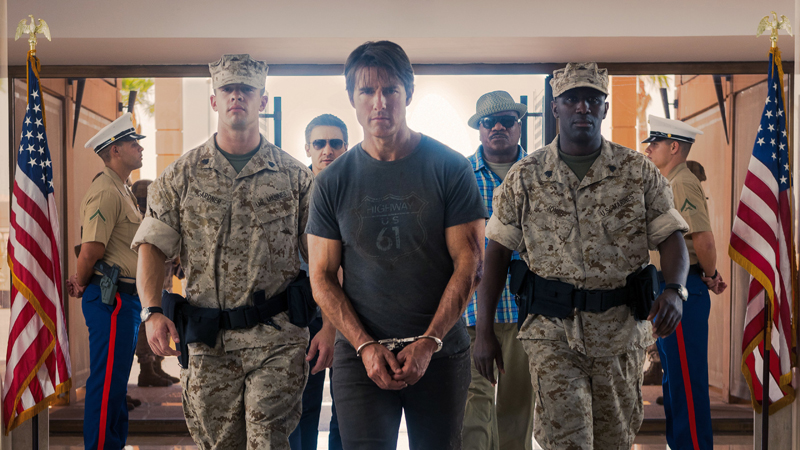 The villain in question is a delight, though. Soloman Lane’s (Sean Harris) a waif who whispers in maniacal monotone while dressed like Bowie in Berlin—pitched somewhere between Hannibal Lecter and Frank Spencer, it’s a terrific turn from a cunning English actor. Harris keeps this film alive, and Cruise awake, with the help of a hefty army of bullies who reappear in new hoodies with the same old anger problems, looking like they’ve been plucked from central defence partnerships in the Europa League.

As the movie runs around London’s gloomy corners to its hasty conclusion, and Cruise crashes through windows and delivers moralistic monologues on the Southbank, it’s quite difficult to imagine what the intention of director Christopher McQuarrie was with this fifth instalment of the franchise. MI:RN doesn’t move the story on and it barely sets up a sixth film.

There are moments of inspiration: the opening scene of Cruise genuinely clinging to an airplane during take-off, and an aqua extravaganza where he attempts to break into an underwater safe, are riveting examples of blockbuster filmmaking. But for the most part MI:RN feels like an elongated episode or a laborious trailer. Where the franchise goes from here is anyone’s guess, and the open-and-close nature of MI:RN suggests that anything goes… but my first suggestion would be more of Cruise with the wind in his air, a gun in his hand, and a glint in his eye… and less of him searching for seriousness whilst the cynical shtick of his shoddy sidekick continues.

writer: Christopher McQuarrie (story by Drew Pearce, based on the TV series by Bruce Geller)