Midnight Special is the kind of film that drip-feeds information rather than dole out exposition. The film starts with two men acting shiftily in a motel room, while the news anchor on TV tells us that one of them is wanted by the police. The other man’s history will remain a mystery for much longer. And then there’s the kid with a bed sheet over his head, reading comics on the floor. We’re with them just long enough to see their faces and to understand that they’re wanted before the two men, Roy (Michael Shannon) and Lucas (Joel Edgerton), usher the boy into the back of their ’70s muscle car. The woman working in the motel spots them through the window and, having seen Roy’s face on TV seconds before, calls the police. Now the chase is on, and it lasts for the entire length of the film.

It’s clear from the start that director Jeff Nichols (Take Shelter) is reaching for the kinds of sci-fi films made by people like John Carpenter and Steven Spielberg thirty years ago. But to reduce this film to simple homage would be to do it a terrible disservice, because it’s much more than that. Nichols knows that he’s referencing Carpenter when he frames the muscle car carrying Roy, Lucas, and the young boy, Alton (Jaeden Lieberher), speeding into the night and turning off its lights to evade capture. Though the roads the car travels are specific to Nichols’ worldview. For him, the working class suburbs of the American south and the everyday places people might visit or inhabit are of great interest. And even when it becomes clear that Midnight Special is science-fiction, those small-town preoccupations are never dropped in favour of big city spectacle as one might expect of the genre. 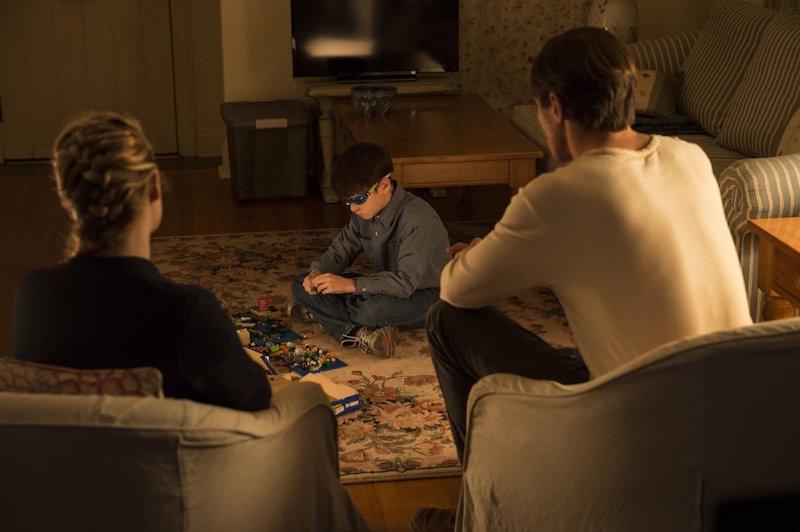 The only thing that interrupts the mundane settings of everyday life are the earth-shaking episodes that Alton experiences as beams of blinding light flare from his eyes. Like much else here, what these eruptions indicate is left ambiguous. Are they experienced negatively by Alton? Do they signify some connection to another life form? All we know is that he becomes weak in their aftermath. Alton Meyer was taken from a cultish-looking religious community by his dad, Roy and his friend Lucas, and they seem to want him back. When the FBI, who also want to get their hands on Alton, raid the religious community, the interviews carried out with its residents start to give us some insight into what’s happened. To the community, known only as ‘The Ranch’, Alton is a messenger of God. To the FBI, it quickly becomes apparent that he’s been intercepting highly encrypted and classified information from government satellites. 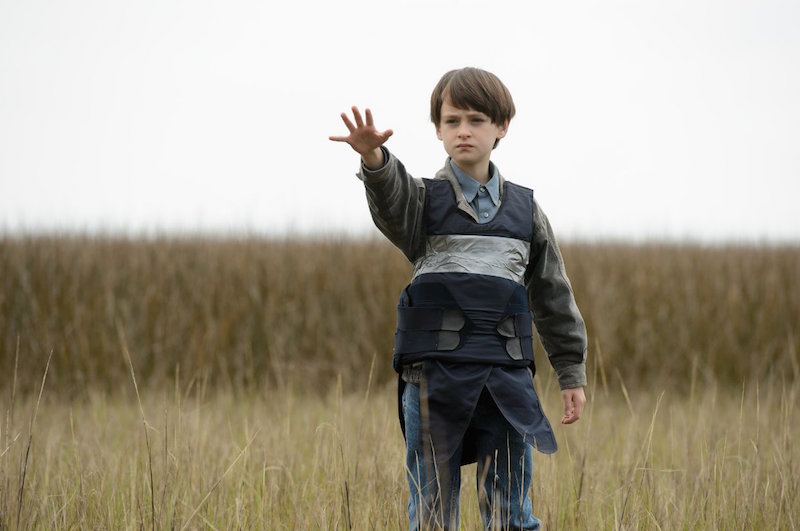 At a fundamental level, Midnight Special is a film about fatherhood and bringing up a child. His father Roy and, later, his mother Sarah (Kirsten Dunst), are servants to his needs and motivations. Throughout the film they work to get him to a certain place at a certain time without even being sure of why. Reason doesn’t come into it; their exceptional son needs to get somewhere so they’ll take him, and they’ll do it in a matter-of-fact kind of way. I mentioned Spielberg earlier, and he’s clearly no stranger to this kind of parental sentimentality, but there’s no real link between him and Nichols in this regard. The last thing Nichols is is sentimental. Roy is fiercely and passionately protective of his son, and therefore there’s no need for Nichols to reach for sentimentality in order to land an emotional punch. 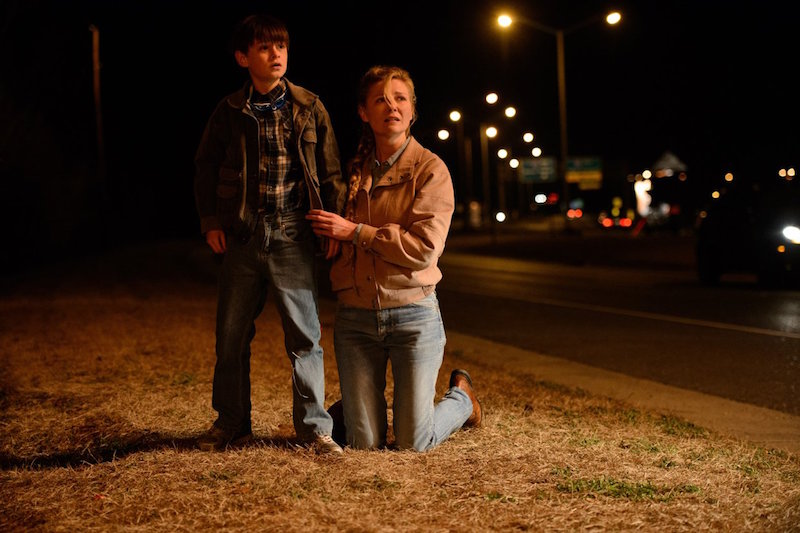 The visual style that made the director’s earlier films stand out is on display again. Take Shelter (2011) was unfussy and restrained, and yet it depicted the fine line between reality and delusion through tiny details and contrasts. Roy is a stoic and quiet man, so that need for patience and meticulousness is even greater. One doubts that Nichols’ style has much to do with need though. He can make a scene tense, ominous, touching, or whatever it demands to be, without having to spell it out for everyone. For those paying attention, small details from early on will be illuminated later in the film. I suspect that Midnight Special, rather like Take Shelter, Mud, and Shotgun Stories, will greatly reward future viewings, too.

The genius of the film’s ending, which will undoubtedly split opinion, is how it delivers its impact entirely on the faces of the characters. Kirsten Dunst, Michael Shannon and Jaeden Lieberher are faultless from start to finish, and Nichols is right to trust them with his near unspoken climax. Midnight Special shows Nichols reaching for something higher than what he achieved with his three previous films, and he pulls it off admirably.