While the penultimate episode of American Horror Story: Hotel wrapped up a few of the show’s plotlines, there were still enough loose ends—Sally’s (Sarah Paulson) murderous scorn towards John (Wes Bentley), the detective’s tentative reunion with his family, the question of what would happen to the Countess’s (Lady Gaga) vampire baby—to set the stage for a bloody confrontation of some kind this final week. So naturally, the season ended with all of the ghosts agreeing not to murder people anymore and living happily ever after. Wait, what?

To be fair, the show’s season finales have always been more denouement than climax, and for a season of American Horror Story to get suddenly heartfelt at the end is nothing new. It worked with season one’s dark family reunion, and Asylum’s ending, with its moments of disarming grace, was unexpectedly moving. Coven’s was all about the horrors of the past, particularly crimes against women and marginalised groups; so for the show to use the progress of time as a deliverance for its leads made thematic and emotional sense. In “Be Our Guest,” writer John J. Gray attempts the same kind of pathos, but with Hotel having created so little sense of investment in its story or characters, the result is a well-intentioned muddle. 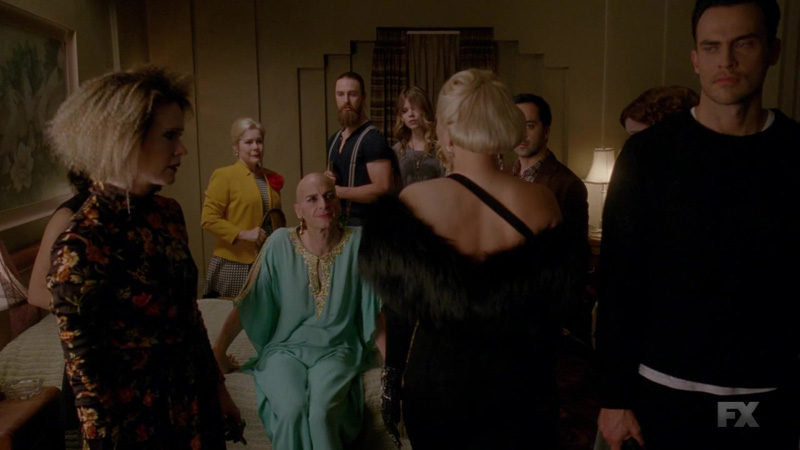 The episode begins with Liz and Iris (Kathy Bates) having used the money from the sale of the Countess’s art collection to make major renovations to the old hotel. The problem is, the resident ghosts—including a newly murderous Will Drake (Cheyenne Jackson)—are still killing the guests. A team meeting between Iris, Liz, and the ghosts, ends with James March (Evan Peters) insisting that, with the hotel only ten years away from becoming a protected historic site, it’s in their best interest to cooperate with their corporeal hosts. Aside from Sally and Will, everyone else agrees. Well, that was easy enough! Have any characters in other ghost stories ever tried this? I bet that, if the Torrance family had just had a talk with the ghosts at the Overlook Hotel, their winter would have been much more pleasant.

It was a wise move, at least, to devote much of the episode to Liz (Denis O’Hare), one of the season’s few emotionally compelling characters. We see her inspire Will to get back to work and, ultimately, become a successful fashion mogul herself. She builds a strong relationship with her son and his family. Finally, after learning that she’s “the first woman to die of prostate cancer,” Liz asks the ghosts to murder her so that she can stay with her adopted “family.” That she would see them as family is highly dubious, but O’Hare is characteristically great enough in the scene to sell it anyway, and the final moment between Liz and the Countess is a nice touch; especially as Gaga is strangely absent for most of the episode. After the Countess aides her in her final “transition,” Liz is reunited with Tristan in the afterlife, and while it’s still laughable how sketchily-written that relationship is, it’s nice to see her end up happy. 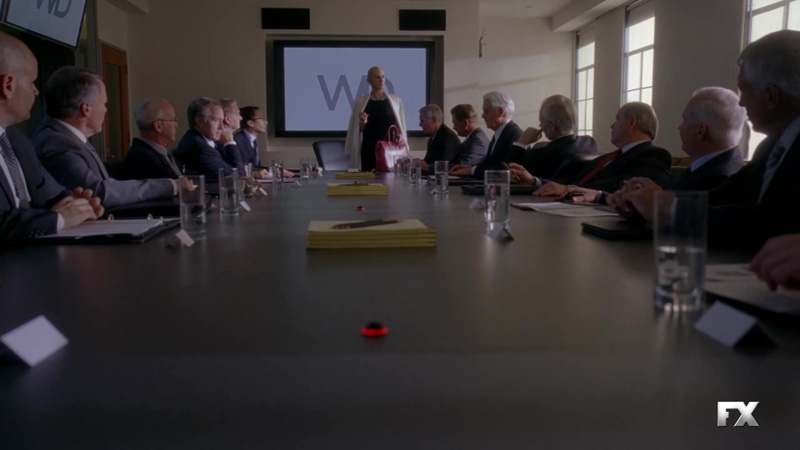 The rest of the episode is more aimless, flashing forward to 2022, with the Cortez having become a notorious paranormal tourist attraction. The first season’s psychic, Billie Dean Howard (Paulson), has become a regular guest of the hotel—conducting paranormal investigations with a camera crew in tow. Having Paulson do double-duty in this episode only underlines how much this season has wasted her, even when you allow for the time she spent filming the upcoming American Crime Story. Sally’s plot is wrapped up when, at Iris’s urging, she trades addiction and murder for social media; as she gains a following for Instagram shots of lipstick and syringes and status updates like “I hate everything,” she finds peace. It says a lot about Paulson’s gifts that she makes this completely arbitrary resolution for a character I’ve felt nothing for somewhat touching. By the way, Paulson is outstanding in her supporting role in Carol, and fans who know her from AHS should check it out to see her in a movie that’s just as queer but much, much better. 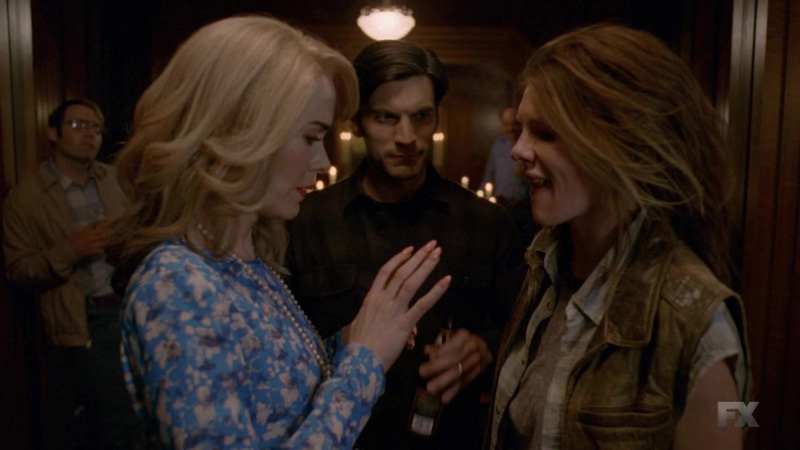 Billie Dean is invited by Lowe—who was gunned down by cops just outside the Cortez some time after moving Alex and Holden in, and wisely sending Scarlett to boarding school—to the annual Devil’s Night dinner party, calling back the most cringe-inducing episode of this season. Lowe, March and the assembly of notorious real-life murderers threaten Billie Dean with her life if she ever mentions the Cortez again; when she points out that they can’t make good on that threat if she’s not in the hotel, Ramona (Angela Bassett) agrees to hold her to her promise. So, to recap, a good chunk of the episode is devoted to the ghosts’ conflict with a character from a different season, which has no bearing on any of the show’s other major storylines and only serves to remind us how the show has wasted Angela Bassett. Oh, and then we find out that the now-adult Scarlett still visits her family every year. That’s nice. Like the Fast and Furious franchise, it turns out that Hotel was really about family. 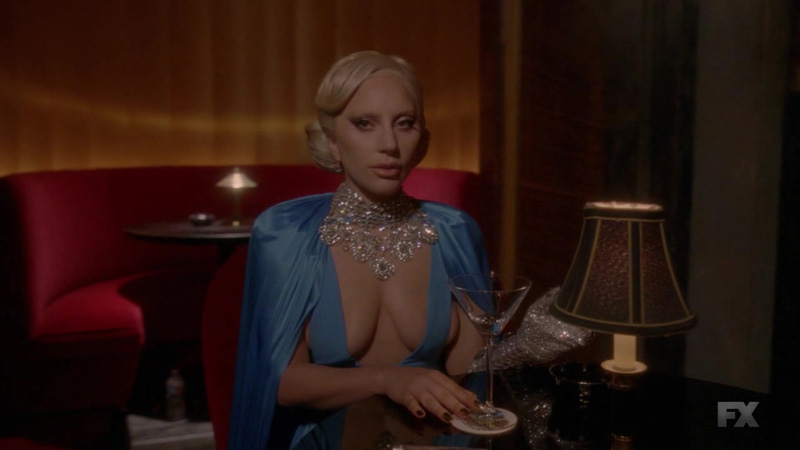 Speaking of which, what’s Bartholomew, the Countess’s son, up to? Even in a show that doesn’t feel a need to follow through with half of the plotlines it sets into motion, to introduce Lady Gaga’s demon baby into the show, tease a big reveal of the thing very early on, and then never pay it off in any way seems like a pretty major omission. In theatre, this is known as the rule of Chekhov’s demon baby.

Anyway, this season had its moments, and the writers were wise to recognise O’Hare as a standout and beef up Liz’s role as it went along. But they never really cracked what, exactly, this season was about. If every season is preordained to arrive at a final episode that’s all about the characters arriving at some sort of happy ending, then I’d suggest they chart a course to that climax early on next season. Keep the narrative down to only six or seven plotlines and allow the characters and consistently excellent cast some room to breathe. There are so many ways to use horror to make the show’s stabs at social commentary resonate more deeply. I’m not saying the show should get less crazy, just more disciplined in its craziness. Why settle for cheap shocks in a genre that has the unique power to be truly transgressive?