If you were a child of the 1990s living in the UK, chances are your favourite television show was Maid Marian and Her Merry Men, which ran on tea-time BBC1 between 1989 and 1994. Created by Tony Robinson, fresh from playing Baldrick in Blackadder, this was a comical retelling of the Robin Hood legend with a lot more singing. 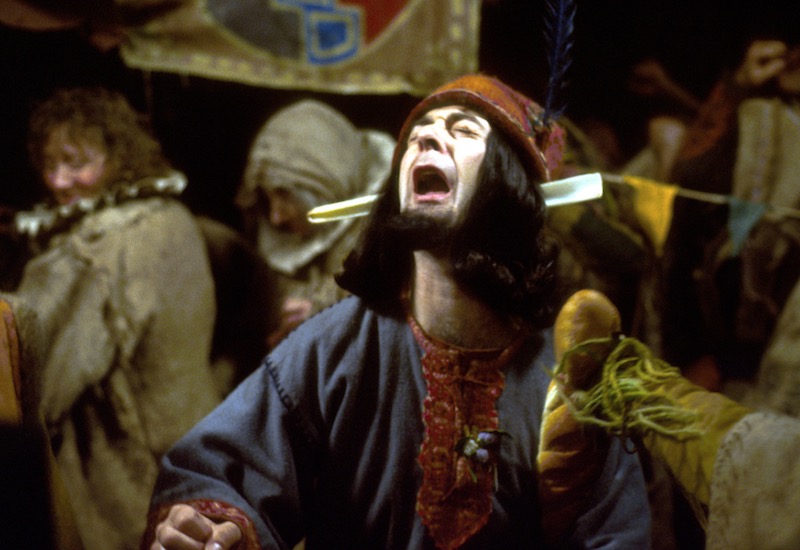 It remains easy to see why Maid Marian and Her Merry Men (hereafter Maid Marian) was so popular when broadcast, winning a BAFTA for Best Children’s Programme in 1990. It doesn’t get much repeat play these days, alas, perhaps because it hails from the pre-HD era, but it’s fondly remembered by the middle-aged men and women of today who raced home from school to catch it.

The genius of the show was combining a style of humour popularised by Blackadder with silly vibe children could appreciate. In so doing, to my mind, it paved the way for the BBC’s later historical comedy hit Horrible Histories. While regrettably showing its age on this new DVD release from Eureka Entertainment (thanks to a 4:3 picture aspect, stereo sound, a dated tendency to transition scenes with visual spins), the strength of the characters and irreverence of the scripts pulls Maid Marian through its stylistic shortcomings. But the breaking of the fourth wall by its characters, together with the extensive use of simple but catchy songs (all composed by Nick Russell-Pavier and David Chilton), help gives the show a more modern personality than it might have. 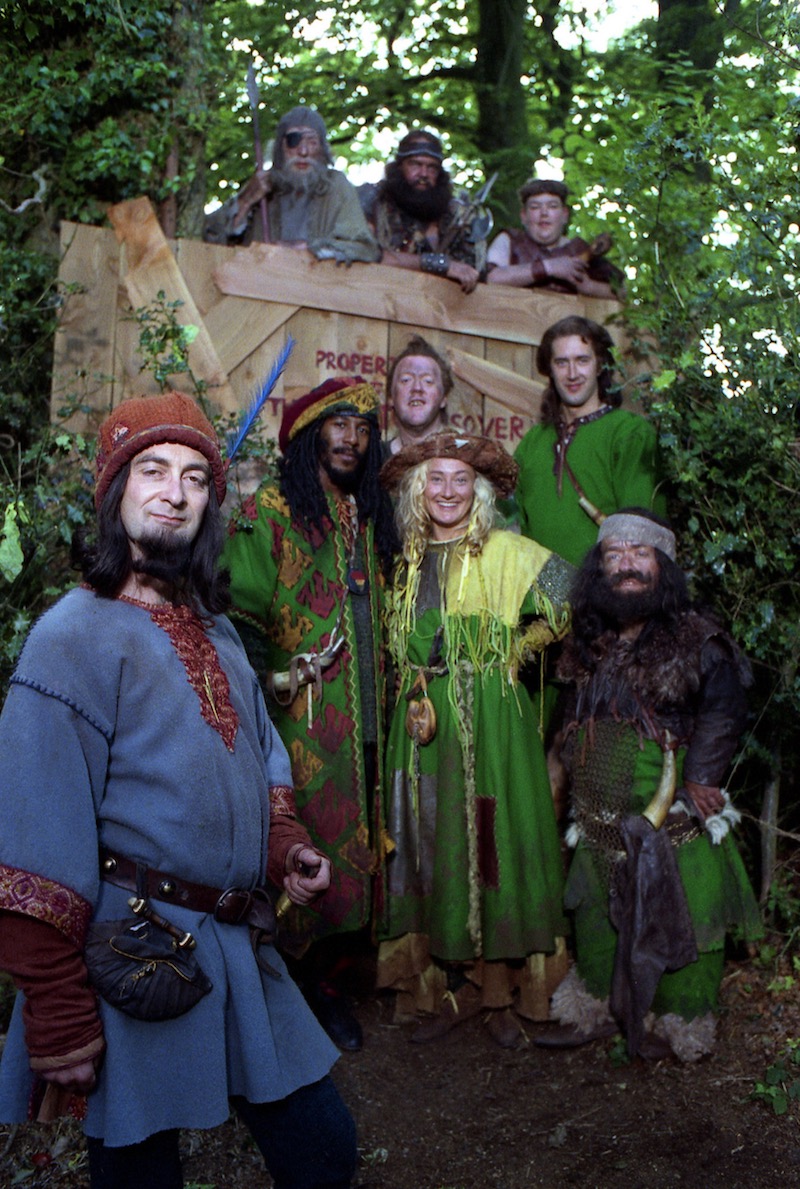 In revisiting Maid Marian, an astonishing 22 years since the fourth and final series aired, you undoubtedly notice the relative cheapness of the production and its fair share of duff jokes, but the performances and its cartoonish tone more than compensate. The theme tune is arguably more memorable than the show itself, while the animated end credits reminded me of the excellent tie-in comic books illustrated by Paul Cemmick (which in some respects were a better medium for Tony Robinson’s writing).

In the show itself, Kate Lonergan made for an instantly likeable and headstrong protagonist (bringing “girl power” to young girls during a period where Julia Sawalha was also headlining Press Gang), Wayne Morris is great fun as a wimpy Robin Hood inspired by ’80s yuppies, and Tony Robinson cleverly cast himself in a pantomime villain role that was a complete 180 from the taciturn Baldrick he’ll always be associated with. Indeed, this show represented quite a development for Robinson as a creative talent, and it’s a shame he didn’t continue to create other children’s comedies once Maid Marian finished. Instead, he opted to move into presenting archaeological shows for Channel 4, so at least a love of British history is consistent in his career.

The purpose of Maid Marian was to entertain kids with something colourful and witty, but it also helped create an interest in young minds about medieval times. Like most of its school-age audience, I was already fully aware of Robin Hood (which it relies on a bedrock of knowledge about the legend it was lampooning), but there were definitely a few jokes and ideas that intrigued me enough to find out more about them. In that respect, it was clear that Robinson learned valuable lessons from how Richard Curtis and Ben Elton filled half-hours of Blackadder with real historical figures, true facts, real place names, and mentions of genuine events and political issues of their day. Maid Marian couldn’t be as deep or layered as a sitcom written for adults, but the fact it was aimed at kids meant it could be more playful and joyous — often echoing modern culture, social concerns, and celebrities. 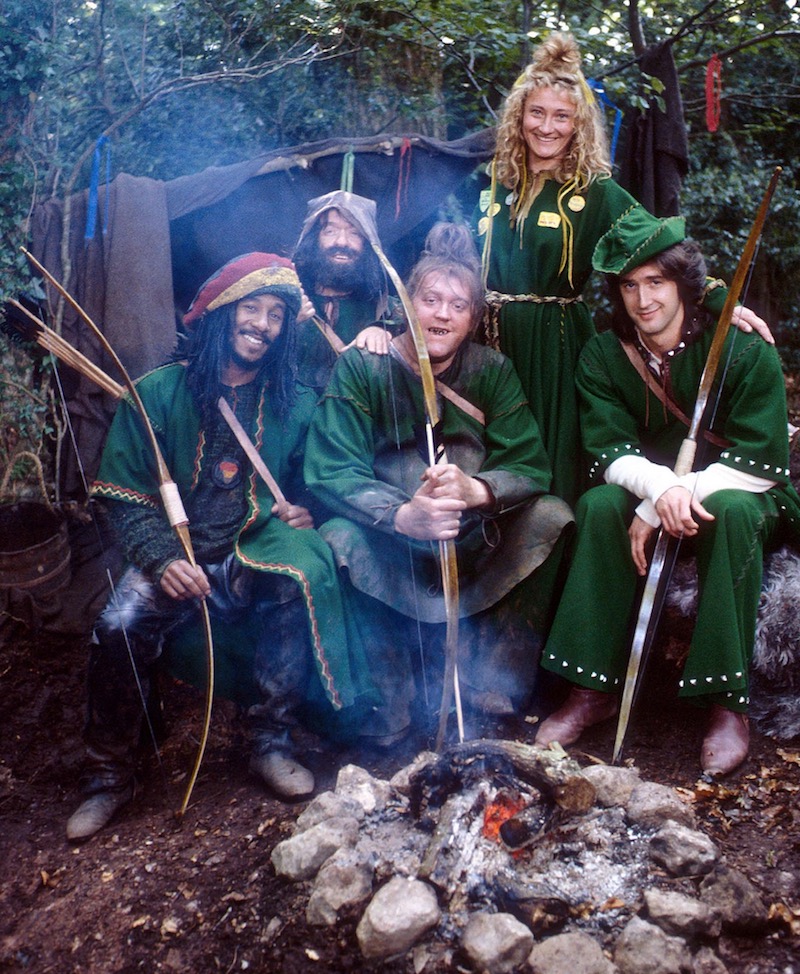 While rightly revered today (it came 15th in Channel 4’s list of the 100 Greatest Kids’ TV Shows voted by the public), Maid Marian underwent a creative slide. The style of comedy got more slapstick and surreal after the show returned from a two-year break in 1993, so it’s noticeable how the first two series are the purest in terms of being a straightforward tweak on the Robin Hood concept. Series 3 doubled down on the pop culture parodies (like a song called “Call the Dentist” that riffed on the Ghostbusters theme), while series 4 arguably ended the show because things became too surreal and ridiculous. The last episode, “Voyage to the Bottom of the Forest”, found the gang travelling to the parallel universe of ‘Engyland’, and was strong evidence the show had simply run its course. More and more jokes also felt aimed at the parents watching, and as if to compensate there was forced juvenility elsewhere. The show lost its way by the end, but only slightly, as it never became dull or impossible to watch.

The show has been released on DVD before, but this new Limited Edition box-set from Eureka Entertainment features the 1993 Christmas Special, cast audio commentaries, a karaoke feature, interactive game, improvised sketches by the cast, a photo gallery, easter eggs, trailers, and a compendium booklet by the aforementioned Paul Cemmick. It’s a shame the BBC weren’t often filming things in widescreen back in 1989 (certainly not for kid’s TV), and the footage captured isn’t high-definition, as it’s impossible to justify buying this new box-set if you already own the earlier DVDs, but it’s worth a revisit if you’re feeling nostalgic. And chances are today’s under-12s will still find much to enjoy about this amusing and well-written comedy.