Twenty years ago, when I was studying journalism at New York University, we were assigned to cover aspects of the New York Mayor’s office. My beat was juvenile justice, and the two things that have stayed with me from that story are that the then-mayor, Rudy Giuliani, pared the budget of the department to the bone, ensuring it was the least-funded department in the city and that, partially because of that, you could try juveniles in New York in adult courts, meaning that 15 and 16-year-olds did time in the notoriously brutal Rikers Island.

Those facts reverberate repeatedly throughout Ava DuVernay’s bleak and outstanding documentary, 13th, which uses the 13th Amendment to the US constitution (the abolition of slavery) to eviscerate race relations in America.

DuVernay’s starting point is the 13th’s loophole, which states that slavery and involuntary servitude should be abolished except as a punishment for crime. Image by image, interview by interview, damning statistic by damning statistic, DuVernay builds the case that slavery has never truly been abolished in the US, and that a mass industrial prison complex instead ensures the country’s black population can never be truly free. 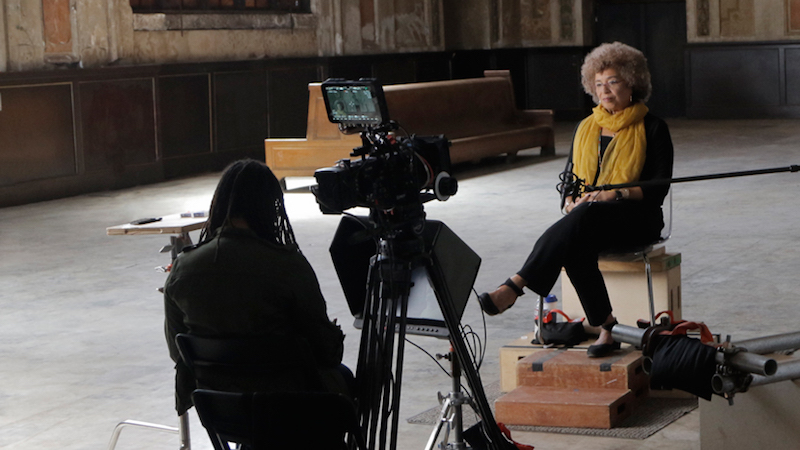 Starting with the notorious DW Griffith film, Birth of a Nation, and building up to the suicide of Kalief Browder at the age of 22 (following three years on Rikers Island without being convicted of a crime), 13th shows no mercy to its viewing audience—and nor should it. This is a righteously angry and vital film, in which DuVernay’s clear-eyed and steady assembling of the evidence against her own country leaves you furious that a nation could not simply let its citizens down but actively set out to destroy them.

That might seem like strong language, but the film provides persuasive evidence in its favour. Talking head after talking head validates DuVernay’s hypothesis (including perhaps most surprisingly, Republican stalwart Newt Gingrich, who announces “virtually no one who is white understands the challenge of being black in America”). We hear from Angela Davis about what it felt like to be public enemy number one (and see footage of a young Davis as she destroys those trying her in court with nothing more than the power of her brilliant brain), listen to activists such as Cory Greene, the co-founder of HOLLA (How Our Lives Link Together), who himself spent seven years in prison from the ages of 21–28 and who astutely remarks: “When you make people afraid then you can always justify putting other people in a garbage can” and watch as lawyers, academics, activists, and former prisoners explain the iniquities of the US criminal justice system.

Most damning of all, however, are the politicians. From former Nixon aide John Ehrlichman and Regan’s mastermind, Lee Atwater, whose statements make clear that repeated attacks on ‘drugs’ and ‘crime’ were silent signifiers about race to Bill Clinton introducing the ‘Three Strike Law’ and Hillary talking in the 1990s about ‘super predators’, DuVernay lets no one off the hook. The worst moments, unsurprisingly, come from current Presidential candidate Donald Trump, as DuVernay lays bare the persistent and undisguised racism that has fuelled his campaign. From footage of angry white men shouting and shoving at black activists during Trump events, to the candidate’s own intemperate language about “the good old days”, DuVernay makes it clear that this isn’t even a case of dog whistle politics—Trump has held these ugly views for most his public life, as was illustrated just this weekend by his refusal to back down over the Central Park Five case despite all five boys having long been exonerated. 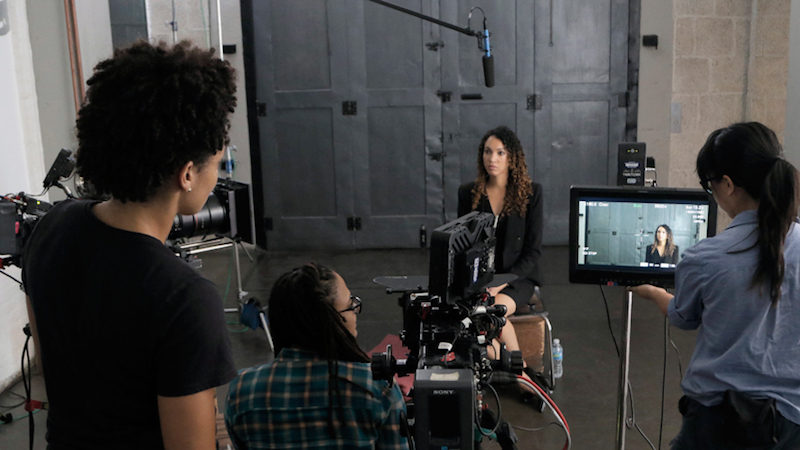 Yet, even as DuVernay makes the case that generations of politicians have built a mythology of black criminality, fuelling the idea of black people as terrifying ‘others’ who must be incarcerated for the good of the nation, she also turns her sharp vision on the prison system itself. It’s here that the film becomes truly terrifying as the director introduces us to ALEC (American Legislative Exchange Council), and shows us how political greed and the corporate desire to make money conspire to ensure that an overcrowded prison system keeps loading those inmates in.

This is a furious film, and rightly so. It asks ‘whose life do we recognise as valuable?’ and then provides the depressing answer with brutal clarity. Hearing the roll call of young, black, dead men, watching the systematic attacks on an entire community and seeing how this situation has existed for decade after decade in different forms it is impossible not to think that to be black in America is to live with a kind of post-traumatic stress disorder, day in and day out. By stripping back the lies and obfuscations and showing the reality of what it feels like to have the weight of the nation’s legal and political infrastructure pressing down on you, DuVernay has made the most important film of the year.

If it doesn’t win an Oscar in February she’ll have been robbed.