Jules Verne’s classic 1864 novel hasn’t dated all that well, now we have a greater understanding of what truly lies at the centre of the Earth, and Henry Levin’s movie adaptation from 1959 is similarly old-fashioned in terms of its style and tone.

There’s always a charm to vintage action and adventure movies, but Journey to the Center of the Earth isn’t the best example. It backloads too much of the action and visual effects (which modern eyes won’t be thrilled by in the slightest), and screenwriters Charles Bracket and Walter Reisch’s attempt to lend more structure and “roundness” to Verne’s tale is a valiant effort suffering from limp pacing.

While I can watch a two-hour movie from the ’50s and ’60s made in much the same style as Journey, that’s usually because the characters and plot keep my interest and the special effects have a personality to replace effectiveness. Here, everything’s a little too stiff. 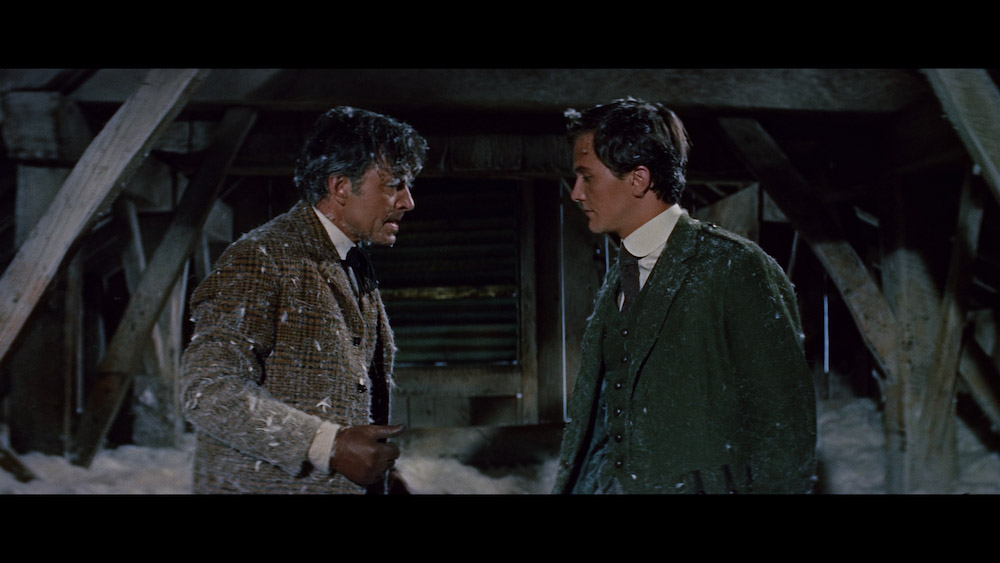 A recently knighted Scottish geologist, Sir Oliver Lindenbrook (James Mason), receives a strange rock from an admiring student, Alex McEwan (Pat Boone), which he soon realises contains a “plumb bob” inscribed by famous scientist Arne Saknussemm. The inscription leads Lindenbrook to theorise that Saknussemm discovered a passage to the Earth’s core almost 300 years ago, so he decides to follow in the great man’s footsteps by leading an expedition down the mouth of Iceland’s Snæfellsjökull volcano. 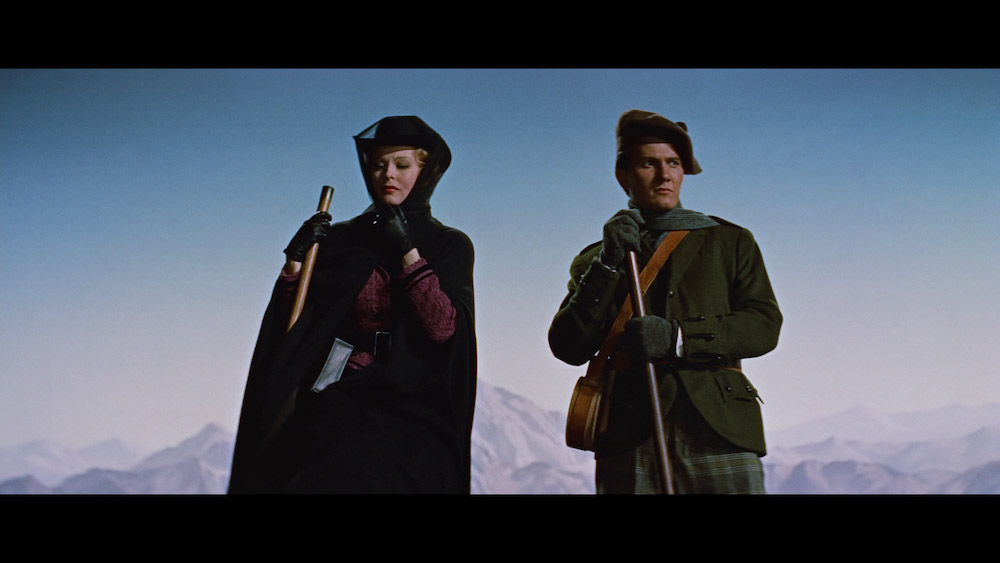 Journey to the Center of the Earth was co-written and produced by writer Charles Brackett, famous for his collaborations with Billy Wilder in The Lost Weekend (1945), Sunset Boulevard (1950), and others. He’d written Titanic (1953) with Walter Reisch to Academy Award-winning effect, and knew Reisch was a would-be biographer of Jules Verne, so this project seemed tailor-made. Joseph M. Schenck (the studio exec who founded 20th Century Fox) partnered with Brackett on the $3.4 million movie adaptation, which they handed to director Henry Levin.

For a long time, actor Clifton Webb was everyone’s top choice to play Lindenbrook, but after he underwent major surgery they had to cast James Mason instead. It probably helped that Mason was no stranger to the work of Verne, having starred in 20,000 Leagues Under the Sea (1954) as Captain Nemo. American singer Pat Boone had already been cast as Lindenbrook’s sidekick McEwan, having more started making a name for himself at the movies with April Love (1957), but was only convinced to take this part because they crowbarred in a few songs and offered him a 15% cut of the profits. The film eventually grossed $10 million, so Boone probably walked away with about $990,000. 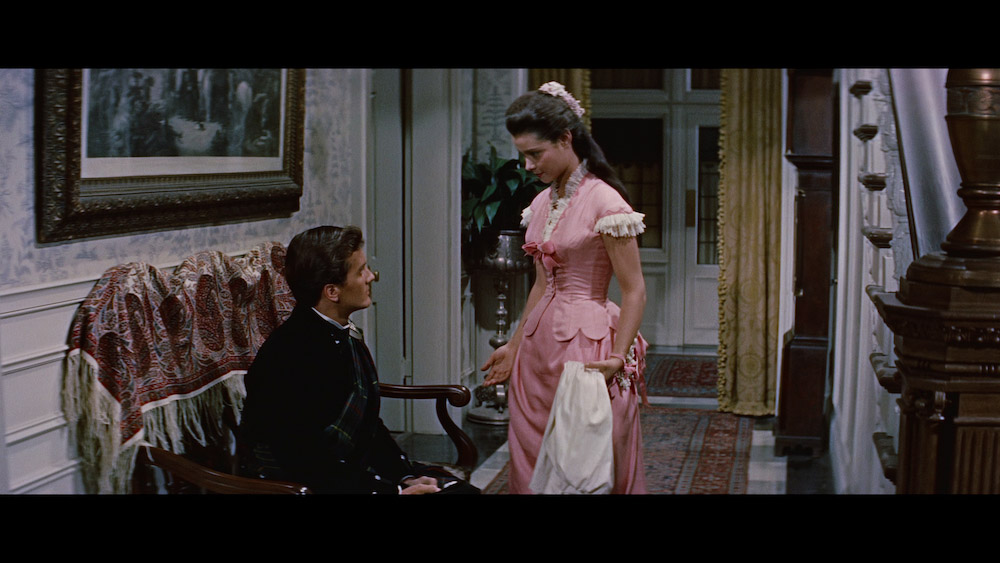 The problem with Journey as a movie is it’s rather dull.

Things begin relatively well, with Lindenbrook and McEwan beginning their adventure after discovering the secret contained with a strange lump of volcanic rock, then the stakes raise with the appearance of a rival adventurer (reminding me of Sir Walter Scott and Roald Amundsen’s race to the South Pole), and the plot takes an unexpected turn involving a murder.

There’s even some good moments of comedy early on, involving a duck whose pecks Lindenbrook and McEwan mistake for a foreigner trying to communicate using Morse Code, or unintentional fun with just how cheesy the movie and its dialogue can come across decades later. The worst culprits being Lindenbrook’s students forever bursting into song whenever he’s around, or so it seems, or a moment when the explorers randomly break into a jig around some giant underground mushrooms. 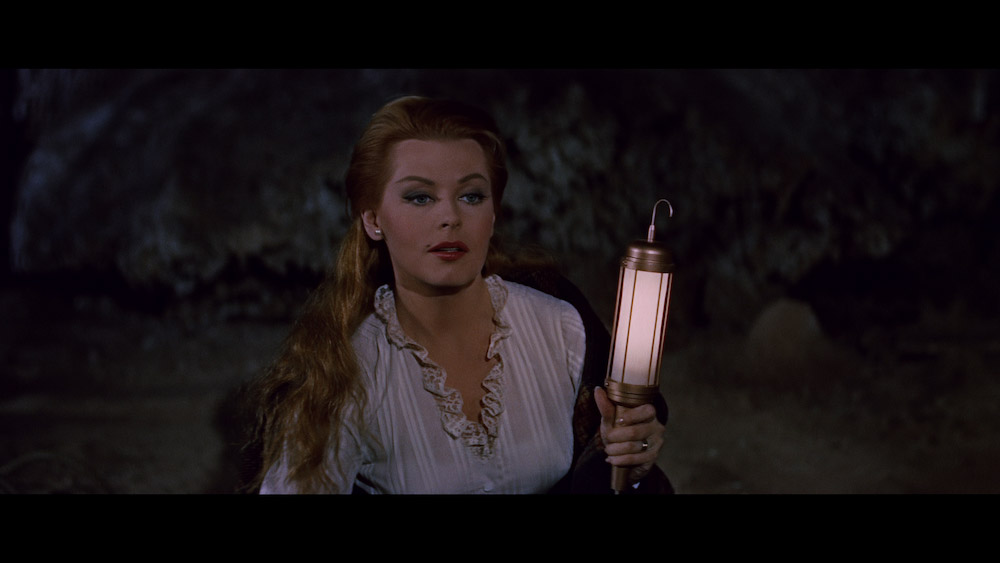 Trouble is, once the action moves beneath the earth’s crust, expectations raised by the movie’s OTT poster art aren’t met. In fact, it’s largely just a continuous trek down dark passageways and caves, perhaps with the odd moment when something more visually exciting happens. But the big and expensive events don’t materialise until the third act, and then it’s no better than seeing rhinoceros iguanas (with glued-on appliances) standing in for fearsome Dimetrodons. It’s the type of unconvincing stand-in ‘monster’ sequence that long ago fell into parody.

It’s easy and wrong to pick fault at the F/X of a move that’s almost 60 years old now, of course, but the year before The 7th Voyage of Sinbad (1958) had been released. In comparison, Journey offers a very underwhelming ‘epic’ blockbuster, considering what was clearly possible back then.

Luckily, most of the actors are watchable enough. Mason’s the standout, mainly because of his fabulous voice, while Boone isn’t too bad as his enthusiastic protege (despite a wavering Scottish brogue). Dahl doesn’t get much to do as a ‘token woman’ (a character invented for this version), and the script has a tendency to have men patronise her. In truth, that’s accurate to how men of the 19th-century would have behaved towards the opposite sex, and the late-50s was hardly a period of sexual enlightenment either… but it’s still a little uncomfortable when your hero makes sexist remarks. 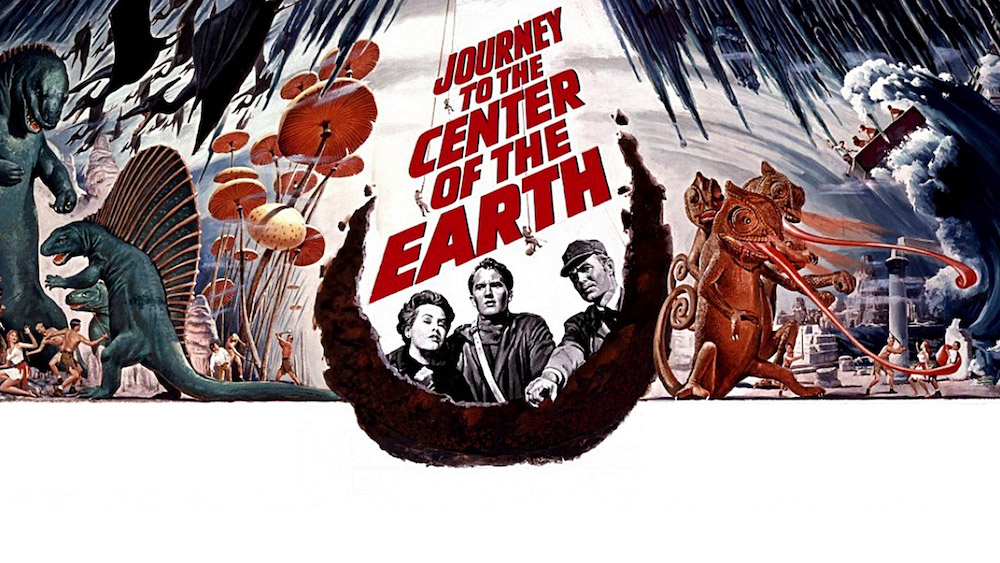