It’s been a while since a TV show has frustrated me on so many levels the way Netflix’s Jessica Jones has. With the release of its third and final season (Marvel announced that any future series would be exclusive to Disney+), the trials and tribulations of our favourite superpower private eye have come to an end. And it’s an ending that’s sure to frustrate some, but at least it was an ending.

If you haven’t watched season 1 and 2 of Jessica Jones, I encourage you to start there before tackling this final instalment. The story really builds on itself, especially in terms of character development, which is the driving force behind the drama. To jump in now will, at best, leave you with a sense that you’ve missed out a punchline everyone else is getting. At worst, you’ll hardly understand what the fuss is about. 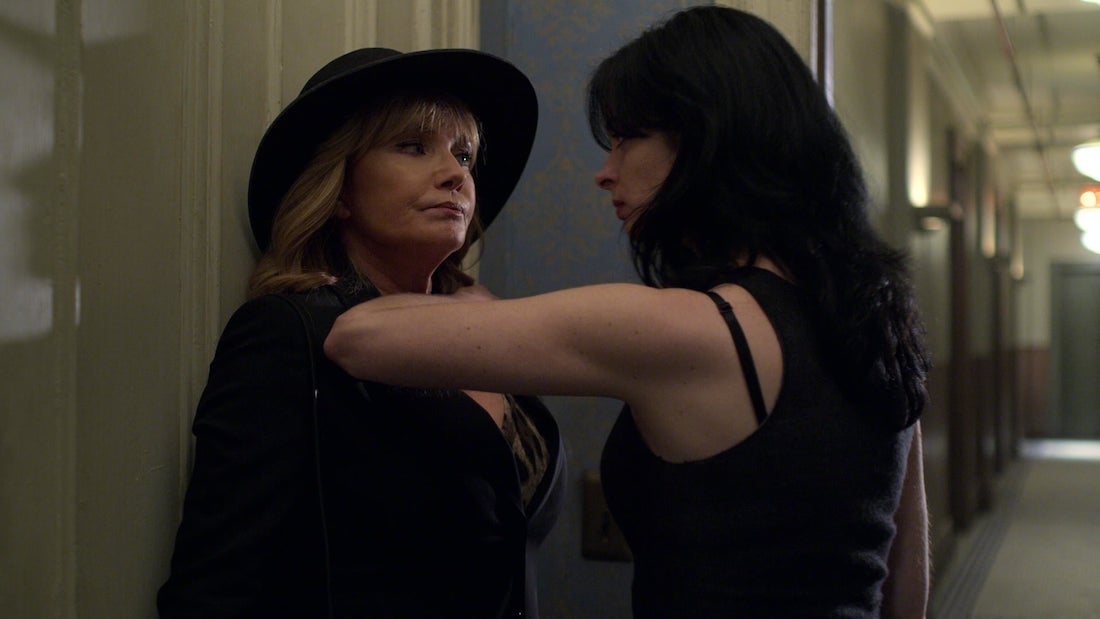 This time around Jessica Jones (Krysten Ritter) is hunting a notorious serial killer who’s managed to stay under the radar for decades—his victims chalked up as missing persons—until a chance encounter puts Jones and the killer on a collision course.

The latest season opens with Jones trying to put get life back to “normal” after her brief but memorable stint as a superhero. She’s back to her old cynical self, having lost her mother to a bullet fired by her best friend Trish Walker (Rachael Taylor): hating the world, but reluctantly doing what she does best and investigating crimes. 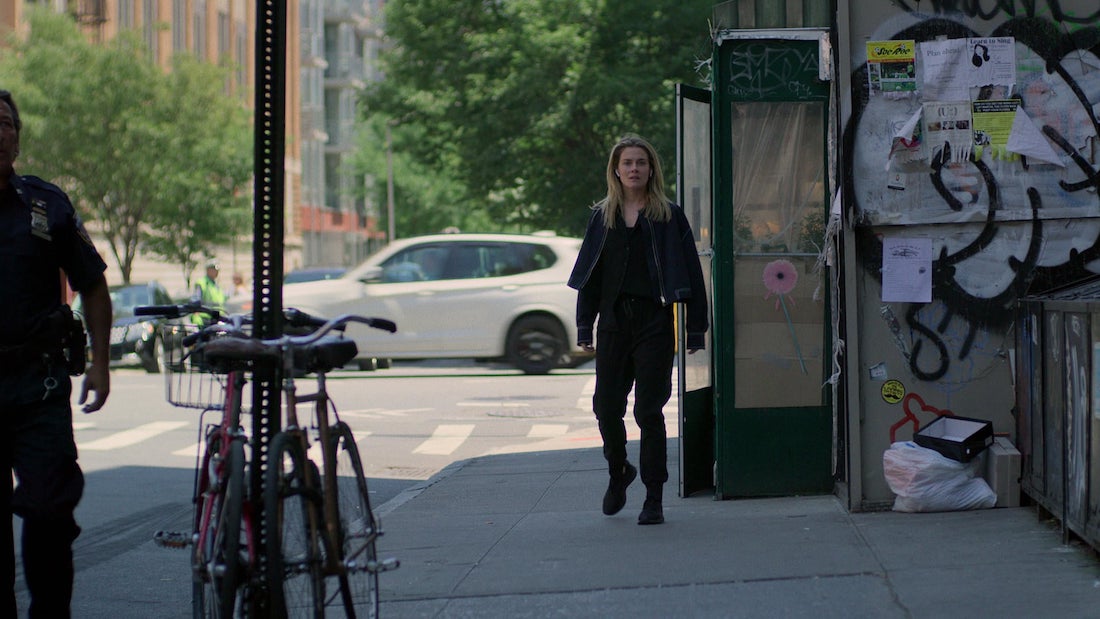 Her detective work brings her to a chance meeting with Erik Gelden (Benjamin Walker) and, almost immediately, Gelden’s bad luck rubs off on Jones with a near-death experience before their first night together is over. In Gelden, the writers have something we don’t often see if comic-book films and TV shows, a character who uses his/her powers for less than noble reasons but isn’t a villain at heart. He’s a con man, but he’s not out to really hurt anybody.

Gelden is also the alter-ego of a Daredevil character, ‘Mind-Wave‘, but fortunately the writers don’t invoke that silly nickname and the character’s different on the screen compared to in print. Gelden proves to be one of the most complex characters of the whole season, actually. He’s a victim of his own gift (he can detect evil in others but it causes him physical pain), has a self-destructive nature, gambles and drinks… so, in many ways, he’s the perfect companion for Jessica Jones and the show at large. His allegiances aren’t always clear and his actions lead to terrible consequences. 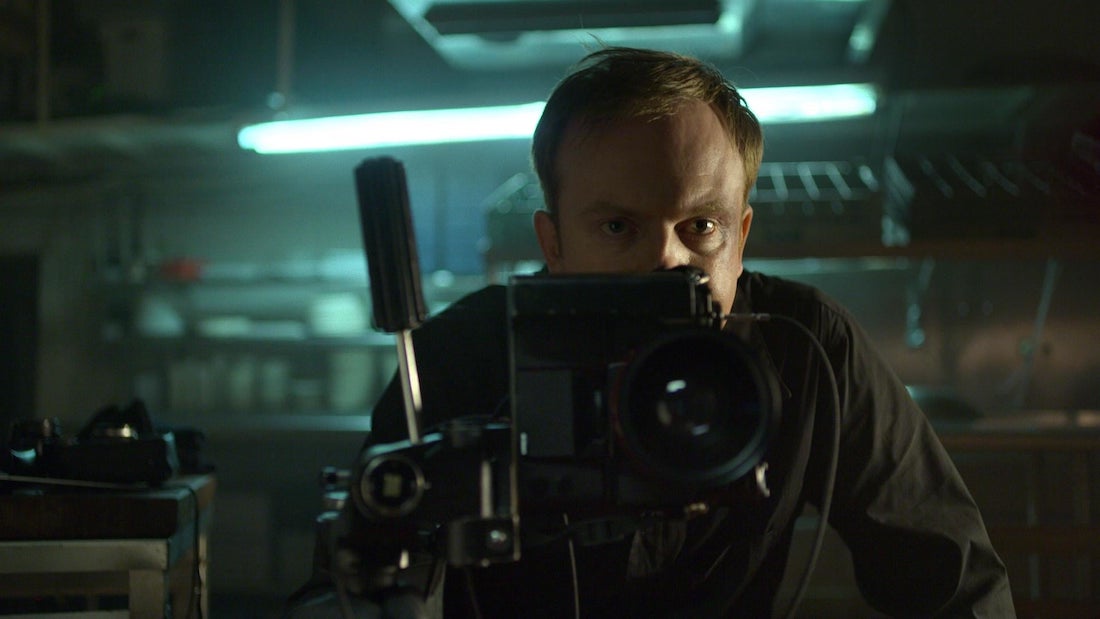 Surprisingly, Gelden is critical to key points of the story for both Jessica and Trish, which is why it’s baffling the way he comes and goes throughout the season. There are entire episodes where Gelden is strangely absent, only for him to show up in the next episode at just the right moment. It feels like a cheap plot device to have him often appear only to get Jessica and Trish out of trouble.

Gelden’s connection to the true antagonist of season 3, Gregory Sallinger (Jeremy Bobb), is one based on happenstance. Looking for a mark, conman Gelden finds Sallinger but can’t tell what skeletons are in his closet (his evil-sensing powers aren’t that specific) but he knows there’s something sinister about Sallinger so tries to blackmail him anyway. And after it backfires in a bloody way, Jones is dragged into the case knowing Sallinger’s a cunning and ruthless murderer. Sallinger himself seems excited by the challenge of being hunted by the super-powered Jessica. 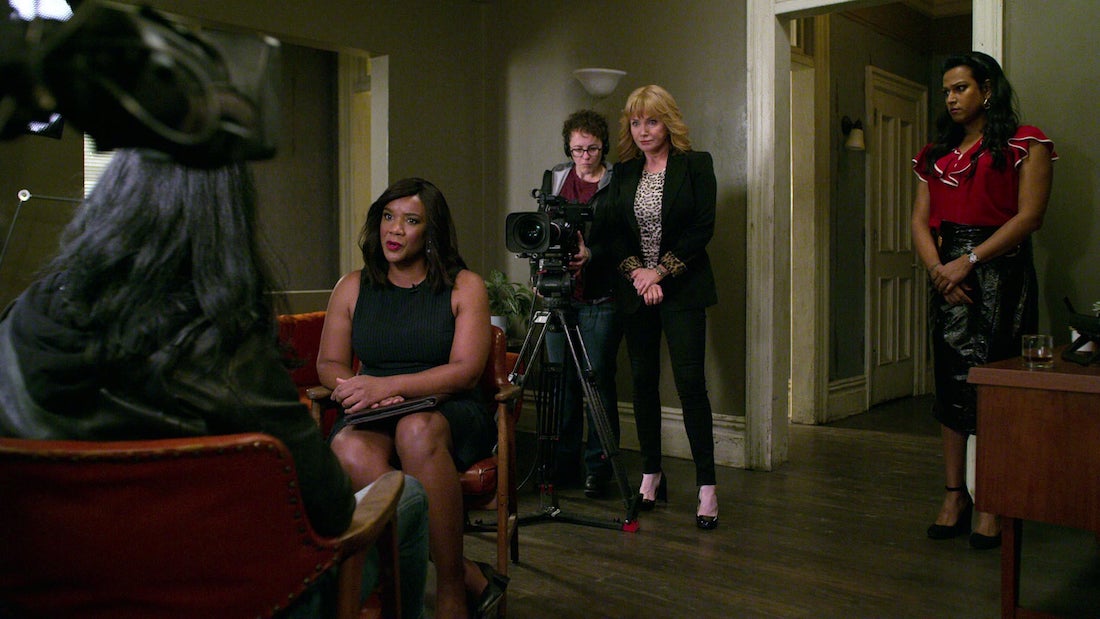 Sallinger is closely related to the comic-book source, where he’s also known as ‘The Foolkiller‘ (again never mentioned in the series), with similar motivation about despising those who have have been things in life “they don’t deserve”… like Jessica Jones and her super-powers, of course.

While Sallinger himself isn’t super-powered, he’s highly intelligent and a master of manipulation. His great success isn’t the multiple murders he’s gotten away with, but in turning public opinion against Jessica Jones. Bobb (The Knick) does a solid job as Sallinger, although it often like he’s being restrained by the material. At times the script gives him room to develop the truly sinister nature of his villain, but at other times Bobb is almost fighting for attention because Sallinger isn’t the real focus of the season. 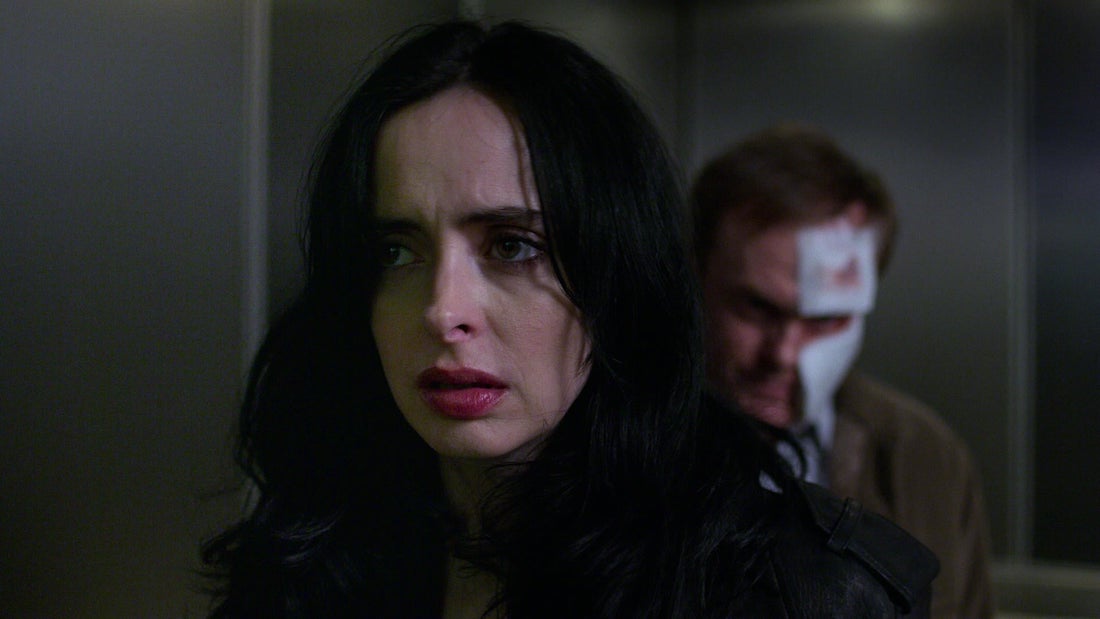 In fact, over two hours of screentime passes before we’re even introduced to Sallinger, who then doesn’t do much until episode 3’s “A.K.A I Have No Spleen”. The decision seems baffling. Why would the writers hold back their big villain for so long? But then what season 3’s really about becomes clear: it’s a symphony of two character arcs, Jessica and Trish’s, and only briefly do they intersect. Although they’re effectively sisters, the characters are at odds throughout most of the season and their friction is often the key conflict of the storyline. It’s a sleight of hand by the writers, who know audiences will be expecting the pinnacle of the story to involve a showdown between Jessica and Sallinger… when in reality it’s all been about Jessica and Trish.

The beauty of this decision isn’t just with the cleverly deceptive storytelling, but in a dawning realisation that the entire series has been building towards this. Trish’s envy and resentment of Jessica has always been there, as she’s secretly wanted to be Jessica because she believes she could do better of being a superhero. 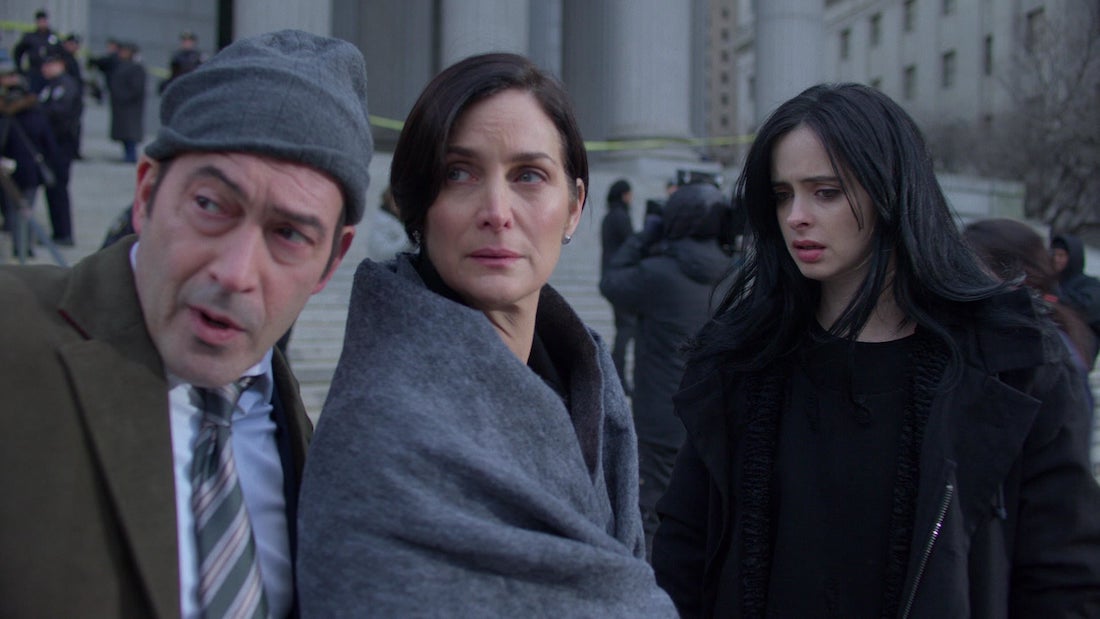 Rachael Taylor has been one of the more under-appreciated actors on the series. From NYC media star to drug addict to scorned lover to faithful sister and more, she’s morphed seamlessly to portray the ever-complex Trish Walker. Her final iteration as this show’s version of ‘Hellcat‘ (a popular character in the Jessica Jones pantheon) isn’t likely to please the comic-book faithful, but it’s just right for this series.

In many ways, Taylor’s performance and Trish’s transformation this season steal a great deal of the spotlight from Jessica herself. It’s not that Ritter delivers a subpar performance this year, it’s just that Taylor becomes a scene-stealer and her character is generally more compelling this time. Maybe this was intentional, but it seems like a miscalculation. As good as Taylor is, this isn’t her show! There’s a flashback where Trish remembers getting her first major TV role and how, with her mother’s encouragement, she stole the lead when the opportunity presented itself. I’m not sure the writers realised that life was imitating art here.

As the series winds down forever, Jessica Jones felt more like a spectator in her own story. For too much of this third season, she was watching events instead of being the impetus behind events. It leaves a bittersweet taste knowing the series is now complete on Netflix, but Jessica’s story feels far from over.