When Hiccup discovers Toothless isn't the only Night Fury, he must seek 'The Hidden World', a secret Dragon utopia, before a hired tyrant named Grimmel finds it first.

The How To Train Your Dragon saga is one of Dreamworks’ most successful franchises, combining a Viking-influenced coming of age story with fantasy elements and spectacular animation. It was a thrill, with audiences squarely in the driver’s seat as we experienced flying through the air on a dragon. That scene from the original was so popular it was included in a travelling Dreamworks Animation exhibition. At the same time, the general plot was intriguing, with Hiccup (Jay Baruchel) and Toothless’ charming relationship anchoring the story.

The third (and last) film in the series, How To Train Your Dragon: The Hidden World, thus had a solid formula to depend upon. All it had to do was provide us with more breathtaking flying scenes, sweet moments between the humans and their dragons, and a straightforward plot. 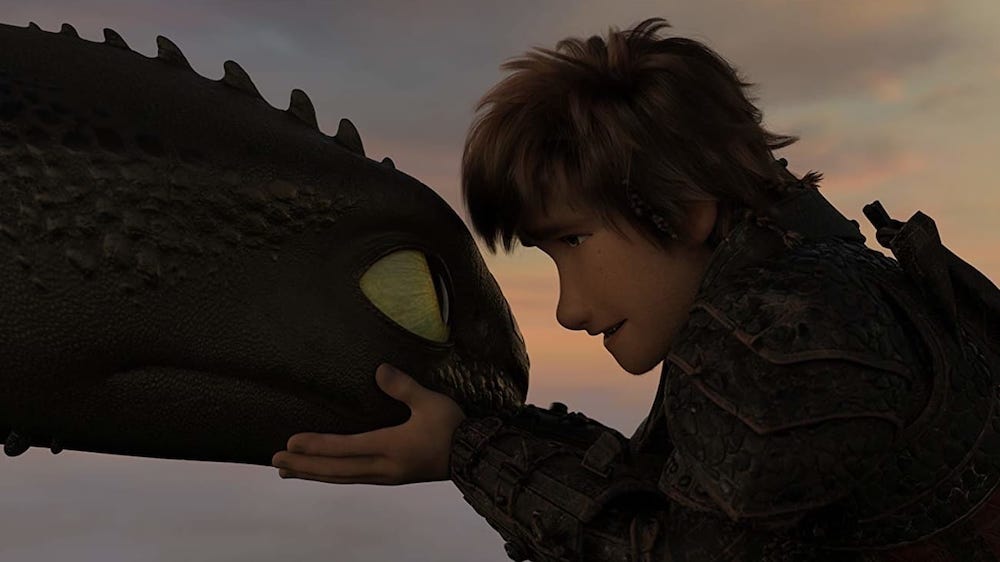 However, returning director-writer Dean DeBlois has sacrificed a lot of these moments in a rush to get to an ending. Maybe it’s because that ending was already written in stone: the author of the children’s books that the films were based on, Cressida Cowell, has said the How To Train Your Dragon: The Hidden World would follow the same type of ending as the source material. Without spoiling things, suffice to say that, in order to get there, the film needed to put the heroes through a life-changing experience and then wrap it all up in a bow within 104-minutes.

That’s a huge challenge and the first 45-minutes of How To Train Your Dragon 3 inevitably feels like a string of unrelated storyboards that have been animated and lumped together. The movie jumps from one pivotal plot point to another, skipping any and almost all connecting scenes that would’ve helped the audience truly understand what’s going on, especially in terms of the emotions the characters go through. Audiences aren’t given the benefit of experiencing the story in real-time; so it feels more like we’ve been shown a highlights reel. 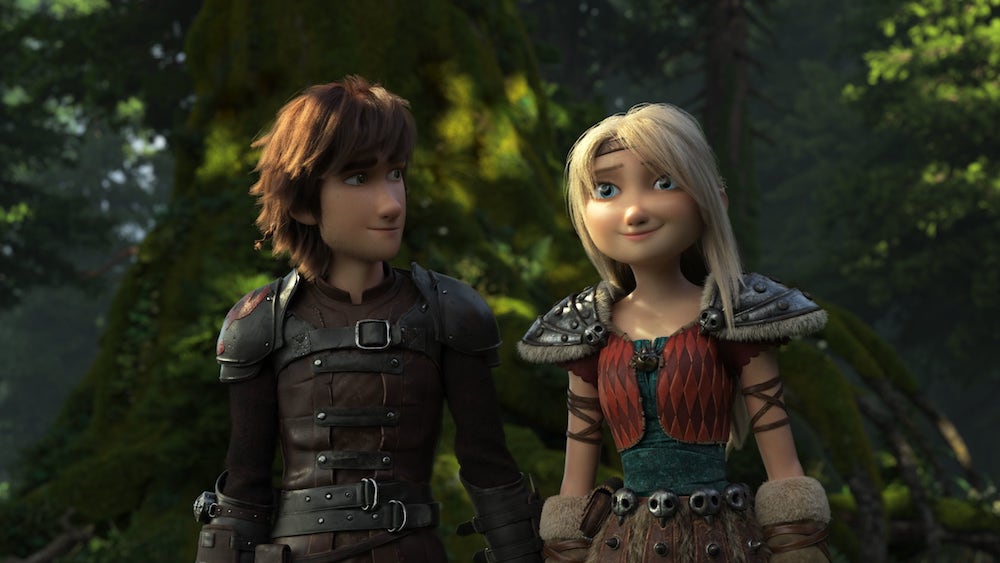 This makes the film tiring to watch and exposes its flaws. The How To Train Your Dragon trilogy has never been shy about what it is: a coming of age story targeted at children, which means that there are plenty of inspiring speeches about doing the right thing. However, the previous instalments managed to avoid falling too far into mawkishness because they were, quite simply, stunning to watch and experience. We were always smitten with Toothless, and waiting for the next moment where we could see the connection between the riders and their dragons. All its flaws were therefore masked through clever misdirection and plenty of charm.

In How To Train Your Dragon 3, there’s no time to spend on lovey-dovey shots between Hiccup and Toothless. Those are cut in favour of stuffing more plot points into the narrative. This breakneck pace causes the film dearly, as jokes don’t have time to land properly, fight scenes are rushed, and exposition is unusually heavy-handed in order to get the point across as quickly as possible. As a viewer, this means we don’t get a chance to breathe and process anything before the movie’s onto the next hard decision Hiccup has to make.

The screenplay, in particular, is noticeably weaker than the previous two. Everyone has ended up with cringe-worthy lines that feel taken from an ‘inspirational quotes’ website. Astrid (America Ferrera) and Valka (Cate Blanchett) also end up taking on stereotypical ’supportive women’ roles, reduced to their ability to convince Hiccup to make the right choice. That was infuriating to see, especially one compares their portrayals in the previous films. These were women who’d gone through their own struggles, yet were willing to sit and watch Hiccup make bad decisions on behalf of an entire village.

As for the rest of the cast, mostly used as comic relief, they’re shortchanged because the story moves so fast their jokes become an annoying distraction. When there’s so much plot to muddle through, who cares about what Tuffnut (Justine Rupple), Snotlout (Jonah Hill), Fishlegs (Christopher Mintz-Plasse), and Ruffnut (Kristen Wiig) have to say? Even the villain, Grimmel (F. Murray Abraham), was unable to make an impression, being a generic bad guy who hates dragons. Why? I’m not sure. What about the new Light Fury that attracted Toothless away from Hiccup? We aren’t told much about her either; she exists to be the damsel in distress, captured and used as bait.

How To Train Your Dragon: The Hidden World does redeem itself in the last quarter-hour, thanks to scenes where we finally get to take a breath and spend time with Hiccup and Toothless. It’s sad, though, because it just makes us realise how much we were yearning for moments like beforehand.

In the end, one has to wonder why this film was famously multiple times, from mid-2016 to 2017, then 2018, and now finally arriving in early-2019. Did that have anything to do with the seemingly rushed final result here? It’s clear the sequel would’ve benefited from another half-hour of runtime to allow the plot some space to breathe in between the fights. However, considering the film begins with no recap of previous events, maybe the How To Train Your Dragon films have simply drifted from memory? Maybe. If that’s the case, would it have been better to do Harry Potter and the Deathly Hallows-style, and split this last story into two parts? That’s a possibility, but then it would definitely require the films to have extra scenes at the beginning recapping the events of the previous films.

Written By
Charing Kam
More from Charing Kam
Just as we were talking about new characters being introduced slowly, Jessica...
Read More