An Austrian conscientious objector refuses to fight for the Nazis in World War II...

Some images never lose their power. 80 years may have passed, but the footage of Adolf Hitler’s rallies that open A Hidden Life still evoke deep disgust and dread. They’re dark images; mechanical and thoroughly inhuman. Or perhaps they are part human and that’s what makes them shocking. What we recognise in people—goodness, autonomy, humanity—is twisted and shaped into a distressing machine-like representation of ‘people’ designed and enacted by fascism and dehumanisation.

Miles away, in what may as well be another world, we find soulful humanity that feels near-miraculous, in the shadows of the Austrian mountains. Here, in the village of St Radegund, we meet married couple Franz (August Diehl) and Fani (Valerie Pachner), who flirt and play as if they were lovesick teens. They farm their land with loving dedication, scything wheat and planting seeds. It might be long and arduous, but they have devoted patience to their work, knowing what they do will sustain the land for years to come.

At the core of these characters is an understanding of values, of quietly knowing why they do what they do. Their village sits above the clouds; heavenly but tangible, like Franz and Fani themselves. They’re good people but they’re not deities. They’re quietly heroic but thoroughly human. What makes their choices so powerful is that constant internal struggle, their unwavering beliefs battling against the need for self-preservation. Should Franz save his life or his soul? 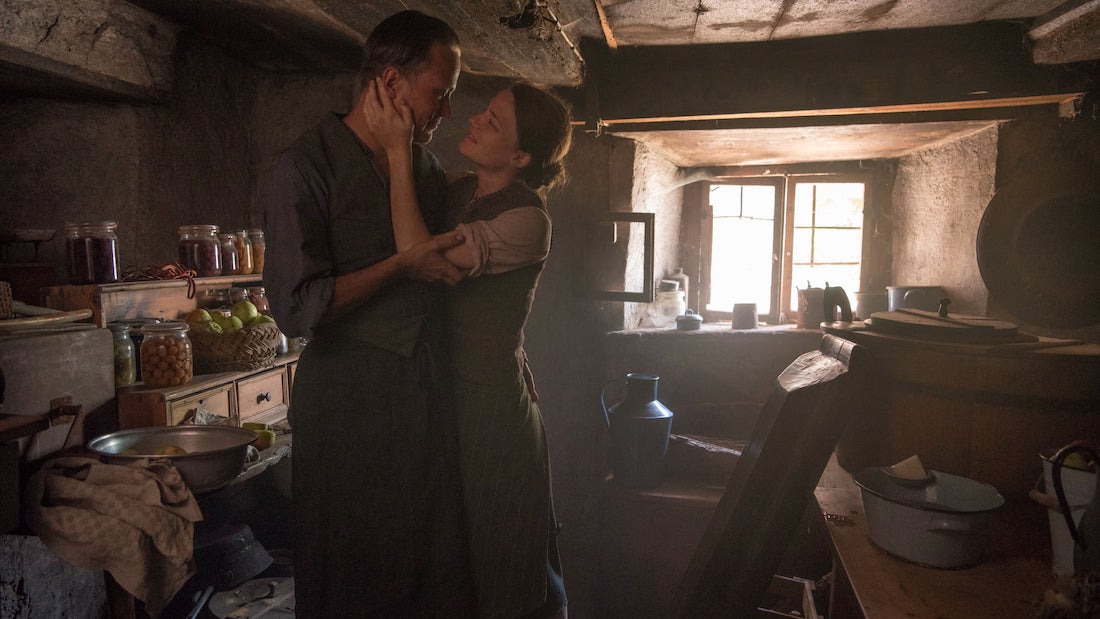 Based on a true story, A Hidden Life is an epic odyssey that follows Franz Jägerstätter’s refusal to give in to Naziism during World War II, even as his resoluteness pulls him away from his family, imprisons him, and eventually threatens his life. Director Terrence Malick has tackled WWII before in the spectacular The Thin Red Line (1998) but A Hidden Life doesn’t resemble that film or any other war movie. That might be because not only is the film anti-war in its beliefs, but it is anti-war in its delivery; maybe even against war films as a genre.

Only one bullet is fired in the film’s 174-minute runtime, and that’s off-screen. The film’s violent but it’s the violence of the mind. So much cinema set during WWII emphasises battles and blood, and while that’s produced some incredible work, Malick’s mode of filmmaking wonders whether there\s any more to be taken from that approach. It might be epic filmmaking, but it’s not epic in a Saving Private Ryan (1998) manner. It’s epic in an internal way, as Franz and Fani’s inner lives provide an emotional scope that matches Malick’s breathtaking panoramas. It’s a vast, swirling film that’s ever-flowing and mournfully yearning for memories and places and time that can be snatched away by tyranny.

Yet Malick’s most astonishing achievement is grounding that wide-screen approach with specificity and idiosyncratic detail that enables true intimacy. This is Jörg Widmer’s first time as cinematographer for Malick and his work here is extraordinary. Particles of dust sparkle in rays of light, while the wooden floors of the home are examined with an almost childlike curiosity. As in Malick’s The Tree of Life (2011), the absolute closeness of the camera to its subject—whether that be Fani’s face or blades of grass—feel exploratory and inquisitive. The camera floats, follows, and investigates; it all feels so pure and full of wonder. 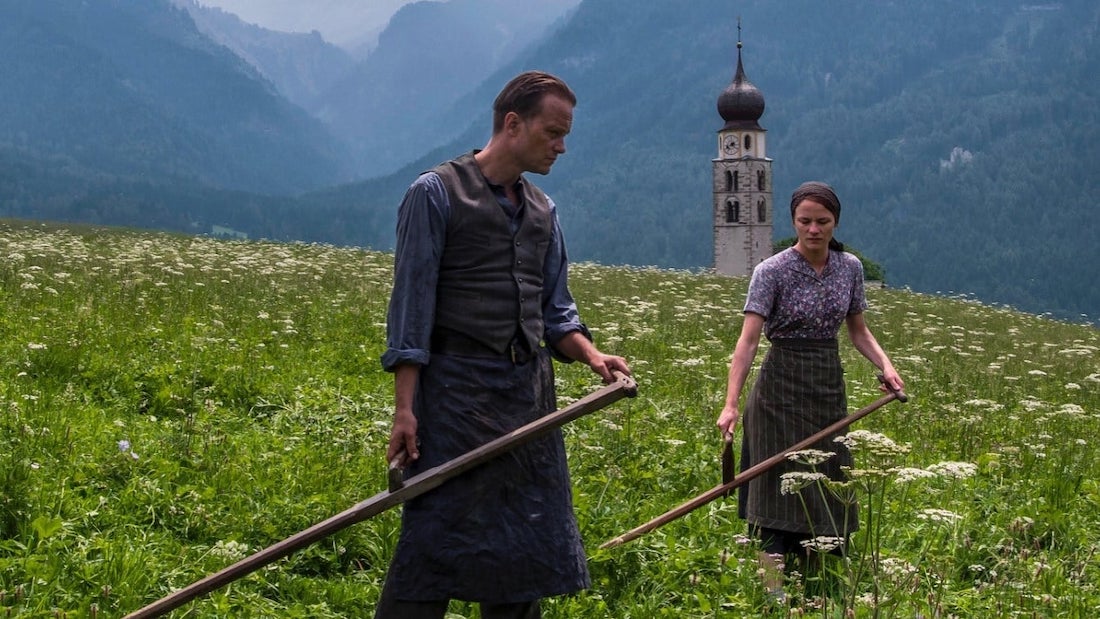 And here, in these images, you find that hidden life quietly lived away from violence and fascism. That hidden life might be the literal, or it might be the life of the mind—the freedom of independent thought and choice that allows people like Franz and Fani live the life that means so much to them and their children. The landscape’s emblematic of that freedom: a lived-in oasis of waterfalls and misty mountains. Malick’s vistas are so huge they’re almost dizzying, as the skies are impossibly vast and the camera’s at a slant so it feels as if Franz and Fani could float off the ground at any moment.

But it all feels so cruel. It’s seeing heaven and knowing it can’t last. Soon, Nazi soldiers arrive and the village suddenly feels vulnerable. The storms might destroy it, or the mountains might collapse and crush it. Franz’s villager friends soon become his enemies when they learn that he refuses to become a soldier for a cause he doesn’t believe in. The villagers don’t see their side of things as complacency, they see it as loyalty. Neighbours begin spitting at Fani and casually stealing her food. One neighbour takes her vegetables with an unashamed shrug that feels like a slap.

Here is where Malick’s film feels perhaps most essential and urgent. While Franz and Fani refuse to give themselves over to the violent nationalism, they’re virtually the only dissenters. They’re made to feel like pariahs—as if their beliefs are only for show and the only one capable to make judgements is God. Judgement is a recurring theme, too—in one devastating scene, a Third Reich judge (the impeccable Bruno Ganz in one of his last roles) almost fearfully asks Franz if he’s judging him. To so many of these people, being the subject of judgement is the worst possible outcome, and to judge someone is to appoint oneself as above the rest. The hypocrisy, of course, is that these same people judge Franz and Fani for their objections. 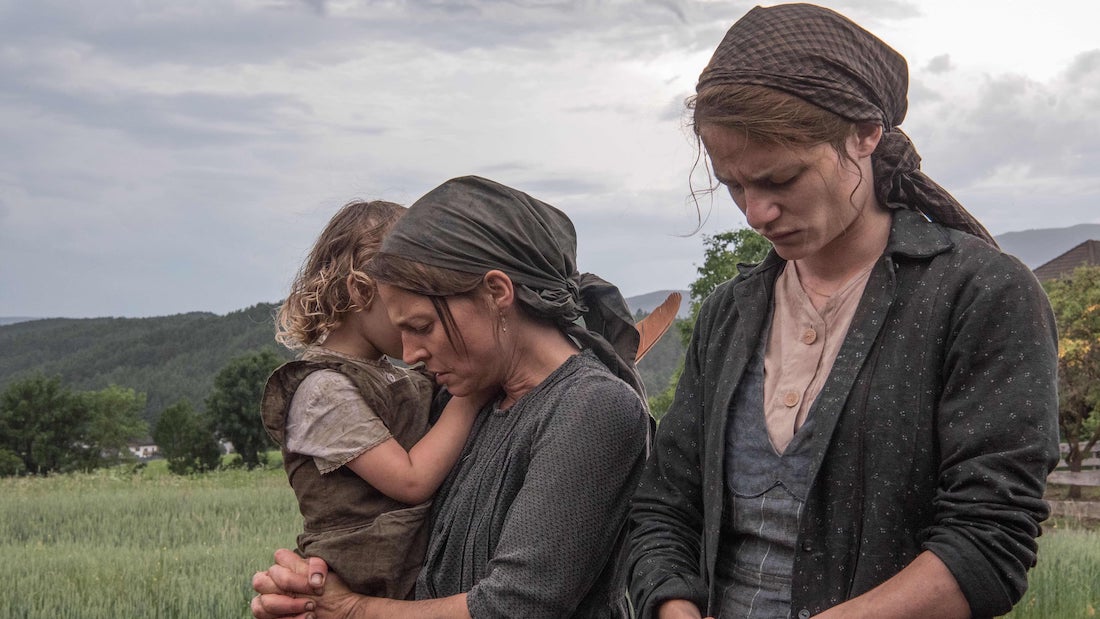 It’s frightening just how easily the villagers and soldiers tolerate if not outright support the Nazis. Their prevailing attitude is that to dissent is futile. Franz’s time in jail and his sub-human treatment at the hands of the German Army is all designed to wear him down, to give in to an inevitability. It’s done with the brute force of guards, and the terrifying machinations of men in suits who visit Franz. They tell him nobody will hear his objections, so why bother? The war will continue regardless. But Malick, who also wrote the film, believes in Franz, and in the quiet dignity that comes from doing the right thing even when nobody sees you doing it.

This can all be applied to the modern-day, but Malick is a filmmaker devoted to the time and place of the story; if the parable for our present and the current rise of fascism is there, he lets us make the link on our own and refuses to delve into didacticism. It’s our own slow realisation this can and might be happening again that’s most horrific. But Malick is not a pessimist or a fatalist; he believes that we can find hope in the strength of our conviction. When the situation grows dire for Franz, the film still finds space for beauty. Franz stops to look at the sky above the shackled prisoners as they shuffle through a dusty courtyard, while later, he plays with a caterpillar crawling over the letter he’s writing to Fani.

The cell he’s kept in is oppressive and suffocating, yet sunlight still creates shadows on its walls, the hint of nature and its freedom trying to breakthrough. Under these circumstances, Franz still makes choices. He gives his food to a hungrier prisoner and helps up a doomed friend when he falls. Back in the village, Fani continues the work. She bakes bread, harvests the wheat and plays with her children. She embraces the solidarity and friendship when it appears in increasingly rare forms, and travels to Berlin to support Franz. 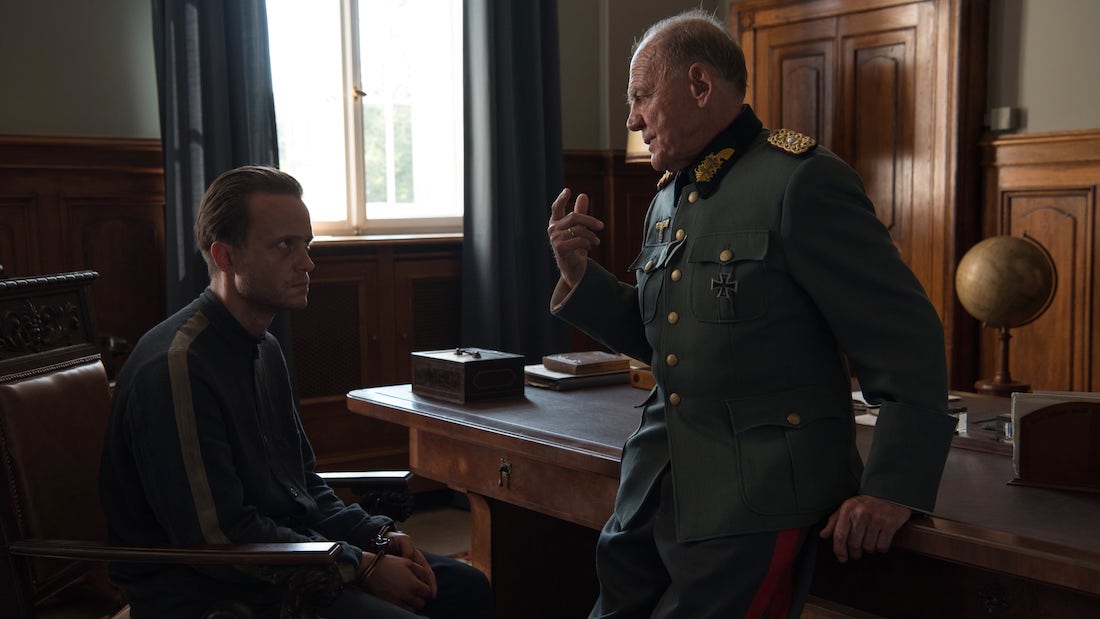 And in one scene—perhaps the most moving—the two are briefly reunited and it’s revealed just what makes these people so remarkable: their total understanding and acceptance of each other. Despite the knowledge of what might happen to him, Fani supports Franz’s decision not to relent. In a film solely about people who don’t understand or accept opposing thought, the scene between them offers catharsis and the saintly suggestion two people can love each other so deeply they’ll understand the awful choices they must make.

“What has happened to our country? To the land we love?” asks Franz earlier in the movie. Even as that land is quietly poisoned, the noble decisions that Franz makes mean that his mind will always be free to wander amongst the trees in the sunlight. In one scene, he visits a man who paints images of Jesus on the walls of a local church. He says that he is always painting Jesus with a halo, peaceful and unharmed because the villagers would not be ready to accept the pain he suffered. One day he will create that painting.

Malick’s film is that painting; a turbulent portrait that highlights a truth that many might not be able to accept. The question is often asked in our culture of “what would you have done during World War II?”, and A Hidden Life paints that question across a complex, philosophical canvas. But it’s also literal and immediate and doesn’t hide how urgently it believes that must resist fascism—for the sake of ourselves and the world. It can’t be done easily and it might be done in hidden rooms, the film seems to say, but it must be done. It’s one of the most potent films about the degradation that fascism assaults one’s mind and body with, while also being one of the most moving depictions of human understanding. “One day we will know what this was all for”, says Fani towards the end of the film. Perhaps we won’t, but ‘one day’ is hypothetical; what matters is what we do now. 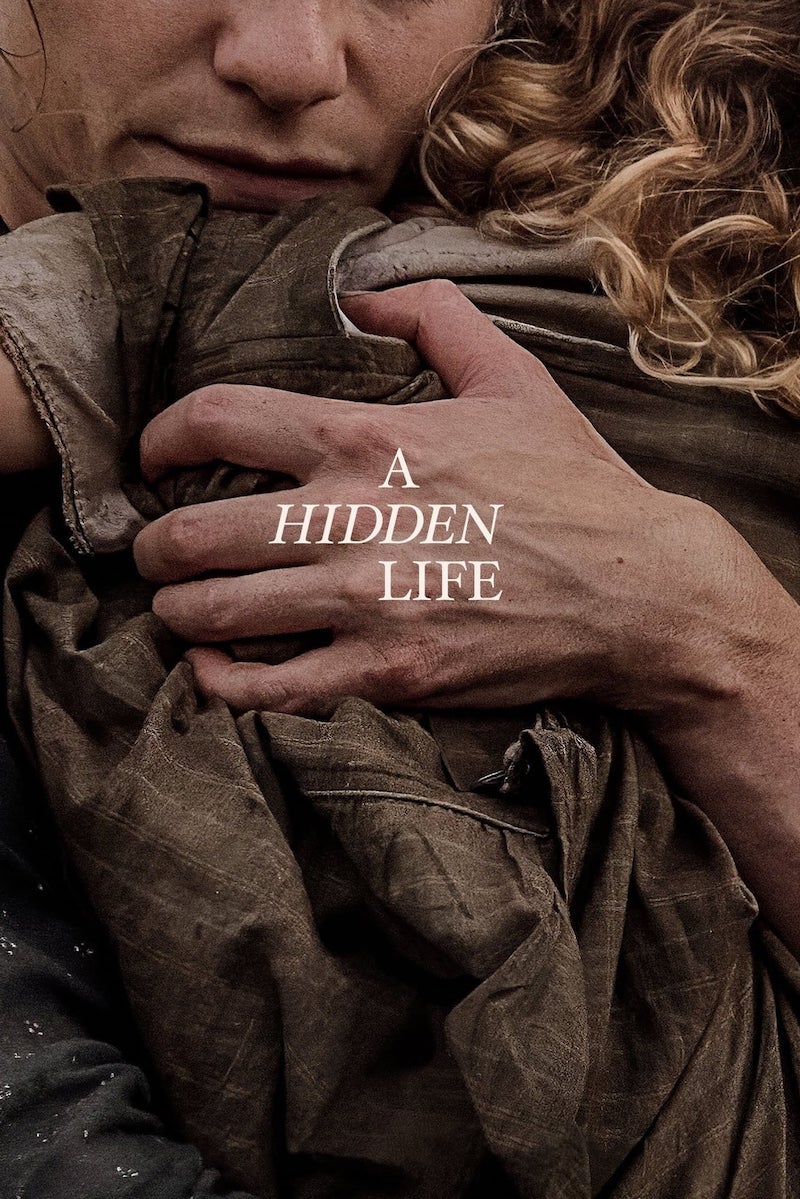