While it’s not completely dreadful, Ron Howard’s period actioner In the Heart of the Sea is a tepid attempt to bring excitement and conflict to the classic tale of Moby Dick, by telling the true story that inspired the book. The film is weakened by a lack of structure to its screenplay, an excessive insistence on hammering home exposition that audiences are clever enough to pick up on, and some of the most appalling CGI to find its way into a major studio production for a long time.

Set in 1820, the plot is that of the ill-fated maiden voyage of New England whaling ship the Essex, captained by George Pollard (Benjamin Walker), with Owen Chase (Chris Hemsworth) as its first mate. Cillian Murphy, Tom Holland, Frank Dillane and Joseph Mawle also feature as members of the crew. What happens to the doomed vessel leaves them in a story of desperation and survival, as they feel hunted by an uncharacteristically enormous and vengeful whale they’ve been warned about beforehand. In the Heart of the Sea can be neatly divided into two sections, with the first trying to establish characters and dynamics before the encounter with the whale, and the second following what occurs after that point as these men struggle to stay alive. 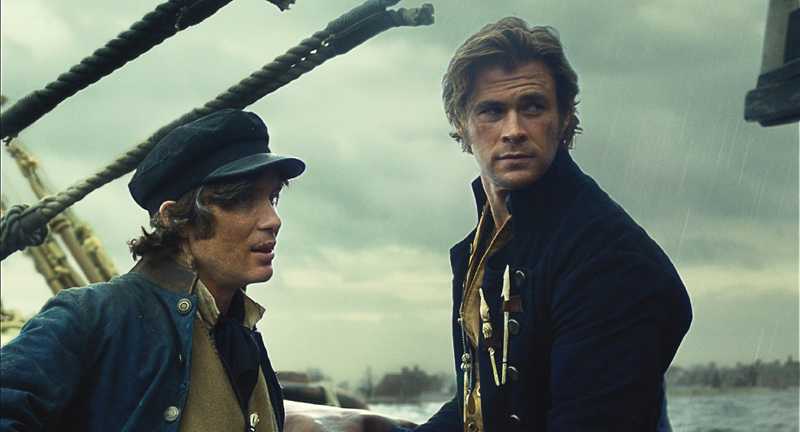 There’s no doubt Howard’s film has a solid foundation for strong storytelling, but it seems persistent in its urge to reinforce every little bit of plot with overly-clunky dialogue and awkward ways to explain character relationships. Perhaps the most obviously bad way it does this is with its framing device, which sees Ben Whishaw play Moby Dick author Herman Melville as he converses with one of the remaining survivors (Brendan Gleeson) of the disaster. The whole construct is narratively inert, and is constantly returned to during the film to only ruin the pace and flow.

Any conflict that the film does have feels strangely unearned or unconvincing, too, such as how Gleeson’s character refuses to talk to Melville while his wife (Michelle Fairley) insists he must to overcome his demons. That’s too on-the-nose, and just one example of Charles Leavitt’s script not doing the film any favours. A similar issue exists with the characters of Pollard and Chase, who have a rivalry that doesn’t build to any moment of resolution or purpose within the tale. The lack of payoff hurts the storytelling, as does the film’s inability to find something about the characters that’ll make us root for them. There’s one exception in Tom Holland’s Thomas Nickerson, who’s the closest we get to a sympathetic and challenging character with a real arc… but he still feels like he’s largely in the background for the majority of the film. 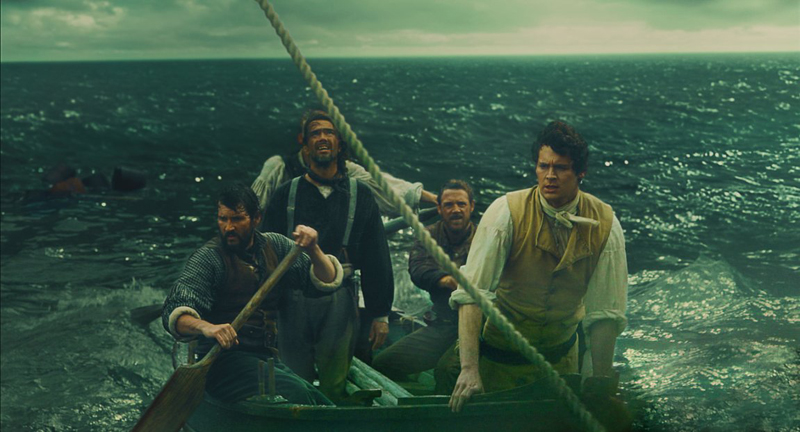 In the Heart of the Sea doesn’t express ideas as confidently as it wants to, but it does touch on the notion of wanting to have a purpose but only knowing how to do one thing fairly successfully (in this case, the dangerous business of hunting whales). It rarely feels like these characters want to be whalers (save maybe for Chase), but that it’s the only talent they have and the only option available. That lack of a sense of purpose gives way to a overwhelming feeling of hopelessness in the second half. This isn’t a rousing tale of survival against all the odds, it’s a story about people who would do terrible things to stay alive and it wisely doesn’t pretend there’s glory in that, more a desperation and the need to surrender to the power of nature. Because the second half tackles these themes more confidently, it ends up being considerably more compelling that the first. 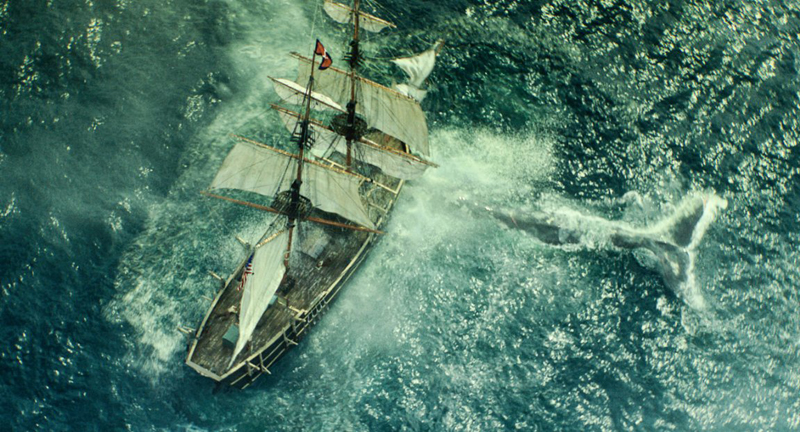 If there’s one thing that persistently drags this film down, though, it’s the thoroughly unconvincing visual effects work. There’s something about Howard’s wild, frenzied camerawork that’s completely illogical and turns the film into one of the most artificial looking pieces of work to grace the big screen in ages. It’s messy when it wants to be dynamic and nonsensical when it’s attempting to be exciting. The experience ultimately feels false because it’s so heavily drenched in fabrication. Maybe it would be better to skip the 3D, maybe it won’t make that much of a difference. It’s not just the effects that are at fault here, the editing and movements of the camera make no sense at all for this type of story.

As a director, Howard’s capable of much better than this, but he doesn’t do anything to improve upon an already undercooked screenplay devoid of heart or any sense of heft and importance. The clumsy look of the film further weakens it, and while some positives can be found in the capable performances and occasional expression of interesting ideas, In the Heart of the Sea is largely an overlong and overwrought film that feels like it’s making a great deal of effort to instruct you how to feel rather than doing the hard work needed to move audiences.

writers: Charles Leavitt (based on the novel 'In the Heart of the Sea' by Nathaniel Philbrick).