Ghost in the Shell, a big-budget Hollywood remake of the classic and hugely influential Japanese anime from 1995, comes with its fair share of baggage. The casting of white actors in Japanese roles (particular Scarlett Johansson in the lead role as Major), prompted outrage in some quarters, which in turn led to loud counterarguments of those who didn’t see the “whitewashing” as an issue. While Hollywood’s often guilty of lacking diversity in its lead roles, the matter is muddied further in a movie like Ghost in the Shell, where the protagonist’s only a human brain in a robotic body. The film is itself a story about identity, and explores the idea that what truly makes a person who they are is on the inside — arguably the point of the film is that the exterior ‘shell’ is unimportant. In light of that, let’s focus on the ‘ghost’ of the film — and that, too, is apt, given that this a film haunted by its animated forebear.

The movie is set in a futuristic metropolis where the line between man and machine is becoming increasingly blurred, and humans are routinely augmented with mechanical enhancements. Major (Johansson) is the first human brain to be successfully transposed permanently into a robotic shell, after an accident leaves her human body destroyed. Trained as an elite counter-terrorism operative, Major finds herself on the trail of a mysterious figure known as Kuze, while becoming increasingly curious about her past as she struggles with fragmented memories and trying to reconcile the biological and mechanical sides of herself. After all, if only her brain is real, to what extent is she still human? And if others have had access to it, can she even trust that her one remaining organ is still her own? 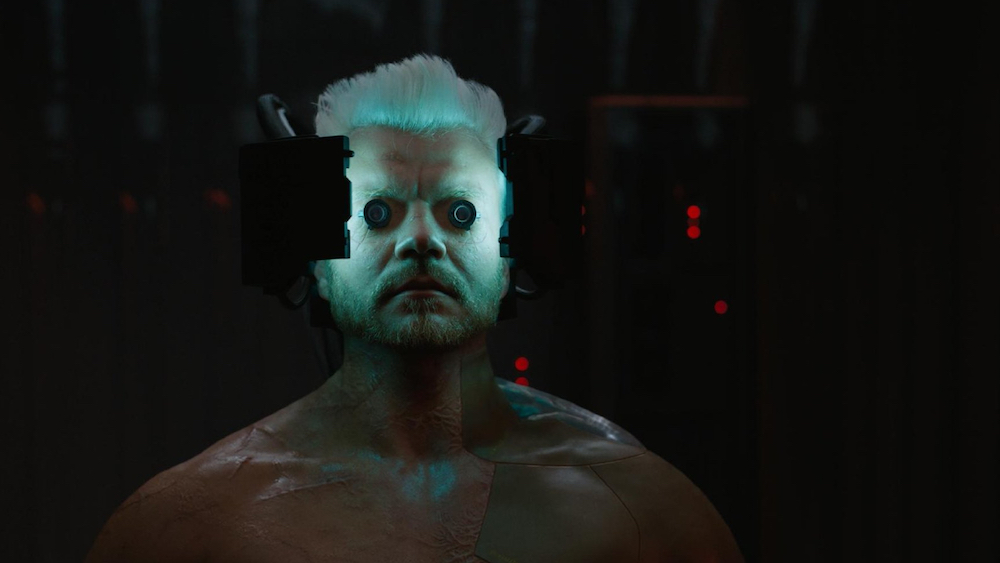 While not perfect, the original anime is rightly regarded as one of the most influential films of all time, inspiring science fiction for decades to come at the movies. This new adaptation suffers from some of the same shortcomings as the original, but is weaker on developing its others strengths. As a direct result of the original’s influence since the mid-’90s (perhaps most famously on The Matrix), what might once have once seemed revolutionary and fresh, now feels familiar. A problem that also affected Disney’s John Carter.

Rupert Sanders’ adaptation is largely good looking, with gorgeous computer generated effects (although there are rather obvious compositing failures, like when Major seems to glide across floors and is oblivious to surface topology). This is a future that’s both beautiful and plausible. A neon dream — or perhaps nightmare — that demands to be seen on the biggest screen available to you. Everything is sleek and slick, but that’s arguably to the film’s detriment. The city in the original felt grubby and lived-in; a rainy mix of traditional and modern architecture that was all stained concrete, oppressive alleyways, and slimy canals. The setting was integral to the film — the city itself arguably becoming the most memorable element of the whole movie. The setting for this new version swaps those dimensions for neon and chrome. It’s beautiful, sure, but also cold and clinical, so the world of this film feels less alive. 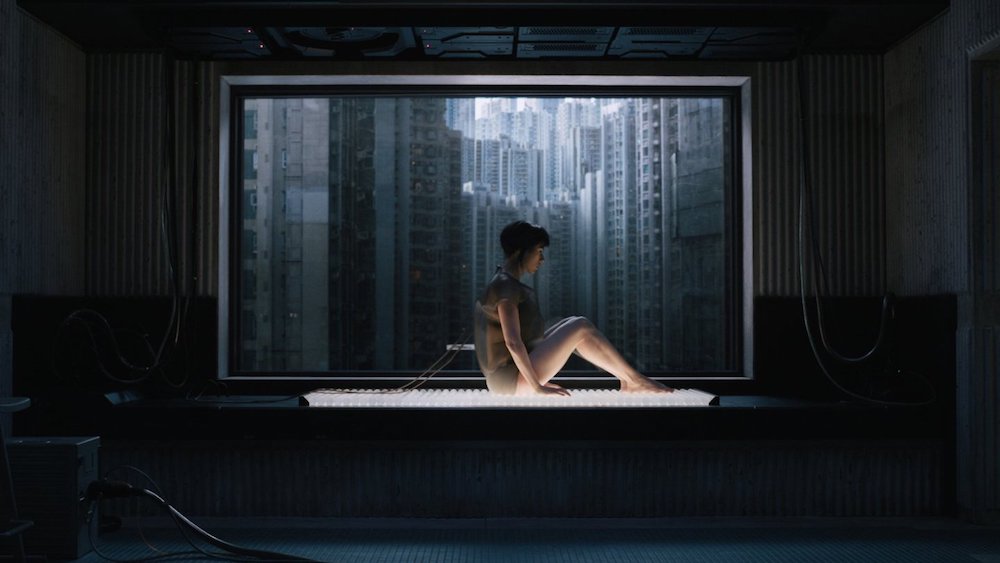 And it’s not only in the setting that Ghost in the Shell suffers from a niggling sense of detachment. Major is a thought-provoking figure, at least in theory, but in practise she’s just not that interesting. Johansson fits the role well, whatever your stance on the controversy surrounding her casting, but we barely scratch the surface of her character. This may be partly by design, but even as Major discovers more about her past and comes to terms with who and what she is, her personality just doesn’t seem to change much. There’s a great scene — with a great turn from Kaori Momoi — as Major comes face to face with her own past, but it’s simply not enough. We don’t feel that sense of growth that the film wants us to. For a character for whom the ‘soul’ is allegedly the only part that matters, she’s frustratingly soulless.

The support cast aren’t fleshed out much, either, and only Michael Pitt as the mysterious Kuze manages to truly shines. Pitt is always a magnetic presence, but he’s underutilised in this villainous role, and his character is thus less interesting than the original’s hand-drawn Puppet Master. 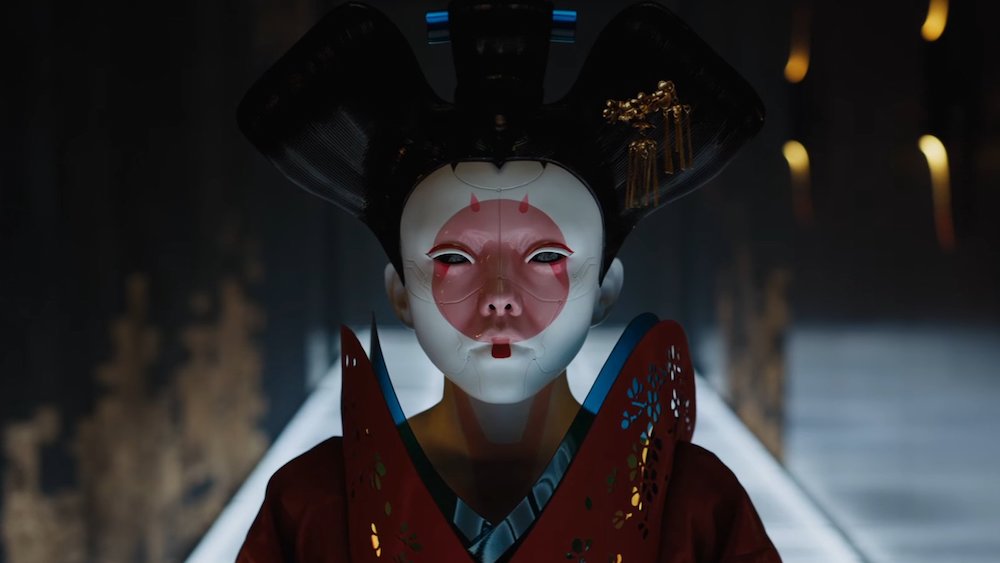 Much like the original, Ghost in the Shell seems to lack a standout set-piece, a revelation, an emotional crescendo — essentially, it feels a whole act was lost somewhere. I can’t believe I’m wishing for a modern blockbuster to be longer, but there you go. This would definitely have benefitted from more time to explore its world and its themes.

The synth score by Clint Mansell and Lorne Balfe is effectively punchy, although the best bits are the iconic and evocative themes borrowed from the original. A lot of Sanders’ shots and scenes are also frame-for-frame re-inactions, and while some of them look fantastic when realised in live action (like Major leaping off a building), other steals lack the resonance they once held through animation. When Major goes for a swim — ill advised, with a robot body — and resurfaces to debate her nature with colleague Batou, it feels perfunctory rather than revelatory. There are a lot of smart sci-fi elements and intriguing philosophical conundrums to consider here, but the heady ideas fail to be explored beyond the surface level. 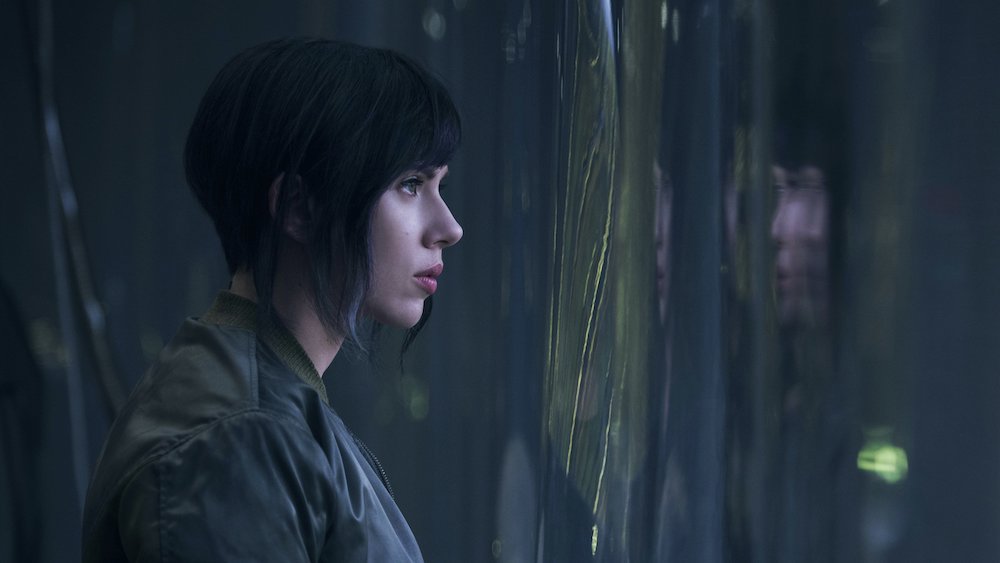 Oddly, the focus is more on what was done to these characters as humans in the past, rather than who/what they are now, or could become. It seems odd to create a film so focused on the future and on the evolution of humanity, and then to focus almost exclusively on the past. One poor chap, for instance, is revealed to have had an entirely new set of memories forced upon him: he yearns to return home and protect a family that never really existed. It’s a heartbreaking and fascinating premise, but the film hurries past it. Questions of what makes us us, of how important memory is to making us who we are, and of just what the nature of the ‘self’ really is are all up for grabs, but they’re ideas that are only really scratched at.

As a standalone sci-fi action movie, Ghost in the Shell is worth a look. It’s big and bold and smart, boasting solid action and stunning visuals, even if it keeps audiences at an emotional distance. It may be an obvious analogy to make, but Ghost in the Shell is very much like its main character’s body: sleek, modern, spellbinding, but lacking in imperfections and distinctiveness to make us connect to it. Ironically, this remake lacks the humanity its story is so preoccupied with.