Pixar’s much-anticipated follow-up to the hugely successful Finding Nemo concentrates on that movie’s comic relief: forgetful blue tang Dory (appealingly voiced by Ellen DeGeneres). Finding Dory’s a largely successful sequel in that it keeps what was so enjoyable about the first—the wide-eyed wonder about the ocean pinned to a story about family, friendship and finding yourself—while adding an interesting, considerably more melancholy note.

The story’s main thrust is Dory’s search for the parents she barely remembers, and it’s to writer-director Andrew Stanton’s credit that he takes a tale that could seem stale and overfamiliar and imbues it with a hard-to-resist charm. Thus, while we learn about where Dory grew up and how she lost parents, Jenny and Charlie, we also see her elevated from entertaining sidekick to leading lady as she finds herself separated from Marlin and Nemo and caught up on a quest of her own. 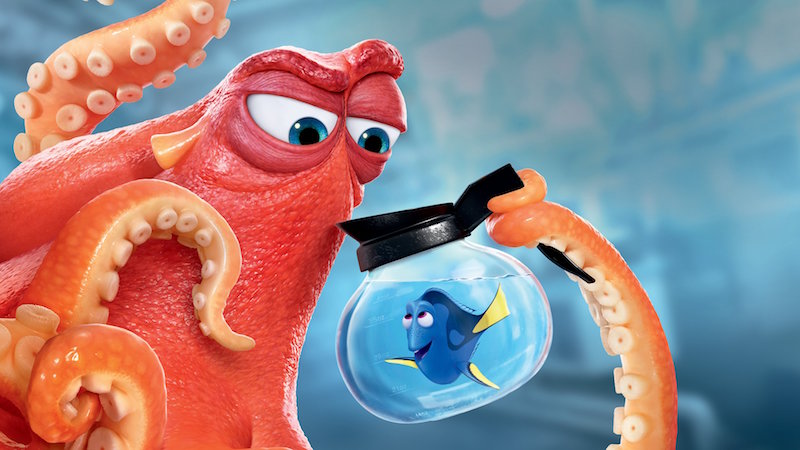 It’s a neat twist, and one that asks the audience to consider what living with memory loss is really like. In the process, it turns Finding Nemo’s one-note joke into a surprisingly sad meditation on coping with life. There’s a wistful yearning to Dory’s quest that makes this a surprisingly sombre movie at times—most notably in a well-judged scene where the little Dory hears her mother worrying about how her wide-eyed baby daughter will ever truly cope with life—and one that makes heartfelt points about what it feels like to grow up different and slightly apart from the rest of your peers.

It’s not without problems, however. While Albert Brooks’ Marlin and Hayden Rolence’s Nemo are still great company, there are times when their quest to reunite with Dory feels as though Stanton is rehashing the former film’s greatest hits. From a brief cameo from Nemo’s scene-stealing surfer turtles to callbacks to Dory’s ability to speak whale, there’s the unavoidable sense that this sequel, like so many others, is more concerned with ticking boxes from before than breaking new ground. 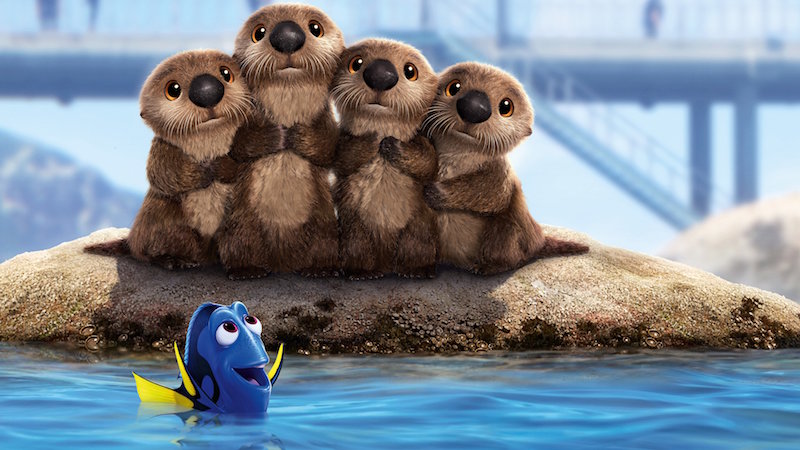 Similarly, not all the new characters work. Ed O’Neill’s grumpy, shape-shifting octopus Hank is a curmudgeonly delight. But a pair of boisterous cockney sea lions (voiced by Dominic West and Idris Elba) are nowhere near as funny as all involved clearly imagine. And while the payoff with hypochondriac beluga whale Bailey’s (Ty Burrell) worth the wait, the initial scenes between him and near-sighted whale shark Destiny (Kaitlin Olson) are something of a drag.

Yet, when Finding Dory does click it does so beautifully. DeGeneres makes the hapless Dory a character you can’t help but root for: plucky, optimistic, endearing, and totally unwilling to give up. Brooks brings his usual neurotic charm to Marlin, and O’Neill steals the show as the not-quite-as-grumpy-as-he-claims-to-be Hank. Most of all though this is a film that works because of its wide-eyed belief in the world. Like its friendly heroine, it asks you to take it on trust, and if you stop grouching and give into its easygoing charms there’s much to enjoy. It might not be the most interesting or innovative children’s film this summer, but it’s certainly the one with the biggest, most welcoming heart.