As a child, Sunday afternoons were a time to watch historical epics with family, and Erik the Conqueror was one that made a lasting impression. Coming back to it now, as an adult, with the newly restored Arrow Video release on Blu-ray, not only brought back fond memories but heightened my respect for its director, Mario Bava.

Bava is best known for being one of the forefathers of the giallo film genre, and part of the golden age of Italian horror, but in 1961 he turned his hand to making Erik the Conqueror, a swashbuckling action-adventure that was an uncredited remake of the 1958 Kirk Douglas film The Vikings for Italian audiences. Using his talents for creating stunning visuals on shoestring budgets, Bava delivered a film that in my opinion surpasses its inspiration.

The film is set in 786 AD where, following a battle between the Vikings and the English, a young boy is left behind: Erik, the son of the Viking king and brother of Eron. Raised by Queen Alice (Françoise Christophe) in England as her own, Erik (George Ardisson) becomes Duke of Helford. Meanwhile, his brother Eron (Cameron Mitchell) has become leader of the Vikings, and travels to England 20 years after the last battle with plans to conquer the land, pitting brother against brother in a battle that will change their lives. 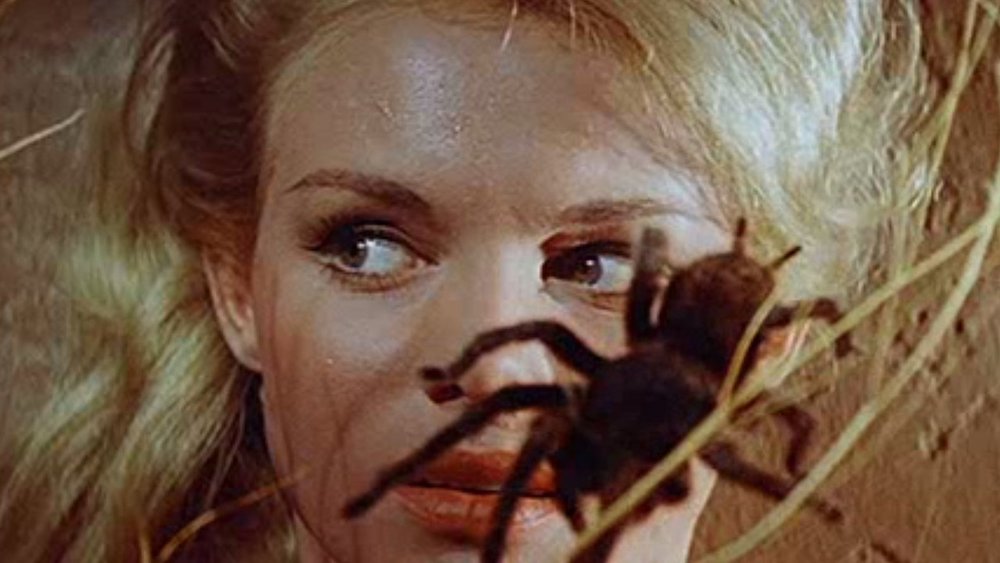 I loved this film for its action-packed battle scenes and hyper-stylised visuals when I was younger. That is still true today; however, now the story of the brothers and the incredible amount Bava accomplished with such a small budget enthrals me even more. The story is fast-paced and filled with forbidden love, mistaken identities, and an enjoyable emotional payoff for characters you quickly grow to root for.

That you so quickly take to the characters is interesting, as much of the exposition occurs in the opening few minutes, and the gap of 20 years between when we first see the brothers and where we see them for the majority of the film doesn’t feel like an awkward leap forward. Though they jump to the good part, so to speak, it feels natural and fluid to do so, something many films today try and fail to achieve. If anything the time-jump leaving behind the development of the characters works to its benefit, as we don’t know for certain how hard the last few decades have been, but we can easily presume and feel for them.

It’s impossible to talk about a Bava film without discussing the visuals. His extensive background and creativity in cinematography and special effects gave a particular look to his films that became his signature and expertly masked budget constraints. Watching this 2K restoration of the camera negatives gives you Bava’s work in crisp, bright, lurid Technicolor, and it is hard not to be in awe of hellish setting for the Vikings (complete with unsettling green and red lighting) and the quaint and peaceful backdrops of England that were painted on glass. The sheer detail in every scene is wonderfully emphasised in this HD release, where you can see the amount of love and work that was put into making Erik the Conqueror. It’s a wonder to watch this film and remember that all of the fights, the fires, the epic battles are being done by actual people and hand-made sets. 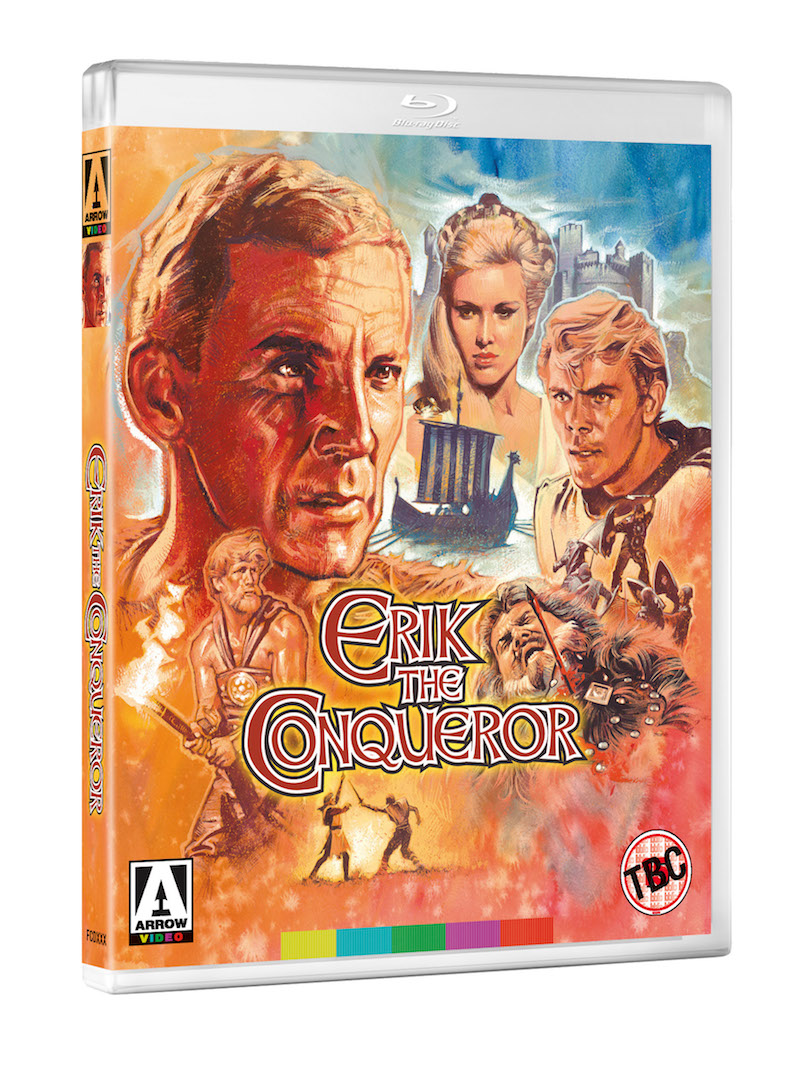 The new translation of the Italian script is far better than previous releases, with dialogue flowing better and feeling less stilted than before. The soundtracks themselves, both Italian and English, are taken from the original mono audio. They’re clear, booming, and suitably epic. There is a slight issue with the subtitles, which they are lost on-screen due to the scrolling exposition text at the start also being the same colour, but this doesn’t last long enough to be a huge problem.

Arrow Films hasn’t skimped on the special features for this new release, including an insightful audio interview with Cameron Mitchell where he discusses his work, F/X, and make-up, and his thoughts on Bava as a director. They have also including the original ending as a bonus extra. As the final shot in the film was not attached to the original camera negative and hasn’t been found, the scene had to be sourced from a British VHS release, and as such was low enough quality that they felt it would detract from the restoration of Erik the Conqueror if attached to the main film. It is indeed low quality, but it’s a must-see as it so fittingly concludes the story. Also included is a fascinating video essay on the Italian “replicator directors”, who pumped out remakes of American films at fast pace for a hungry Italian audience. This including shot-by-shot comparisons and insight into the changes Bava made in his remake, with this 12-minute video acting as a love letter to the replicators of the 1960’s and making it clear that Bava should be held in high esteem.

Erik the Conqueror is a fun and thrilling swashbuckler that works magic without the luxury of overseas shoots and Hollywood cash. The cast take the film seriously and perform well, with Eron’s stirring monologue when wounded almost Shakespearian in quality and tone, making this one of my favourite Cameron Mitchell films. Arrow Video’s restoration has brought the film back to its original glory, and allows Bava’s creative vision to shine through, and it’s just as enjoyable now as it was to watch as a child. Upon revisiting and being enlightened by the special features included, I now have even more respect for the hard work that went into making what is, in my opinion,  a better film than the source material. I look forward to enjoying it again and again with family in the years to come.