It’s been two years since we last visited the madcap world of Despicable Me, in spin-off Minions, which received a mixed response but made over $1 billion at the box office. Despicable Me 3 sees a return to the full cast of the first two movies, together with new faces in the form of Dru (Steve Carrell), Gru’s cheerier brother, and retro villain Balthazar Bratt (Trey Parker).

Gru is now happily married and working with wife Lucy (Kristen Wiig) at the Anti-Villain League. The status quo lasts mere moments, however, after which our hapless hero loses his job, his Minions, and his purpose in life. But there’s little time to mope, as in classic soap opera style Gru finds out he has a secret twin named Dru, who has a favour to ask of his formerly villainous sibling. Teaming up with Dru, Gru’s lured back into an adventure that has him embrace his past and face the delusional Balthazar Bratt, a spandex-clad villain who never left the ‘80s. 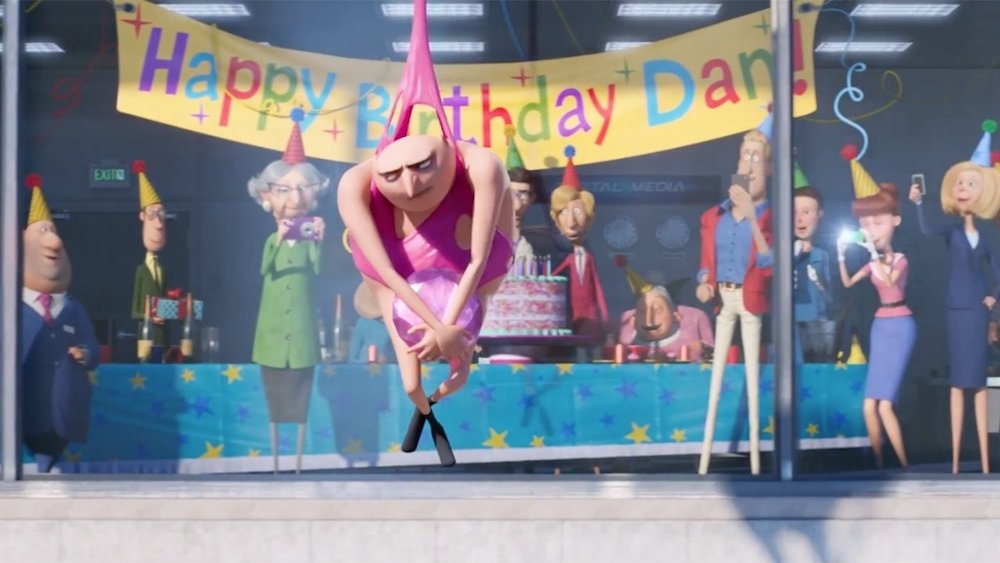 There are many subplots jostling for attention with the rest of the characters, too. The Minions go in search of a new boss (led by a previously unseen Minion named Mel), which naturally leads to them getting into trouble. Their scenes are briefer than anticipated, considering their continuing popularity merchandising, but their mini-adventure’s just as silly and pointless as ever.

The three girls, Margo (Miranda Cosgrove), Edith (Dana Gaier), and Agnes (Elsie Fisher), are spending time their stepmother Lucy, which leads to a curious trip to a bar and stakeout for a unicorn. Lucy’s story is the most interesting of the subplots as it ties into the movie’s theme, as she’s finding it hard to be a parent to her ready-made family. In a time where blended families have become the norm in society, I’m sure many people will sympathise with her situation. Lucy’s struggle stems from wanting to be a good mother and to find her place, and at its core Despicable Me 3 feels like a film about finding where you fit in.

While most of the characters are discovering where they fit in life, Bratt seems to be fighting against the very idea. A washed-up child star of the ’80s, he just wants things to go back to how they used to be — and if they won’t he’ll become his former TV character to seek revenge. The writers do a great job making Bratt a perfect villain for the Despicable Me universe: petty, immature, and downright silly. He’s a great source of gags for the adults watching, too, as exclamations like “for the love of Betamax!” will certainly resonate with the over-30s. 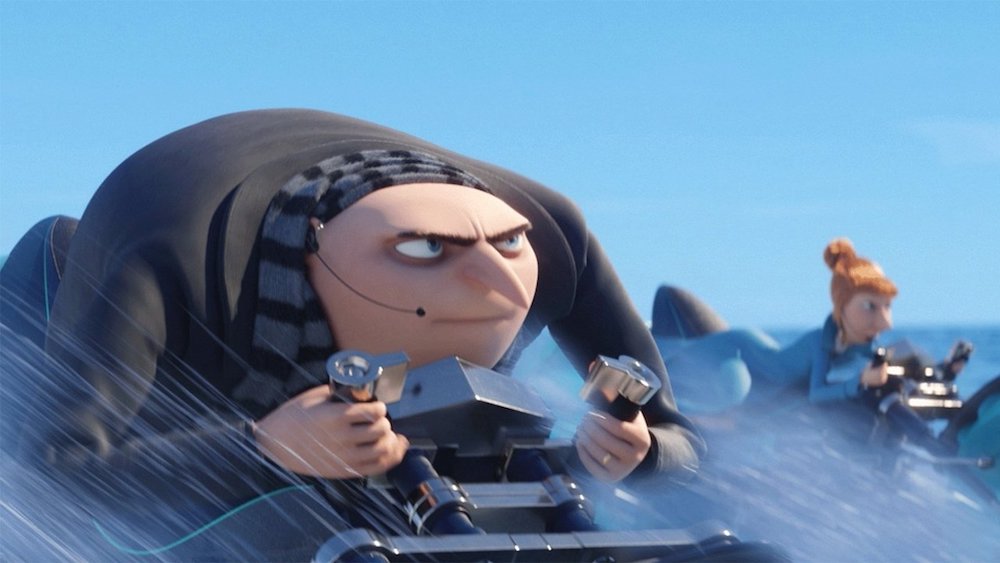 If all of this seems like a lot for a 90-minute film, you’d be correct. The writers pack a lot into Despicable Me 3, and it’s unfortunately too much to handle. Every subplot runs at breakneck speed and few are given enough time to breathe. Gru’s attempt to seek employment could have been played for some great laughs, but the amusing idea’s barely has a chance to be explored.

Halfway through, Gru laments “I miss the Minions!”, and this sums up one of the films biggest weaknesses. Their side story is good fun, but Gru and the Minions are far better when they’re together on-screen, as evidenced by the Minion’s Gru-less spin-off receiving a lukewarm reception. Also notably absent is useless but lovable Dr. Nefario, although there’s a wonderfully geeky and very ‘80s explanation for why.

This isn’t to say that the Minion-less scenes are bad. In fact, some of the best moments of the movie feature neither. The scenes with Lucy and the girls are actually something quite special; from the tender moment when eldest Margo tries to help Lucy with parenting, to the raucous insanity when she thinks the girls are in danger. There’s something really heartwarming at work with their interplay, and should they do a Despicable Me 4 it would be nice to see those relationships explored further.

Despicable Me 3 is a good family film with jokes appealing to all ages, despite arriving overstuffed and in too much of a hurry. It’s wacky, fun, and has an strong moral message for all the family: the world always changes, we change along with it, and that’s okay…