For all its critical and commercial success back in 2000, Ang Lee’s martial arts epic Crouching Tiger, Hidden Dragon doesn’t get talked about all that often—although it helped ease mainstream English-speaking audiences into foreign-language films. They’re not all black-and-white French dramas set inside grotty kitchens, folks. It was also, together with The Matrix the year before, responsible for a resurgence of interest in chopsocky cinema—pushing the boundaries of what could be achieved in the digital age, with computers erasing wires to allow filmmakers greater artistic freedom.

Crouching Tiger, Hidden Dragon cost $17 million and made $214 million around the world, winning the Academy Award for Best Foreign Language Film in the process. As an adaptation of the fourth book in the Crane Iron Pentalogy, by wuxia novelist Wang Dulu, it’s remarkable that no follow-ups were immediately greenlit to capitalise on its huge success. Indeed, it’s taken 16-years for Crouching Tiger, Hidden Dragon: Sword of Destiny (once known as Iron Knight, Silver Vase—the title of the fifth book it’s adapting), to be released into a pop-culture landscape very different to that of the early-’00s. 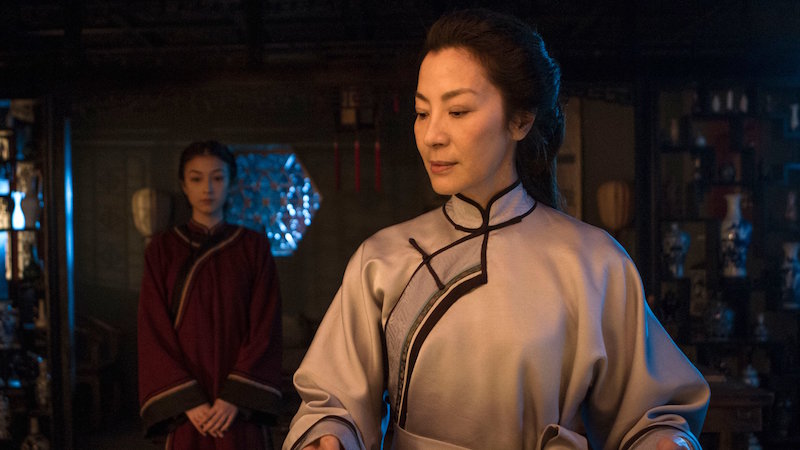 There are a number of changes that mark Sword of Destiny out from its illustrious predecessor, but the big one is that it’s been made in English with an optional Mandarin dub. While this makes it a lot easier for English-speakers to watch, it immediately gives the film a less exotic feel. It doesn’t feel like a really cool Chinese martial arts flick, just something the Weinstein Company have packaged and sold to Netflix for global distribution based on brand recognition. Despite being adapted from one of Wang Dulu’s novels (by Hidalgo’s John Fusco), the switch from filming in Beijing to New Zealand also give this sequel a more westernised feel. Lord of the Rings minus the orcs, but with Chinese actors on wires. 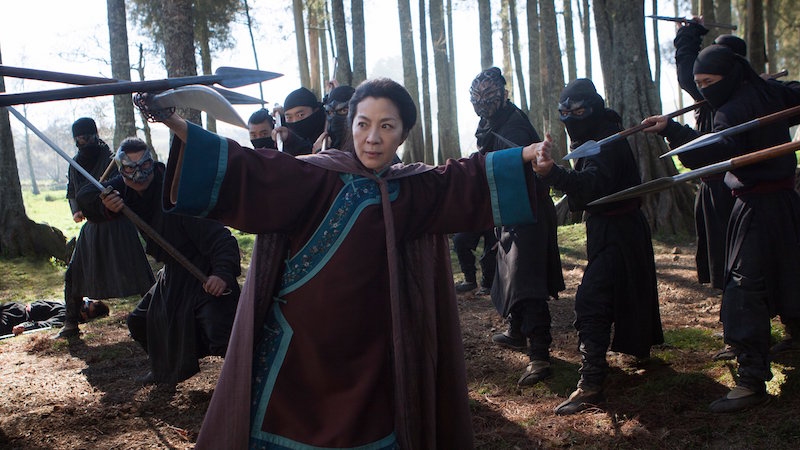 The story this time is very simple. Yu Shu Loen (Michelle Yeoh, not ageing) returns to Peking after 20-years of solitude, to protect the legendary sword Li Mu Bai (Green Destiny) from the West Lotus warlord Hades Dai (Jason Scott Lee). Helping her in this task is young warrior ‘Snow Vase’ (Natasha Liu Bordizzo), who aspires to be like Yu Shu Loen, and five men led by ‘Silent Wolf’ (Donnie Yen) who’ve sworn to protect the House of Te where the weapon resides. As an added complication, Snow Vase develops feelings for a young thief called Wei-Fang (Glee’s Harry Schum, Jr.), who was sent to steal the Green Destiny by his master Hades Dai, but got caught in the act. 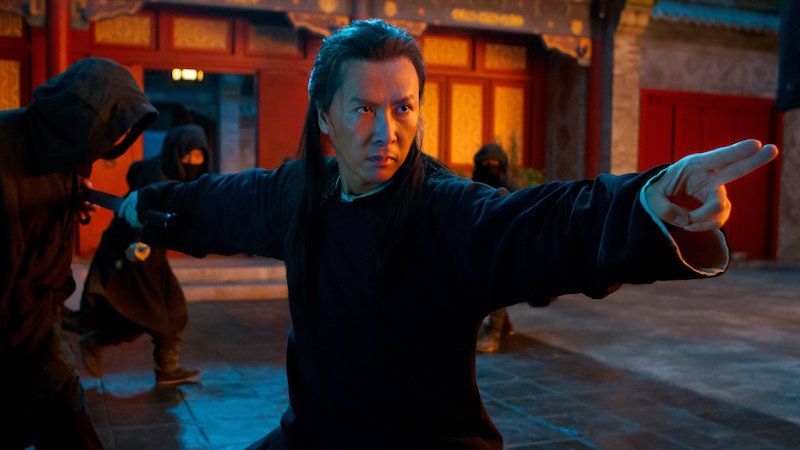 A lot of what you enjoyed about Crouching Tiger, Hidden Dragon can be found in this tardy sequel—mainly thanks to its choreographer Yuen Woo-ping being promoted to director, which means the fight sequences are similarly impressive. Unfortunately, it’s notable just how little progress has been made since the first film was released, as there’s not much about Sword of Destiny’s action and effects that feel like an undeniable improvement. It’s really just more of the same, minus the sense of discovery we had in 2000—seeing people defy gravity across beautiful backdrops, or float silently across rooftops. Indeed, there are perhaps only two sequence in this movie that made me sit up and take notice—a nighttime fight on a frozen lake, with the unstable plateau creating an added level of tension, and the climactic tussle between Hades Dai and Silent Wolf on the exterior of Saruman’s summer home (although the latter’s surprisingly brief, with no real surprises up its sleeve).

Sword of Destiny is a well-made film that can’t help feeling ‘straight-to-video’ (not helped by its lower budget), because the story is so thin and the characters don’t make a deep connection this time. The decision to make it English-language also feels like a mistake for an era when reading subtitles doesn’t feel like such a hardship, casting Australian and American actors with Chinese heritage in key roles just feels wrong somehow, and Sword of Destiny doesn’t have anything to match the beautiful visuals Ang Lee created, or indeed the sublime action Woo-ping masterminded all those years ago. Still, on its own terms as a Netflix-exclusive original movie you can’t easily catch at the cinema, you can do a lot worse than stream this one weekend afternoon.