Crazy Ex-Girlfriend has grown by so many leaps and bounds since its first season back in 2015. When it premiered, this was a slightly kooky story about an obsessive ex-girlfriend, Rebecca (Rachel Bloom) determined to drop everything for the perceived love of her life. Season 2, rather than allowing viewers to see Rebecca’s efforts fail, decided to move from the ‘Ex’ to the ‘Girlfriend’ part by granting her the man of her dreams.

Warning: spoilers ahead for the end of season 2, together with many plot turns of season 3.

Of course, that didn’t mean Rebecca stopped being crazy and obsessive. In fact, it became clear her behaviour was part of a destructive pattern, one that would inevitably implode. With last season ending on a cliffhanger, with Josh (Vincent Rodriguez III) jilting Rebecca at the altar, we head into season 3 expecting classic Rebecca drama: stalking, obsessing, and singing. 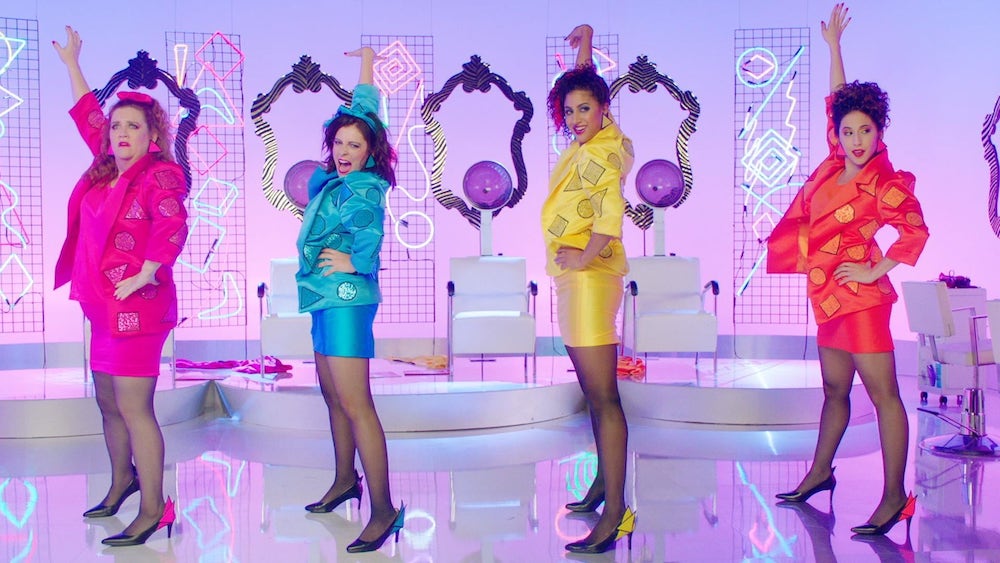 However, showrunners and creators Bloom and Aline Brosh McKenna have different ideas. The third season instead focused on the last word still standing in the title: ‘Crazy’. Just what does it mean when they say Rebecca is ‘crazy’?

Season 3 gave fans one of the best representations of mental illness on television, and the effect it can have on the sufferer, as well as those around her. Instead of having Rebecca go fully cuckoo, the writers showed us how well they understand human relationships. Rather than abandoning Rebecca at the first sign of trouble (which we’ve seen many times on film, making sufferers look like pariahs), her friends, people whom we’ve seen enjoy Rebecca’s company for a few years, end up banding around her to form a loving-but-firm support group. 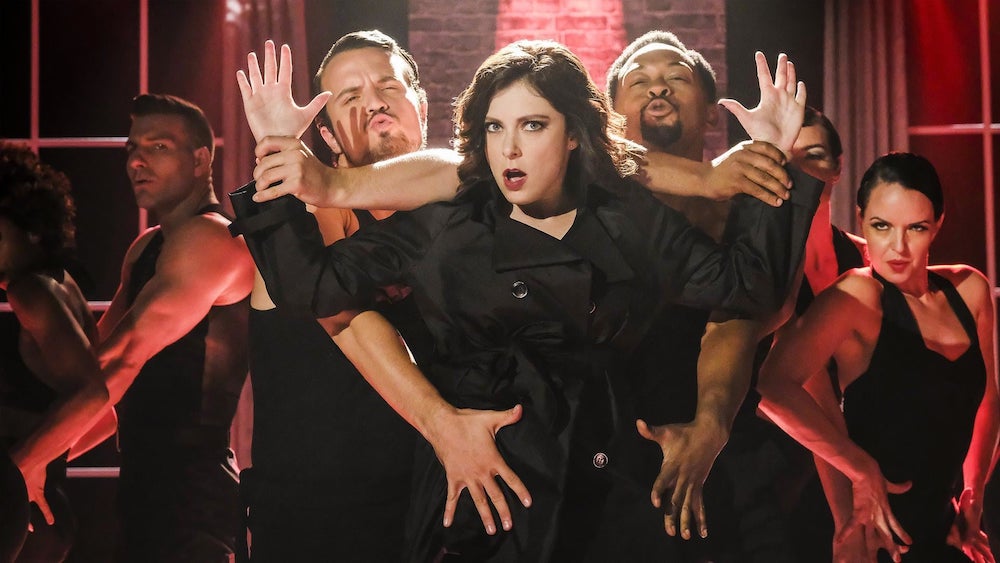 Does this mean season 3 offers Rebecca a redemption arc? It might seem so, but that isn’t completely true. We start the season with Rebecca hiding from the world, tying to figure out how to deal with the shame and attention of being left at the altar. Once she decides to emerge with a makeover and tighter clothes, she’s out for revenge, but in classic Rebecca fashion (i.e. she wants to either mail Josh her faeces, or film a sex-tape with his lookalike to ruin his reputation).

The first few episodes give us Rebecca’s unravelling mind, as she manipulates everyone from Paula (Donna Lynne Champlin) and Nathaniel (Scott Michael Foster), to even the editor of a feminist website, all to try and win the breakup and maintain her reputation. However, when Josh reads the folder that Trent (Paul Welsh) gave him in season 2’s finale and finds out about his ex’s history of stalking and the ensuing involuntary commitment into a mental institution, all hell breaks loose. Rebecca lashes out at everyone who tries to help, and runs back home to her mother’s house.

I don’t know what story I’m in anymore.—Rebecca. 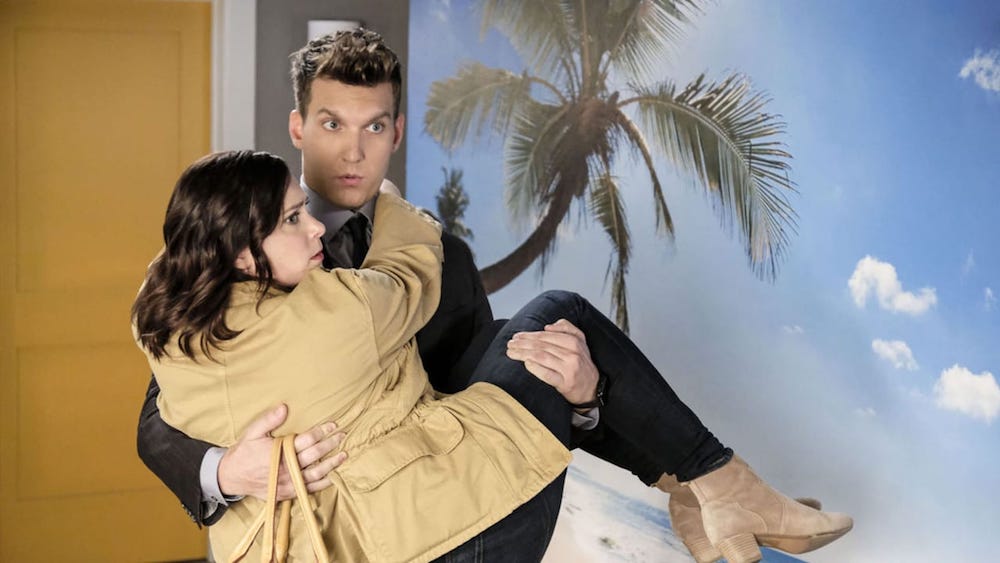 “I Never Want to See Josh Again” is thus the pivotal episode of the entire series, as Rebecca’s mother, upon finding out that her daughter’s suicidal, drugs her with anti-anxiety medication. And this lets us see Rebecca relaxed and happy for awhile. However, while Rebecca might be crazy she’s also whip-smart, so can only be fooled for so long. Sick of her own mother’s betrayal, she swallows the entire bottle of pills aboard a flight, attempting to end her suffering.

I was out of stories to tell myself that it would be okay.—Rebecca.

If you think this quirky musical-comedy show just got dark all of a sudden, you’re not alone, but Crazy Ex-Girlfriend manages to make even the most tricky of topics funny while staying respectful. We see Rebecca and her friends dealing with the repercussions of her attempted suicide and her new diagnosis: Borderline Personality Disorder, or BPD. 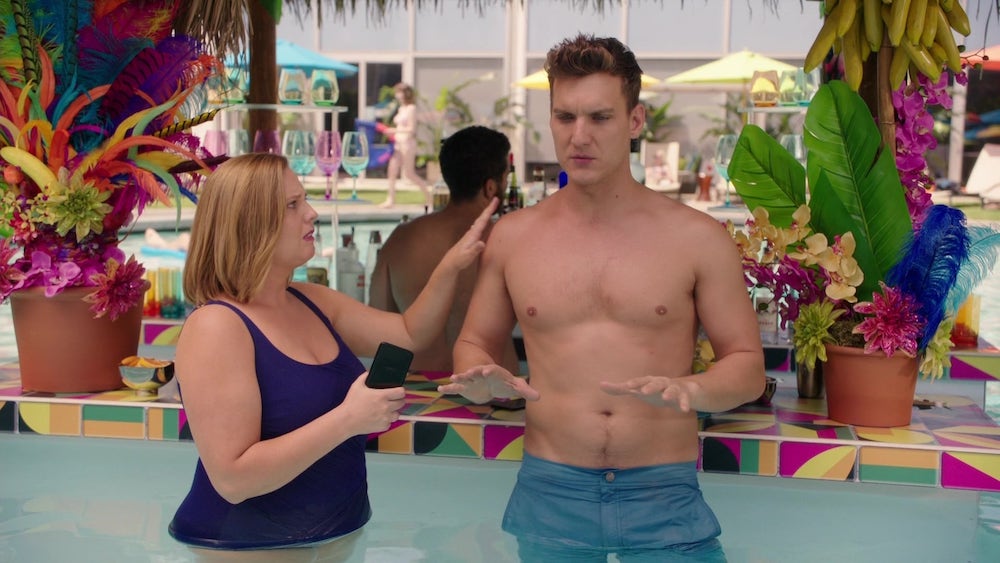 For a series that’s so far treated mental illness as one single checkbox under ‘Crazy’, it’s enlightening to see the difference in Rebecca’s behaviour once she finds out that she’s not depressed and anxious, but has BPD instead. The fact that BPD is treated with therapy instead of medication also gives us a guiding path to follow as she learns what she’s supposed to do to manage her erratic behaviour.

Does she succeed? No, not really, but Crazy Ex-Girlfriend embraces it and uses it to create an amazing arc for Rebecca in the last five episodes. Rebecca tries to date Nathaniel, realises that she’s obsessing over him, so stops. Rebecca tries to help Valencia with her party-planning business, but ends up meddling, even though she tries really hard not to.

[Valencia]’s had to forgive me so many times at this point!—Rebecca.

The storyline covering the second half of season 3 thus deals with Rebecca trying, over and over again, with varying degrees of success, to be normal. And it makes this one of the most down-to-earth portrayals of people living with mental illness on a day-to-day basis. 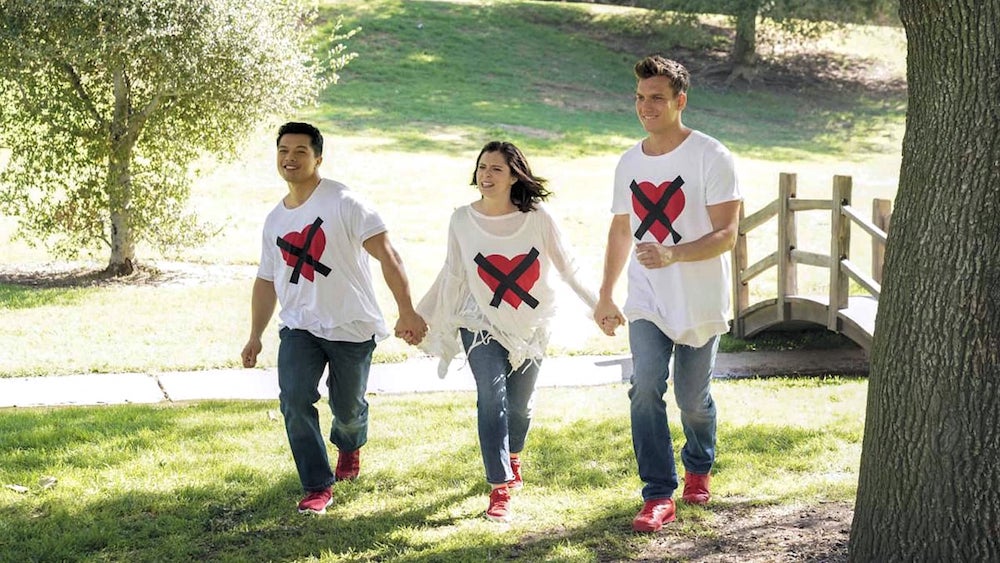 Of course, this being Crazy Ex-Girlfriend, down-to-earth is subjective. We also see Rebecca  injecting herself with hormones to donate an egg to Darryl (Pete Gardner), who really wants to be a dad again. Heather (Vella Lovell) then carries his baby to term, making this whole team much closer than any normal friendship.

So, as you can see, Crazy Ex-Girlfriend wasn’t short on plot twists this season, leading to a standout run of episodes that strung together a myriad of topics that still ended up making sense. It’s a delicate balancing act, especially with the show’s continuing tendency to remain extremely topical. Mentions of feminism, ‘adulting’, definitions of love and the details of surrogacy are a dime a dozen, with B-plots that focus entirely on expanding the world of Whitefeather & Associates. 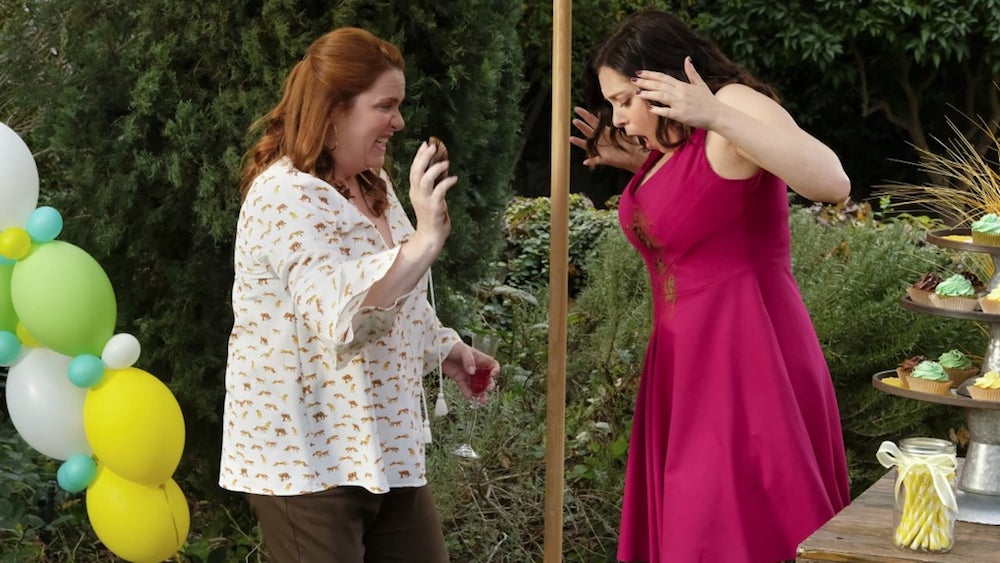 Cleverly introduced only in season 3, when we’ve started caring about this motley crew of supporting actors, these plot points help to fill out the details of the show’s supporting cast when Rebecca’s antics aren’t as entertaining that week. From Tim’s (Michael McMillian) marital problems, to Paula’s reputation in the office, we see each actor take the lines (and oftentimes, rhymes as well) and run spectacularly well with it.

The music continues to reach greater  heights, with an expanding list of cast members taking on singing duties with each new instalment. Standouts are few as all the songs fit perfectly into the show, whether to alleviate or to create tension. As each song continues to parody a genre it’s emulating, we’re entertained while also rethinking everything we learnt about song lyrics. There are songs about sex, songs about childbirth, songs about moving house, songs about sperm… and they’re all good. Bloom and her songwriting partners, Adam Schlesinger and Jack Dolgen, should undoubtedly win awards for this soundtrack.

The great part of Crazy Ex-Girlfriend, in the end, is how unique it stands in the field of comedies; showcasing what happens when a non-male lens is allow to flourish behind the scenes. There’s so much more than just tropes when it comes to comedy, as this show makes abundantly clear, with laughs and tears in equal measure.