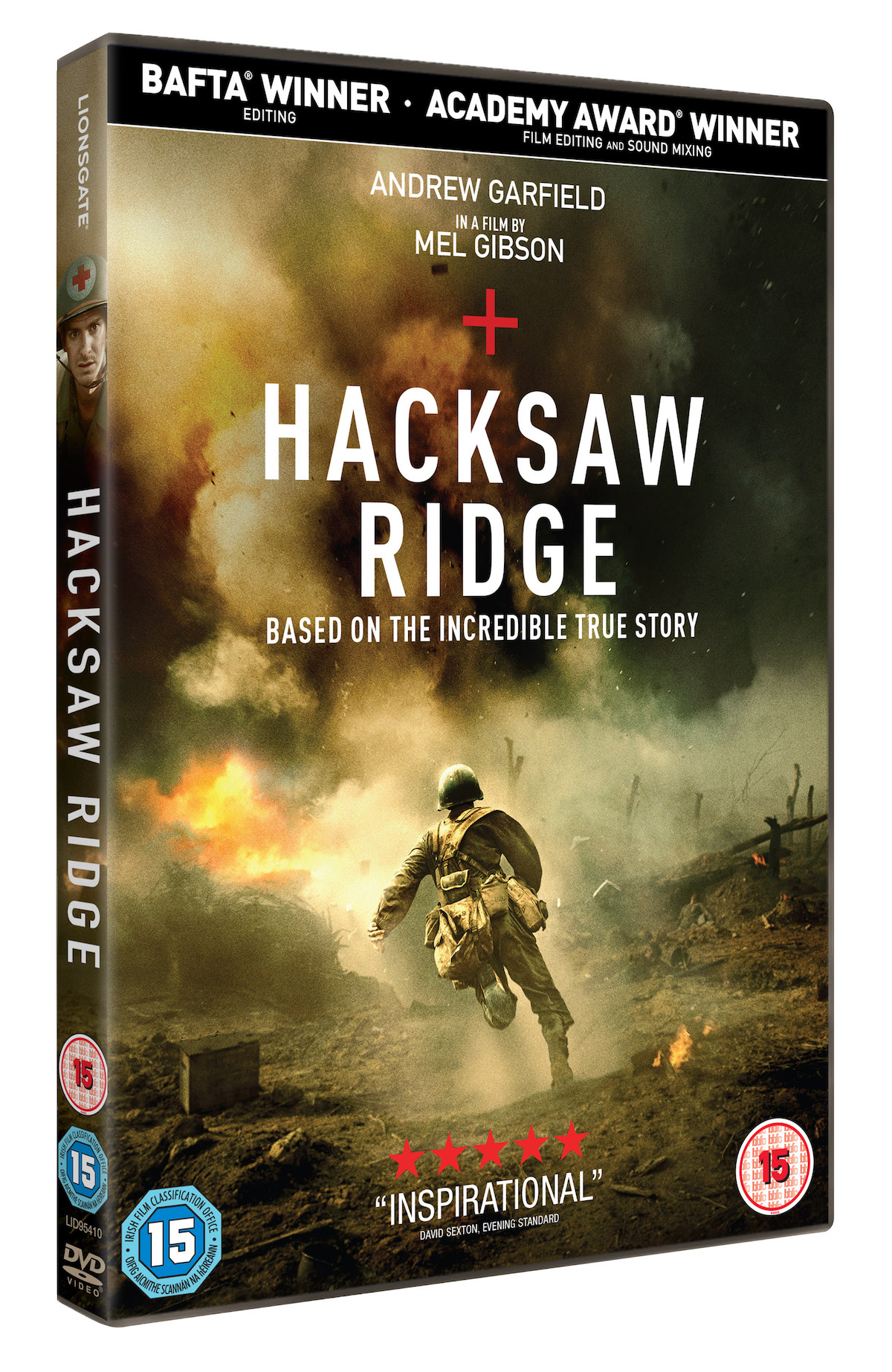 Having received a 10-minute standing ovation when it first premiered at the Venice Film Festival, Lionsgate is pleased to announce that HACKSAW RIDGE (the extraordinary true story of conscientious objector Desmond Doss), will be available to own from 22nd May 2017. To celebrate the release, we’re giving away a copy on DVD!

From Academy Award winning director Mel Gibson, HACKSAW RIDGE was nominated for six Oscars® at the 89th Academy Awards® including Best Picture; the film took home the award for Best Film Editing and Best Sound Mixing. It was also nominated for five BAFTAs at the 2017 Awards, including Leading Actor; the film was awarded a BAFTA for Best Editing.

To be in with the chance of winning, just answer this question:

What film did Mel Gibson win an Academy Award for Best Picture?

a) The Passion of the Christ.
b) Braveheart.
c) The Patriot.

Please enter using the form below, with the subject ‘Hacksaw Ridge DVD’, remembering to include a delivery address in the UK and Ireland. Deadline for entries is 19 May @5PM (GMT). The winner will be chosen at random and informed by email.

Competition: Win Season One of HBO’s WESTWORLD on DVD!