“Git Gone” is the best episode of American Gods so far. It’s more than that, though, it’s the show’s first truly great, cohesive, and focused instalment. Here, American Gods trims back the seemingly extraneous material to tell a story with a straightforward and linear narrative. It also answers lingering questions and deepens the complexity of key characters by showing their interactions and their personalities. Shadow Moon’s (Ricky Whittle) dead wife Laura (Emily Browning) becomes the protagonist for an episode set between the past and present — about how she met her husband, why she cheated on him, how she died, and how she ended up waiting for him in his motel room at the end of the “Head Full of Snow”.

As Neil Gaiman’s book is consistently told from the perspective of Shadow, the script for “Git Gone” has been already been hailed as a positive divergence from the source material. That’s because it takes one of this story’s few female characters and gives her more nuance and complexity, showing what a television adaptation can add to the tale. Bryan Fuller and Michael Green have really successfully developed Laura’s personality, showing that she’s an often uncomfortable and abrasive person who isn’t satisfied with her life and feels stuck. She makes questionable decisions and is imperfect, and over the course of the hour, this becomes a meaty role that Browning excels with.

One of the key themes at play is perspective. We’ve really only heard about Laura or found out information related to her through how Shadow sees her, which is an incredibly idealised view. In a really wonderful sequence of events during “Git Gone”, we see Laura pick up the phone call we heard her have with Shadow in the very first episode. Only now, it’s in a fresh context as one of many probably repetitive calls she’s taken from him, and one where we see her unable to return quite as much love for Shadow as he’s giving to her. It didn’t feel like that when we heard her in the premiere, but that’s the power of showing us more from her point of view.

This episode is, consequently, a rather sad one. Laura’s struggle is that of someone who would like their life to change but is essentially trapped in the tediousness of everyday existence. It feels honest to her life for us to learn that meeting and marrying Shadow, as much fun as they have together, doesn’t magically fix all her problems. Laura never found the meaning in life that she was looking for, persuaded her husband to rob a casino, and then died incapable of simply waiting for him to get out of jail, while everyone found out about her infidelity. It’s no surprise she’s disappointed by her own bland obituary that fails to mention anything about her as a person. Her life was much less eventful than she’d wanted it to be. 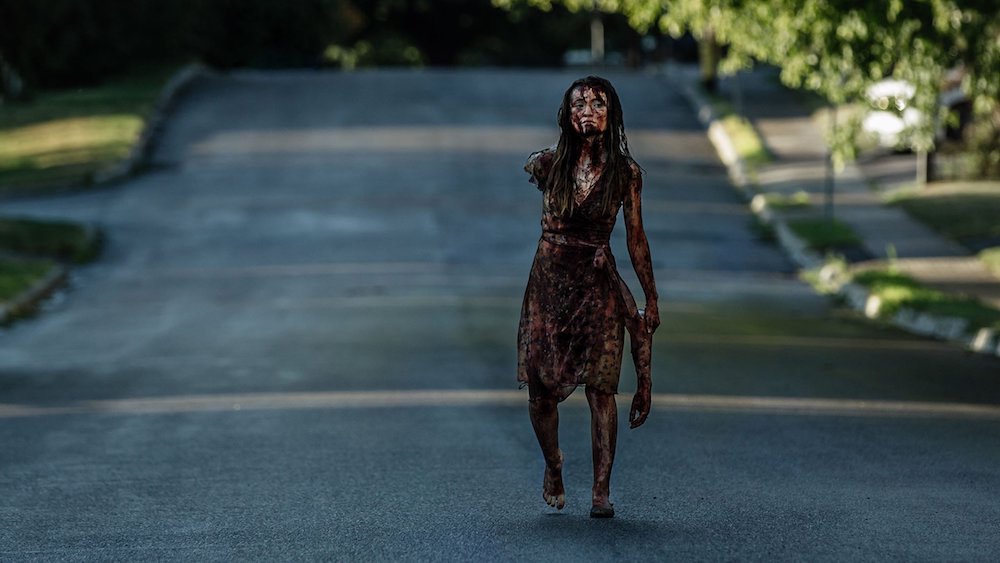 When she meets Anubis (Chris Obi) after her death, she refuses to allow him to weigh her heart on the scales against a feather, because she’s certain she knows the outcome. Laura’s regret and pain weigh heavily on her, and it’s once she’s dead that the episode starts to dig even deeper into her character. It’s especially upsetting and interesting to see her fear and anger at the realisation her belief in nothing has doomed her to an afterlife spent in darkness. But it’s at the moment she learns of her fate that she’s pulled back into reality, likely the result of Shadow dropping the lucky coin on her grave. The show reveals that it’s Laura who killed the Technical Boy’s goons and saved Shadow from a lynching at the end of the premiere, a twist book readers are sure to have known about but a wonderful surprise for everyone else. It’s a gorgeous, bloody scene, in true Bryan Fuller fashion, and it’s also one that proves Laura may be stronger than before but she’s still a decaying corpse, with her arm falling off in a darkly comic way by the end of the fight.

That isn’t the only bit of dark humour, as the episode’s full of moments that try to realistically convey what it might be like to return from the dead. Much of Laura’s body has fallen apart, and she’s leaking embalming fluid out of every orifice. Coming back to life isn’t pretty, and Laura comes to terms with her new reality quickly, with Browning doing a terrific job with the deadpan delivery of so many lines. A crucial scene where Laura confronts her best friend Audrey (Betty Gilpin) is one of the episode’s strongest moments; it’s a realistic encounter that handles what the clash between two people would be like when a massive lie is exposed. The big difference, of course, is that Laura died. So, mixed in with Audrey’s indignation about Laura sleeping with her husband is a palpable sense of fear and fascination at how exactly she’s talking to her deceased friend.

As with so many episodes of American Gods, belief’s at the centre of everything. Laura’s downfall is based on how much she believed there’s no way Shadow could get caught in the casino robbery, and her fate in the afterlife seems to have been determined by how little she believed when she was alive. It’s compelling that she seems to have so much more certainty now that she’s back from the grave, imbued with a sense of purpose that’s tied to Shadow. She’s now able to find him wherever he goes because she sees him surrounded by a glowing yellow light, and may be able to protect him once again now she’s superhumanly strong.

There’s a lot to dig into when it comes to “Git Gone”, but above everything, it’s a tonally consistent and engaging episode that shows how American Gods can successfully pull off the balancing act it wants to when it finds more focus and allows its characters to drive the story. It’s great to see a previously introduced god like Anubis have more of a role to play and to get the complexity of seeing more of this story from a different perspective. In the space of one great hour of television, Laura Moon’s gone from being “Shadow’s dead wife” to a deep, damaged, and unpredictable presence that I’ll be interested to see more of in coming episodes.