It’s unfortunate one has to spoil the early twist of Brigsby Bear, although it forms part of the setup so can’t be avoided. James Pope (Kyle Mooney) is living with his mother April (Jane Adams) and father Ted (Mark Hamill), but we immediately sense something’s amiss because he’s in his early-30s, still obsessed with a children’s educational TV series called Brigsby Bear Adventures. Maybe we’re in for a story about arrested development, with a nerdy man sheltered from the outside world, but why does he have a 1980s-style laptop connected to the internet with a webcam? More pressingly, why is there animatronic wildlife outside their home’s bio-dome? And is that James’s dad going to work wearing a respirator?

The explanation is the movie’s best rug-pull, but suffice to say it’s almost impossible to cover the rest of the movie without spoiling it. So, after a fair waring, here goes: it turns out that James was actually kidnapped by the Mitchum’s as a baby, who’ve raised him inside an underground desert bunker, educating and entertaining him with homemade Brigsby Bear VHS tapes, convincing him the air outside has been poisoned. 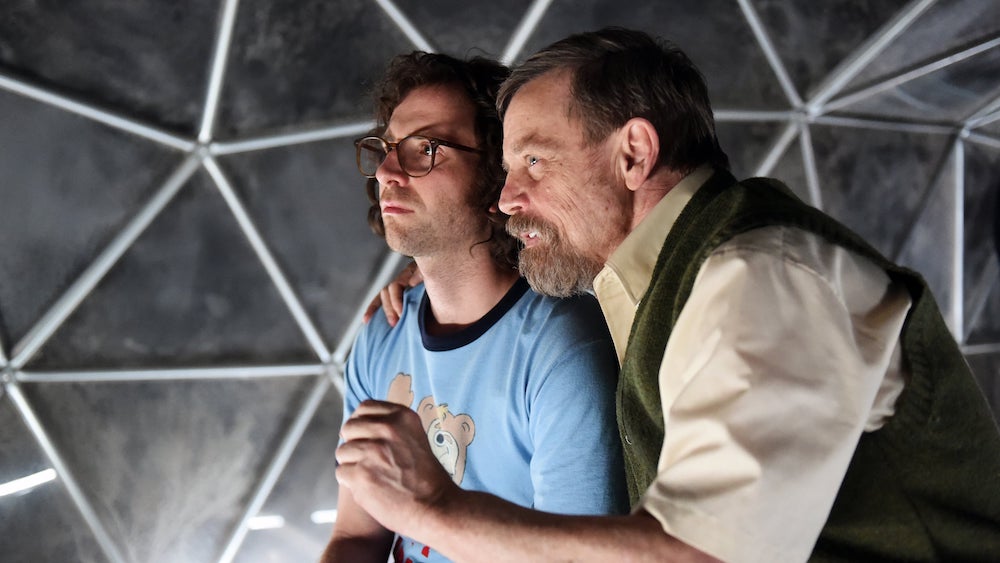 James’s story truly begins after he’s rescued by police, Unbreakable Kimmy Schmidt-style, and reunited with his real family: father Greg (Matt Walsh), mother Louise (Michaela Watkins), and sister Aubrey (Ryan Simpkins). But as James adapts to life in the big wide world, doing new activities and forming relationships with people other than his “first parents”, the fact Brigsby Bear was created solely for him starts to eat at him. Mostly because the adventures of the lovable bear he was raised on abruptly ended with the police raid, so James resolves to bring Brigbsy Bear Adventures to its epic conclusion by making a concluding movie with the help of his new friends and family.

Produced by The Lonely Island comedy trio, best known their absurdist music videos and cult comedies Hot Rod (2007) and Popstar: Never Stop Never Stopping (2016), Brigsby Bear is an altogether sweeter and subtler piece of work. It’s no surprise to learn it was a big hit at 2017’s Sundance Film Festival, as it seems readymade for a hipster audience, or nostalgics pushing 40. 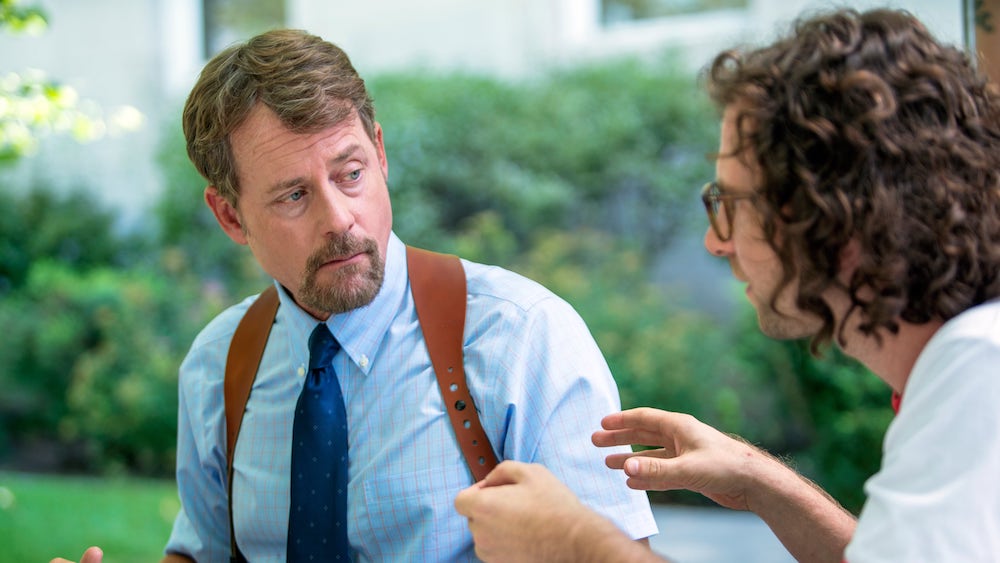 Dave McCary (a segment director on Saturday Night Live) makes his feature film debut here, working from a script by friends Kyle Mooney and Kevin Costello (Jean-Claude Van Johnson). It’s easy to see why the source material attracted him, because it feels like a SNL sketch concept stretched to feature length. Only it works, just about. While many of the best surprises and moments of interplay occur in the first half hour, the remaining hour doesn’t fall too flat because Brigsby Bear avoids doing the obvious.

It would’ve been very easy to make James a figure of fun because he enjoys a childish oddity even as a thirty-something, or use his naivety about the real world for some fish-out-of-water gags, but most of the jokes don’t come from that well. There actually aren’t many “jokes”, per se. Instead, everyone’s very understanding about what James has been through, knowing he hasn’t had a normal upbringing, and even the slightly more negative reaction from his father and sister to James’s Brigsby obsession feels realistic and never cruel. 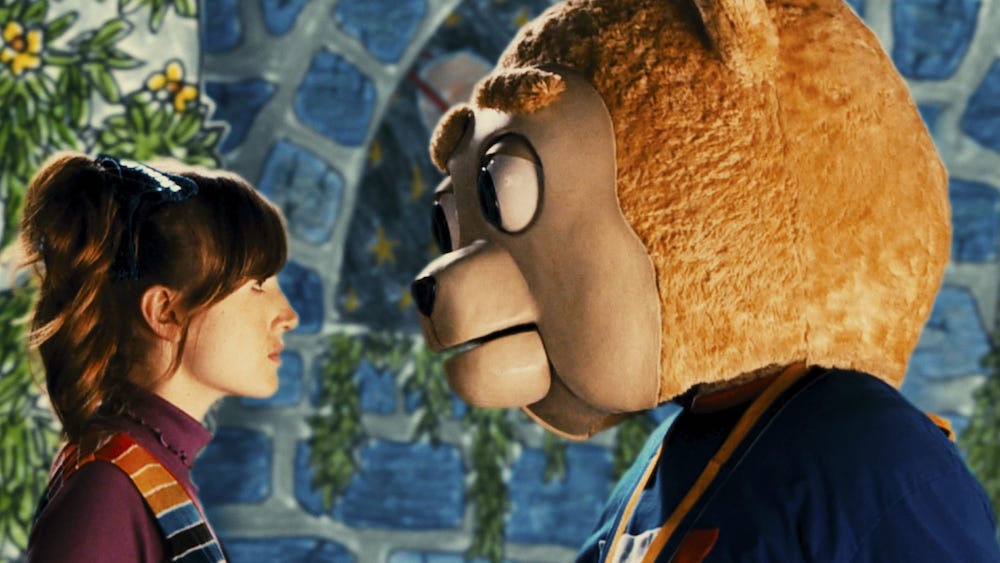 James makes friends with people his younger sister’s age, like cool Spencer (Jorge Lendeborg Jr.), and I appreciated how people’s reactions to him swerved expectations. Rather than be creeped out by Brigsby Bear and James’s troubling story of living in a bunker filled with Brigsby merchandise, they decide to join James in using the furry character as a source of inspiration for their own creative talents.

Around halfway into Brigsby Bear, the film becomes less about James’s post-Truman Show existence, and instead turns into a story about the power of the creative arts to bring meaning to someone’s life. Or how a creative outlet can focus minds and allow someone to develop friendships with likeminded people, and bond with a new family who don’t quite know how to connect with you. There’s a kindness and respect for James as a character that was very heartfelt, perhaps even a touch sentimental, when the film’s SNL pedigree might have you believe Brigsby Bear will be full of ill-mannered bullies poke fun at how weird James is. 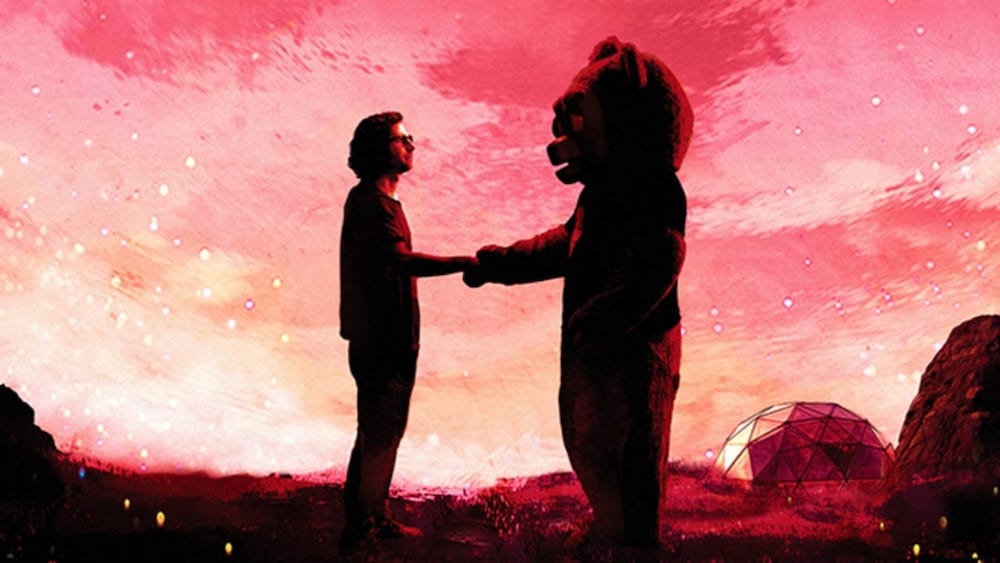 There are definitely some aspects of the Brigsby Bear concept that don’t withstand too much scrutiny, of course. It’s never properly explained why the Mitchum’s bothered to spend their time producing a 1980s-style kid’s series for their son, long into his adulthood. I guess it was a form of brainwashing (the maths in the show are amusingly advanced for the “children” it seems aimed at, Brigsby’s catchphrase is “curiosity is an unnatural emotion”), but there are surely easier ways to go about keeping James under their spell. I also don’t recall the movie explaining why James was kidnapped to begin with, and it’s a stretch to imagine the Brigsby Bear episodes being uploaded to te internet would result in huge popularity. And if they are somehow amazing pieces of faux-retro work, do the Mitchum’s get a cut because it’s their IP?

Brigsby Bear is a very interesting movie with a good heart behind it, but it never quite rises to the bold promise of the early scene-setting moments. It just turns into a sort of Be Kind Rewind (2008) meets Frank (2014) for the Barney & Friends generation. But I appreciated the restraint in not allowing the lead character to become an easy target for spiteful jokes about his guilelessness. 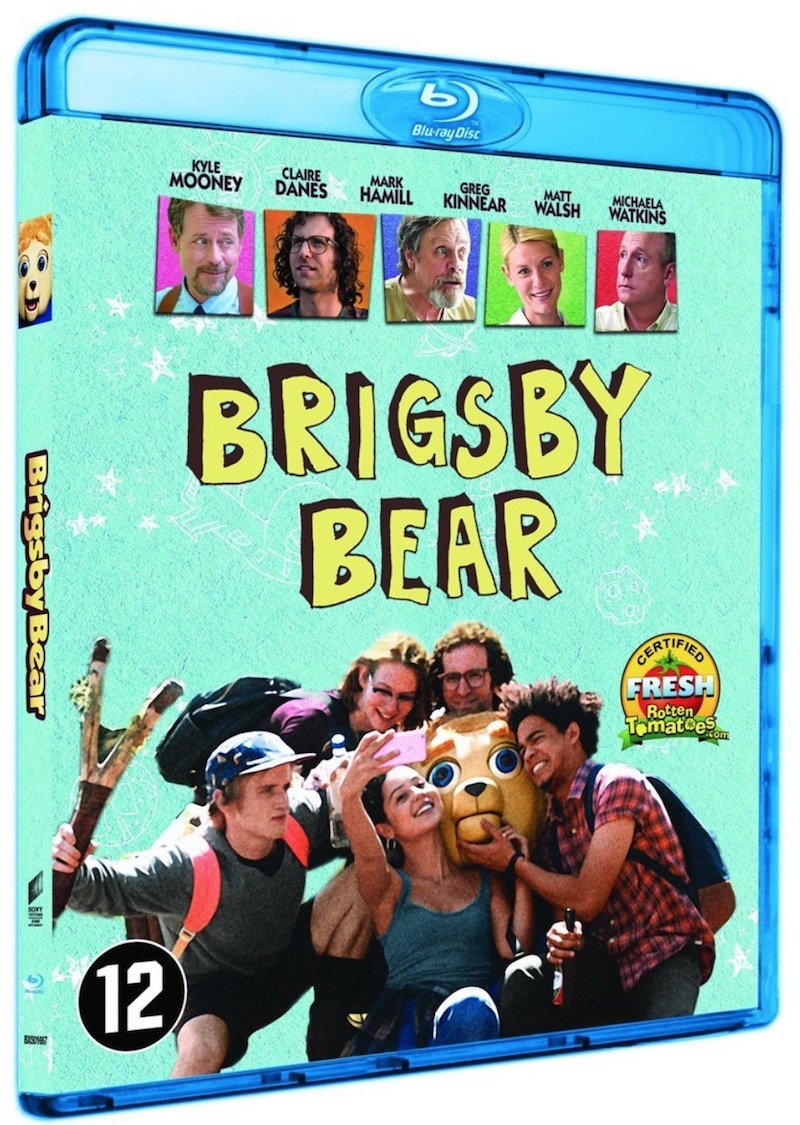 Sony deliver a good 1080p presentation of the film, with good colour and pleasing textures, making this a crisp and enjoyable viewing experience. The DTS-HD Master Audio 5.1 sound track is overkill for a movie of this nature, where the emphasis is on dialogue, only really making use of the rear channels during a nighttime house party scene.