A 65-year-old widow and retired music critic, born into a wealthy and traditional family in Recife, Brazil, is now the last resident of the Aquarius, an original two-story building built in the 1940s...

Arrow Academy are fantastic at shining a spotlight on projects that haven’t had as much mainstream coverage as they deserve. In the case of their new release, the Brazilian film Aquarius, it’s one of those stories that, on the surface, didn’t seem like my type of movie, but something about it sounded intriguing enough to give it a try. The only thing I really knew about Kleber Mendonça Filho’s film was the controversy surrounding the cast and crew protesting against Brazilian politics at the time of its release. It’s certainly worth reading up on, and gives Aquarius an added dimension to know the passion and determination of those involved. The film itself may have some political undertones, but on the whole it’s a highly relatable and believable character study about human desires and resolve that’s easy to identify with.

Clara (Sonia Braga) is strong, confident, and stubborn. We see this from the beginning when she’s a younger woman hanging out with friends and listening to Queen on cassette. There’s a feeling of being a true free spirit at the time, and it’s moments like these that shape later her successful career as a music critic. Filho’s ability to balance different moments in Clara’s life presents such a well-rounded view of her that it helps the viewer understand her motives completely. He takes his time to develop her and it pays off. Nothing in the script feels unnecessary or bloated, with each scene carefully constructed with natural and important dialogue always moving the story forward. Whether it’s Clara’s familial relationships, or her friends or neighbours, each one shows a different side to her personality that allows us to empathise when she goes through struggles in later life. 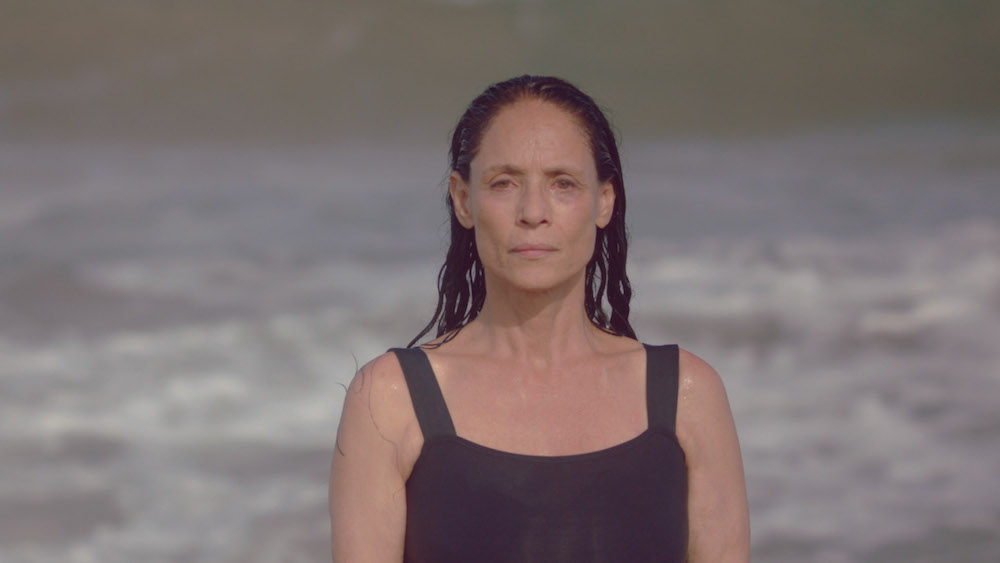 The title of the film relates to the building where Clara lives. Her flat means everything to her and the main plot point is that her flat comes under threat from a company trying to acquire it. They’ve already managed to repossess the others, and she finds herself the last woman standing. If only they knew who they were messing with. Aquarius is her life and nobody’s taking that away from her, using her determination and smarts to try and win this battle. This struggle parallels her cancer battle and gives us a huge respect for someone that doesn’t know how to lose. That’s not to say she’s perfect, as she makes mistakes along the way, but she often realises them and it makes her all the more human. Clara may get older throughout the film but her desires and belief that she deserves happiness never fades. To her, age is no reason for giving up on your dreams, whether they’re sexual or something as simple as wanting to keep your own home. 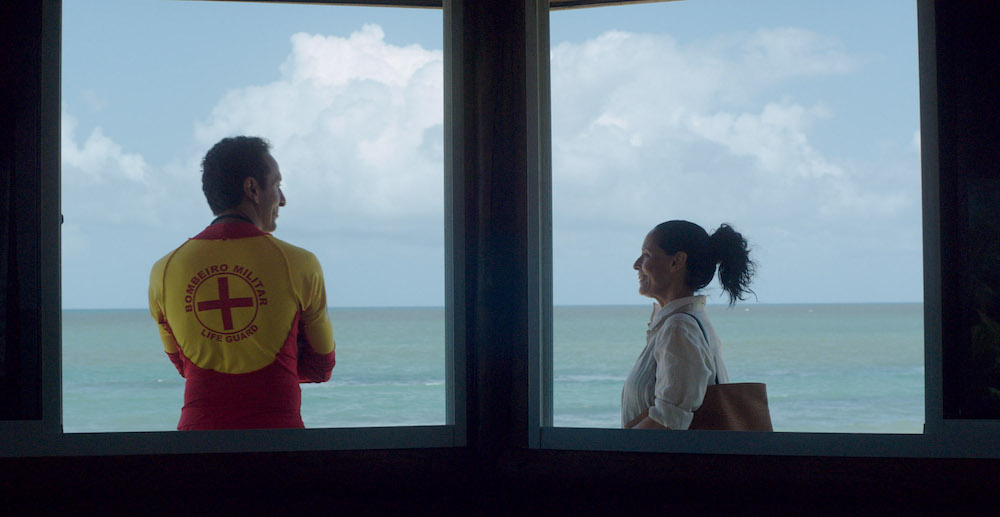 Braga is phenomenal, there’s no arguing against that. She has a presence and strength that few could hope to achieve, transforming Clara into a heroine for the ages. There’s no superpowers here, just a headstrong woman with a love for her family and for herself. It’s hard to imagine Braga could find a role better suited to her. The supporting cast, such as her nephew Tomas (Pedro Queiroz) and her housekeeper Ladjane (Zoraide Coleto), all hold their own and bring something important to the table. These are the people that know Clara best and that drive her to be the woman she’s become. She is mature in age, and certainly in experience, but she never loses her youthful exuberance or the memories of where she’s been. She looks back with fondness, but not in such a way where she believes her life is over, but instead taking those thoughts and using them as inspiration for living even more for today. She’s not letting the developer Diego (Humberto Carrao) trample all over her and uses the memory of her equally stubborn and determined Aunt Lucia (Thaia Perez) to drive her fight.

Aquarius isn’t a short film, with a runtime of 140-minutes, and it requires a lot of patience and attention. That’s not such a bad thing, as not all movies need to contain huge explosions and bright colours, and there’s a methodical approach to the storytelling that means we get inside the head of Clara and really feel for her as we follow her life. The movie is shot beautifully with a distinctly Brazilian feel to everything, but importantly we’re never made to feel like outsiders looking in. There’s a familiarity maintained throughout with Clara (who could be anyone anywhere in the world really), and that helps us to stay on her side. The foreign language doesn’t act as a barrier, and the setting’s almost irrelevant at times. Aquarius does well to remain accessible and never veers too much into Brazilian culture or politics, to the point where it stops making sense to foreign audiences. It’s definitely one to watch for those that enjoy more character-driven stories. 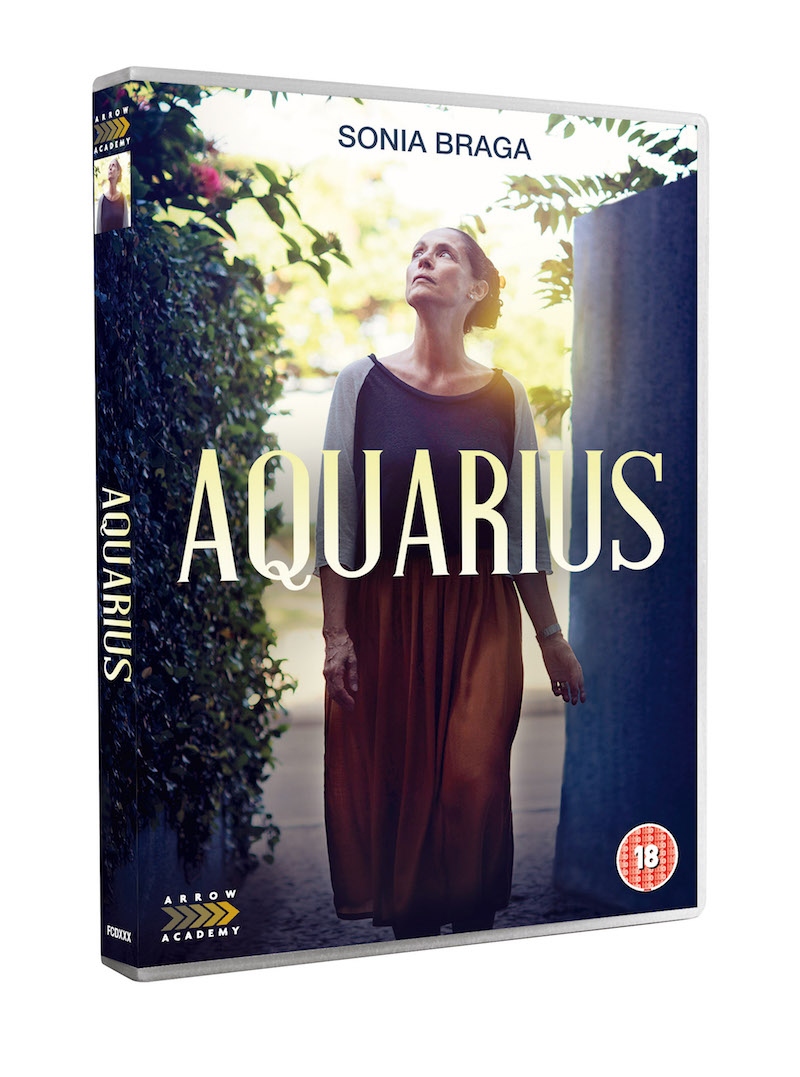 Written By
David Bedwell
More from David Bedwell
Dave, an artist who has yet to complete anything significant in his...
Read More