Gena Rowlands is Marion Post; a coasting, middle-aged, well off New Yorker, in Woody Allen’s Another Woman. She’s also a philosophy professor with a stable if dull husband (Ian Holm), who started an affair with her while he was still married. She has no reason to question her life, or the decisions that have led to her current situation, until an indirect encounter with another woman gives her pause for thought. That person is Hope (Mia Farrow), a pregnant woman whose therapy sessions Marion listens to through a vent that connects her writing flat to the physiatrist’s office. Listening to the most private fears and thoughts of another woman causes Marion to view her own life differently, and question how and why her life has developed as it has.

It becomes increasingly clear to Marion that her happiness is superficial, if it can even be called happiness at all. She’s increasingly aware of her husband talking to her in a way he used to talk to his wife around the same time he left her. We see him offering half apologies to his ex in flashbacks, and in the present he repeats the exact same phrases as he apologises to Marion for his current failings. She suddenly becomes aware of what other people think of her, too. Marion’s a woman who’s only just begun to consider that maybe she’s the source of some of the problems in her personal relationships. She discovers that others see her as stern, harsh, or downright frightening in some circumstances. 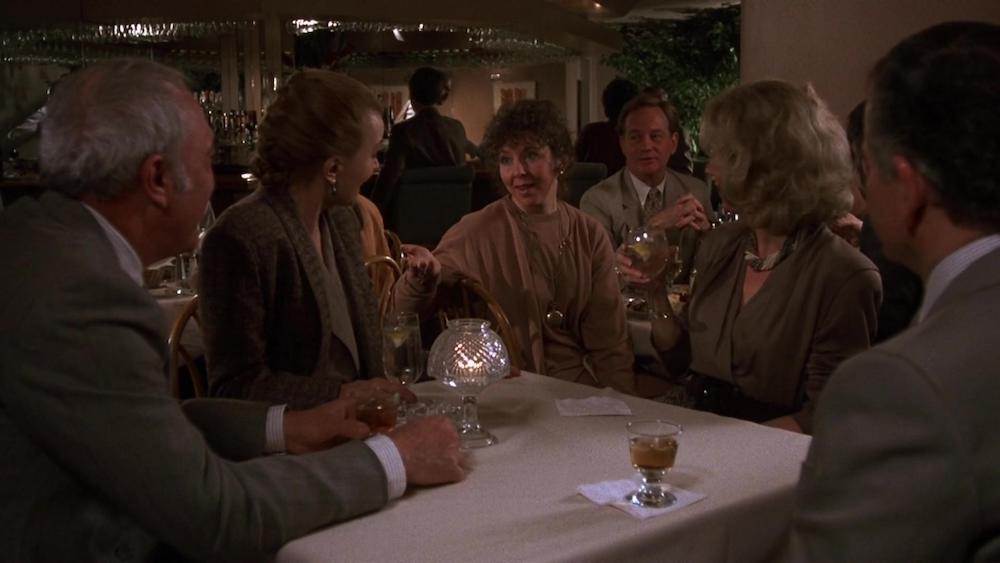 If Another Woman is Woody Allen at his dramatic and melancholic best, the same can certainly be said of Gena Rowlands. Her haunting voiceover, which opens the film, is instantly cinematic, and there could be no better way to introduce the audience to this woman, her circumstances, latent frustrations, and self-perceptions. Allen also plays around with all kinds of narrative and structural devices. The whole film adopts a dreamlike quality as Marion explores her past experiences and the histories of various relationships she’d had. But whether she’s exploring them or they’re haunting her is never quite clear.

Allen doesn’t bother with much of a coherent narrative. Instead, he lets Rowlands loose, and this decision certainly pay off. It’s the minor details and incidental conversations between Marion and the various people orbiting her that offer us an understanding of her attitude towards others, and where she might have gone wrong in the past. These discoveries are not just made by the audience, however. Often, Marion is finding things out about herself and her past at the same time we are.

Marion’s journey of self-discovery is melancholic but never hopeless. Showing the influence of Russian literature (and Chekhov in particular) on his work, Allen tries to end the film on an ambiguous and unresolved note. Having learned she isn’t, and possibly never was, the person she previously saw herself as, Marion is at a crossroads. But she does have a chance to start afresh. Her newly enlightened state could offer her the basis of a new self, but future happiness is far from guaranteed as we part ways. The only thing that’s certain is that Marion will never be the same woman again.