There was much to enjoy about this episode, not least how it’s an hour The X-Files couldn’t have done during its original run. It was also very experimental, in terms of using very limited dialogue, and I loved the idea of Mulder (David Duchovny) and Scully (Gillian Anderson) almost meandering into a dangerous situation during a date night. But I can’t in all honesty say “Rm9sbG93ZXJz” (that’s base64 code for “Followers”) held my attention for its entire duration, because it felt like a short film stretched to twice its natural length, although tolerances for that will vary. Also, the concept was interesting but also a bit ridiculous and repetitive in its execution.

Essentially, “Rm9sbG93ZXJz” found Mulder and Scully eating at a high-tech sushi restaurant absent of human staff (or fellow customers, oddly), being served their food by robots cooks while struggling with the automated menu and payment system. It was an attention-grabbing way to begin an X-Files, and a peculiar atmosphere was expertly created by the various bleeps and chirps from the restaurant’s man gizmos. I also haven’t experienced anywhere like that (do they exist beyond concept businesses in Tokyo?), so in some ways it felt like this episode was giving us a glimpse of the near-future. That feeling persisted when it became clear “Rm9sbG93ZXJz” was going to show us a technological meltdown in other forms, once Mulder and Scully left the malfunctioning restaurant and encountered other problems with their driverless car, a swarm of drones, a Roombah, Scully’s home security system, and other “smart” features. 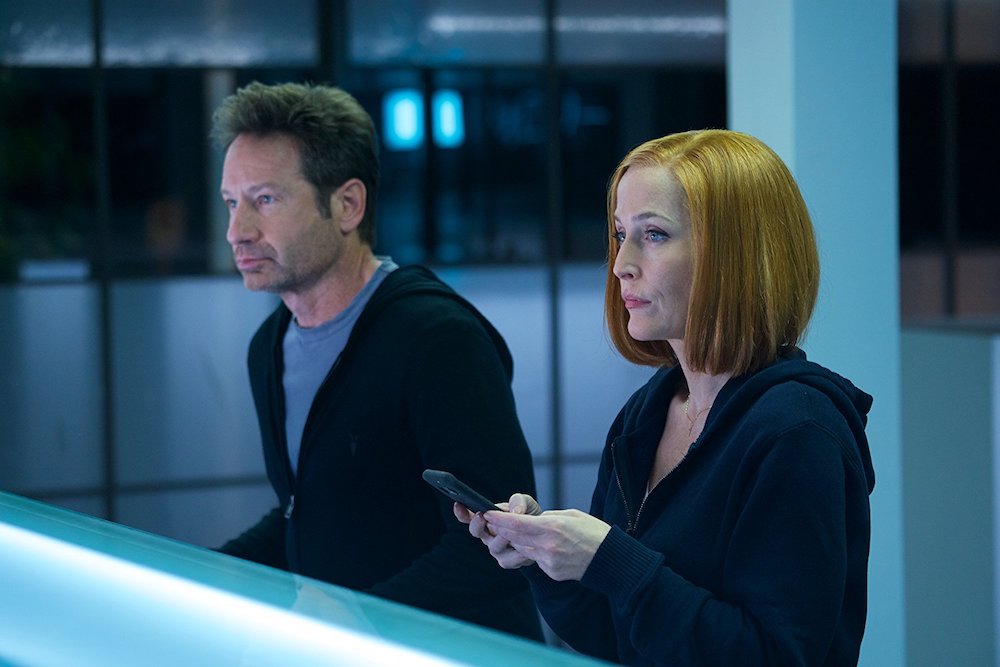 And this was part of my issue with the episode. I liked the idea of Mulder and Scully being attacked by things created to enhance our social and domestic lives, as homes are quickly being filled by artificial intelligences, but there was certainly a period where it felt stupid this was happening. And the episode wasn’t enough of a “comedy” for me to indulge every single crazy glitch, so at a certain point “Rm9sbG93ZXJz” ran out of tricks. What it was trying to do, or say, wasn’t all that unique and clever either. It was just a fun way to have these characters go on an unexpected nighttime adventure together, and the enemies they were up against were different to the norm. One might even say this episode felt like a response to the success of Black Mirror, and even featured some ‘robot dogs’ seen in that show’s recent “Metalhead” episode. 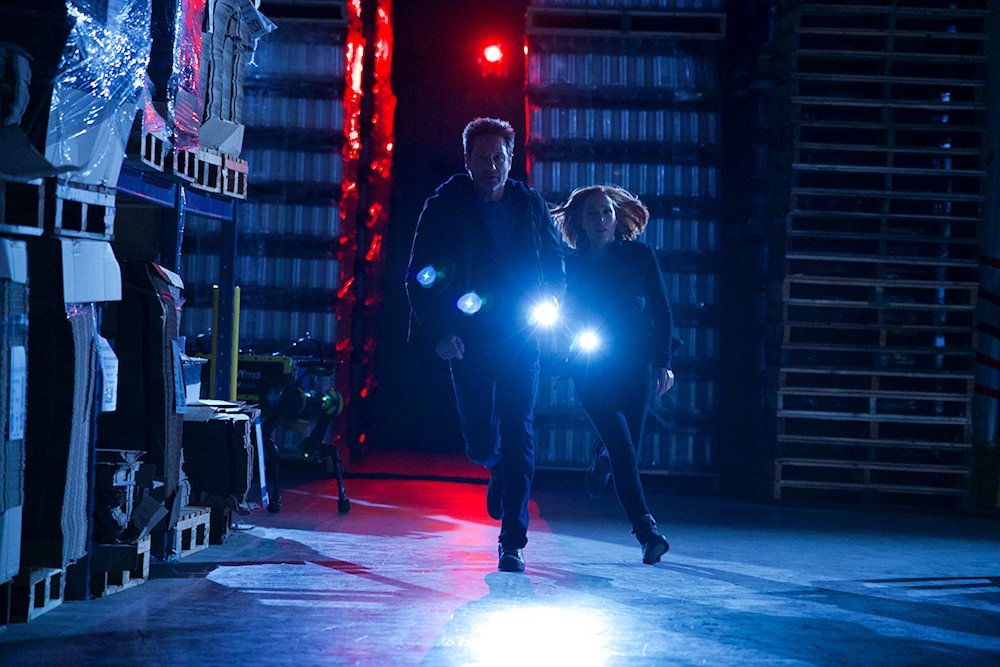 I have a feeling “Rm9sbG93ZXJz” will become a love-or-hate topic of debate this season, but it’s certainly an instalment that felt different — which is very much appreciates in a 25-year-old show. There were some great moments and a pleasantly off-kilter vibe, plus a sense The X-Files perhaps exists in an alternate universe that’s more technically advanced than our own? The production design for the variety of fictional apps and devices was amusing and fairly convincing, too. There wasn’t much here to sink your teeth into, in terms of plot, but it was a little oddity that was fun to engage with… until it started to lose steam… but luckily the final act pulled things together with a dry joke. The script by Shannon Hamblin (former writing assistant to producer-director Glen Morgan) and Kristen Cloke (Morgan’s wife), often felt better suited to a tie-in novel or comic-book, but it was interesting to see a goofy story like this on the main show.

Even after 25 years, it’s good to know The X-Files can do an episode that feels different and will cause some debate about its pros and cons. It didn’t really have enough meat on the bone for me, and my attention started to wander once it became clear this was going to be a series of escalating calamities that got progressively less plausible, but I’m still glad “Rm9sbG93ZXJz” threw a curveball at us.