If you missed American Assassin in cinemas last autumn, this is the chance you’ve been waiting for to catch up on the latest round of CIA vs. terrorists. So mark 15 January on your calendars, for  you’ll have the chance to pick between DVD, Blu-ray, 4K Ultra HD, and VOD. If you already had the chance to watch it on the big screen, I trust you’ll never want to see it again unless you’re unquestionably in love with the genre.

The film opens with Mitch Rapp (Dylan O’Brien) filming his girlfriend Katrina (Charlotte Vega) swimming in the sea while on vacation. When Mitch pulls out a ring and proposes to Katrina, while still holding his phone in her face, we are less than 5 minutes into the film and the cheese-o-meter is already off the charts. Then, torn from the first page of Manipulating Audiences for Dummies, a bunch of heavily-armed men arrive and start firing against the crowd, killing Mitch’s would-be fiance. Calling the shots is Michael Cuesta, already a director-producer for FX’s Homeland and the filmmaker behind Killing the Messenger (2012), now responsible for a movie that kills civilians with the same casualness I have when flicking crumbs off my pyjamas. 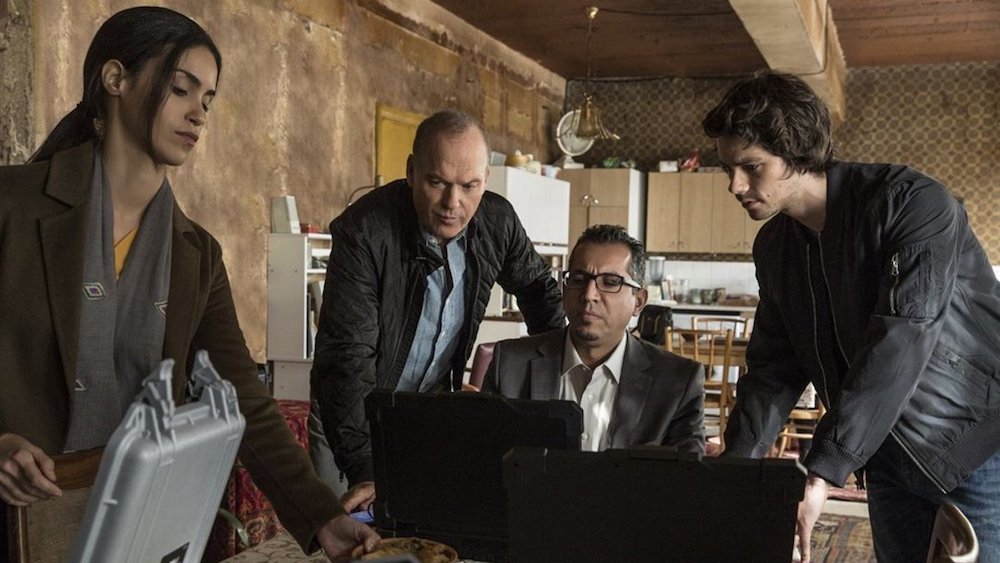 Now, what is a young man who’s just seen the love of his life executed right in front of him minutes, seconds he proposed to her, going to do with his life? Depression, therapy, self-harming? Maybe all of the above, but the answer here is: become an assassin. Not a nutcase with a gun, oh no, he becomes a focused, well-trained, self-taught one-man army who’s obsessed with tracking down the men who killed his girlfriend.

“18 months later” is the reasonable period of time the movie gives Mitch to master a variety of weapons, learn to speak Arabic, memorise the Qur’an, set up an encrypted connection to talk to suspect terrorist cells, infiltrate their network, and travel to Libya to face his enemy. Fearing Mitch’s recklessness, the CIA intervene and extract him from the terrorist hideout, before putting him in the hands of tough-guy Special Ops trainer Stan Hurley (Michael Keaton). 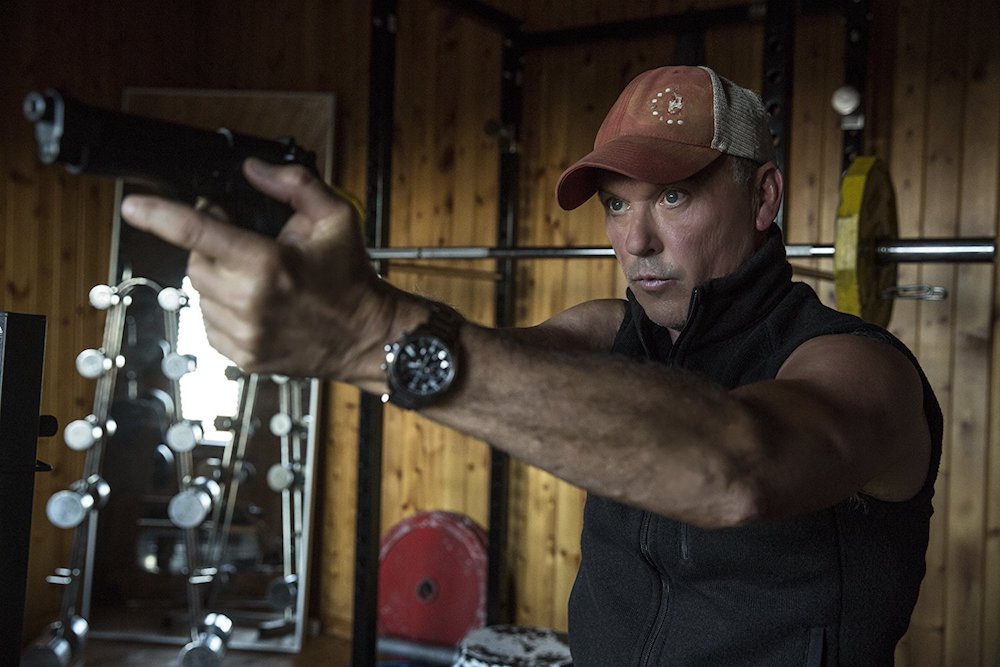 I didn’t expect too much from O’Brien, who’d already failed to impress me in the Maze Runner saga, but seeing Keaton pretend he’s playing anything but a tired imitation of Sgt. Hartman from Full Metal Jacket (1987) made my day a little worse.

Mitch’s arc, at least initially, seems to be implying his rage, obsessions, and violence are effective but misplaced. One could almost expect to see a critique to the bloodthirsty calls for indiscriminate war against the Middle East that always follow an act of terror in the West. A “j’accuse” against replying to violence with violence. Instead we’re told that to be a better person, and more functional to society, Mitch should channel his dark, trauma-induced feelings into an illegal, morally repugnant, highly destabilising but methodical approach to murdering. 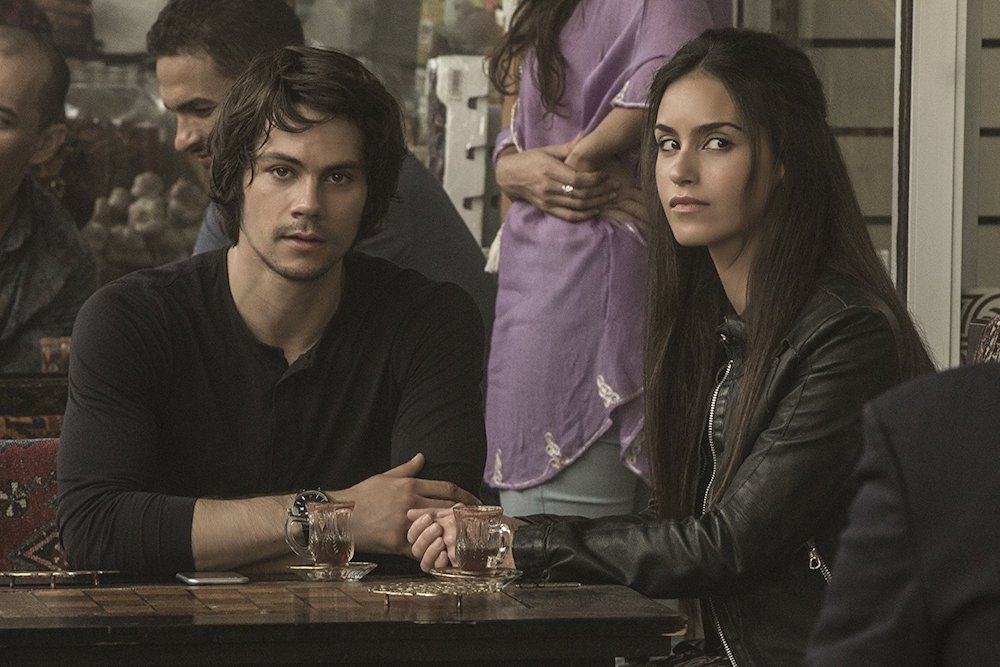 The film’s message seems to be “if you need purpose in your life, join the CIA covert operations program and come shoot some terrorists”, and yes, it’s normal if it makes you sick to your stomach. But isn’t the film also trying to say something more with its title? Is “American Assassin” meant to be as ambiguous as it sounds? The negative connotation of the word “assassin” could indicate a certain awareness to what’s really happening to Mitch, who acts exactly like an assassin, if a state-sponsored one. He might murder his enemies to get his revenge, or he might do it for the government out of a misplaced sense of patriotic duty. Either way, that title tells us that Mitch will never truly find redemption, because his role is to take lives, just like the terrorists who killed his girlfriend.

Does this dilemma get picked up at any point during the film? No. The four screenwriters hired to adapt the source novel (part of a successful series of books by Vince Flynn) were too busy filling the script with spy thriller tropes. If the first act had activated my baloney-alarm, by the time I got to the introduction of Keaton’s character I realised I was knee-deep in a quagmire of improbable, convoluted plot points. 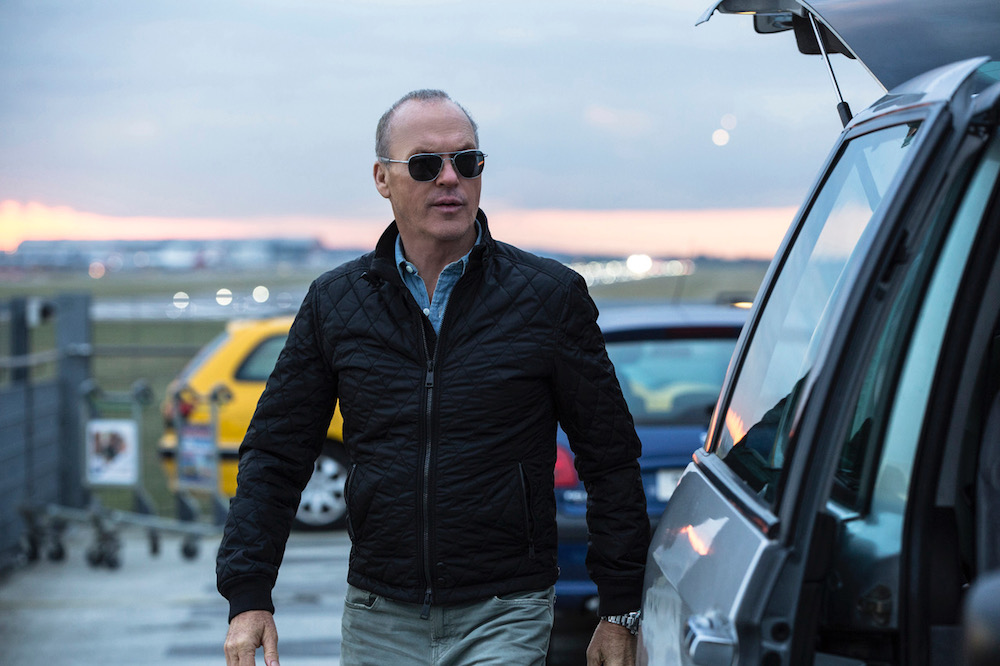 Laughable training scenarios (one in an IKEA-like environment), Iranians violating their nuclear treaty, obvious triple double-crossings, the inevitable agent-gone-rogue development, all seasoned with shaky-cam and ten-cuts-per-second action sequences. At one point, perhaps thinking he’s directing Four Lions (2010), Cuesta sets a black market sale of plutonium inside the back of a van parked in the middle of a busy square in central Warsaw. What could possibly go wrong?

The Blu-ray and 4K Ultra HD discs include several special features, the most notable being a video about the actors performing their own stunts, although it never focuses on the action as much as it should. The DVD only includes a Q&A with O’Brien and Taylor Kitsch (who plays one of Hurley’s former agents), which is, alas, poorly moderated. If you want to start your 2018 with a bang, go right ahead and order a copy of American Assassin. Bang’s the sound the disc will make when you throw it in the dustbin.