Sam Mendes’ World War I epic follows one simple narrative: two soldiers are given a seemingly impossible mission to deliver a message to call off an attack the next morning which, if it goes ahead, will see 1,600 British soldiers fall into a German trap and be massacred.

But it’s far from simple for Lance Corporals Will Schofield (George MacKay) and Tom Blake (Dean-Charles Chapman)—whose brother is with the regiment due to attack—after they’re given their orders directly from General Erinmore (Colin Firth). They must cross No Man’s Land and sneak behind enemy lines in an anxiety-inducing race against time that’ll leave audiences feeling breathless, yearning for the young soldiers to keep moving and reach their objective. 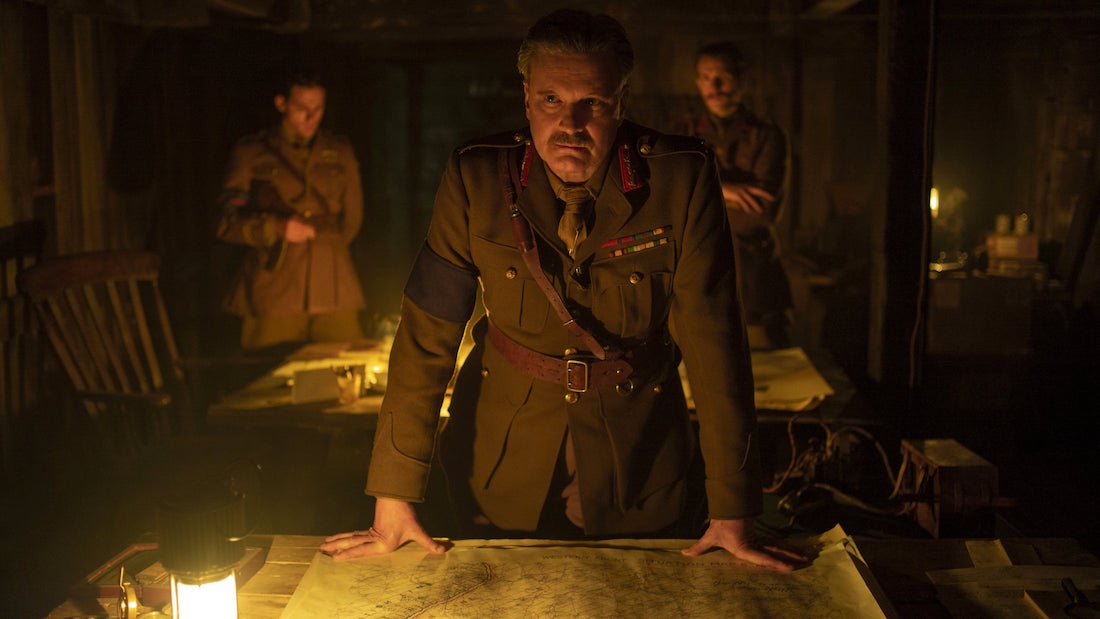 1917 wasn’t actually shot in a single continuous take, as it seems, but rather a cleverly edited succession of long shot sequences. Long action takes are not unfamiliar territory for Mendes after working on Skyfall (2012) and Spectre (2015), as the latter’s opening sequence is a particularly incredibly shot moving through Mexico City’s Festival of the Dead. It was perhaps a foreshadowing of the director’s ambition to take that sequence to feature-length for 1917.

Behind the camera with Mendes is esteemed cinematographer Roger Deakins (Skyfall), who won his first Academy Award for ‘Best Cinematography’ after working on Blade Runner 2049 (2017). He could be set to win his second for 1917, as Deakins’ sweeping camera takes us from boots in the mud of No Man’s Land (glancing over rotting corpses and craters) to aerial shots of masses of soldiers huddled in white stone trenches flanked by lush green fields. 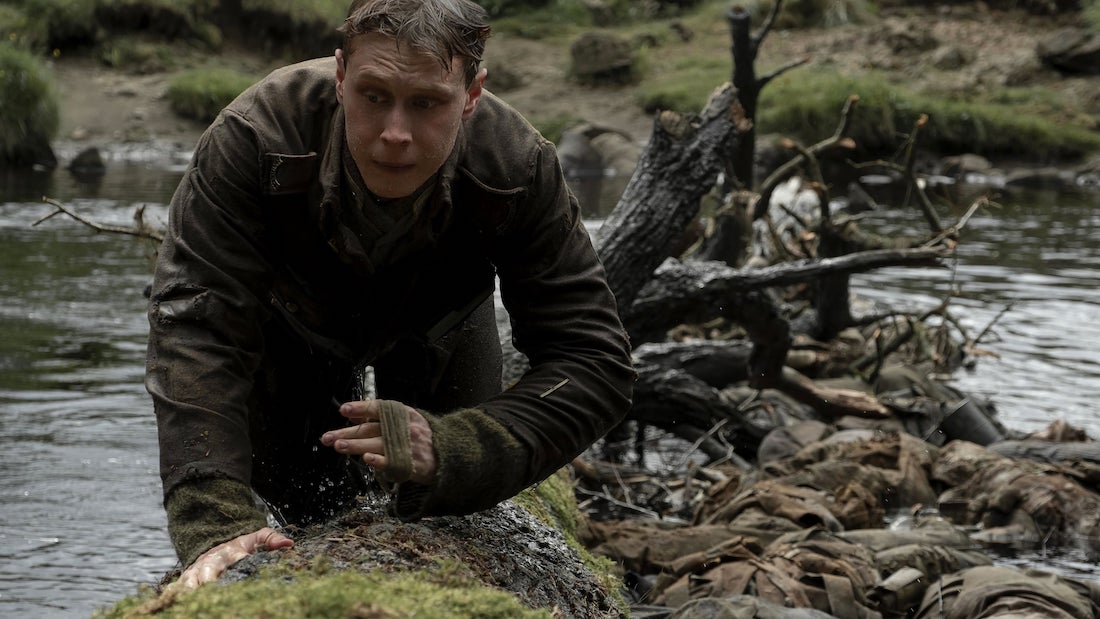 There’s an abundance of WWI films, but none achieve the visceral experience of war that 1917 does. It’s been compared to Christopher Nolan’s Dunkirk (2017), with some shots bearing a striking similarity. One look at 1917’s Schofield running across a battlefield with bombs falling behind him, and it’s easy to be reminded of Dunkirk’s Tommy cradling his head on the beach as explosions hit nearer and nearer to him.

But whereas Dunkirk told an epic narrative with multiple characters and narratives, 1917 is much more streamlined and focused. This and the ‘one-shot’ perspective brings us an almost minute-by-minute account of the characters’ experiences. Other than one obvious cut in the latter half, we watch it almost entirely in real-time; experiencing what must be as close to real warfare as you’re likely to get through the medium of cinema. 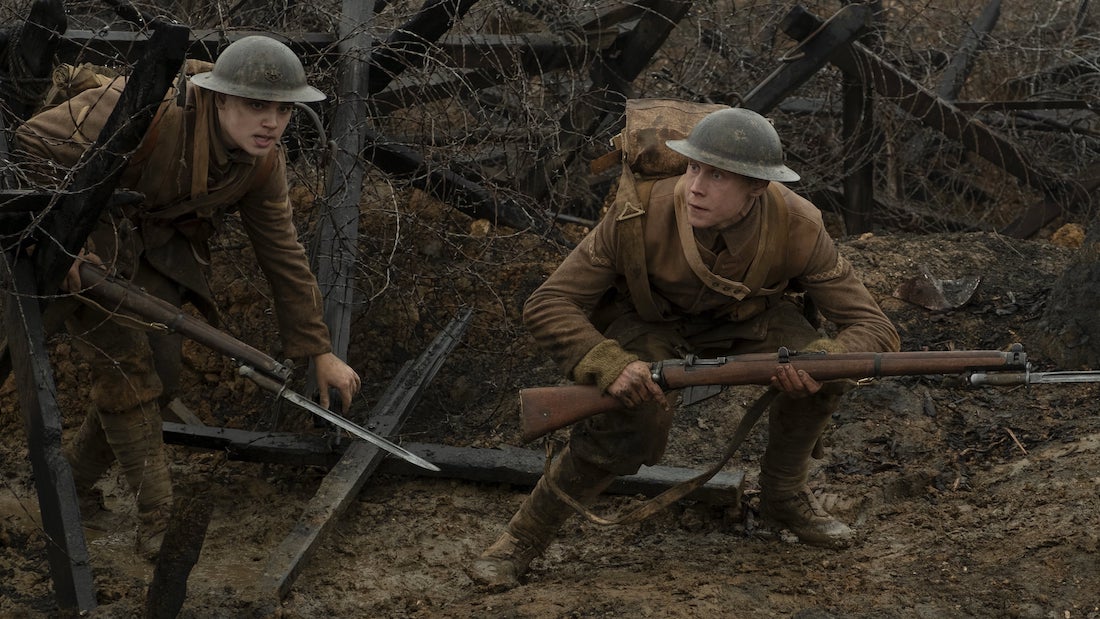 It goes without saying this is a picture made for IMAX. 1917’s selling point is its astonishing cinematography and there are some particularly stunning shots and sequences, some of which are quite surreal. There’s a nighttime chase sequence which takes place in a bombed-out town with a burning church and flares flying overhead, creating a nightmarish atmosphere as our protagonist is hunted by Germans.

That’s not to take away from other aspects of the film, however. Thomas Newman’s score is tremendous and drives home the story’s intensity and emotions, while the performances are faultless from relative newcomers MacKay and Chapman—supported by veterans in small role likes (including Firth, Benedict Cumberbatch, Mark Strong, and Andrew Scott). Richard Madden is especially good despite having no more than a few minutes of screen time in the movie’s last few scenes. 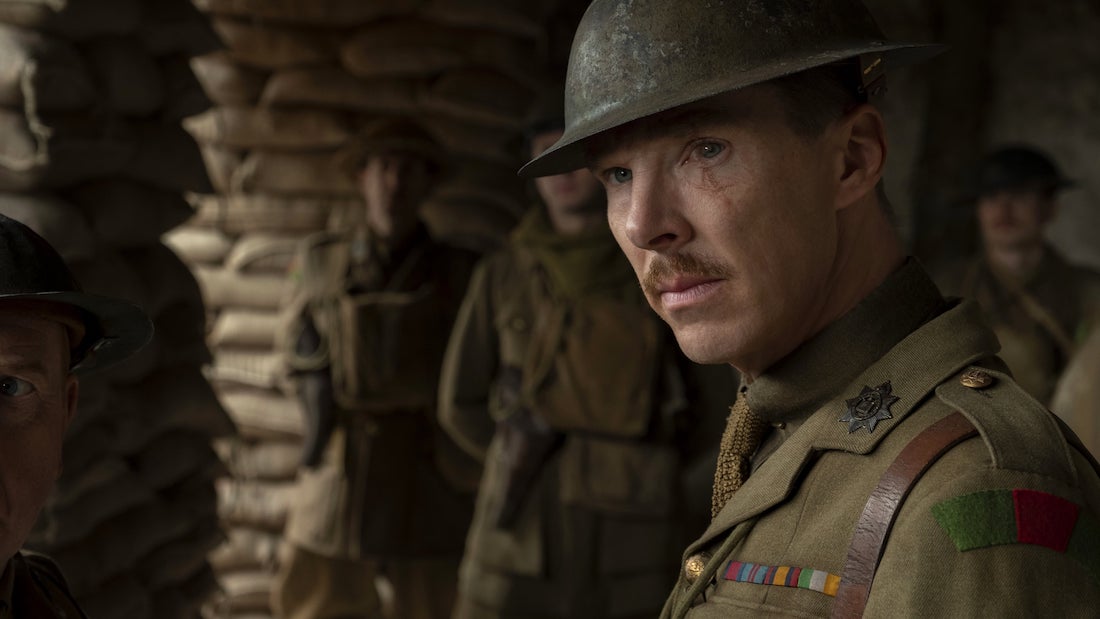 The shots of No Man’s Land are harrowing and feel like something out of T.S Eliot’s “The Wasteland”. It creates a hellish landscape which our protagonists struggle through, reminding us that folk at the time thought The Great War would be finished by Christmas. They also thought it would be a wonderful adventure, but instead found themselves in the first ‘modern war’ involving chemical weapons, artillery, and tanks.

Just nominated for 10 Academy Awards (including ‘Best Picture’, ‘Cinematography’, ‘Original Screenplay’, and ‘Director’), 1917 looks set to cement itself as both a great cinema experience and a picture that can stand amidst the top-tier of war movies. 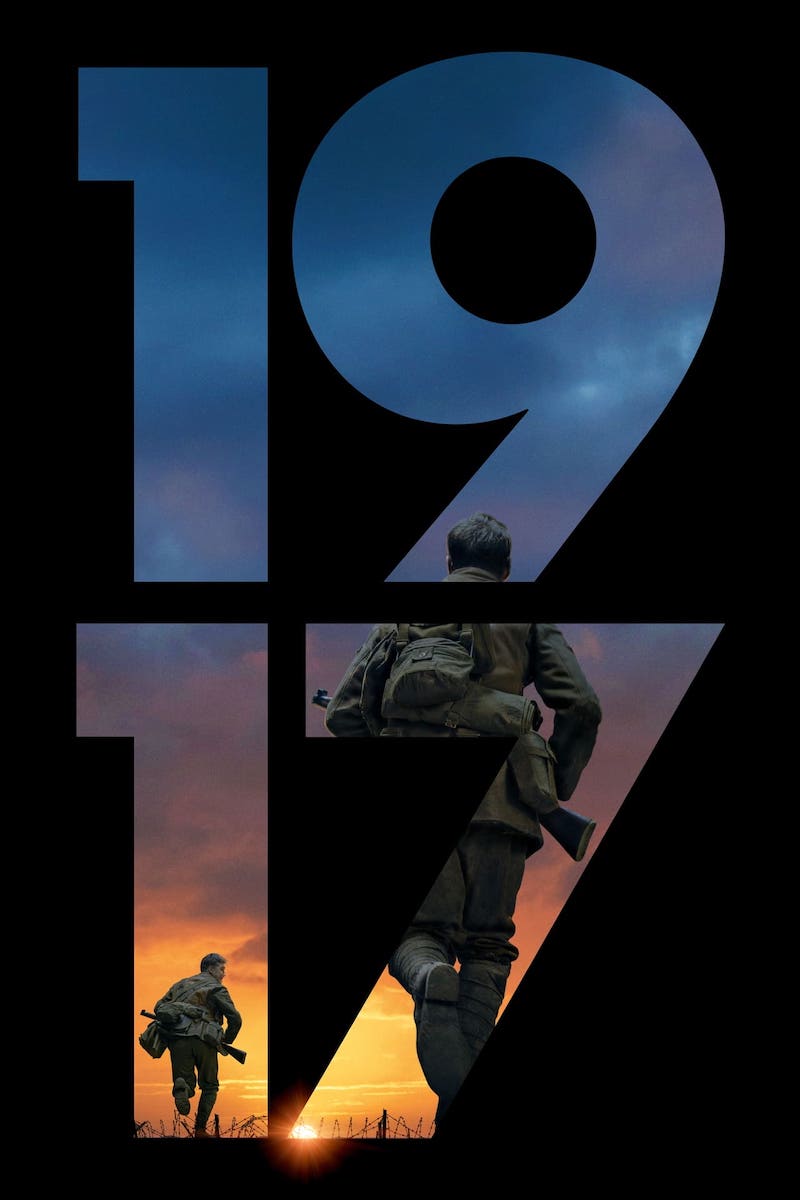