Tom McCarthy’s sober, clear-eyed take on the Boston Catholic Church child abuse scandal, and how the Boston Globe’s Spotlight investigative team uncovered the story, is a throwback to the sort of films they don’t really make any more. A serious, densely-written look at a very important issue, it tells its story with a straight bat and doesn’t pull many punches. As such, there’s something of the rage of the great media-driven dramas of the 1970s, like All the President’s Men or Network, although it lacks the flash and fizz that made those classics so memorable to this day.

Despite sitting in their shadow, there’s still much to admire here; most notably a strong ensemble cast that includes Michael Keaton, Rachel McAdams, and Mark Ruffalo—who all turn in solid, unshowy performances. (Although it’s a surprise Ruffalo was the one to land a best supporting actor Oscar nod, given his big scene is one of Spotlight’s few false notes and comes across more actor’s showreel than real-life event). In truth, some of this movie’s best performances comes from the sidelines, such as Liev Schreiber’s gruff Marty Baron, the impassioned Jewish outsider who becomes editor of the Boston Herald, then immediately starts picking at the town’s tightly-woven mesh of religion and lies. 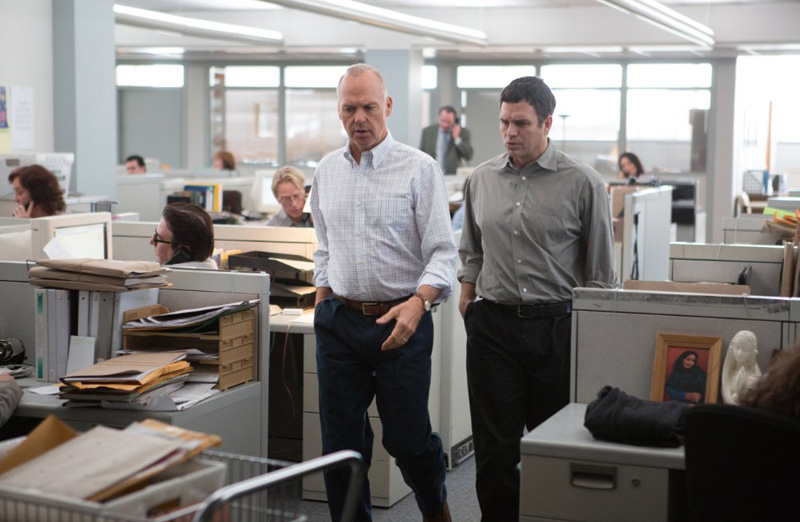 They say it’s just physical abuse but it’s more than that, this was spiritual abuse. You know why I went along with everything? Because priests are supposed to be the good guys.—Peter Canellos

Mad Men’s John Slattery gives Ben Bradlee Jnr just enough tarnished charm to make us wonder how much this urbane scion of town and church really knows, and Billy Crudup is wonderfully slippery as a lawyer whose commitment to his clients goes only so far. Best of all, though, is Stanley Tucci as ornery lawyer Mitchell Garabedian, for so many years a lone voice calling out the church’s abuses. His scenes with Ruffalo crackle with disillusionment and despair, while it’s his calmly stated assertion “I’m not crazy, I’m not paranoid. I’m experienced” that lingers longest in the mind once the credits roll. 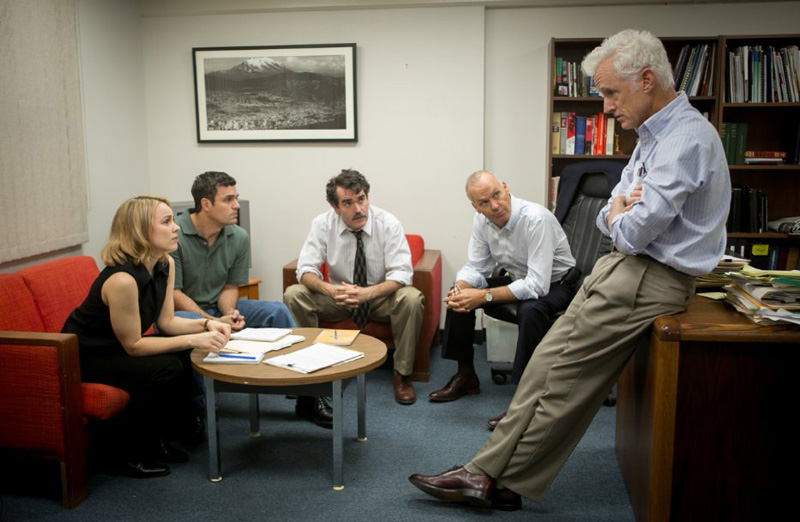 This is a film about the joys of real journalism—so how you feel about that will depend on how you feel about the profession itself. Personally, I’m a sucker for stories in which the good ladies and gentlemen of the press are portrayed as knights on white chargers storming in to save the day, sniffing out corruption and holding the previously unaccountable to account. But then again, having worked on national news desks in both the U.K and the U.S, I would be—but there’s no denying McCarthy adeptly captures the unique thrill all reporters feel when a long-gestating story finally comes off. 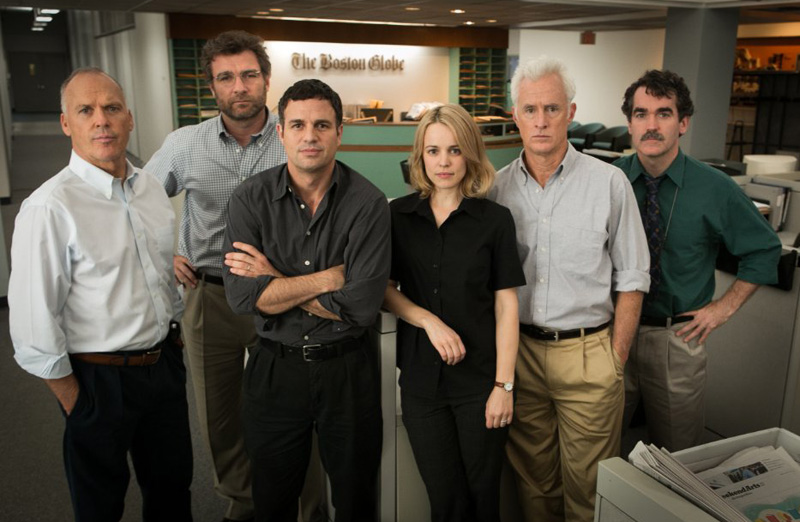 I was eleven. And I was preyed upon by Father David Holly in Wester. And I don’t mean prayed for, I mean preyed upon.—Phil Saviano

There’s a sweet nostalgia for dedicated newshounds, too. Spotlight’s set during a time when print matters and McCarthy, co-writer Josh Singer, and the entire cast, all revel in the idea of deadlines being met, contacts coerced, and a corrupt institution being brought to justice. That’s not to say that the actual victims are ignored—indeed, some of the most powerful scenes are those where they tell their halting stories and the long-standing effects of the church’s abuse become clear—but it’s hard to escape the sense the injured parties are playing second fiddle to the stars of the newsroom. And that ultimately proves to be this film’s greatest flaw: by turning his spotlight on Spotlight, McCarthy has crafted a very involving tale… but not a devastating one.