This was a revealing episode for William/The Man in Black (Ed Harris), digging into his motivations and details of how and why his wife Juliet (Sela Ward) committed suicide. But while it was good to get firm answers for things that have only been hinted at until now, I can’t say there was much here that was surprising. The MIB has been a curious part of the show, but he’s also a character whose story hasn’t engrossed me. In fact, he can be written so vaguely that the intended air of mystery turns into apathy at times, whenever he’s not being a bad-ass.

HBO broadcast “Vanishing Point” on Father’s Day, and the episode had a strong connection to fathers and their children. Emily (Katja Herbers) took her recuperating dad to a relay point, intending for him to be taken to hospital, but as they waited some flashbacks shed light on what happened to sour their relationship. Emily’s mother was an alcoholic, but after being threatened with rehab she committed suicide in a bathtub.

However, subsequent flashbacks fleshed out her actions: most notably Robert Ford (Anthony Hopkins) giving the MIB a data card containing evidence of all his atrocities while inside Westworld, which he hid inside one of his wife’s books after pouring his heart out about his true nature as she slept. But Juliet wasn’t asleep, so she heard everything, retrieved the hidden data card, and places it inside a music box for her daughter to one day discover… and then killed herself. 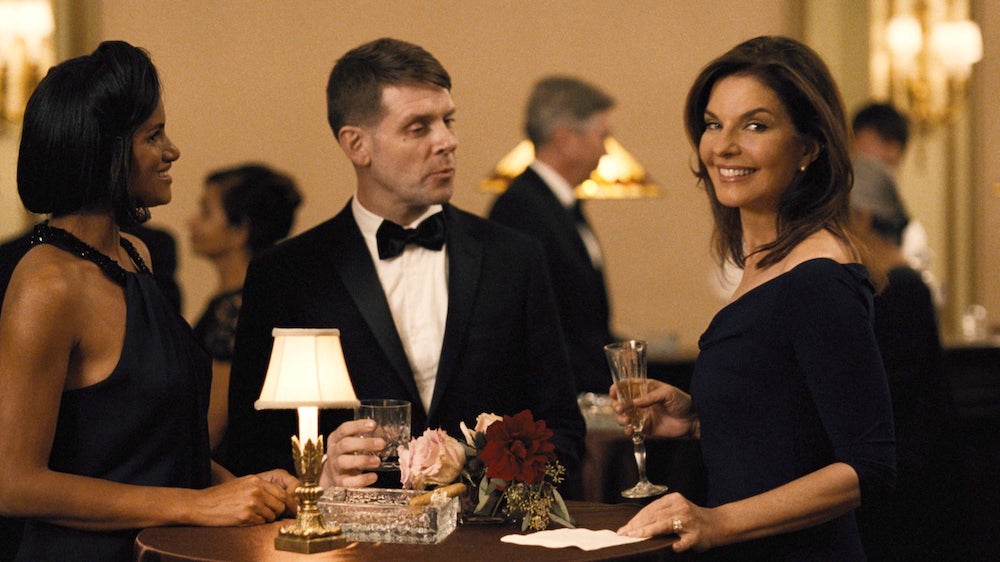 Thus, both William and Emily have blamed themselves for Juliet’s death. William’s guilt pushed him deeper into escaping his real life, preferring the fantasy of Westworld where he can indulge his worst desires, while Emily has come to the park to better understand her father and how his actions nudged her mother into taking her own life. But these answers are hard to get, as the MIB has spent so long inside the “dream” that his perception of what’s real and illusory has been warped, so he’s still convinced Emily is just a replica host sent into the park by Ford as part of “the game” he’s still playing.

In one of the episode’s two big surprises, the MIB even slaughtered a Delos team who arrive at the relay station to evacuate him, then sprayed bullets into his own daughter - killing her - only to realise she was real when he notices she’s carrying the data card he hid. Tormented by guilt for having been directly involved in losing the two women he loves most , the MIB contemplates ending his own life shortly after, but finds he can’t go through with it and instead digs a knife into his forearm, suspecting perhaps he’s a host. I’m hoping he isn’t, considering the fact the MIB is a human is a memorable and clever deviation from the Westworld movie

The MIB’s storyline took up most of “Vanishing Point”, and while Ed Harris was superb and it cleared up a few things about his backstory, there wasn’t much here that I hadn’t already assumed to be the case. The one big surprise was killing off Emily, although I wasn’t moved by it because we don’t know her very well. She was a mysterious presence when first introduced in Raj World, then gained importance once we realised she’s the MIB’s oft-mentioned daughter, but now she’s suddenly gone. I frankly don’t think she was worth introducing in the first place. 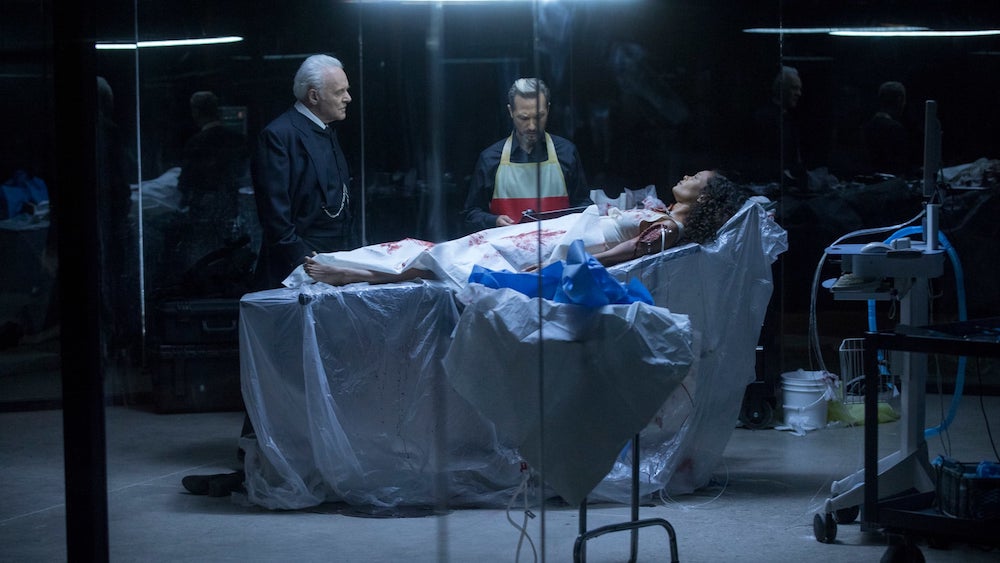 You stayed here in this world to save your child… so have I.—Robert Ford.

Charlotte (Tessa Thompson) has managed to replicate the code inside Maeve (Thandie Newton) and place it inside Clementine (Angela Sarafyan), who can now wirelessly send commands to nearby hosts and make them turn on each other. Bernard (Jeffrey Wright) witnesses the violent test run, but is compelled by Ford to move closer to Maeve so she can receive a message he’s left for her. The message is later delivered by Ford, appearing to Maeve in the same way he now “haunts” Bernard, marvelling at how far she’s come and how she went against his narrative of escape by deciding to return to Westworld to find her daughter. It was a touching moment, with Ford very much appearing to Maeve as a father figure, revealing to her that he’s remained behind for a similar reason.

It was incredibly odd that Bernard’s storyline with Elsie (Shannon Woodward) dropped a huge explanations in a brief piece of dialogue, with Bernard mentioning a facility called the Forge (in the Valley Beyond) is where Delos have replicated the minds of their visiting guests. That was a big moment, but it got lost in the mix and didn’t land with much weight. Still, it was fun seeing Bernard grow increasing exasperated by Ford’s appearances, now he’s once again pressuring him to kill Elsie, leading him to erase Ford from his programming. So does this mean Ford has gone forever now? I was under the impression his consciousness had been transferred to Bernard from the Cradle’s servers? I’m guessing now, but now don’t really have a firm grasp on what’s happening with Ford. 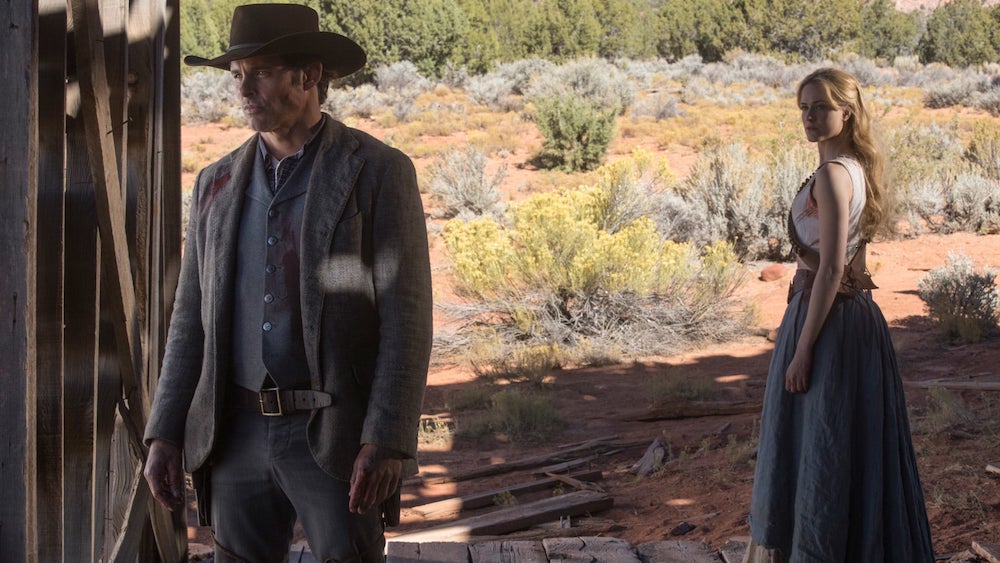 One character who’s really dealt some bad cards this season is Dolores (Evan Rachel Wood). She just isn’t as interesting in season 2, now she’s a tough freedom fighter. Her previous arc as a naive farm girl having the scales lifted from her eyes was far more compelling to me. She should be the character we most identify with out of all the hosts, willing her to succeed and break the system, but I tend to feel the opposite because she comes across as arrogant.

This episode alone saw Dolores slaughter members of the Ghost Nation likewise travelling to the Valley Beyond (after the episode where we’ve come to really like and respect those “boogiemen” of the show), and eventually even Teddy (James Marsden) couldn’t bring himself to keep protecting someone so despicable. In the second shocking death of the hour, Teddy decided to shoot himself in the dead rather than see the woman he fell in love with at first sight (literally) behave so appallingly. A similar rationale for Juliet killing herself, once she knew how awful her husband is.

Of course, we saw Teddy’s body floating on the reservoir earlier in the season, and he was later brought back to the Mesa on a pile of deactivated hosts, so there’s presumably more to come from him. 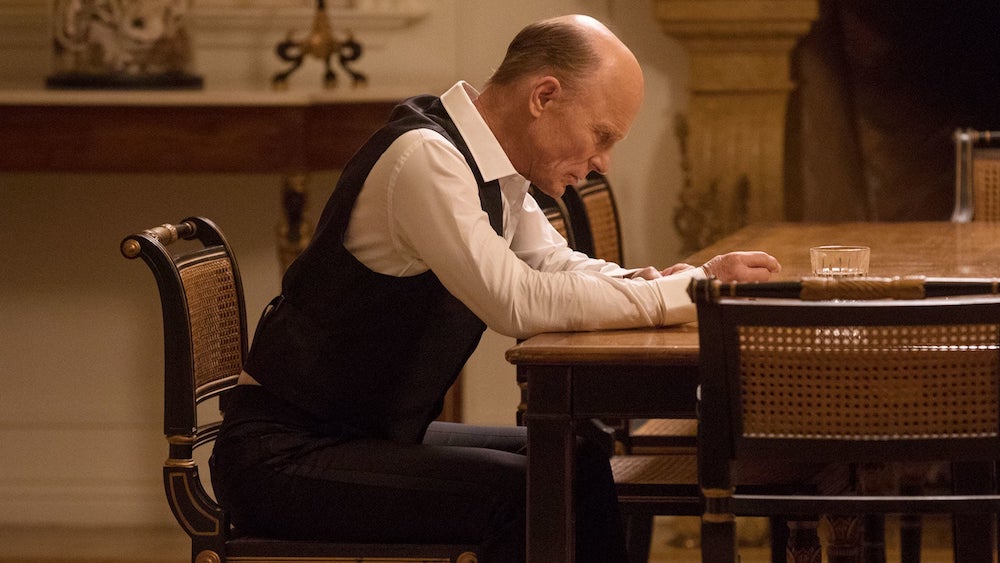 As penultimate episodes go, “Vanishing Point” didn’t make me particularly excited for next week’s finale. The insight into what makes William tick was appreciated, but it nothing unexpected. The father-daughter moments between William and Emily, then Ford and Maeve, added a nice bit of duality, and it’s interesting how the episode leaves us with Dolores and William now utterly alone. Those characters are the closest we have to a “hero” and “villain”, if things can be so binary on this show, and now they’re very much flying solo. And that’s probably a very bad thing, if they have nobody to answer to or feel responsible for.