I love Steve Coogan. I’ve loved his work for many years. I remember quite vividly the times we spent in university during my media degree studying Alan Partridge and laughing our heads off. Since then he’s made a huge success of himself between various UK television projects and Hollywood movies. He’s arguably never quite had a breakout American performance, however. It’s not as though we can expect audiences across the pond to love, or even understand, anything ‘Partridge’, so they’ve had to experience Coogan in things like Around the World in 80 Days and Philomena.

The latest big screen Coogan film is The Dinner, directed by Oren Moverman and based on a book by Dutch author Herman Koch. On paper this is a film that should have broad appeal, with a diverse lineup of big names including Richard Gere, Laura Linney, Rebecca Hall, and Chloë Sevigny. What could go wrong with such a range of talent? Truthfully, quite a lot. What starts as an intriguing premise turns into a meandering and clunky film, that fails to fully utilise its cast while lacking a coherent method of storytelling. The Dinner has a weak script and direction that becomes lost and confused.

Sometimes actors and actresses are only as good as their scripts. I place no blame on Gere or Coogan for their struggles to make The Dinner watchable, as both are capable of delivering captivating drama or humour, but here we find ourselves in a strange melodramatic middle ground. Stan Lohman (Gere) is a strong, confident character who’s career driven and struggling to keep control of his family life. It doesn’t help that his brother, Paul (Coogan), is his polar opposite and struggles to understand his angle on anything. One can imagine how awkward the titular dinner becomes between the siblings, but the problem is that their conversations aren’t focuses and never hit the burning subjects. 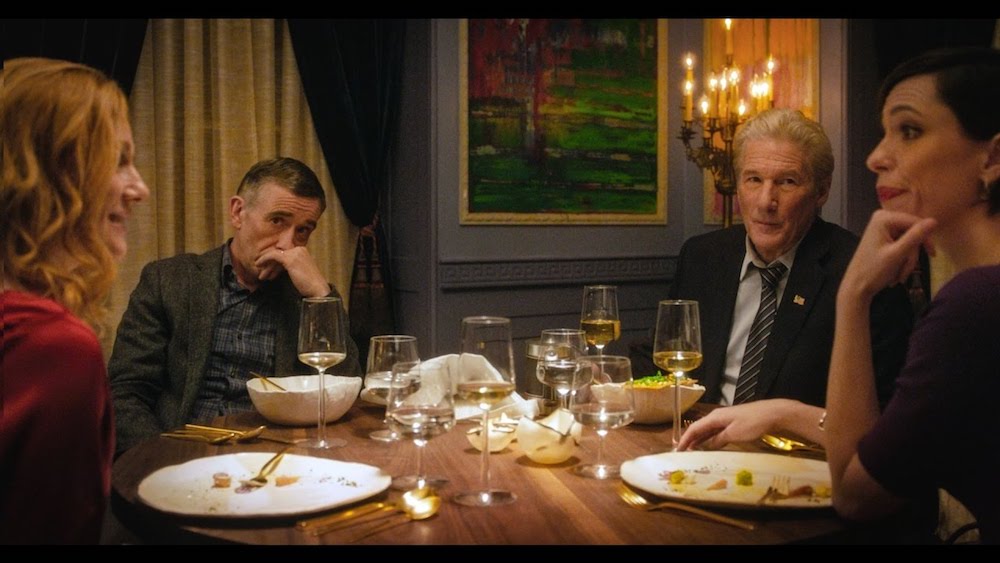 We see the wives, Claire (Linney) and Katelyn (Hall), struggle over supporting their husbands while also understanding how pig-headed and annoying they both can be. I spent a lot of the time watching The Dinner wondering why, exactly, any of these people are together, as there’s no love lost between them. It’s ultimately frustrating because, with a little more structure and focus, this could’ve been a tense and emotional storyline. Instead, we keep jumping back and forth, so it continuously breaks any momentum that’s built up. Coogan certainly gets nothing to work with here, and it’s yet another disappointing project to add to his resume.

Attempts at fleshing out these characters with flashbacks feel like a distraction from the issues at hand. The kids have done something terrible and the parents need to step up and do something about it, but they’re far more interested in their own problems and feuding than being decent parents, which I suppose is why we’ve ended up here. Do we need to know about Paul and his love of history? Is it relevant? There are many strange choices in direction that you’re left wondering what the point was because they’re so ineffective. Perhaps the mystery and confusion is what Moverman was aiming for, but it doesn’t make for an enjoyable watch.

Perhaps The Dinner works better if you have low expectations and aren’t aware of what these actors are capable of. It feels like a vague experimentation in storytelling but it’s a real swing and a miss. Are we meant to even like any of them? Do we support a particular view or is this a group of extremely selfish and unlikeable people? That’s something you never quite decide when you reach the end, and it’s an inherent problem with The Dinner. Films don’t need to be obvious with signposted developments, but it’s nice to have a clear picture of what the aim is.

The Dinner is like a jigsaw where random pieces are misshaped. It may appear fine on the surface but it’s badly put together and uneven.