‘Ghostbusters meets Black Hawk Down’ is an irresistible pitch, but one conjuring images and a level of cool that Spectral doesn’t live up to. Originally due a theatrical release earlier this summer, Universal probably realised it was of limited appeal and offloaded it onto Netflix, who now bring Spectral to its platform as one of their “original movies”. And Spectral feels more at home amidst all the other straight-to-video movies that constitute the bulk of Netflix’s catalogue.

Spectral concerns a Delta Force operating around the war-torn city of Maldova, who run into trouble when their men start being killed by an invisible force only detectable using high-tech military googles. The inventor of said eye-wear is DARPA researcher Dr. Mark Clyne (The Pacific’s James Badge Dale), who’s ordered by General Orland (Star Trek’s Bruce Greenwood) to accompany a squad of grunts into the city to determine if the enemy have developed advanced camouflage. It takes awhile for the movie to catch up to its own basic premise, annoyingly, but Clyne eventually realises the army are up against swarms of “apparitions” who are unharmed by conventional weapons, so must devise new ways to kill this unusual foe. 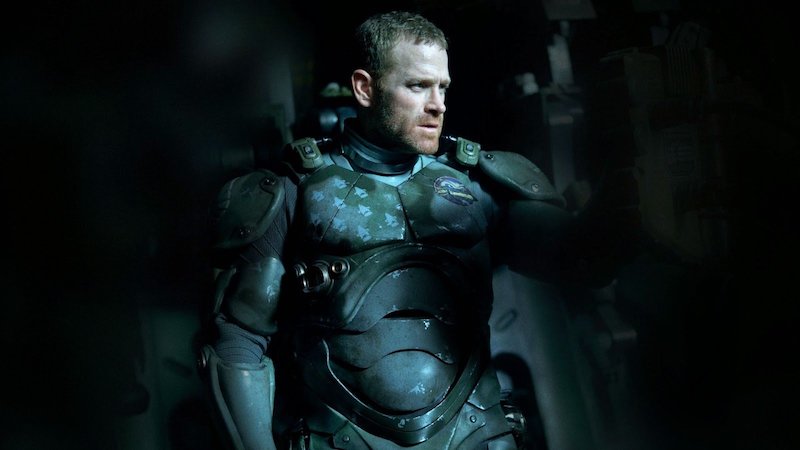 It sounds like a pretty entertaining idea for a popcorn movie, but Spectral suffers from a few basic problems. The concept is more interesting than anything the movie chooses to do with it, the characters are anaemically written, and everything about it reeks of a first-time director (commercials filmmaker Nic Mathieu) and hack screenwriters stitching together stuff that worked in previous movies. So, beyond the forgivable fact it feels like a cheap knock-off of every war movie of the past 20 years, it also borrows ideas and plot developments from sci-fi classics like Aliens. Indeed, there’s a sequence when Clyne’s sat inside an armoured personnel carrier (watching the Delta Team get picked off by their ghostly adversaries, before making a rapid getaway careening into various obstacles) that’s almost entirely taken from James Cameron’s seminal work. The emergence of a “Newt”-like child survivor, along with her brother, only compounds the feeling that Spectral doesn’t have much to offer audiences except tweaks to genre fare they’ve seen many times before. 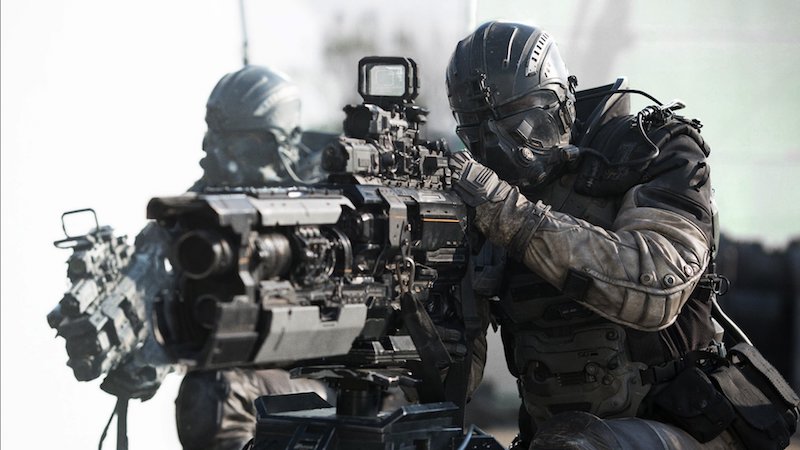 And it’s a shame, because Mathieu’s direction shows promise in a few areas, the story gets moderately more involving towards the end, and the production does a decent job on a limited budget filming in Budapest (using what money they have where it matters most). It’s really just the script that lets everything down so badly, because there’s nothing of interest going on between anyone emotionally. Good actors like Clayne Crawford (TV’s Lethal Weapon) and Emily Mortimer (The Newsroom) fade into the background as stereotypes who occasionally ask James Badge Dale questions.

The biggest problem with Spectral is that it’s the kind of movie you find yourself making offhand predictions about, because it feels so familiar, and most of them do indeed come true. And the ones that manage to swerve your expectations (like the very late explanation for what the “ghosts” really are), aren’t as interesting as the simpler idea of having enemy soldiers coming back from the dead to continue the war that killed them.

You want to be tricked and surprised by a movie that otherwise takes all of its cues and arcs from earlier works, but the script by Ian Fried (who’s sold many unproduced screenplays since 2010), presumably tinkered with by the also credited John Gatins (Real Steel) and George Nolfi (The Adjustment Burea), doesn’t do anything beyond take us on a very familiar journey.