Although The Sound Barrier manages to excitedly capture the thrill and majesty of flying a plane above the clouds at high speed, the film is even more successful as a fractious family drama spanning many years. Writer Terence Rattigan did have input from professional pilots, but it’s clear that his interest lies with the characters and their relationships with one another, and not with the mechanics of flying. The star of the show, however, is of course David Lean. A director whose stock is still not as high as it should be—something the release of this rarely mentioned film will probably not correct, but it certainly won’t hurt.

Of all the sixteen feature films Lean directed, The Sound Barrier is certainly the least appreciated, yet this Blu-Ray release reveals it to be as masterful, in its own way, as his best work. One of the charges commonly levelled against Lean is that he was no ‘auteur’, that his films were grand but impersonal. You may argue that this matters little; but even if you do feel that a director should have an overarching personal vision, the notion that Lean didn’t simply doesn’t stack up. Lean characters and their relationships with one another followed similar themes from film to film. First of all, his films often feature a character whose vision and ambition causes them to become dangerous obsessives. He also focuses on a breakdown of communication, an inability for characters to fully express what compels them to act the way they do. This even goes as far back as the inability of Laura Jesson (Celia Johnson) to express her discontent with married life to her virtuous husband, Alec (Trevor Howard) in Brief Encounter (1945). 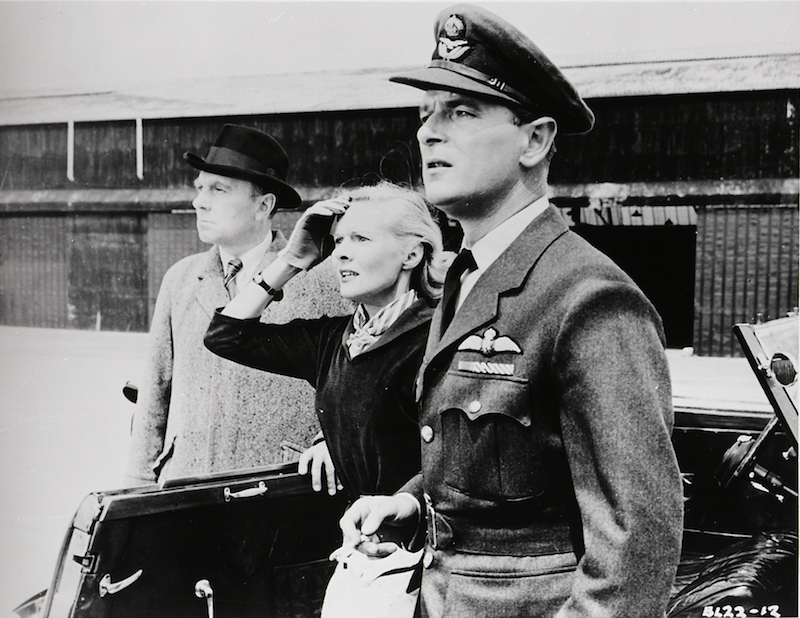 These two themes are at the forefront of The Sound Barrier, too. It tells the story of John Ridgefield (Ralph Richardson), the self-made Scot who owns the Ridgefield Aircraft factory after a career as an exceptionally talented pilot. When we meet him, he’s already a man obsessed with improving the aircrafts he manufactures and improving the fortunes of his son, Christopher (Denholm Ridgefield). The breaking of the sound barrier, as the title suggest, is on the horizon, and he wants to get there first. And he’s not the only one. He’s spurred on by his new son-in-law, Tony (Nigel Patrick), who has just married Ridgefield’s daughter Susan (Ann Todd, Lean’s wife at the time). Christopher is the first victim of Ridgefield’s demand for perfection. He doesn’t really want to be a pilot, but he does want to please his father. As he pilots alone for the first time, his father stands watching and criticising on the ground below, until he nosedives to his death that is.

He won’t be the last victim of Ridgefield’s vision, but is there any redemption for a character such as this? Lean seems to think so, and watching the character morph and pivot in relation to the people whose lives he’s destroying is easily the most fascinating thing about this film. Lean was always sure that his characters were the most important thing about his films. The marriage of Rattigan’s writing and Lean’s attentive directing manages to deliver characters that never cease to be intriguing at any moment during the near-two hour run time of the film. The other thing we associate with Lean is the grandiose scale and scope of his later films, and in that regard, The Sound Barrier comes at an interesting point in the director’s filmography. 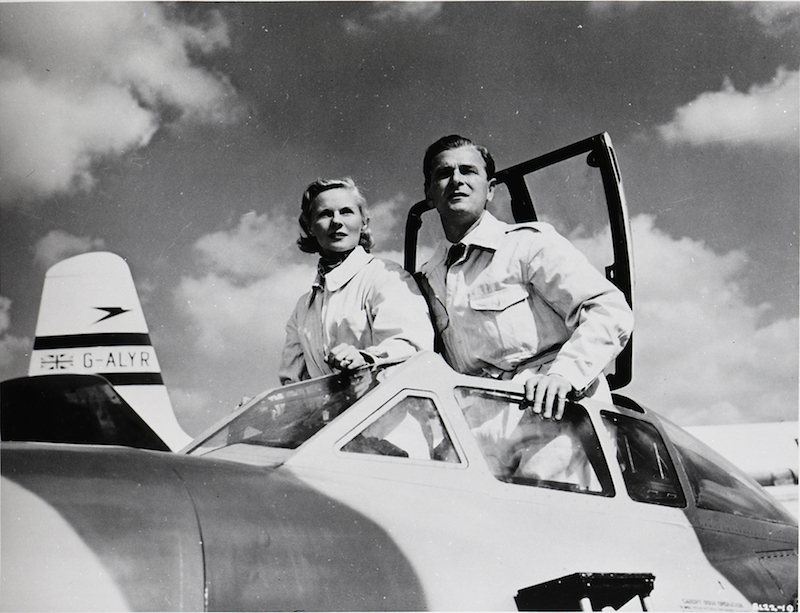 The Bridge On the River Kwai (1957) and Lawrence of Arabia (1962) were still to come in 1952, when The Sound Barrier was made. But you can clearly see the direction in which Lean was heading. The long take flight scenes of planes rising and falling above and below the clouds are astonishing at times. Sequences seem to get lost in the pleasure of their own making—plot is never ignored, but it’s clear the director revels in observing the planes in motion. It’s something he hadn’t really done before, but he certainly did after. The remaining seven feature films he was to make (interestingly, he made nine films between 1942 and 1952, but only seven between 1954 and 1984) all seem to originate from his newfound ability to capture large-scale, epic sequences of adventure.

Whatever the reasons for Lean’s still rather lukewarm reputation in critical circles, he certainly remains one of the very best of all the British filmmakers of the last century. And if The Sound Barrier is one of his weaker films in the eyes of many, it’s still a small masterpiece by any other director’s standards.