We’re hurtling towards the season finale now, but things remain surprisingly sedate in the world of Better Call Saul. I’ve heard grumblings from people that season 2’s been a disappointment, but I wouldn’t go that far. It’s just understandably tougher to turn the life of a crooked lawyer into gripping spectacle, and the writers are alleviating this issue with a plot for Mike (Jonathan Banks) that leans heavily on associations with Breaking Bad. And this show will never be Breaking Bad. I made my peace with that from the very beginning, and suggest others do the same. Better Call Saul’s more a quirky character study that goes to some surprising, strange, occasionally tense places.

This show loves to build people up and knock them back down, doesn’t it?

In “Fifi”, Kim (Rhea Seehorn) finally plucked up the courage to leave HHM, handing Howard (Patrick Fabian) her letter of resignation, and only surprised him with the fact she’s setting up a solo practice and not taking the easier path with a move to their rival Schweikart & Cokeley. Maybe he respects her decision there, but it’s difficult to tell with Howard. He only reacted once his business was threatened, after Kim successfully lured Mesa Verde to be her first big client—promising them her complete attention, which a larger firm can’t. (A familiar tactic for all legal upstarts, if you’re a fan of The Good Wife.) 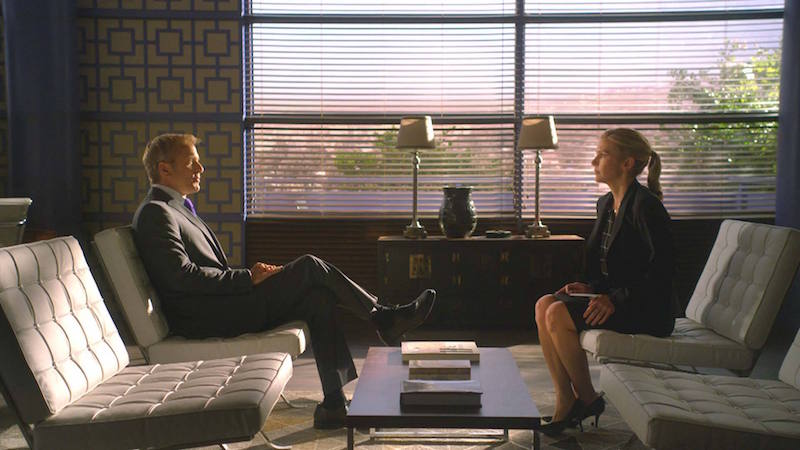 Unexpectedly, it was Chuck (Michael McKean) who rode to his firm’s rescue after being apprised of the Mesa Verde situation—bravely going to work in broad daylight, ignoring the electricity, to try and talk Mesa Verde back around by reminding them of just how difficult and complex their business’s requirements are. A task far beyond a single woman, no matter how brilliant and focused she may be. It was a rare insight into what Chuck brings to HHM—intelligence, experience, and great communication skills. I was beginning to suspect this might be the moment fate conspires to get Chuck over his neurosis, but the moment the client left the building he collapsed and spent the night in a foetal position on his sofa covered in foil.

Meanwhile, Kim’s brief moment of triumph and celebration ended in bitter frustration as she was outmanoeuvred and lost the client she was wholly responsible for landing at HHM. It remains to be seen if Kim’s going to pick herself up and carry on with her plan, or perhaps start to consider working in partnership with Jimmy (Bob Odenkirk) at the office they’ve leased together (a former dental practice). I still have a feeling we’re headed that way, despite what Kim says about having to be in full control and being too straight-laced to be party to Jimmy’s antics when it comes to lawyering, but we’ll see. If she does sign up to Wexler-McGill, it will likely blow apart very quickly.

At any rate, Jimmy isn’t one to sit back and watch his girlfriend’s dreams go up in smoke. The scenes where he got his own back on HHM, in a manner slightly unclear to me right now, were very well handled. It takes a good show to make an extended sequence of a man photocopying pieces of paper interesting, but Better Call Saul managed it here. So what has Jimmy done? He’s clearly falsified an address that’s likely of great importance in the Mesa Verde files stored at Chuck’s house, but to what end? HHM will presumably make a terrible error during their work for the client now, and there’ll be huge fallout from it. Question is: will this simply teach HHM a lesson, or potentially destroy them? Will Mesa Verde suffer, too, or simply have a solid reason to jump ship back to Kim? 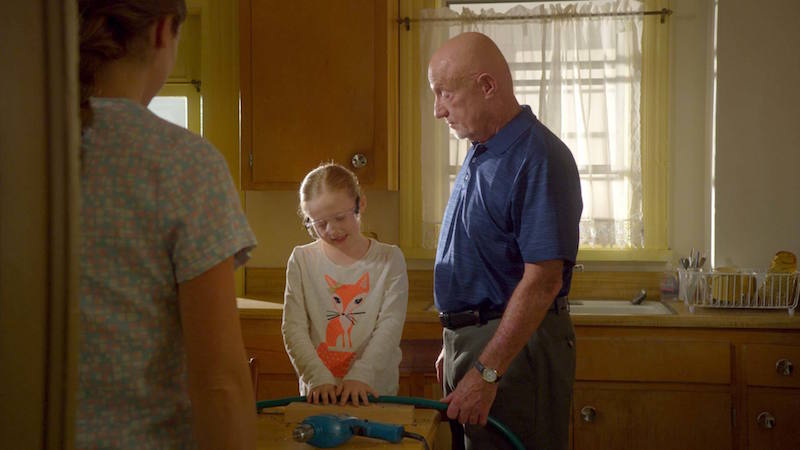 The significant subplot this week was Mike’s once again, as we learned a little more about what he has planned for Hector Salamanca (Mark Margolis). Truthfully, it was more clues than solid explanations. Throughout “Fifi” we saw Mike surveil the Salamanca’s business, witnessing their Mexican driver deliver “goods” (a drug shipment), and where they do business after dark. He’s later seen drilling holes in a hosepipe with his granddaughter, telling his daughter-in-law it’s essentially a makeshift sprinkler, but at home we see Mike’s studding the hole with spikes. The plan is to sabotage the Salamanca’s shipments, it seems, but I’m not sure exactly how, or how devastating that would be. If Mike’s just going to blow the tyres on a truck coming in from Mexico, that’s not going to be a huge concern for the Salamanca’s. Or is this merely the beginning of a larger campaign to teach Hector a lesson?

“Fifi” was another good hour of television (opening with a beautifully done long take at the US-Mexico border patrol), but I must confess I’m having concerns about some of the direction this year. Jimmy and Kim’s storylines can be very entertaining and sweet, but there’s not a huge amount of drama in them leaving the safety net of bigger firms. It feels like season 1 had more up its sleeve with the Jimmy/Chuck acrimony, and I was very excited to see where the Sandpiper case would go. There hasn’t been anything quite as good this season, although Kim’s definitely benefitted from much stronger material. I just find it a shame that the eponymous character is often in the least interesting scenes of most episodes, as it’s only natural to find Mike’s story a lot more exciting and dramatic. And considering there are only two episodes left, it doesn’t even seem likely we’re going to arrive at a point where Mike and Jimmy are more closely affiliated, but I might be wrong. I just worry that, for some, Better Call Saul is taking too long to get to the meat of what this prequel felt designed to do—let us see Jimmy develop his Saul Goodman identity, then work alongside Mike to make big bucks by doing bad things on the fringes of the law.