Lionsgate’s Vestron Video label is bringing lesser-known horror to a wider audience, but the quality of the titles is questionable. Depending on your opinion of what constitutes good horror, the Vestron Collector’s Series is either a dream come true or your worst nightmare. Their latest addition, Return of the Living Dead 3, carries a more recognisable brand name, and should appeal to fans of the original Return from 1985. The franchise started as a project from John A. Russo, one of the writers on George A. Romero’s classic Night of the Living Dead (1968), who took his love of the undead down a different path involving slapstick comedy. At least, that’s how it was for the first two entries…

One could argue that Return of the Living Dead 3 is a Living Dead movie in title alone. Gone is the humour and everything that turned the original into a beloved cult classic, and only vague attempts are made to tether it to the series’ overarching mythology. There are plenty of worse zombie movies out there, but if you’re expecting a continuation of what came before you’re in for a bitter disappointment. Living Dead 3 leans more towards romance, if you can believe it. 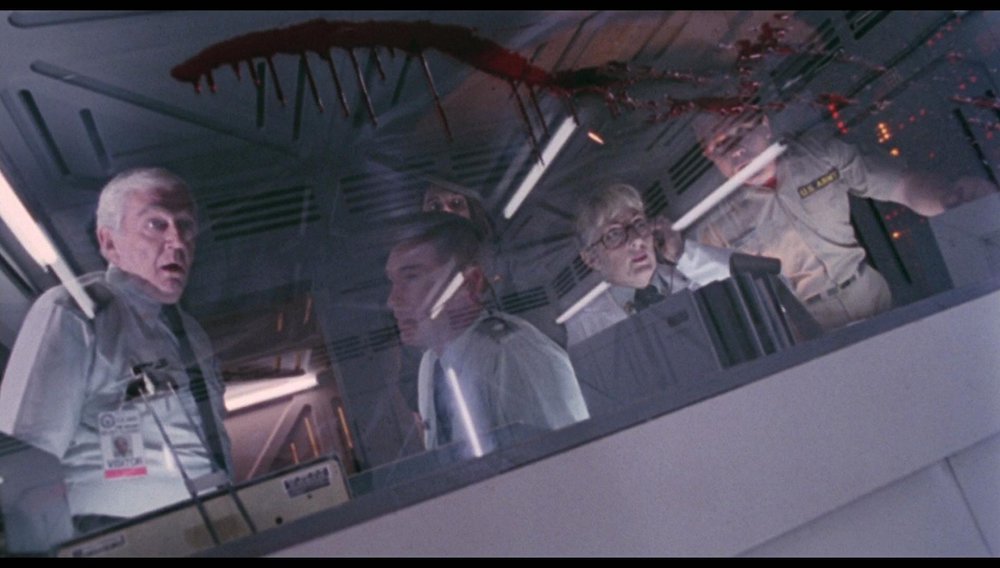 The most recognisable face belongs to Melinda Clarke, these days known for The OC, CSI, and The Vampire Diaries. She plays Julie Walker, girlfriend of Curt Reynolds (J. Trevor Edmond), a curious young man who wants to know more about what his mysterious father (Kent McCord) does for a living. Together, Julie and Curt stealing his government keycard and realise he’s been working on various zombie experiments for the military, who want to use the undead as weapons.

Much is made of attempts to control the zombies, which are driven by a hunger for brains. Colonel Reynolds, Lieutenant Colonel Sinclair (Superman II’s Sarah Douglas), and Colonel Peck (James T. Callahan), all supervise the secret experiments into creating zombie soldiers, until a catastrophic accident leads to the demise of his son’s girlfriend. Predictably, Curt has a brainwave, takes Julie back to the base, and resurrects his true love. It’s just so beautiful. At least until she, too, becomes hungry for brains… 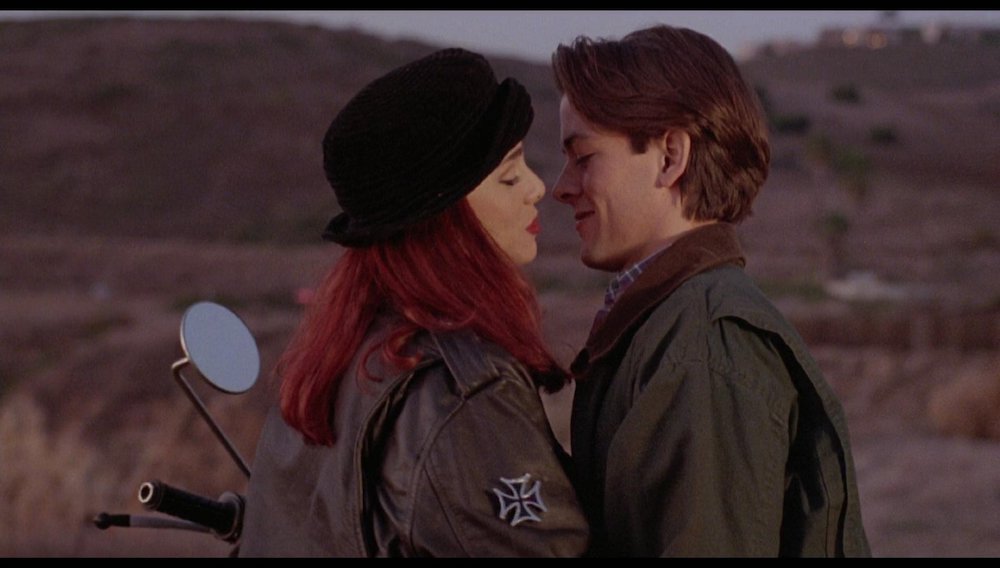 The rest of the movie is focused on an unfortunate feud that Curt and zombie Julie get involved in with a gang. This causes them to go into hiding, where Julie struggles with her unnatural urges. It’s an idea that’s been played out many times in horror fiction, but Clarke does an admirable job of keeping Julie engaging and sympathetic. It’s not too often zombie movies look to play a compassionate romance angle, but it’s not nearly as bad as it could’ve been. As she subjects herself to immense pain to stop the need to kill those around her, Julie almost becomes a strange anti-hero, exhibiting true devotion to her loving boyfriend. How many of you would stick various sharp things into yourself for another person? It’s sweet in a way.

Living Dead 3 isn’t the most intelligent horror you’ll ever see, but you have to admire director Brian Yuzna’s attempt to do something different. It’s a shame it doesn’t follow the tone of the previous two instalments, but it works on its own merits. The blood and gore effects are excellent, it has some good scares, and the sense of romantic tragedy works better than expected. This is one of the better Vestron titles for their UK launch, and with a decent package of special features this latest version of Return of the Living Dead 3 is undoubtedly a cut above. 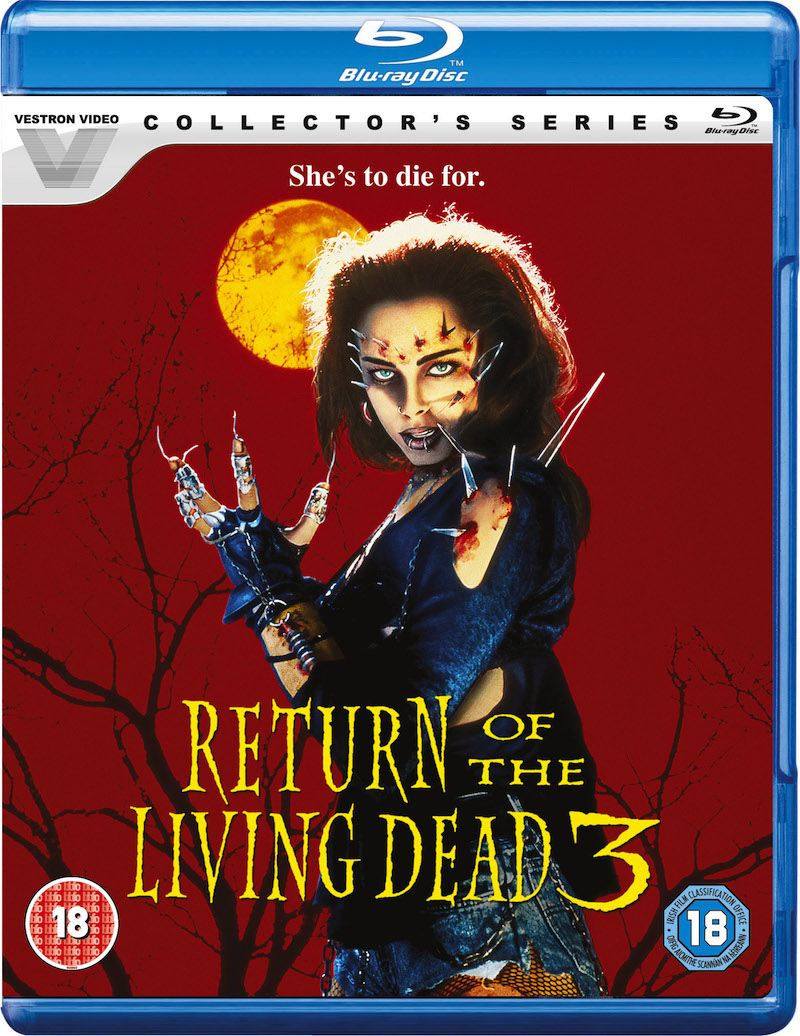