When Scott Henderson (Alan Curtis), a handsome but seemingly brainless engineer, spends the evening with a mysterious woman before returning home to find his wife’s been murdered, the scene is set for a classic wrong-man thriller. Scott will only have a short time to find the mystery woman he took to the theatre and, to make things more difficult, the only thing he can remember about his walking alibi was her extravagant and unique choice of headwear.

But this is where the story, adapting Cornell Woolrich’s 1942 novel, takes a sudden left-turn because Scott’s found guilty before he can find his “phantom lady” and a date is set for his execution. There’s no way he can find her from behind bars, and so his secretary Carol “Kansas” Richman (Ella Raines) decides she’s going to do the job herself. 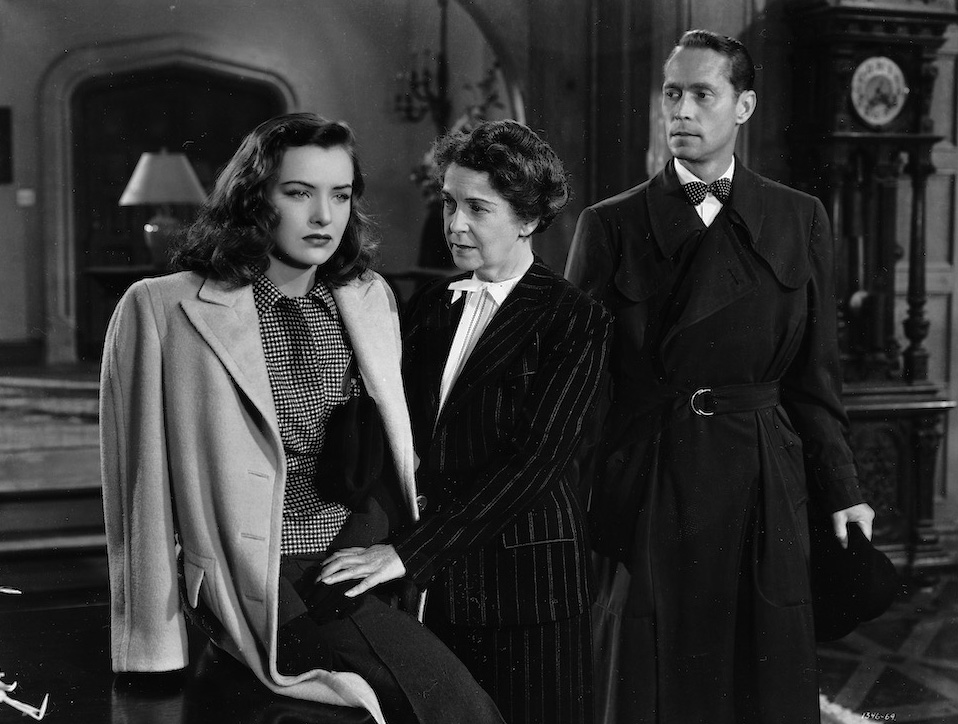 Charlotte Whitton said “whatever women do they must do twice as well as men to be thought half as good. Luckily, this is not difficult.” Carol proves this true. She’s an incredible character, with greater steel and nerves than any of the men in the film. As her first act, she slowly drives a bribed barman to homicidal desperation simply by sitting in his bar, ordering a drink, and then staring at him for his entire shift, night after night after night. She wears him down until he’s a panicking mess with nothing but her immutable gaze.

Carol owns the film from this point on, and this sets Phantom Lady apart from the majority of film noirs, where women aren’t normally to be trusted and men are the ones who solve the mystery. This gives the film a refreshing and un-hackneyed feel, even by today’s standards, despite how Carol is still ultimately doing everything for the love of a man.

Ella Raines plays Carol as a glass-ceilinged secretary in a Pepper-Potts-half-running-the-company kind of way, whose infatuation with her boss is rendered less cliche by her initially ruthless, even cold, efficiency. But she also plays her with an affecting vulnerability as the excursions into the underworld required to clear Scott’s name constantly bring her an inch too far into the deep end, and her carefully constructed armour threatens to slip. You’ll squirm in your seat as she impersonates a trashy bimbo and endures the gropes and kisses of another bribed witness who thinks he’s impressed her with his Whiplash-style drumming intensity. 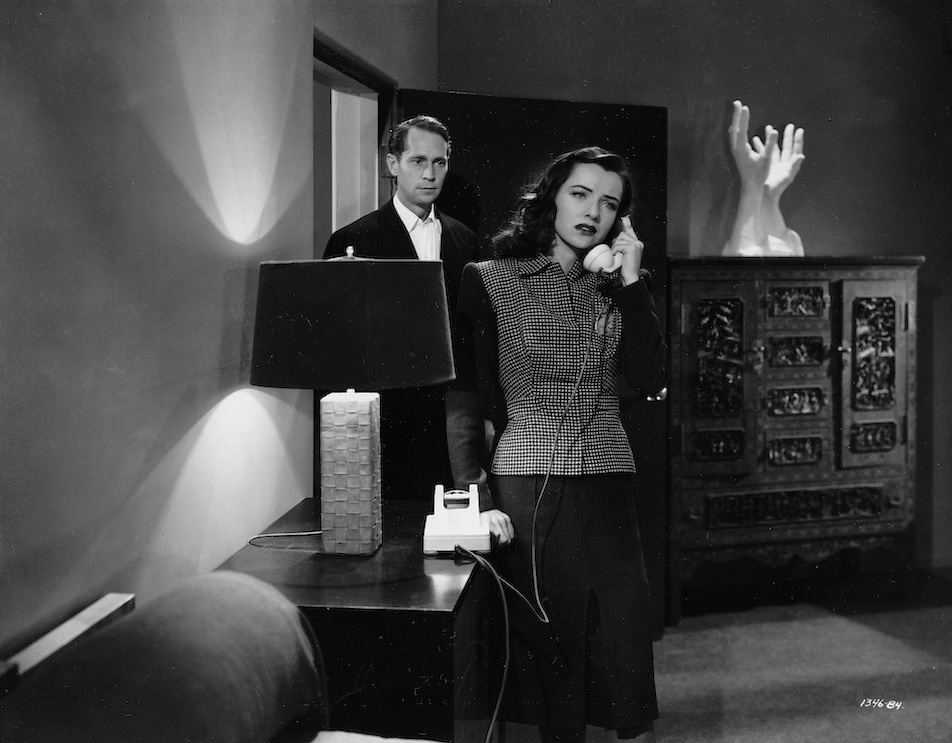 Phantom Lady was the first film produced by Joan Harrison, who before this wrote Alfred Hitchcock’s Jamaica Inn (1939), Rebecca (1940), Foreign Correspondent (1940), Suspicion (1941), and Saboteur (1942), and afterwards a producer on Alfred Hitchcock Presents (1955-1962) and The Alfred Hitchcock Hour (1962-63); and the influence of his films (or should I say her earlier films) is felt on Phantom Lady. It’s also not a surprise to find a strong female presence behind the camera in a film with such a strong female presence on camera.

The main cast is rounded out by Thomas Gomez as the wryly amusing but competent Police Inspector Burgess, who smells something fishy in Scott’s conviction. But where the film’s let down is by Franchot Tone’s performance as the killer. Tone’s first scene is grimly calm and dispassionate as he prepares for another murder (a Tarantino-esque monologue about the hands he uses both for sculpting and for strangling), but after that he develops a facial twitch, keeps staring at his strangler’s hands, and begins to lionise the killer by saying things like “he must be incredibly intelligent” and then being obviously insulted when people call the killer a “paranoiac”.

At only 87-minutes, Phantom Lady moves along at a brisk pace and features some great individual sequences that alone make it worth a watch. Woody Bredell’s black-and-white cinematography is beautiful and director Robert Siodmak only drops the ball in the final 10 minutes, which lack the urgency easily mined from a protagonist-finds-themselves-alone-with-killer finale. Phantom Lady isn’t an undiscovered classic but it deserves to be preserved, remembered, and discovered by new audiences purely for the sake of its strong female protagonist, whose presence in the story still feels innovative and fresh 75 years later. 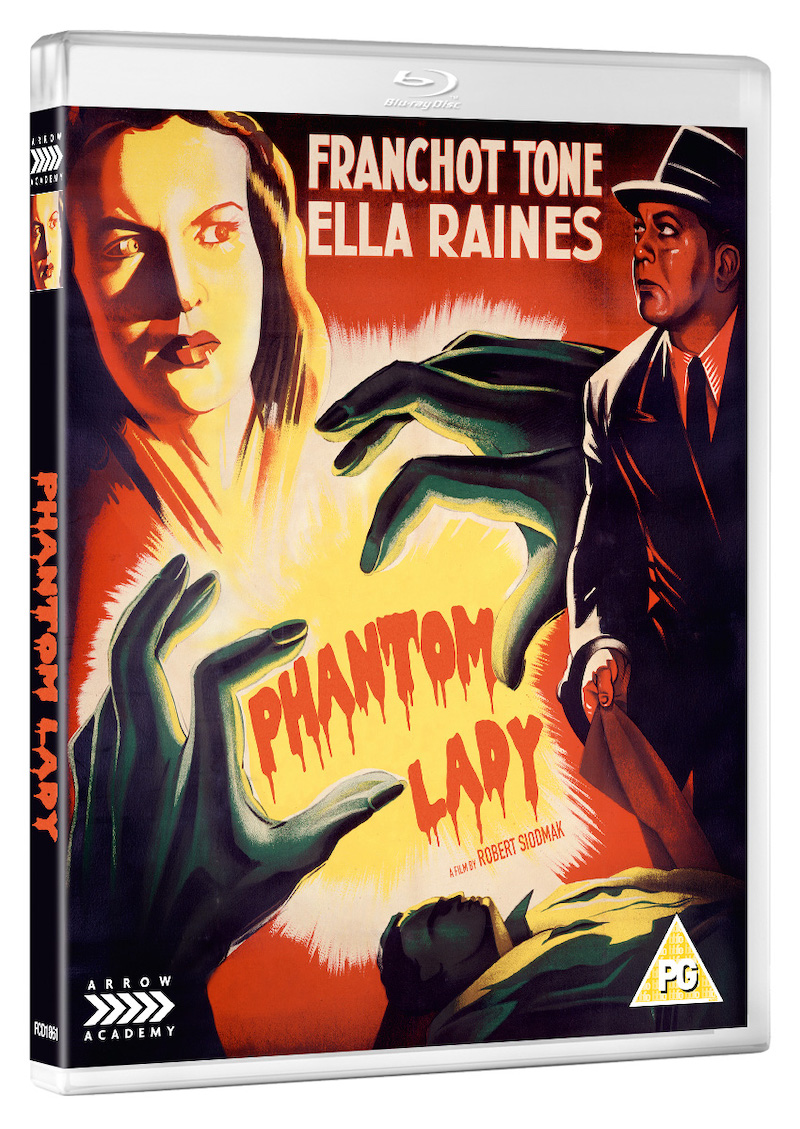