The sheer talent of Bette Davis! Her performance was always the selling point of Now, Voyager. Davis’s character, Charlotte Vale, starts the film as a mousy, fat (by Golden Age standards), wild-browed, frump, living her life at the beck and call of her cruel and dominating mother (Gladys Cooper). Much to her aristocratic New England mother’s disdain and inconvenience, Charlotte keeps breaking into prolonged periods of crying. There seems to be something wrong with the poor girl…

Fearing Charlotte’s on the verge of a nervous breakdown, her sister-in-law Lisa (Ilka Chase) brings to the house a renowned psychiatrist called Dr Jaquith (Claude Raines). Jaquith instantly realises Charlotte’s mother’s the cause of her neurosis and recommends she stay at his facility. And so, under Jaquith’s care, Charlotte embarks on a long road to recovery and, at the end of her stay (now thin, plucked, and stylish) she embarks on a cruise to South America. A cruise that’ll change her, and her life, forever… 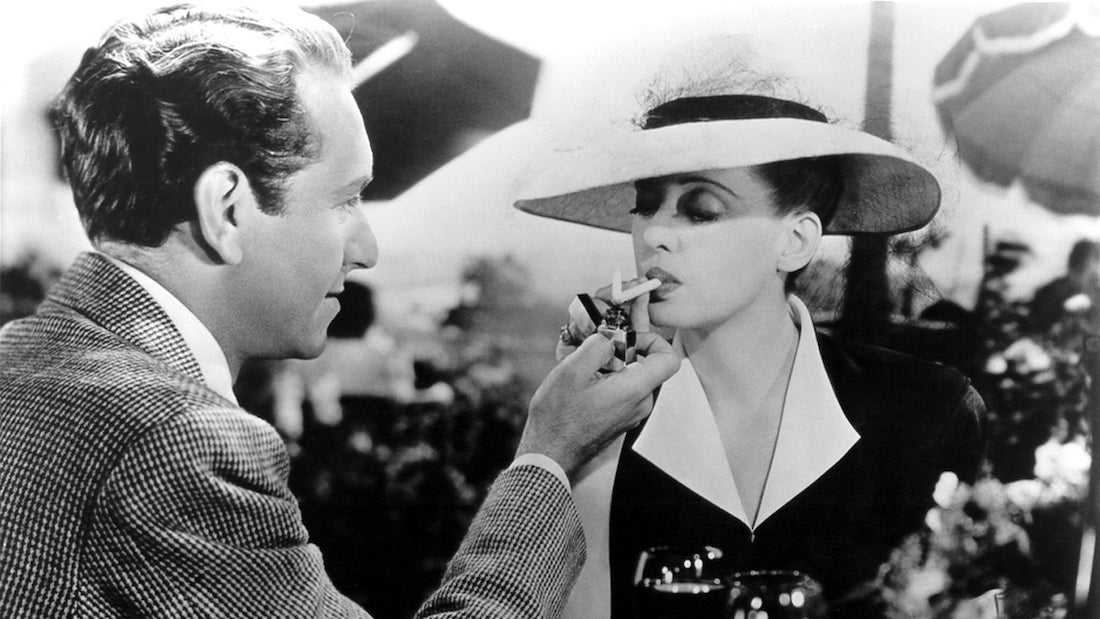 It’s no surprise to say that Bette Davis is excellent in Now, Voyager. She makes every stage of Charlotte’s transformation both emotionally believable and joyously fantastical. We feel every blow she’s dealt, by her mother and fate, and feel every swell of sympathy and joy she’s given by Jaquith and the man she meets on her cruise: Jerry (Paul Henreid). The latter’s a sympathetic, if simple, man, but Charlotte could do without anything complicated right now…

The real nail-biting tension and jaw-clenching drama come when the new Charlotte returns to the old house, to her old mother, and refuses to take up her old position. Gladys Cooper is squirm-inducingly dislikeable as the matriarchal dictator who’ll brook no dissent and use every available parental power (threatening to cut off allowance) and emotional manipulation (feigning illness) to keep her daughter in line.

Both Raines and Henreid bring natural charm to roles that aren’t as fleshed out or as complex as the main women; and that’s fair enough, as this is a Women’s Picture that passes the Bechdel Test with flying colours. (Both Henreid and Raines would be recompensed on their next project, a little film called Casablanca, which gave them their most iconic and enduring roles). 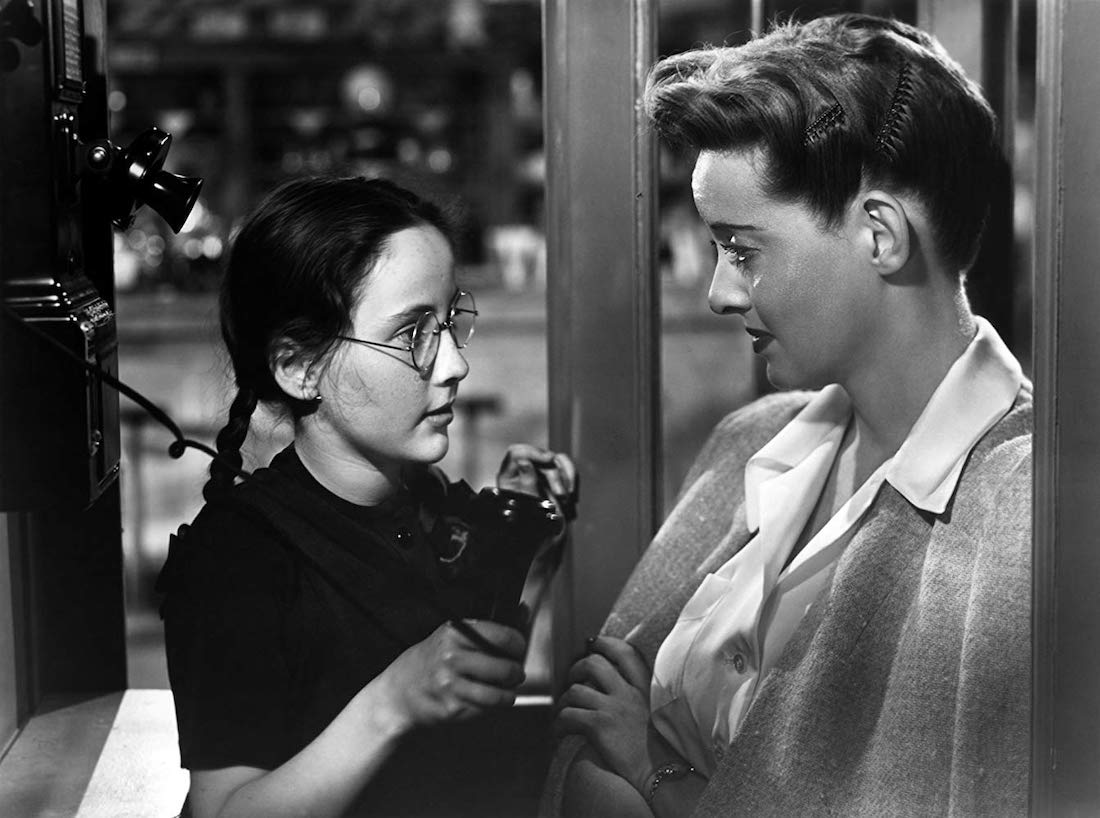 It’s no insult to say that Now, Voyager is a Women’s Picture, even if the term was coined to be derogative. It was 1942, and Warner Bros. (along with other big studios) noticed there were a lot of men who had a long way to travel if they wanted to see a movie on a Friday night, and a lot of women with the freedom to do what they pleased and see whatever they choose. Regretfully, in the 21st-century, it still feels strange to see a big-budget prestige production that focuses on mostly female experiences. The studios’ solution to the change in demographics was to buy up the rights to novels most women were reading, and then get their almost exclusively male crews to churn out weepies. So what happened to make Now, Voyager so good?

The answer has to be its surprisingly sensitive source material: Olive Higgins Prouty’s 1941 novel, based on her own struggles with mental health and restorative stay at a psychiatric retreat. It was adapted into a fantastic screenplay by Casey Robinson. In fact, Now, Voyager still shines as a beacon of progressive mental health representation. Charlotte isn’t mad or schizophrenic, or dangerous… she’s just beaten down. All she needs is kindness and sympathy. It’s not self-will or manning-up that saves her, it’s understanding: understanding from others, and understanding herself.

Irving Rapper’s direction is also excellent, working in tandem with Sol Polito’s sharp cinematography, Warren Law’s tight editing, Orry-Kerry’s glorious costumes, and Max Steiner’s Academy Award-winning score. One standout example of these filmmaking talents working together in harmony is when Charlotte’s first returned to the crumbling family pile. As she quarrels with her mother about her living arrangements, she disappears around a corner, to change for the evening’s dinner party. The conversation carries on, with just her mother left in the frame (seen from behind) and all attention is drawn to her two claw-like fingers on her left hand as they tap on the bed frame. Both their voices are calm and respectful, and yet her mother’s burning fury is visible in the steady tapping of those elderly digits. The genius of the film is in such little details, and in the physicalisation of repressed emotions—such as the simple, intimate, and still iconic act of lighting two cigarettes.

Now, Voyager is still a weepy at heart, however. Everyone involved works hard to make us care desperately for Charlotte and, as a result, it’s an emotional experience. A great story about someone dealt a bad lot, who gets a chance to make something more of her life. But that’s not the same as saying she can have it all. It has a beautifully sombre conclusion, too, summed up by the iconic final line: “Jerry, don’t let’s ask for the moon. We have the stars.” 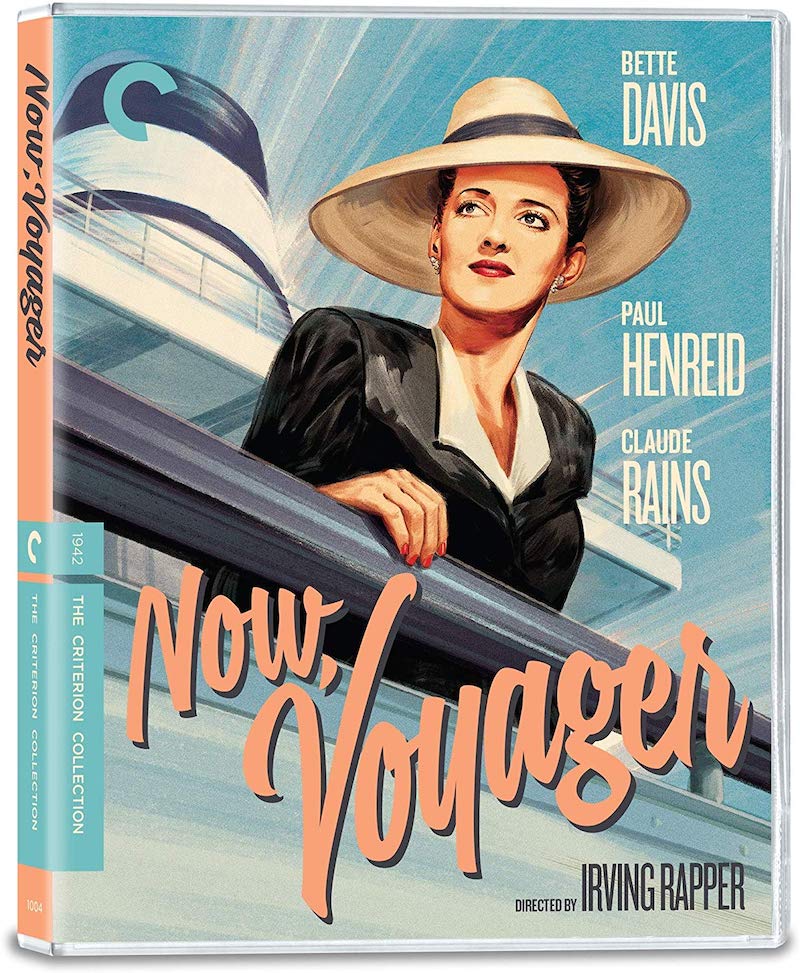