Like The Fault in our Stars before it, Me and Earl and the Dying Girl grounds the upsetting story of a teenager with cancer in something that feels close to reality, and then pairs its sad subject matter with a heaped spoonful of youthful humour. This is much more self-aware film than The Fault in our Stars, though, and it’s one that is a little less straightforward in the telling of its story. As it often reminds its audience, it’s not a romance or a narrative that’s following the typical journey that one might expect. It ends up being a film that’s difficult to categorise, and all the better for it.

Throughout, the story of Me and Earl and the Dying Girl is told through a self-deprecating voiceover from its main character, Greg (Thomas Mann). He’s someone who has managed to become invisible at his high school by not doing anything that would ever attract attention. However, when his mother (Connie Britton) learns that a childhood acquaintance of his has been diagnosed with cancer, she rather forcibly asks that he be there for her and keep her company.

In being made to spend time with the titular dying girl, Rachel (Olivia Cooke), the plot sees Greg become close friends with her and even introduce her to his friend Earl (RJ Cyler), who makes short movie parodies with Greg in their free time (“Eyes Wide Butt”, “My Dinner with Andre the Giant”, “A Sockwork Orange”… you get the idea). As Rachel’s battle with cancer drags on, Greg and Earl attempt to find their voice as filmmakers while trying to make a film for her. 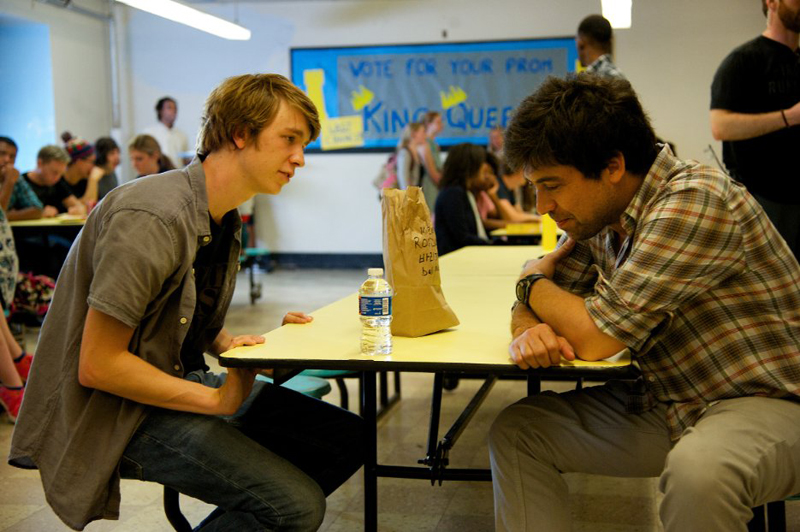 As you can probably tell from that description of their filmmaking endeavour, this does end up being more about them, and Greg specifically, than it does about Rachel. This narrowed perspective means it that it feels like every element of the narrative simply serves the development of the protagonist, who doesn’t ever seem to learn all that much. The titular sick girl and the black friend of our white main character really exist only to further his development, which is disappointing.

On some level, Me and Earl and the Dying Girl is about this, though. It’s about how difficult is to understand somebody else and to put yourself in their shoes, and how trying to do so might just make the whole thing about you rather than them. That’s rather bleak; but even if the film admits such attempts can feel pathetic, it also suggests that simply trying may be appreciated and worthwhile in some small way.

Alfonso Gomez-Rejon’s direction of this film makes it almost feel like something Wes Anderson might’ve made, as the pacing within individual scenes and the camerawork almost mimics his style. It maybe has a few more smooth pans and unusual angles than you’d expect to see from Anderson, but there’s something quite striking about how much of this looks similar to his work. It’s a simple directorial style that’s well-suited to this offbeat film, too, especially in its quieter moments. There’s a terrific scene in which Rachel and Greg have a disagreement where the camera barely moves at all during their argument, with her unmoving in the foreground and him more animated in the background. The camera then just shifts to the left ever so slightly to watch Greg exit her bedroom. It’s an elegant use of composition in a restricted space that keeps the focus on the characters and what they are saying. 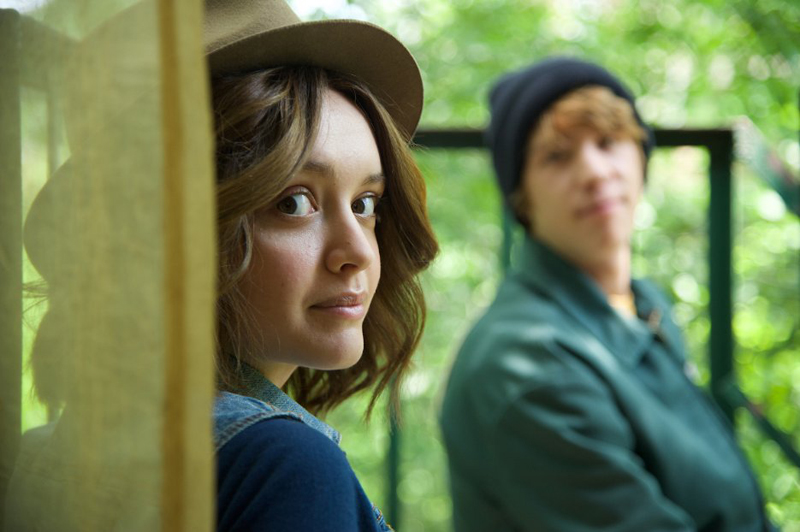 Almost all of the film’s most beautifully resonant moments are the smaller ones, though, and it’s always a little conversation or observation that keeps this film compelling and different. It’s so self-aware that it’s often irritating (and so eager to tell you how much it knows about film and notable filmmakers that you may end up tuning out entirely), so it never really lets you in enough to be the kind of tearjerker it wants to be.

The screenplay is written by Jesse Andrews; author of the 2012 novel which is the source material. It’s clear that his dialogue is excellent, and it helps that the cast is really strong too. The actors are all comfortable with the quick-witted and sharply poignant lines in Andrews’ script, and the arresting dialogue alone is a good enough reason to recommend this film. You may be surprised, but some of the best work comes from Jon Bernthal (The Walking Dead) as a teacher at Greg’s school who has some important things to say. It should go without saying that both Britton and Nick Offerman are perfectly cast as Greg’s parents, and all three of the main trio put in outstanding performances.

Me and Earl and the Dying Girl is a film with flaws, but it’s undoubtedly worth watching. It’s a film that aims to get in your head and leave you thinking about self-absorption, shared hardship, and the difficulty of empathy. It definitely succeeds in this aim. Where it falters is as a truly emotional experience, and one that’s able to consider the perspectives of anyone other than Greg… but that doesn’t stop it from being a charming watch that touches on ideas that are surprising, ambitious and moving.

writer: Jesse Andrews (based on his novel).

Written By
Simon Cocks
More from Simon Cocks
The first season of Iron Fist was plagued with issues: it had...
Read More