Eight teenage girls are trapped in a mansion after an earthquake in this surreal thriller, but Ladyworld is less about where the girls are and what happened… and more about their slow descent into power-crazy psychosis.

Ladyworld begins with a black screen accompanied by rumbling and then screams. It’s immediately clear the film’s intention is to disorientate and disturb audiences, so it’s a shame it does nothing more than irritate. Never has a so-called thriller been less thrilling and more forgettable

Set during a birthday party, eight girls find themselves trapped in a house that’s sunk into the ground. Details on what led the girls being trapped are thin and there’s little focus on how they plan to get out. Instead of being a claustrophobic thriller about what happened and how they can escape this weird situation, it’s more a distaff Lord of the Flies. 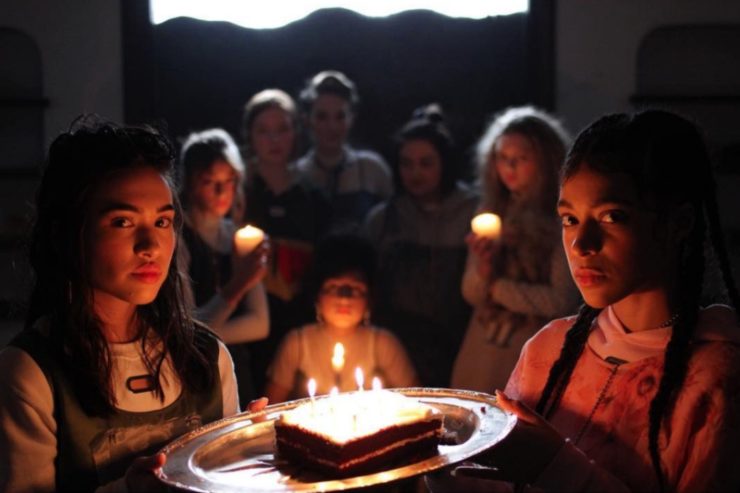 The girls, who originally appear to not know who and how many of them are in the house, choose a leader: Olivia (Ariela Barer), who reluctantly accepts the role, to the dismay of Piper (Annalise Basso). The girls are desperate as there’s only leftover birthday cake to eat and minimal phone battery, so tensions inevitably develop.

Everyone’s behaviour begins to devolve into strangeness, as the girle’s fragile minds are unable to cope with the stress of being trapped together. One of them appears to dissociate from reality, while others begin to wear garish Kabuki makeup. Another swears she’s seen a man walking around the house… 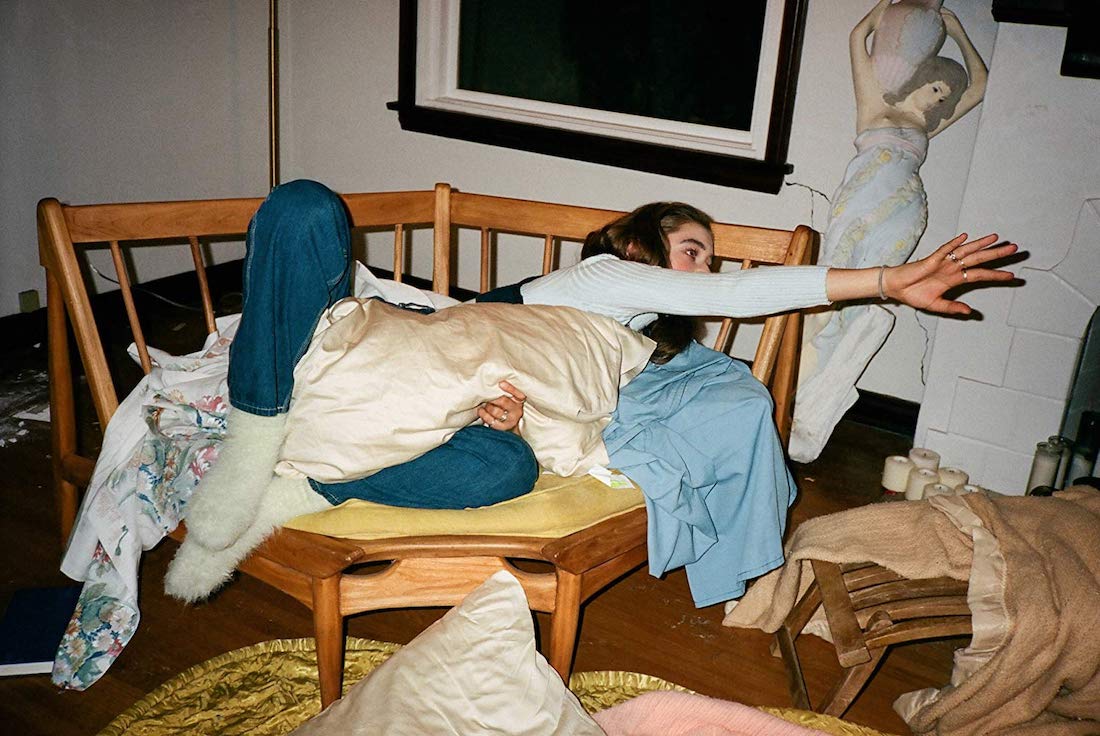 Ladyworld is an art-house take on William Golding’s 1954 novel Lord of the Flies, which focused on the brutality of boys struggling to govern themselves after being shipwrecked on a desert island. Its themes of corruption, the power fear can have over communities, and just how vicious kids can be are also present in Ladyworld. Girls can be mean enough without the added pressure of being trapped together in a mini-democracy, but Ladyworld’s teenage girl angle should have been more interesting and relevant than it is. Writer-director Amanda Kramer misses opportunities to examine the way girls act towards other girls, especially when they feel threatened. The brutality initially starts with teasing and taunting but it soon becomes something more physical and violent. There’s a lack of subtlety and elegance in this slow descent into madness.

Kramer doesn’t care about the logistics of her scenario, she’d rather set Ladyworld out like a surrealistic art piece. You’re going to have to leave your analytic brain behind. The walls are stark white and the furniture minimalist, looking more like an Ikea showroom or a set from a 1980s music video, and less like an actual mansion that would host a birthday party. On the plus side, there’s memorable cinematography from Patrick Meade Jones, particularly shots where all eight girls gather around the table in a ‘Last Supper’ tableau. 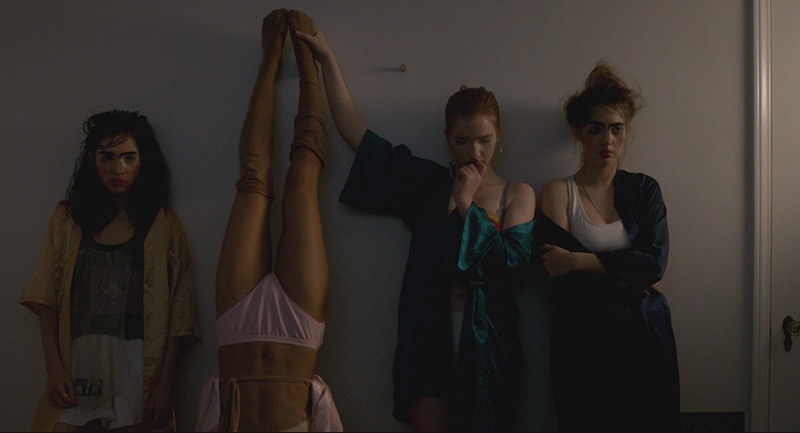 Another part of the fantasy is the lavish costuming. The girls are all kitted out in highly stylised fashions like they’re in a Vogue photoshoot, only adding to how outlandish Ladyworld wants to be. It’s rather intriguing that the two alphas of the pack wear more masculine clothing than the others, in their vintage doll-like looks. You’ll be so desperate for something tangible to hold on to in this film you’ll spend too much time analysing the dress choices, one of the few interesting elements this film has to offer.

The ambient sound design pulsates like a Yorgos Lanthimos movie on acid, but at times the soundtrack’s so shrill it becomes unbearable. The heavy strings and rumbles suddenly appear out of nowhere on a relatively subdued score, overshadowing dialogue and distracting from the performances. Maybe another sign this is less a movie and more an art piece? 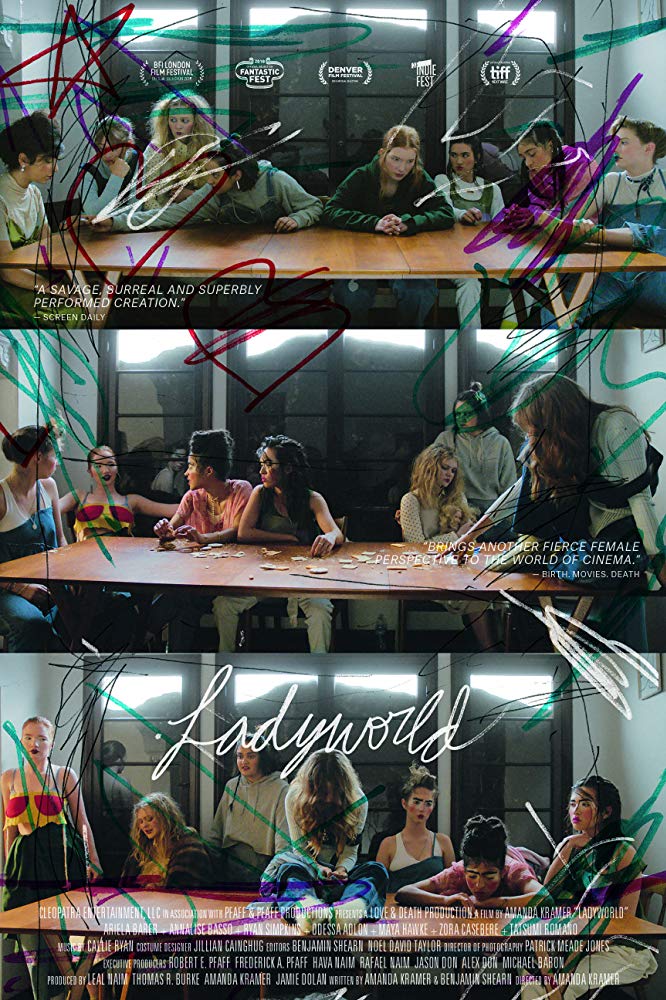 The young ensemble, which includes Ariela Barer (Runaways), Annalise Basso (Captain Fantastic), and Maya Hawke (Stranger Things), do their best with a flat screenplay. For such a character-led film, none of its characters has discernible personalities or voices. Nobody leaves an impression and you certainly won’t care what happens to them.

There are severe pacing issues, too. It’s hard to grasp how long the film’s events take place over, and I couldn’t help feeling that multiple points were lost in the edit. There’s no build-up to the girls going wild, no context as to why some girls flip quicker than others, and no backstory on how they ended up in this situation. It would’ve been beneficial to see a more gradual decline into chaos, to let the characters breathe audiences could become attached to them. Ladyworld would perhaps have been far more successful as a stage play.

The risk when making films in claustrophobic settings is that, unless your audience is hooked by the performances and the script under such focus, it can become excruciatingly dull. And, watching Ladyworld, you’ll surely feel as trapped and restless as the girls. 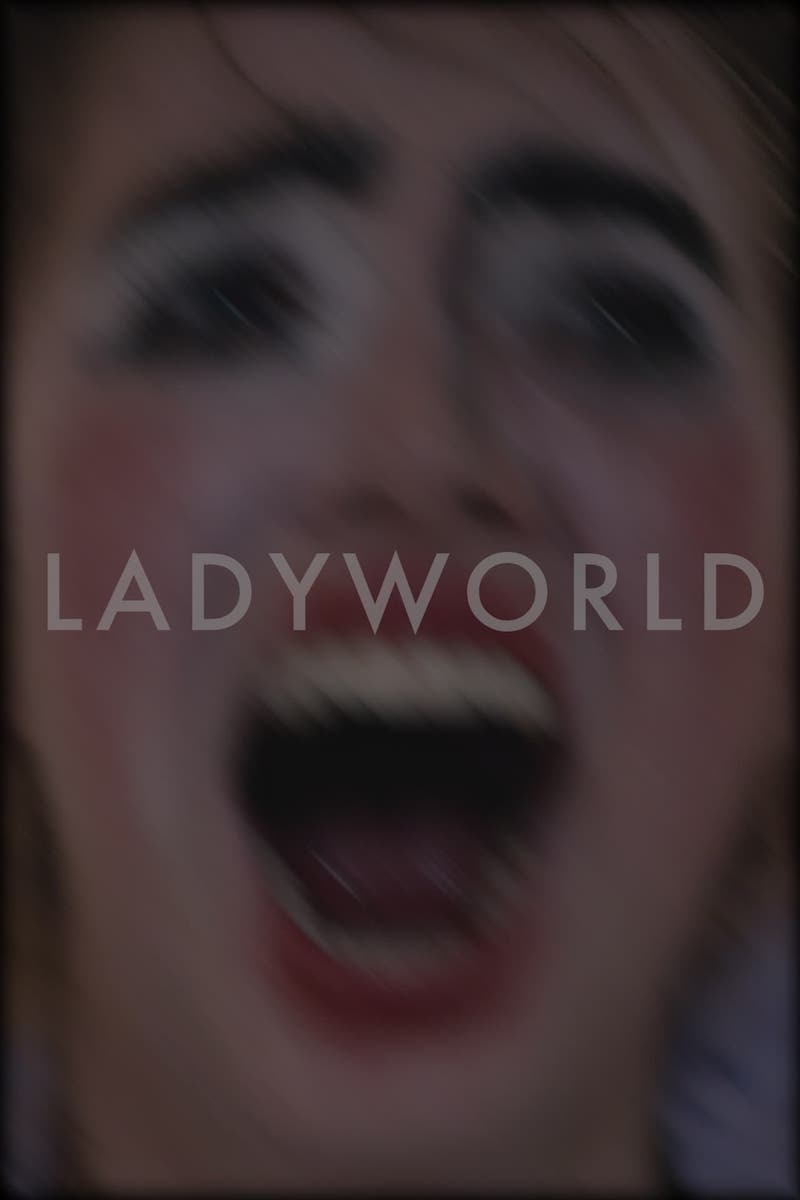