Here we have a film that’s revered in some circles, often ignored in others. Several important filmmakers cite Kill, Baby… Kill! not just as a favourite film, but as a key influence. David Lynch, for example, drew upon it for the initial concept behind Twin Peaks, proudly wearing this influence on his sleeve by filming a direct visual quote in the finale of season 2. It’s also held in high regard by Quentin Tarantino, Martin Scorsese, Francis Ford Coppola, Luchino Visconti, Federico Fellini… pretty much any director with an Italianate name! Guillermo del Toro has spoken openly of his admiration for the film, and his Gothic masterpiece Crimson Peak (2015) shares intentional thematic and visual resonances.

Let’s get past the terrible title straight away. Kill, Baby… Kill! I mean, what kind of film are you expecting? Perhaps a Russ Meyer movie with busty go-go girls on a murder spree? Or some gritty black-and-white Brit drama about a teenage serial killer? 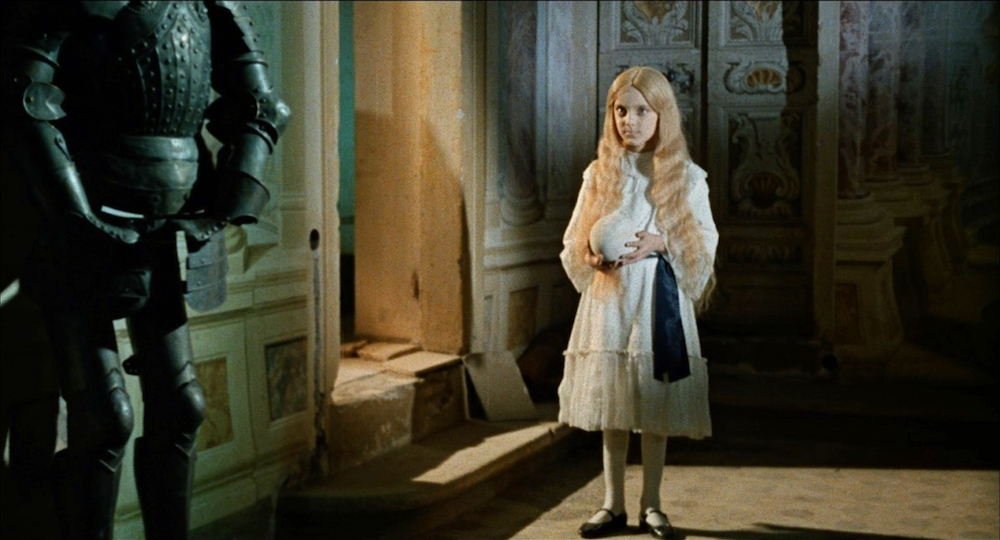 The film was also released, in slightly different versions, by a plethora of other, equally barmy titles. How about The Dead Eyes of Dr Dracula? Sure, the arrival of Doctor Eswai (Giacomo Rossi Stuart) is reminiscent of Jonathan Harker arriving at Castle Dracula, including a reluctant coachman warning that the town is cursed and strangers beware… and eyes do feature as a motif, but the relevance ends there. Don’t Walk in the Park? That’s just random advice, as there’s no park in the film.

The original Italian title was Operazione Paura, Operation Fear. Apparently, this was chosen to cash-in on Erika Blanc’s newfound fame after starring in Operation Atlantis, one of a set of spy films she made in parallel. The UK title, Curse of the Dead, was the most apropriate, but it seems we’re stuck with the American one… 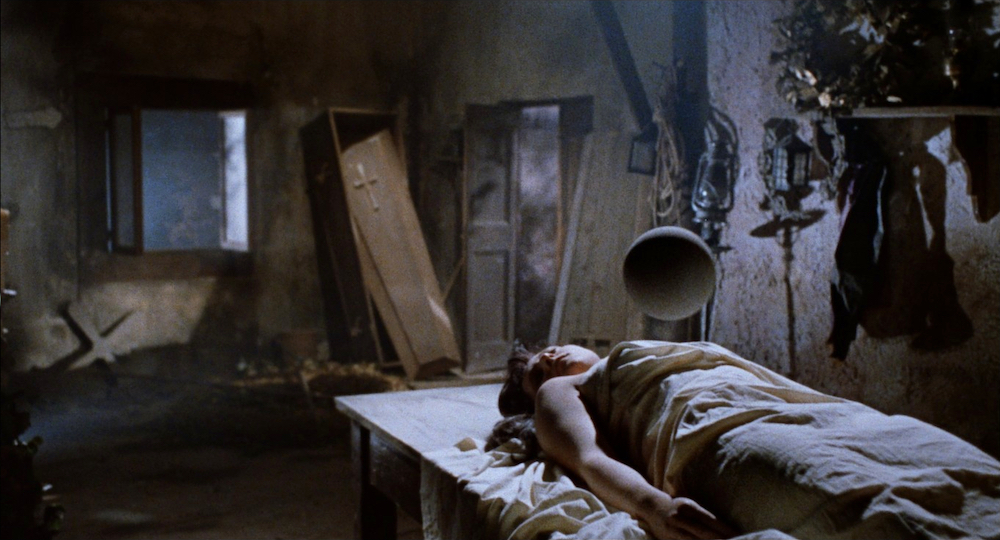 Kill, Baby… Kill! is a suspenseful ghost story, but one that sits just as comfortably alongside the Gothic mysteries of Sherlock Holmes and the psychological thrillers of Alfred Hitchcock as it does with Roger Corman’s adaptations of Edgar Allan Poe or classic Hammer Films.

The film opens with a woman in distress, and late Victorian dress, fleeing a decrepit mansion before climbing up crumbling steps and flinging herself onto the iron spikes of a gate. The title appears over the bloody freeze-frame of her impaled body, accompanied by the sound of a child’s laughter and a tinkly music box. This kind of attention-grabbing and unsettling opener swiftly became a de rigour approach for Italian Horror cinema in the 1960s and 1970s. 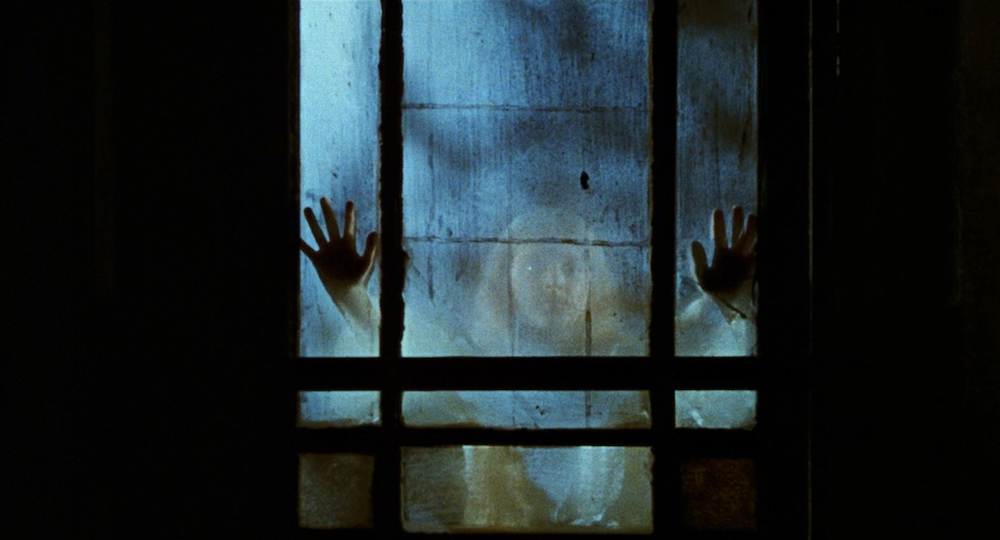 Upon his arrival, in a cursed and dilapidated village, Doctor Eswai is greeted at the inn by stony silence and palpable terror emanating from the locals. The clearly perturbed Burgomeister (Max Lawrence), takes him to meet Inspector Kruger (‘Spaghetti Western’ veteran Piero Lulli) who’s been prompted by the young woman’s death to summon a coroner. She was the last of the servants at the sinister Villa Graps, and the latest in a series of suspicious ‘suicides’. The Inspector hopes that an autopsy can be conducted before the superstitious townsfolk rush her burial. So far, so Hammer…

Those of you already familiar with the work of Bava don’t really need this review to point out that Kill, Baby… Kill! is a sophisticated Gothic horror with intelligence and beauty that can be enjoyed on multiple levels. As a straightforward story, it has an intellectual puzzle for you to work out, a sort of whodunnit at its core with clues to follow. It counters this with a few ‘leave the lights on’ creepy moments. There are lashings of atmosphere and plenty of subtext that’ll keep rewarding you with subsequent viewings. 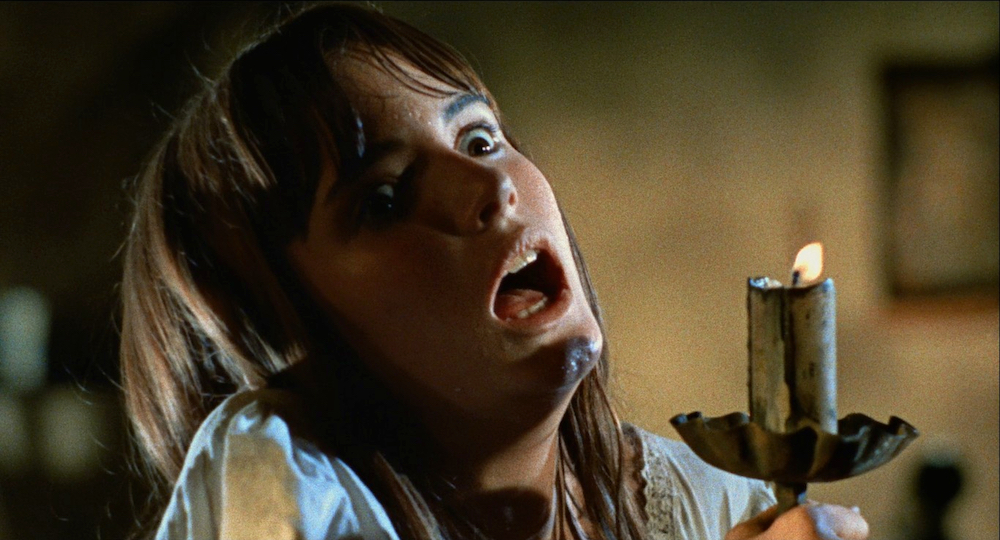 The story was written by Romano Migliorini and Roberto Natale, a partnership also responsible for Terror Creatures from the Grave starring Barbara Steele, another film made in 1965, and with some striking narrative similarities. As Bava developed the story for the screen, he saturated it with his fascination for psychoanalysis and fairy tales.

He also included several deliberate references as pointers to this interpretation of the film: when Nadienne (Micaela Esdra), the young daughter of the inn-keepers, falls victim to the curse and is laying in delirious sleep, a spinning wheel is positioned close to her bed. The corridors of Villa Graps are lined with sconces in the form of life-size human arms holding candles and the haunted painting of Melissa Graps clearly mimics the style of Jean Cocteau’s poster for La Belle et La Bette (1946). The subtle mechanical effects employed by Bava to create the ghostly atmosphere also owe a debt to the Cocteau film. 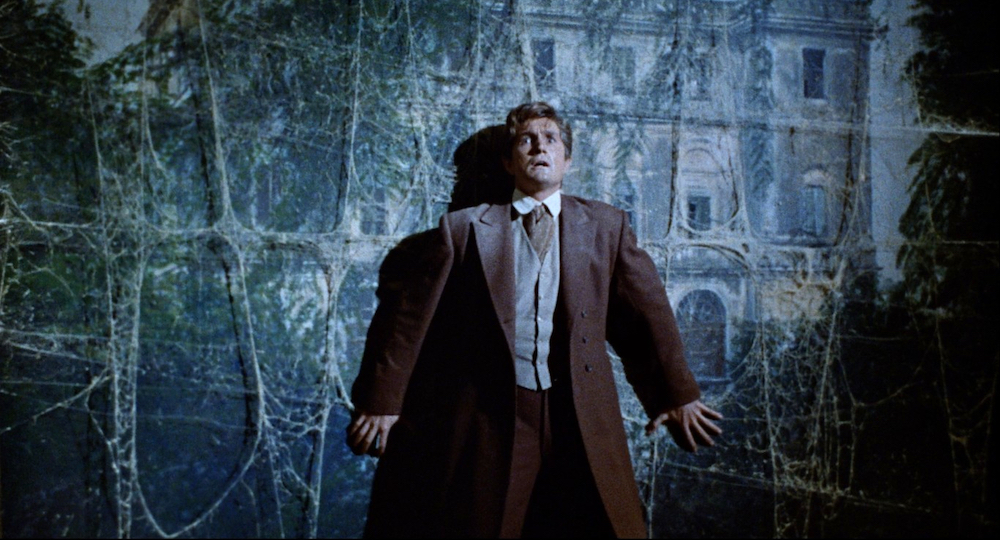 The camera seems to be continually in motion; tracking, panning full circle, craning us from floor to ceiling. If not working in perfect tandem with the set, then it is acting as a proxy, sometimes for a supernatural presence or embodiment of a character’s dianoia, sometimes to bring the viewer into the scene. Many of the innovative manoeuvres, were achieved with make-shift equipment such as pivoted planks and seesaws. Bava’s visual inventiveness with camera angle and motion became part of the visual grammar of Italian Horror and gialli, setting a challenge to be taken up by other directors working in the genres.

The film was re-dubbed for both Italian and English versions because dialogue for some scenes was re-written after they were shot. Granted it’s difficult to gauge acting prowess through dubbed dialogue but in this case, the performances shine through regardless. 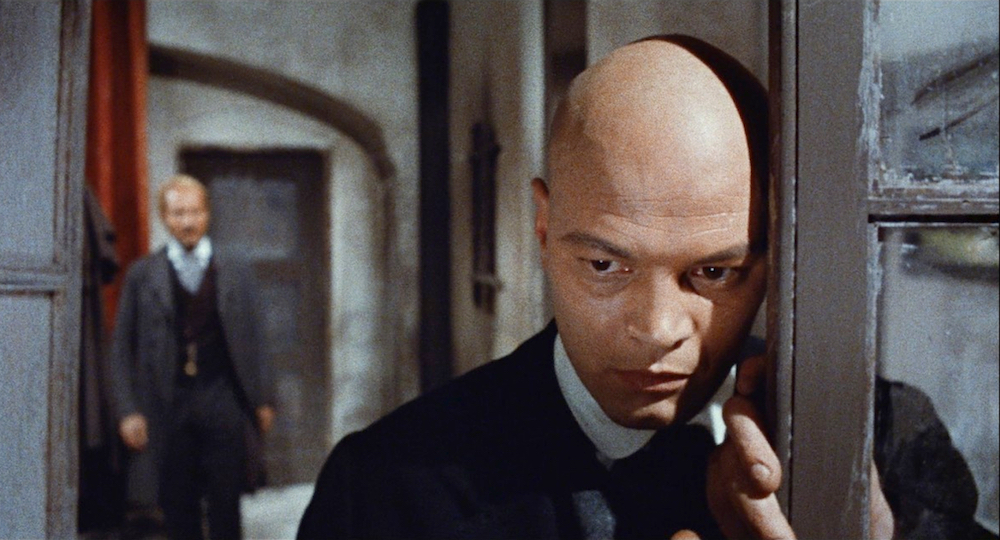 Fabienne Dali is understated as the witch, Ruth, her conflicting determination and resignation all so cleverly conveyed in posture, gesture and the gently restrained cadence of her speech. She projects both supernatural power and very worldly vulnerability.

Luciano Catenacci (acting under the pseudonym of Max Lawrence), plays the role of Karl, the Burgomeister, with such emotional honesty that he draws similarly subtle performances from those around him. It may be surprising to learn that this was his first part and he had no prior acting experience. Catenacci was a production manager and was reportedly reluctant to step in front of the cameras. He changed his mind when Bava convinced him to shave his head and assured him that he just had to look good, the dialogue would be over-dubbed later. When it came to it, he relished the experience and later went on to appear in something like seventy more films! 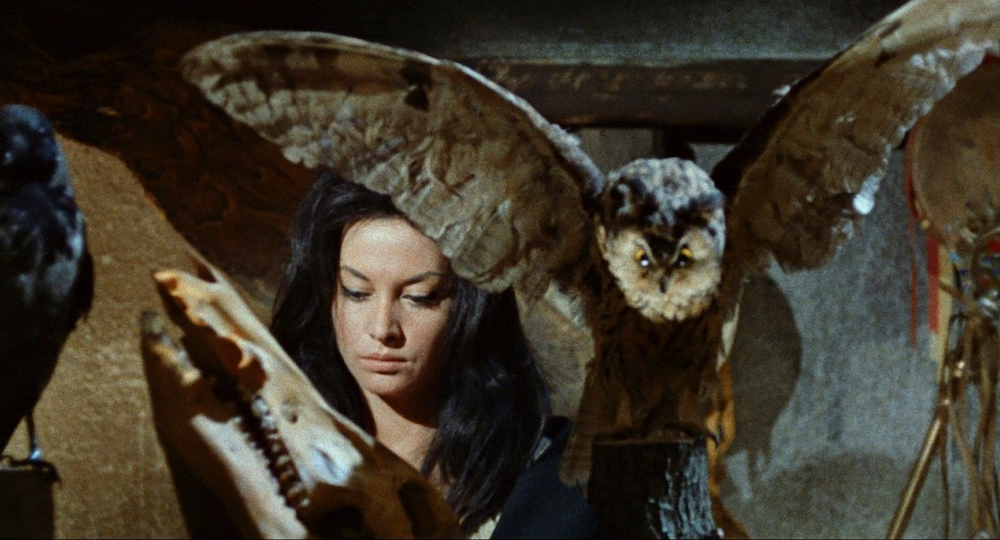 I found Ruth and Karl the most interesting characters, and the story belongs more to them than to the apparent leads of Doctor Eswai and Monica Schuftan. It’s clear that Giacomo Rossi Stuart was more used to taking the lead role in Bond-style spy thrillers and playing hunks in space operas or Viking sagas. (He also stars in Bava’s Knives of the Avenger, which was shot concurrently with Kill, Baby… Kill!) He plays Eswai as a somewhat traditional leading man, albeit a flawed one. To begin with, his character is confident and controlling, though his rational, scientific outlook is inexorably eroded. I particularly enjoyed the scene where he ‘loses it’ and takes out his mounting frustration upon a wreath of garlic.

Erika Blanc plays Monica as a recognisable Hammer-style Gothic heroine, wearing diaphanous nightgowns and being passively drawn into the plot by the actions of others. She soon develops her own, albeit mysterious, motivations and becomes much more than a foil for masculine actions. She may be vulnerable, though she is also an educated young woman who provides the central catalyst that drives the story to its ultimate reveal. The career of Erika Blanc reads like a catalogue of Italian cult cinema. She starred in several spaghetti westerns, spy-thrillers, some soft sexploitation movies, quite a few key gialli, and a spattering of soaps and family dramas. 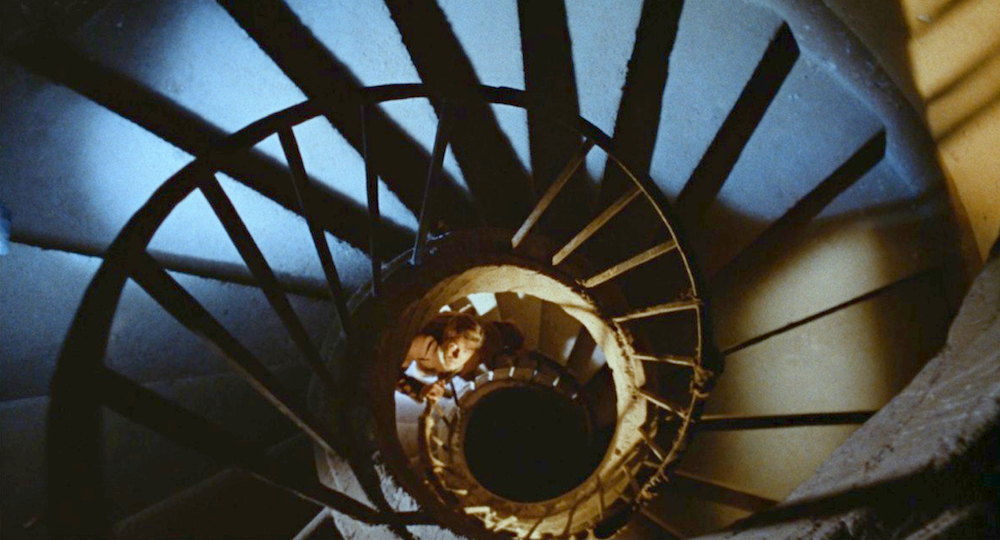 The ghost girl herself, Melissa, was another last-minute casting. The auditions had not gone well and all the girls had been too sweet or simply not right for the part. It was the icy stare from Valerio Valeri, one of the porter’s young sons that caught Bava’s attention, and casting a boy in the part could only help to evoke the disconcerting effect he wanted. The memorable image of the blonde girl holding her ball and dressed in communion white was later recycled by Federico Fellini in the tale of Toby Dammit, his segment for the Poe portmanteau, Spirits of the Dead (1968).

It was not just last-minute casting that threatened to trip up the production. Having commissioned the film, the small production company F.U.L Film immediately began to buckle under financial pressures and were unable to come up with the expected budget… 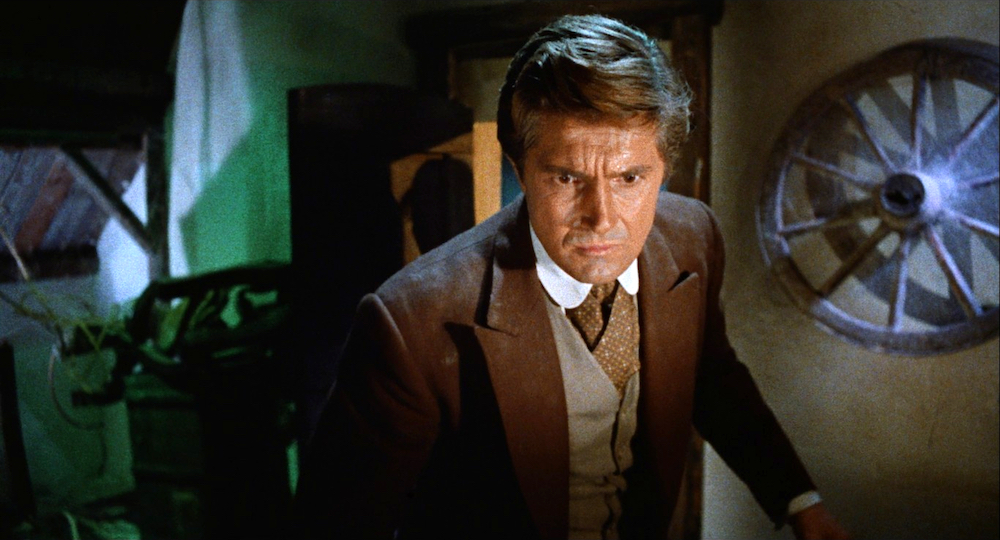 Bava had to rush the production and began shooting with an unfinished script. Although the scenes were all outlined, some even storyboarded, the actors had to improvise much of their own dialogue. Reduced access to the soundstage meant that filming on set was to be limited, forcing the team to make full, and might I say brilliantly effective, use of their locations. Though, having said that, the sets are all gorgeous, too.

The shooting schedule was compressed to 12 days and the cast and crew had to agree, already part-way into filming, to work for half their promised wages. It is a tribute to the sense of family Bava had managed to engender that all agreed to complete the project. Perhaps Bava choosing to forego his own directorial fee, entirely, set an example. The total budget was less than $50,000. 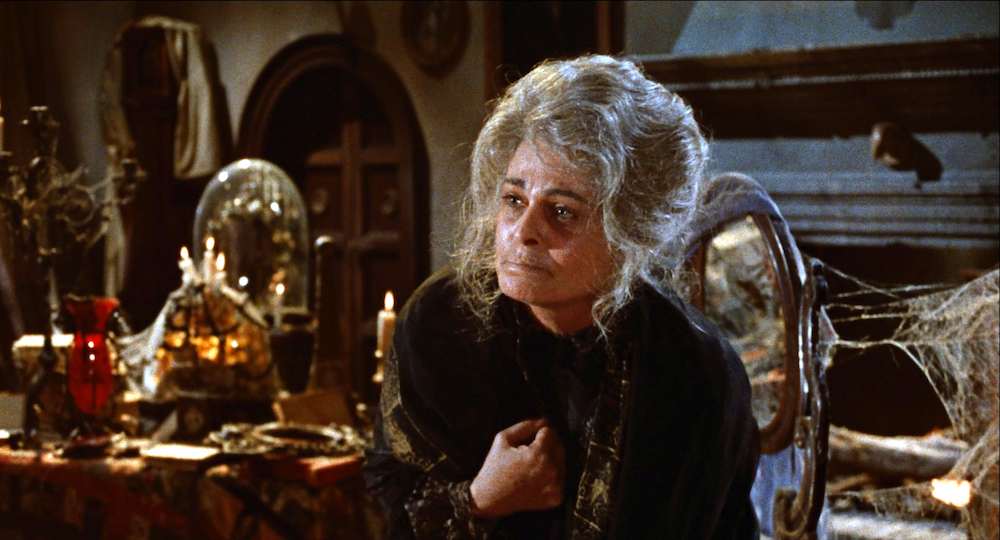 Throughout, Bava plays with our preconceptions of the genre and our (mis)interpretations of archetypes and stereotypes. He achieves this so well that, I have come across several synopses by reviewers who spectacularly misremember, or misinterpret, the motivations of key characters. The story may seem simple but demands careful attention to reveal the depth and complexity of its many interlocked themes which tackle conflicts of class, family, state, science and religion.

The recurring motif of the window leads us into several discussions about implied meanings. What is a window? A transparent and fragile barrier of varying clarity, between one place and another. Interior and exterior. The private and the public. The conscious, the subconscious. The living and the dead. The window is a metaphor for all these things, and for the screen itself. 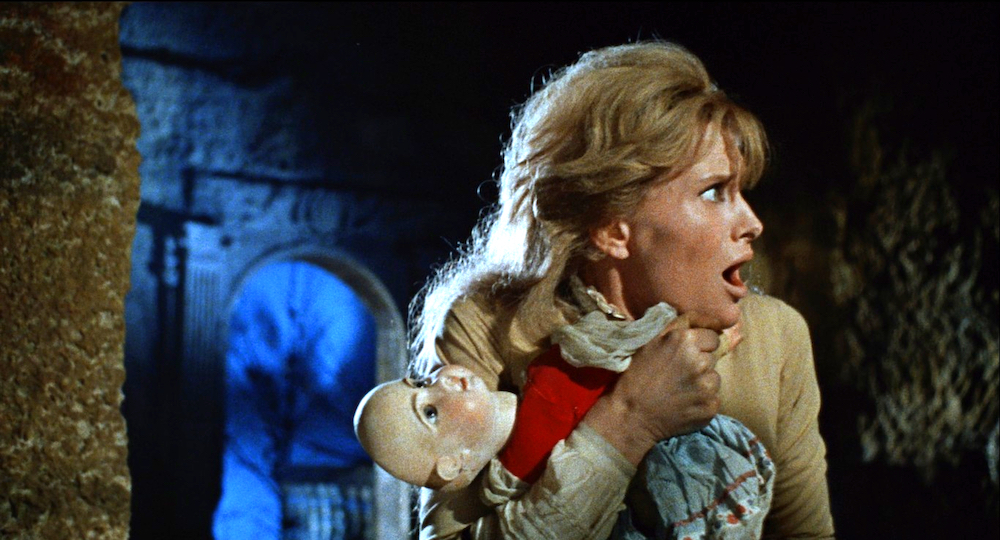 With the films, The Girl Who Knew Too Much (1963), and Blood and Black Lace (1964), Bava templated the giallo genre and, along with the likes of Lucio Fulci, George Romero, and Dario Argeno, defined the wider Italian Horror scene. So, it would seem natural to approach Kill, Baby… Kill! with this heritage as a backdrop. However, with the current interest in folk horror, it’s easy to appraise it as a formative contributor to that genre, also.

As with folk horror, the story deals with the influence that the past exerts on the present, through memories associated with place, perpetuated by oral tradition and empowered by local folklore. Eswai’s character bears a notable resemblance to Sergeant Howie (Edward Woodwood) in The Wicker Man (1973), surrounded by superstitious locals who are bound together by some unspoken secret. The scientific Doctor is just a tad quicker than the religious policeman to twig that something beyond his understanding is happening. When it all starts to point undeniably to the supernatural, he is forced to, literally, challenge himself (along with the audience) in an inventive and hugely influential sequence involving time-loops, haunted paintings and ruptured reality. It is this memorable scene, inside a metaphysical Villa Graps, that David Lynch repurposed for Twin Peaks. 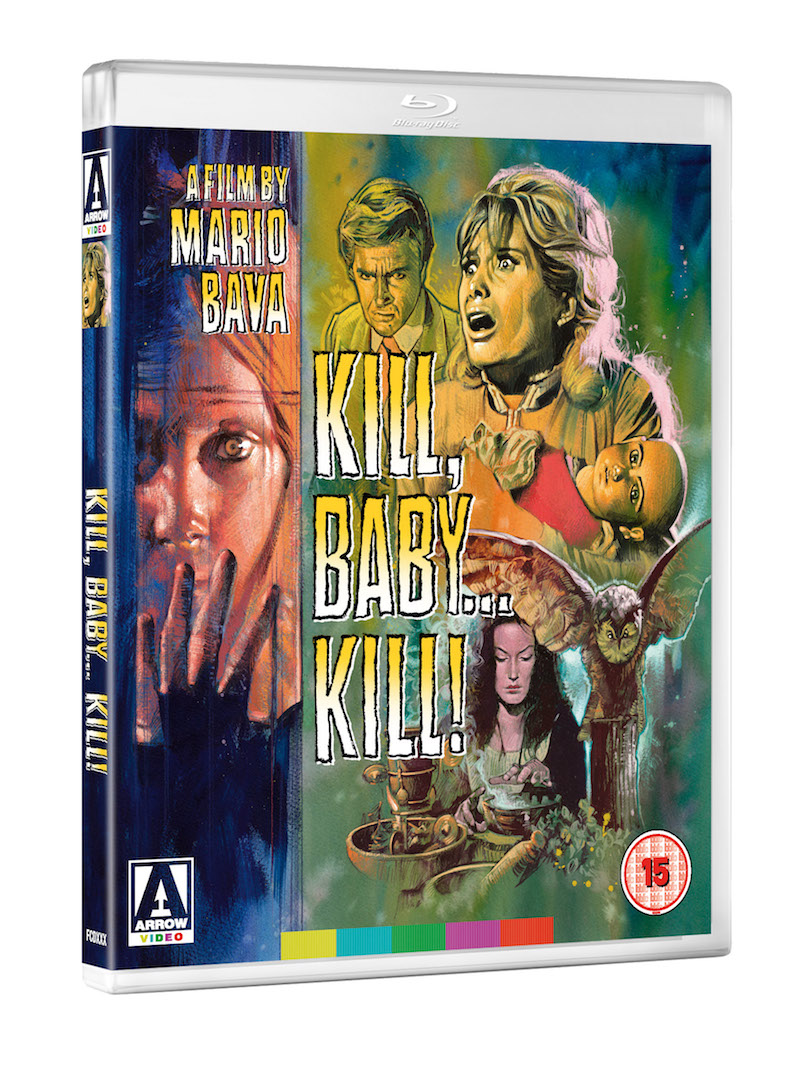 by Amelia Harvey
Join the Conversation