Looking back at Hammer’s treatment of familiar characters such as Dracula and Frankenstein’s Monster, it’s clear their films became quite predictable and run-of-the-mill after a few sequels. It was difficult to deliver something fans wanted without going over old ground again and again. Sometimes, like with many franchises before and since, Hammer horror movies could feel like cash-ins rather than real attempts at bringing good stories to the screen. Horror of Frankenstein is very much a step in the right direction, at least in terms of trying to be a little different, but does it succeed? That depends on what you look for in a good horror movie.

At this point in Hammer’s history it was important for their future to almost reboot Frankenstein with a new and younger lead. Ralph Bates was given the opportunity to run with it, but he had huge shoes to fill by following horror legend Peter Cushing. Hammer thus did the only thing they could do and took a familiar story in a different direction. With no connection to any previous movies, and a more comedic tone overall, it was a real risk on their part and almost a last roll of the dice to try and squeeze success from the Frankenstein concept. Bates may have been seen as the next big thing in Hammer and horror generally, but this was an unfortunate way of trying to kick his career into top gear. 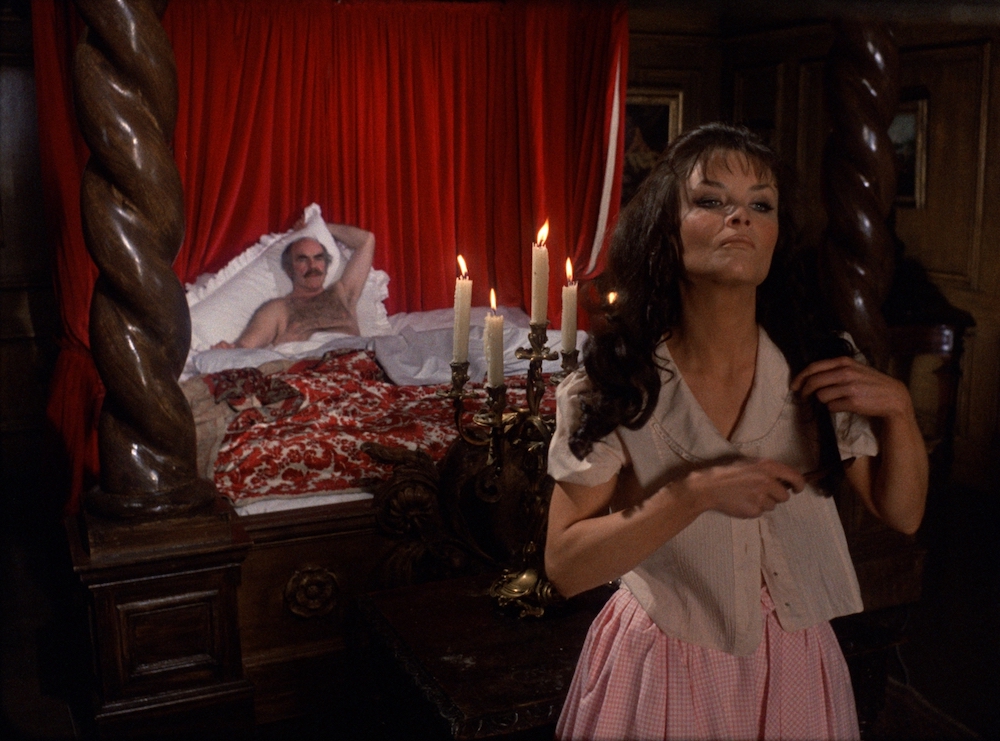 Comedy-horror is very much a case of personal taste, but I’d have to agree with the majority and say that Horror of Frankenstein simply isn’t that funny. I’m not against humour in horror when done well, but when it misfires it ruins a film completely. Jimmy Sangster’s script is surprisingly bad considering his previous output for the studio, and it’s clear comedy isn’t his strong suit. The story revolves around Victor Frankenstein (Bates), who swiftly kills his own father after a disagreement and pursues his own ambitions on the back of his family’s fortune. It doesn’t sound funny on paper and struggles on screen too. 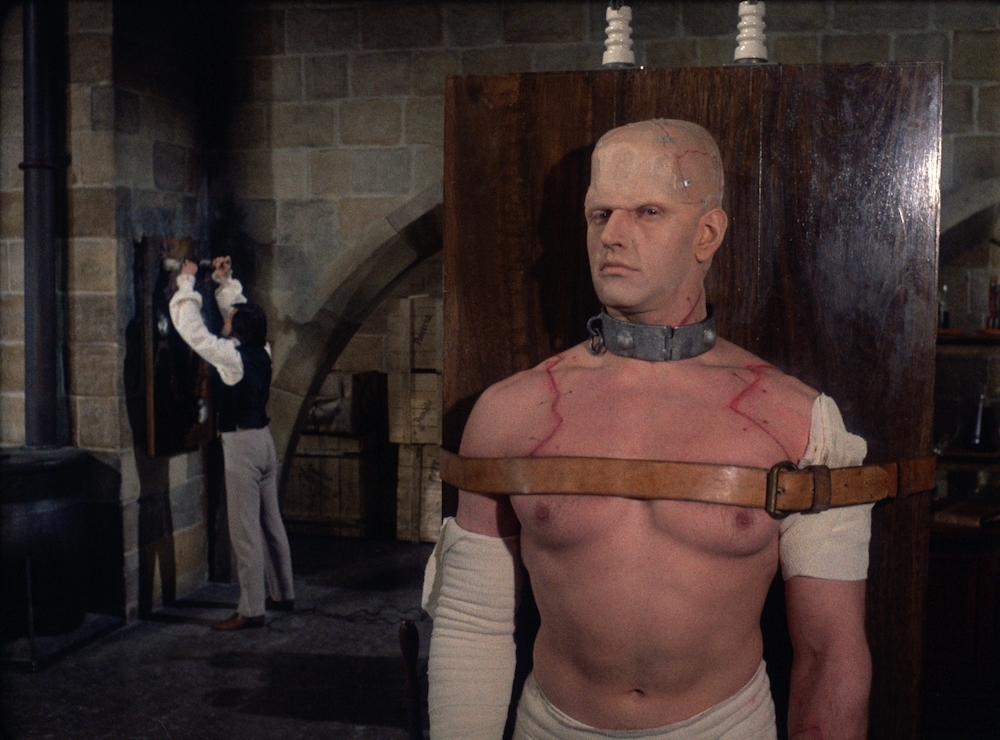 I can’t criticise Bates too much, as there’s certainly something about his screen presence, and you can see why Hammer wanted to get behind him. The script is a reworked version of Curse of Frankenstein (1957), but with no Cushing or Christopher Lee and feeble attempts at jokes, so you have to wonder why they couldn’t come up with something more original. As Victor assembles his creature (a pre-Darth Vader Dave Prowse), the chaos begins and the film descends into a parody. On its own terms, it fails, but if you’re a Hammer fan you may enjoy some self referential parts and Bates does his best to bring life to the character. He’s no Cushing, of course, but who is? 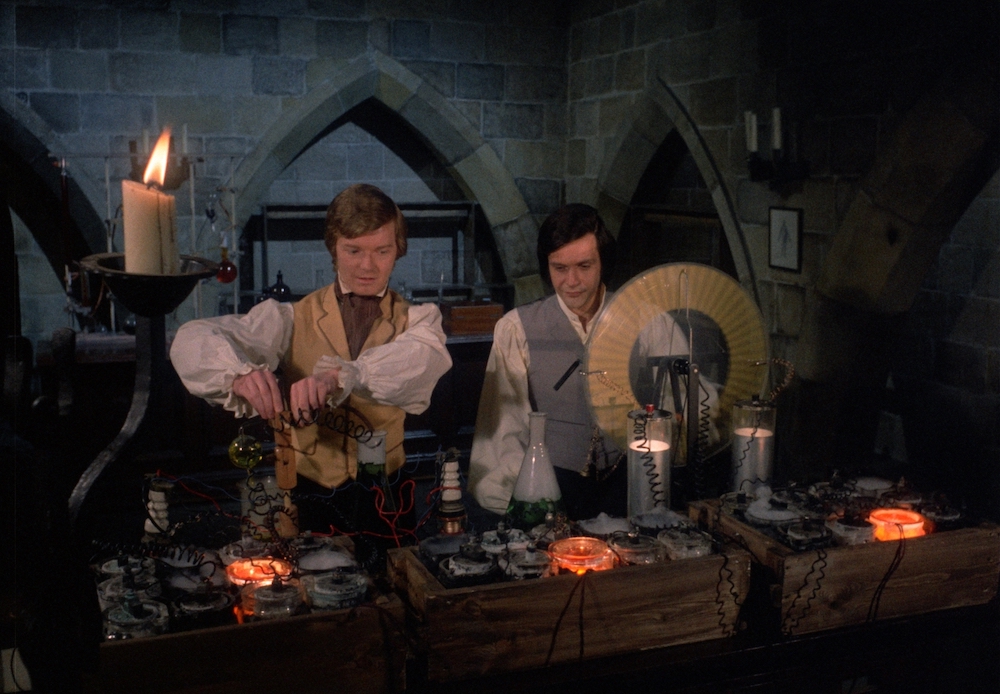 The biggest issue is with the lead character, as this version of Frankenstein is just so different from what we’ve come to expect. Cushing’s version had a tension and calculated nature about him, while Bates’s version seems unfocused and more interested in women than science. That’s not to say he doesn’t find time for killing and when he does he definitely finds enjoyment in it, but Horror of Frankenstein feels far more of a mishmash of ideas than anything Hammer produced before. It doesn’t really know what it wants to be.

Prowse has an intimidating presence, but it’s wasted because of the film’s unbalanced tone. He definitely feels like an underdeveloped creature and hardly any effort goes into the effects. The violence and gore is minimal and he hardly even looks monstrous. Sometimes when a horror film is so bad it’s saved by some inventive and playful death scenes, but there’s sadly none of that here.

Horror of Frankenstein was one of the few Hammer-made Frankenstein movies I hadn’t seen before, and now I understand why so many people have been disappointed by it. Thankfully, Bates had a solid career ahead of him, albeit mostly on TV, and this hiccup never derailed him. But you’re almost left wondering what heights he could’ve reached if he’d been given a decent project to headline. It’s no wonder Hammer returned to Cushing for their next Frankenstein tale, to prove again what they were really capable of.