Green Book is a warm but problematic film about the relationship between an Italian-American nightclub bouncer and a highly-educated black classical pianist in America during 1962. Specifically, it tells the story of tightly-wound Don Shirley (Mahershala Ali), who hires brash bouncer Tony (Viggo Mortensen) to drive him across America on a concert tour through the segregated South. From the moment the two meet in Shirley’s lavish New York apartment, it’s painfully obvious what’s going to happen in this Driving Miss Daisy-meets-Goodfellas yarn.

The film is apparently based on real events and people, with a screenplay by Tony Vallelonga’s real-life son Nick, although Don Shirley’s family have claimed Green Book is littered with falsehoods. Director Peter Farrelly, more famous for making comedies like Dumb and Dumber (1994) alongside his brother, drops the bodily fluid gags for stunning shots of the wide open road and doses of sentimentality. 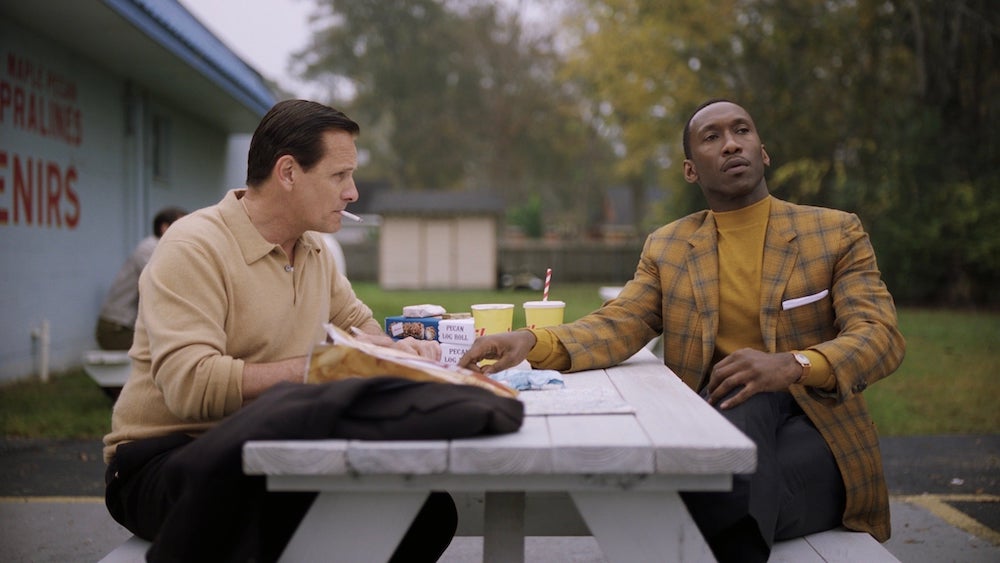 Mortensen and Ali are always watchable actors and here it’s no different. With a crude Bronx accent and a pot belly, Mortensen’s Tony is a lovable slob who’s equal parts family man and tough guy. The movie portrays Italian-Americans as fast-talking scammers looking to make a quick buck, with their poor wives left at home to cook meals (Linda Cardellini co-stars but has little to do but tut and bake). Tony’s racism is everyday discrimination of the kind most of us have experience of. There’s only one moment where Tony behaves overtly racist, being otherwise portrayed as a rather enlightened nightclub bouncer who appreciates black culture and has a range of ethnic friends.

This most eye-opening moments of Green Book are the casual racism that shaped the US in the early ’60s. Shirley hands Tony a small book entitled ‘The Negro Motorist Green Book’; a guide to the hotels and restaurants that accept black tourists. There are harrowing scenes depicting local laws that forbid black people to go out after dark, and hotels that force non-whites to enter through the rear caterer’s doorway. 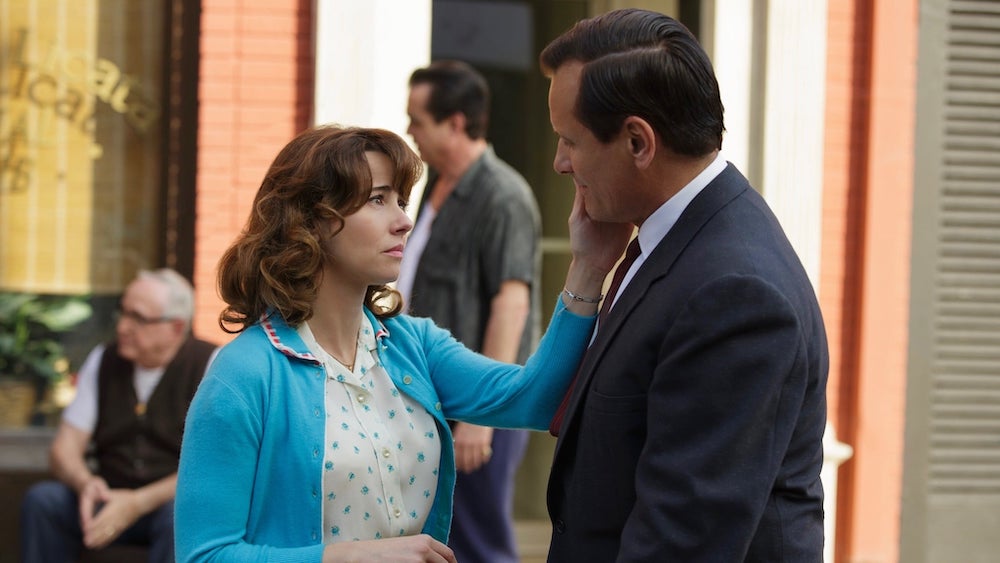 Ali’s performance is proud and dignified as the buttoned-up Shirley, delivering nuances the screenplay likely didn’t contain. Don speaks several languages, has numerous degrees, and is one of the most talented pianists in the world, but these are merely spoken about and never shown. The script only hints at the layers to this extraordinary man, skirting over the significant parts of his life. Shirley feels like a sanitised, palatable version of a real person. In fact, maybe due to Vallelonga’s part in the script, Don Shirley is often portrayed as the bad guy in this narrative—being rude, judgemental, and patronising without explaining the historical context to why.

At times, Green Book appears to be as unaware as Tony is on how troublesome racism can be, stumbling into both Italian-American and African-American stereotypes. Even the dignified performance of Ali can’t save cringe-worthy lines where Tony assumes Shirley must love fried chicken and listen to Little Richard just because he’s black. It’s not hard to read the subtext that it takes a white man to teach a black man how to enjoy being black. Much like The Help (2011), this movie condemns racism as if it’s an easy fix that was solved long ago and not an ongoing complicated struggle. If one doesn’t think too much about it, it’s easy to enjoy Green Book on a surface level because it’s well-intentioned Oscar-bait with touching performances… but why would you watch a message movie exploring America’s ugly history of racism without wanting to consider that more deeply?