Opening first as an Olivier-nominated stage play in 2010, Ghost Stories earned a reputation for being a frightening interactive experience. I remember hearing audiences were being asked to keep the surprises a secret, so as not to spoil the fun for those yet to book a ticket, and press reviews kindly skirting around the details of what goes on. This showmanship helped turn the play into a success both in London and Australia, and almost a decade later (after 1,000 shows ending in 2015) we have a £4M movie adaptation. Maybe it was created to reach those horror fans who just don’t like going to the theatre, can’t afford to, or don’t live anywhere near where it’s being staged. Whatever the reason, it’s made an effective jump to a different medium.

Ghost Stories was created and written by childhood friends Jeremy Dyson and Andy Nyman, two men known in the UK for their horror/comedy inflected projects. Dyson’s the unseen fourth member of The League of Gentlemen troupe, while Nyman’s the unseen brains behind many of illusionist Derren Brown’s TV and stage shows - although you may recognise him from Charlie Brooker’s ‘zombie Big Brother‘ miniseries Dead Set (2008) or as Winston Churchill in Peaky Blinders. 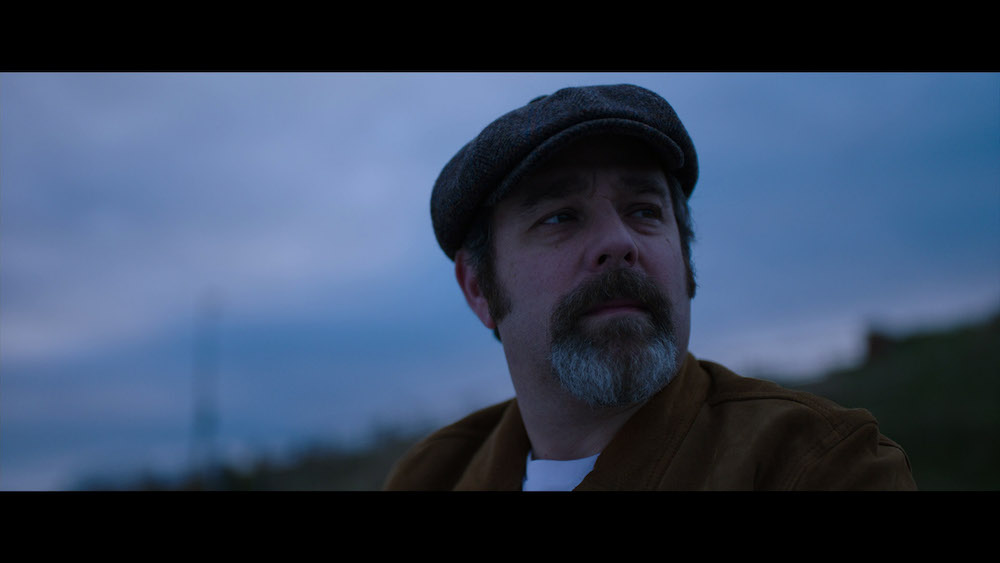 Dyson and Nyman re-team for as writer-directors for this filmed version of the Ghost Stories play, with Nyman also reprising his lead role as paranormal debunker Phillip Goodman. I never had the pleasure of seeing the stage show, but I’m aware of the structural and framing changes involved in making this movie more “cinematic” - so, for example, Goodman isn’t giving a lecture about three ghost stories he’s researched now, he’s tasked by a childhood hero, 1970s TV skeptic Charles Cameron, to look into three supernatural cases that have convinced him things really do go bump in the night.

It’s unfair to delve into the details of Ghost Stories, which is all about slow resolution of a mystery, but suffice to say we essentially have a loose anthology-style movie in the vein of a modern-day Amicus production. Goodman heads off to interview a trio of British men who’ve encountered the unexplained, that broadly cover the most popular flavours of haunting: there’s a nightwatchman in an abandoned psychiatric hospital (Paul Whitehouse) who begins to realise he mightn’t be alone; a nervous teenager (Alex Lawther) who recounts a hit-and-run involving a “demon”; and a rich city businessman (Martin Freeman) dealing with a domestic poltergeist, focused on the crib he bought for his first unborn child. Naturally, these stories are linked in a revelatory way, as we slowly more about about Goodman’s own past and personal demons. I won’t say anymore. 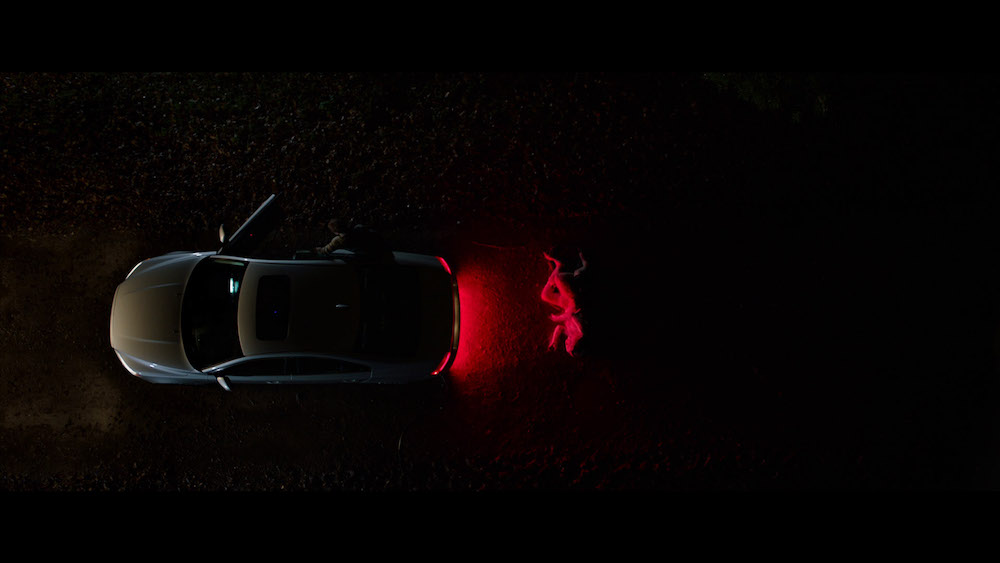 This movie doesn’t break new ground, but nor does it really want to. I have a feeling the scares worked better on stage — when you’re sat with a hushed audience watching these performances happen right in front of your eyes, with practical trickery (something the movie does replicate instead of CGI), submerged in that sense of danger a theatre production always crackles with.

You can never truly replicate that experience on film, although one could argue the effectiveness of some scares can be targeted better through a camera lens (as you don’t have to ensure everything plays to the back row), and undoubtedly a movie allows you to go deeper with the emotions and drama that perhaps get overshadowed by the theatricality of wanting to make paying customers jump in their seats. So, there are pros and cons. 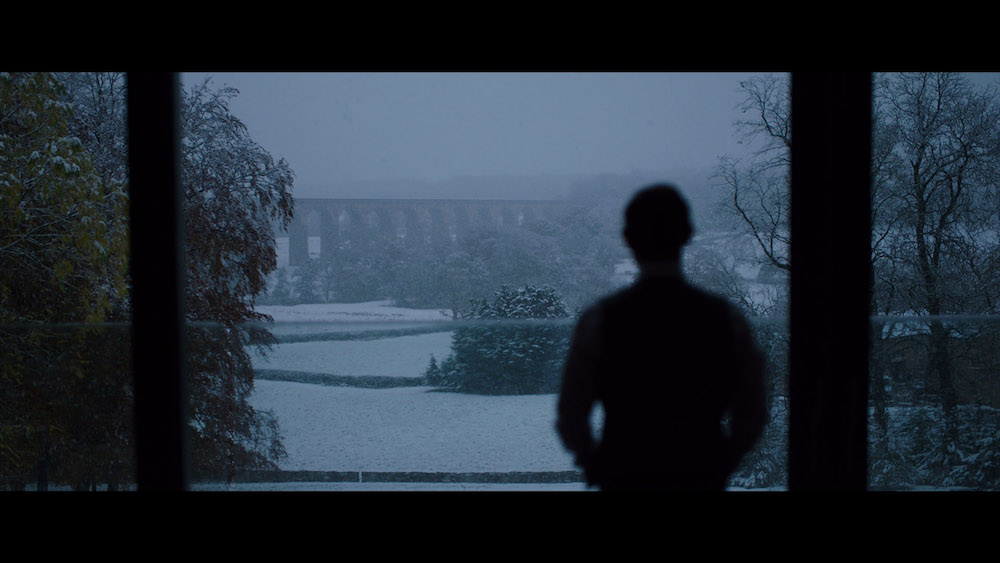 I enjoyed this movie a lot, but it’s not very distinctive as a movie because movies are filled with horror tales it’s indebted ti. The nightwatchman vignette is particularly cliched - maybe intentionally - because aren’t all the best campfire ghost stories told to just give audiences variations on what they’ve come to expect? It’s still an effective piece of filmmaking with some chilling and grim moments, although it may take awhile for British viewers to settle into the story because Paul Whitehouse’s early presence is distracting. A famous UK comedy star of 30 years, seeing him play a straight and serious role is a novelty, but he does a decent job holding the screen once the plot movies into the asylum. 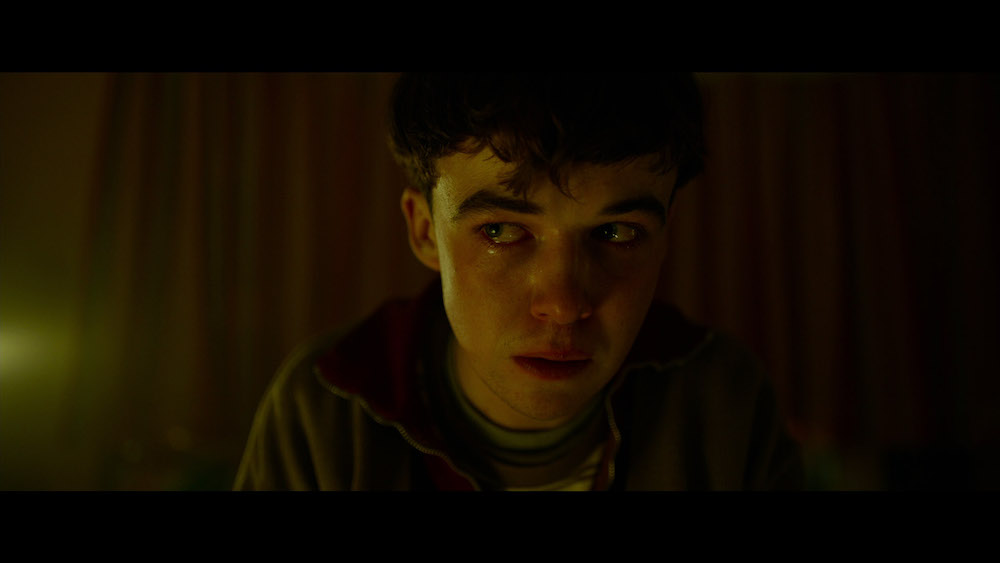 The second story is the silliest and undercut by an abrupt ending just when it’s started getting really good, while the final instalment contains the best performance (from Martin Freeman as an expectant father and anti-Semite who suffered a terrible loss). It involves some very J-Horror-inspired chills, before segueing into unexpected realms that evoke a marriage of Stephen King and Mike Leigh. All of the stories concern men at different stages of life, too, which was interesting. As Ghost Stories is also the brainchild of two men, there’s definitely some deep-seated male neuroses and anxieties that have wormed their way into these characters and where the story goes.

One good thing about Ghost Stories is how the “bad” or “off-putting” moments are eventually proven to be intentionally so, which was a pleasant surprise. It’s definitely the kind of movie you can’t pass judgment on until the end credits roll, and the “magic trick” it plays is over. The story certainly took things down a path I didn’t predict, even if the individual stories themselves felt very workmanlike in some ways. Again, seeing this stuff on stage must have been nerve-jangling stuff and great fun to see happen in front of you, but as a movie it’s less enthralling. But that’s not to say you’ll be bored or ultimately disappointed, because it’s still effectively handled - about on the level of a League of Gentleman Christmas special, if they took out most of the jokes. 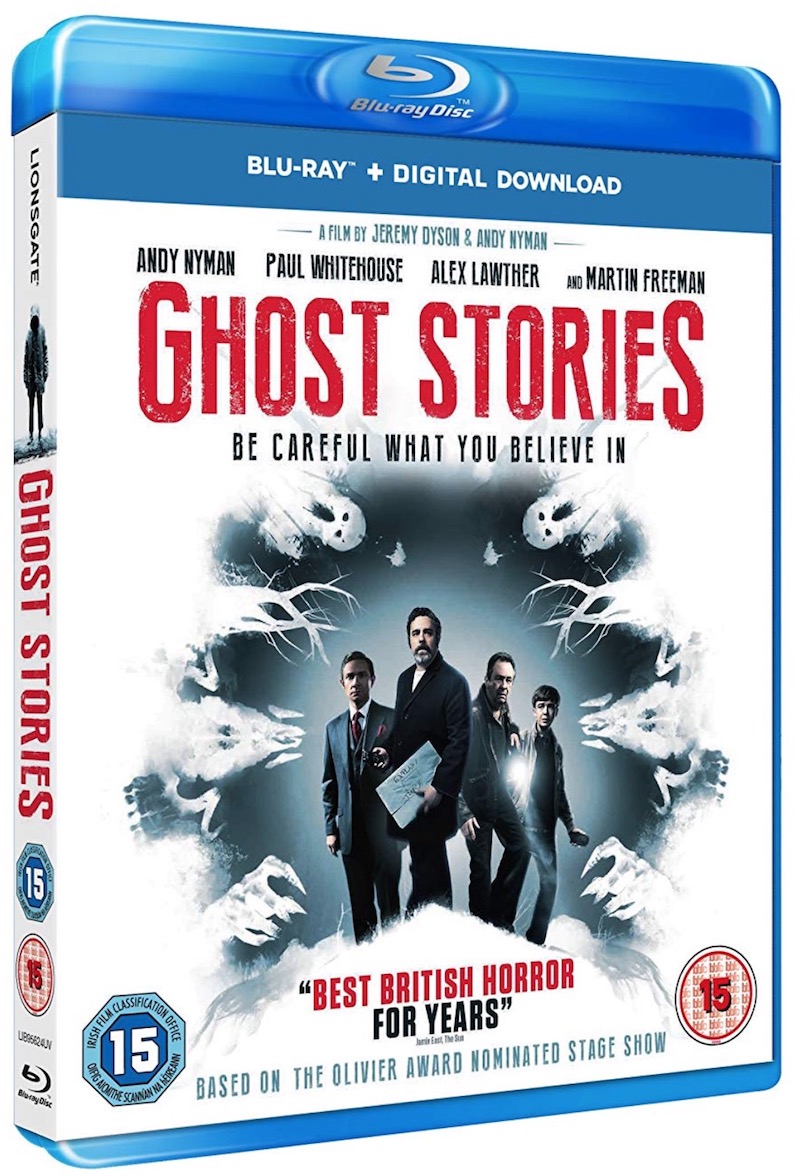 The 1080p image, with an aspect ratio of 2.39:1, is very clean and crisp throughout, although I noticed some banding in a few areas - usually exterior shots with sunlight - but it’s nothing to grumble about. Skin tones are realistic and there are deep blacks, which you desperately need in most horror movies. The DTS-HD Master Audio 5.1 soundtrack does a solid job with the evocative music and keeps the dialogue grounded, plus the obligatory jolts of ‘loud noise’ for an easy jump-scare.