StudioCanal’s Hammer Horror Collection, celebrating 60-years of the famous British film studio, is a perfectly timed Halloween treat for horror lovers. The iconic studio and its many movies have remained in the hearts and minds of fans ever since The Curse of Frankenstein (1957) premiered, despite their qualitative ups and downs.

Fear in the Night isn’t one I’d heard of, but it’s a story that pushed the boundaries for Hammer as they stepped out of their Gothic horror comfort zone into the suspense genre. The script had existed since 1963 as Brainstorm, and then The Claw, before it finally got made. Instead of relying heavily on familiar supernatural characters like Dracula and Frankenstein’s Monster, the script instead focused on psychological terror by emphasising the talents of actors Judy Geedon, Joan Collins, and Hammer stalwart Peter Cushing. It was also a stylistic precursor to Hammer’s move into television during the 1980s. 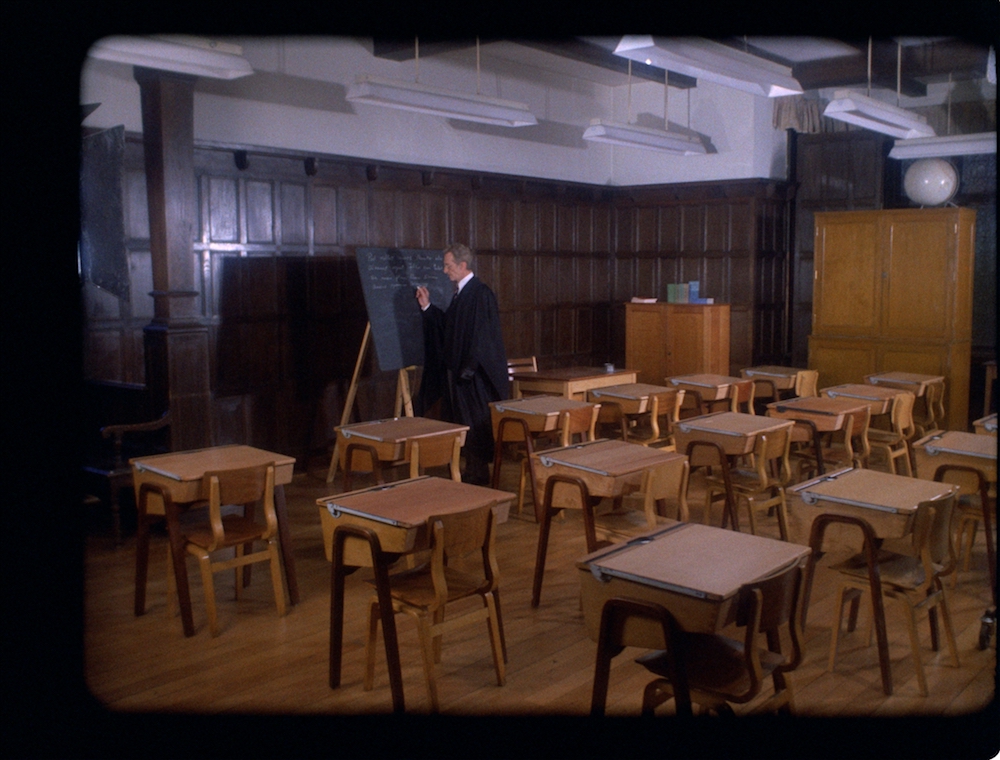 It’s hardly the most original movie Hammer ever produced, but what makes it worth watching are the excellent performances. Cushing could make almost anything enjoyable, and while he’s not the main focus he delivers another top class performance as a sinister headmaster. Geeson also has a wonderful innocence about her as Peggy Heller, a young woman on honeymoon with her husband (Hammer regular Ralph Bates) at the country school he teaches at. But there’s something very sinister about this deserted place, and Peggy’s anxiety mounts as she explores its quiet corridors.

What makes Fear in the Night so intriguing are the hints towards Peggy’s unstable mind following a nervous breakdown, which means we question her perspective and experience. Following a frightening attack by a man with an artificial arm, before she met her husband, she’s mentally fragile and that doesn’t make her time at the isolated boy’s school any easier. 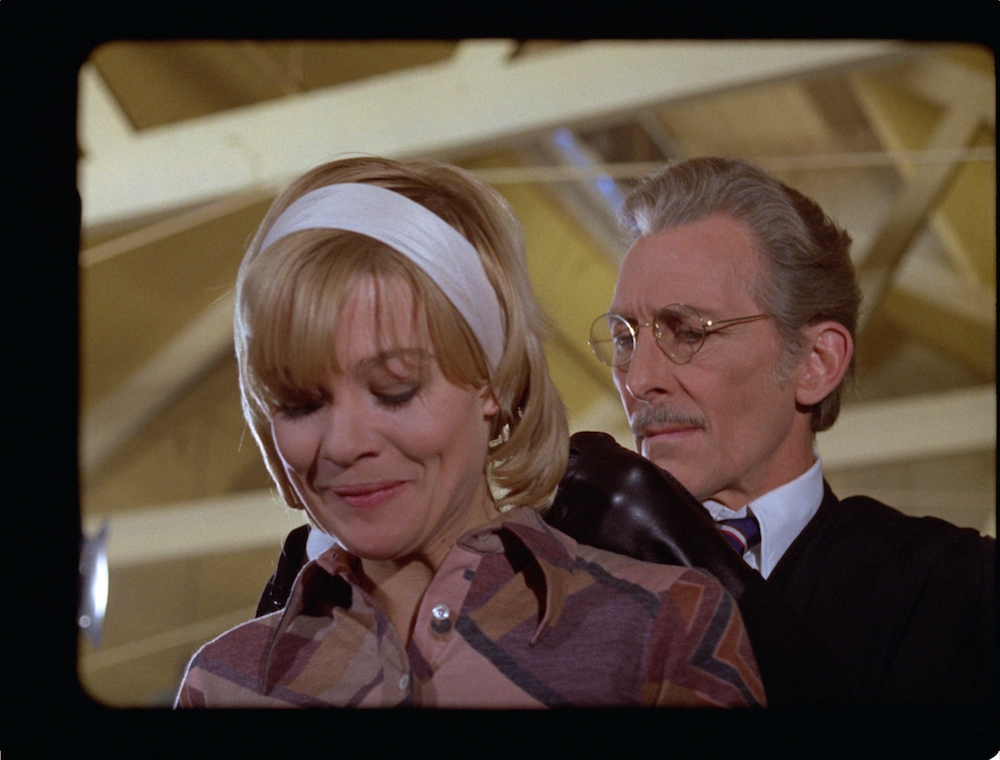 While audiences may be familiar with Hammer’s focus on blood and gore, Fear in the Night proves they were capable of generating scares without relying on spectacle and effects. While I’ve never been a huge fans of Joan Collins, she fits in perfectly as Molly, the wife of headmaster Michael Carmichael (Cushing). She’s the polar opposite of Peggy and certainly plays to Collins’ strengths as an actress; being the wild and sinister vixen in stark contrast to Geeson’s shy and timid protagonist.

You have to admire Hammer’s approach to horror and its drive to survive in an over-crowded marketplace during the early-1970s. When you look back through the history of horror, Hammer needed to adapt to changing times, and Fear in the Night is a great example of an experimental period where they took risks. 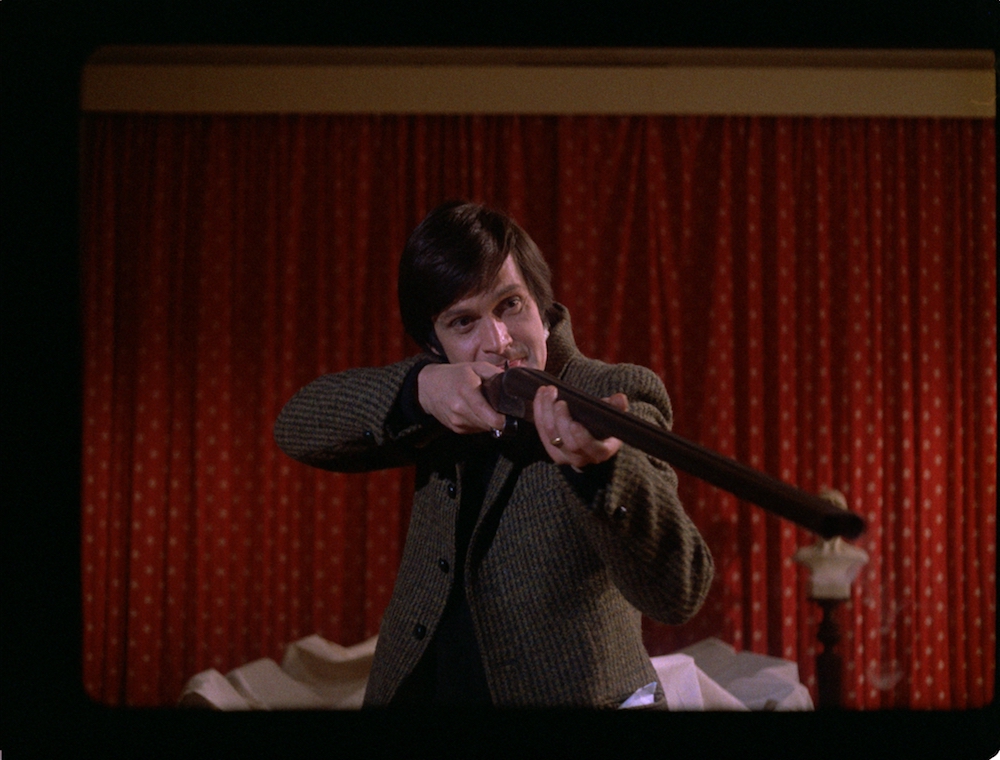 This is a surprising and unpredictable thriller that I’d hate to give too much away about, but suffice to say it’s an enjoyable experience elevated by the efforts of a fine cast. Geeson makes for an especially likeable lead, and Collins is a complete natural with such a bitchy role.

Fear in the Night exceeded my expectations with a script filled with surprising twists and turns. If you’re looking for a more traditional Hammer Horror, you’re better off checking out Scars of Dracula, Blood from the Mummy’s Tomb, or waiting for StudioCanal’s other releases in 2018. Fear in the Night instead offers a story to make you think, keeps you on your toes, and offers a decent resolution to its story—which isn’t always a given in horror.

It was also the last movie from legendary Hammer Horror writer-director Jimmy Sangster, and if you’re looking to get into some classic genre films this is a fine place to start. 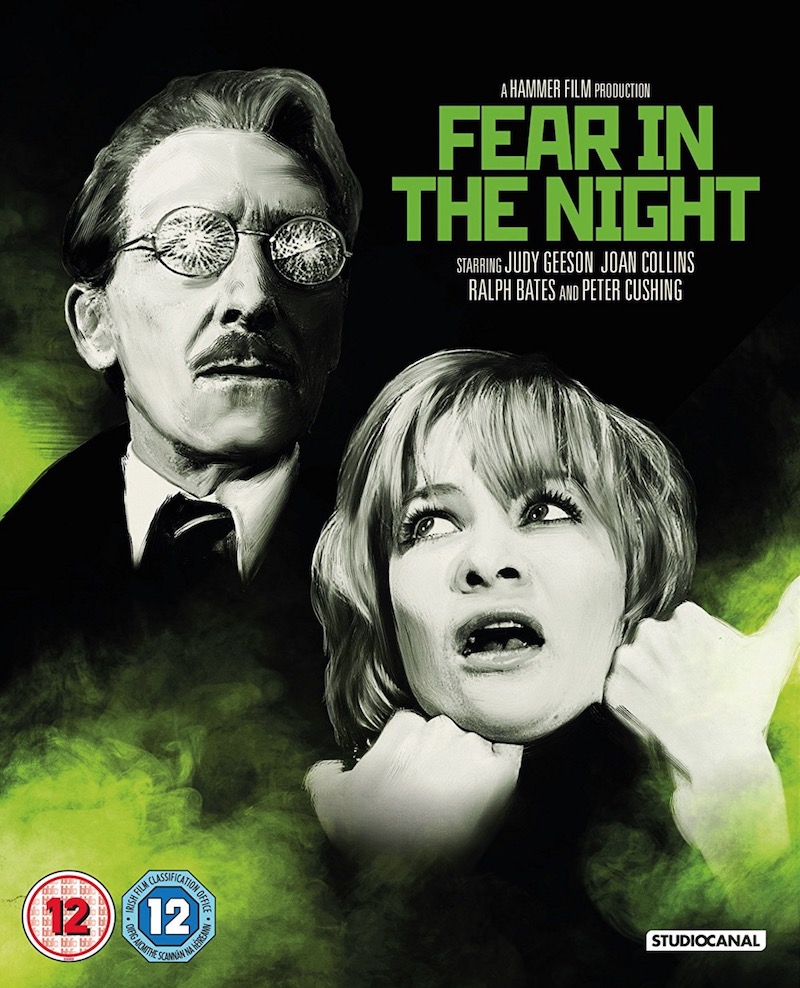