Writer-director Wash Westmoreland’s Earthquake Bird is one of those movies that’s so beautiful it’s easy to overlook how thin and shallow the characters are, and how many questions are raised but barely addressed—let alone answered.

At least, that’s the case while you’re watching it. Afterwards, one may feel it’s too technically slick to achieve the rawness it aims for. And that even if an aura of mystery is part of the point, Westmoreland takes inscrutability too far. 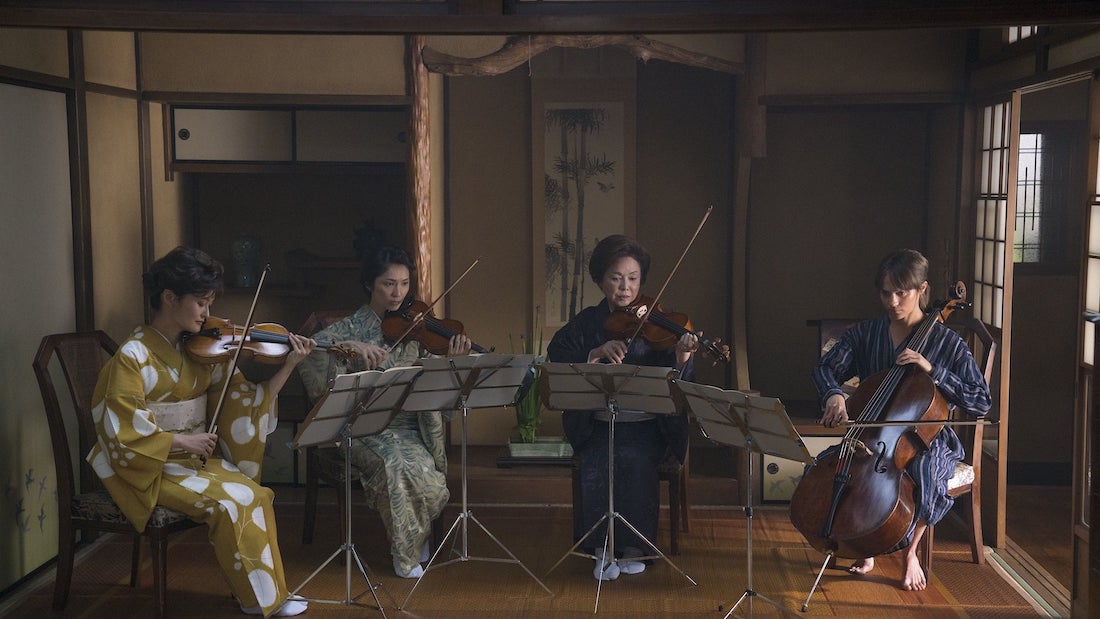 It’s not exactly a satisfying film, then—rather like Westmoreland’s Colette (2018), which was an engaging enough biopic, but the human drama felt seemed suffocated beneath its impeccable surface. In contrast, Earthquake Bird (now streaming on Netflix after a limited theatrical run) still has strengths it’s easy to applaud—not least the performances of the three leads and its exquisite, poised photography.

Based on a well-received novel by Susanna Jones, the movie tells (in a mixture of English and Japanese) the story of a young Swedish ex-pat living in late-1980s Tokyo called Lucy (Alicia Vikander). In Japan, Lucy meets and falls in love with Teiji (Naoki Kobayashi), an aspiring photographer and fellow ex-pat, but an American called Lily (Riley Keough) who seems friendly around the couple soon threatens their happiness.

When Lily vanishes, Lucy’s suspected of being involved in her disappearance, but although her interrogation by the police is used as a framing device for much of the film (and there are certainly reasons to suspect her), nothing’s as simple as it might seem to the detectives investigating the case. 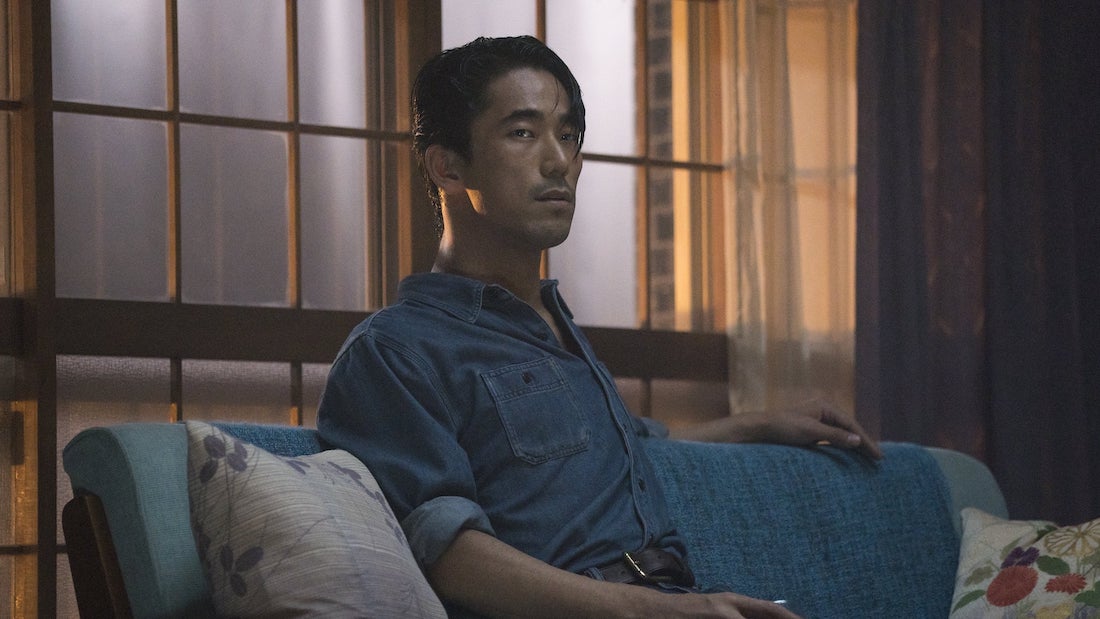 The investigation is, however, really only a device to tell the tale of Lucy, Lily and Teiji; this is not a cop movie by any means. So the essential story is a very simple three-hander, but one that’s teased into complexity through the structure of flashbacks and a persistent atmosphere of duplicity… which is tantalisingly hard to decipher. Indeed, we never quite feel we’re privy to the character’s real motivations; for example, the way the seemingly self-contained Lucy becomes so entranced by Teiji so quickly and easily is itself a puzzle. Perhaps it doesn’t quite ring true, but it adds to the strange mood that haunts Earthquake Bird from beginning to end.

The downside of this is that, since we don’t truly understand what’s happening with the characters, they come across as a little flat. But despite that there are fine performances from all three leads. Vikander (Tomb Raider) is impressively reserved, which makes the occasional breakthrough of passion (or even the half-smile as she recalls her brother’s death) all the more powerful. In a subtle dig at national stereotypes, she’s far less emotional than most of the Japanese characters, too. The sheer hurt she displays when betrayed, rather than the more conventional Hollywood response of outrage and lust for revenge, is thoroughly convincing.

Keough is a more assertive character on the surface, but vulnerable all the same, and perhaps displays a wider range than Vikander. Kobayashi, meanwhile, although not the main subject of the film, is almost its star in terms of presence and conveys a potent sense of super-controlled menace. 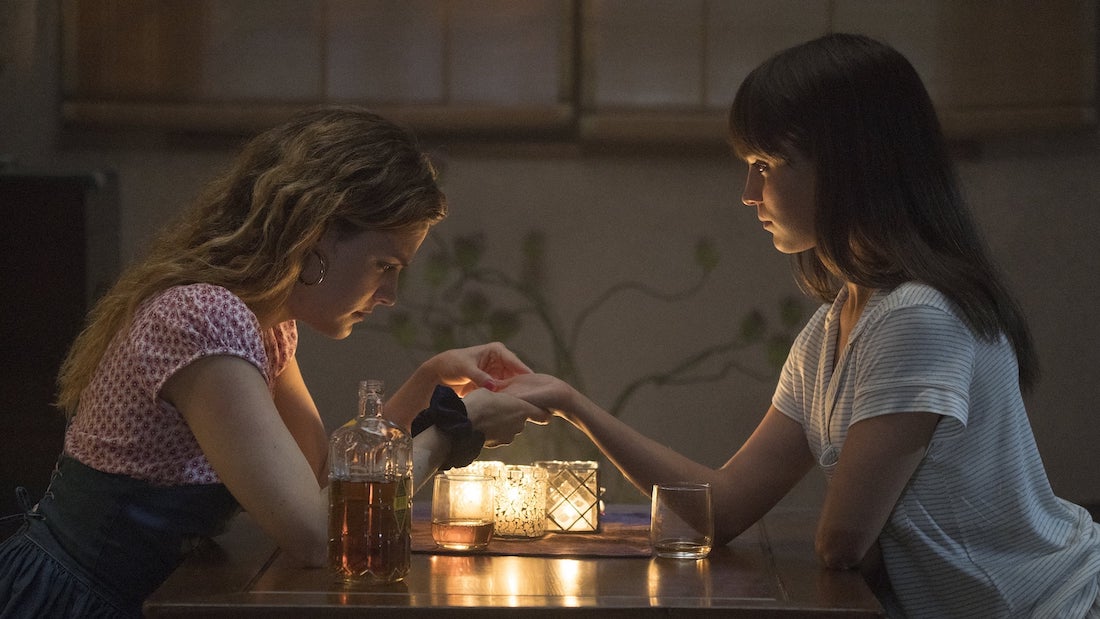 Equally absorbing is the cinematography by Chung Chung-hoon, even if there’s always the risk that visuals this self-consciously stylish can detract from the narrative. There’s evident pleasure in lingering on faces, gorgeous warm lighting, and carefully balanced compositions, which also benefit from Yohei Taneda’s production design. Chung is not just delivering good-looking stills, though: there are highly cinematic moments, such as a long close-up on Lucy against a plain wall toward the movie’s conclusion that’s reminiscent of the end of Hitchcock’s Psycho (1960) and working terrifically well. Just occasionally it misfires: the golden-red ambience of a sex scene, for example, makes the naked lovers look like they’ve caught a nasty sunburn.

Adding to the sensory delights in Earthquake Bird are a great selection of interesting and non-clichéd Tokyo locations, as well as an accomplished score by Atticus and Leopold Ross (the former an Academy Award-winner for The Social Network). Like the film itself, this deals in creating a rich atmosphere as much as overt conflict or change; it’s a soundscape, really, with no easily identifiable melody or rhythm. Sometimes faint and never intrusive, even when it’s being assertive, it complements what’s happening on-screen perfectly. 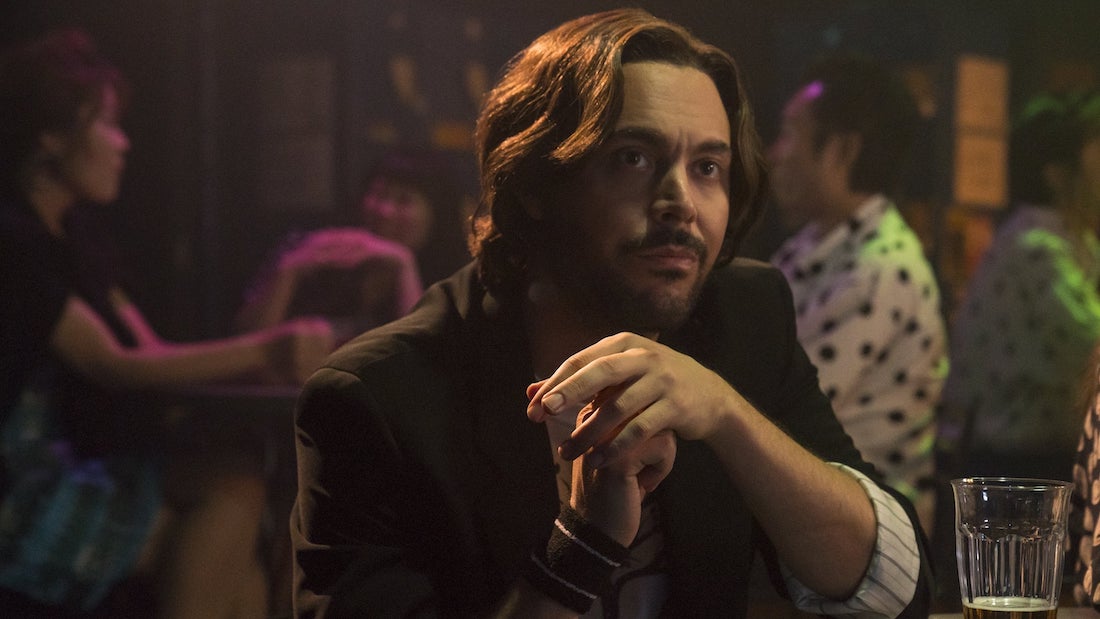 The problem with Earthquake Bird (the sagginess its attributes can’t prop up) is that after a well-paced introductory sequence, which drags us into the drama before the opening credits are done, the story doesn’t seem to know where to go. The way the movie appears to be ending three or four times is symptomatic of this core issue, as are the many themes picked up yet inadequately followed through.

“Death follows me,” says Lucy. What does this mean? Perhaps it’s really the case that she follows death, or perhaps the point is that she’s a survivor, like the titular bird that sings after an earthquake. “The subject always gives something [to a photo],” says Teiji, while Lucy observes how the Japanese once believed that having one’s picture taken meant having one’s soul stolen. Eventually, there’s sinister resonance to these comments, echoing Michael Powell’s Peeping Tom (1960), but the real nature of Teiji’s relationship to his women and his photography is never clear.

Lily, meanwhile, can read palms—a talent “like a window that opens up and I can see things”—but how this relates to anything else, except perhaps to indicate her ironic obliviousness to her own future, is difficult to say since the point is never pursued. Some misdirection in the script, when it’s rather heavily implied that she could fall victim to an earthquake, also hints that uncertainty about our fates is on the agenda… but why? What does it have to do with this story, more than any other? 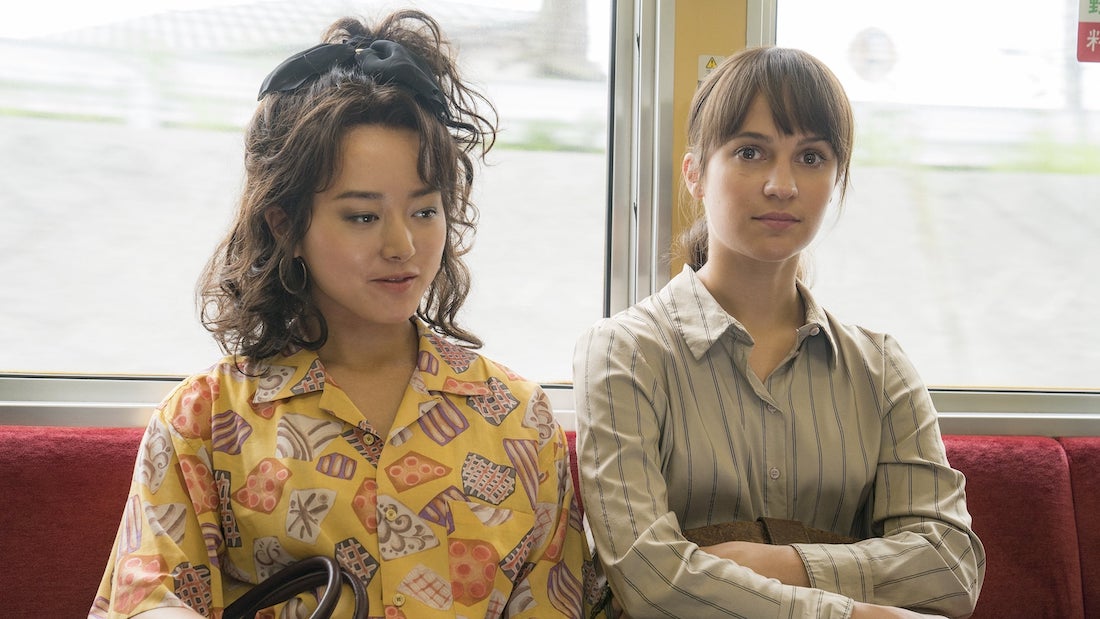 Similarly, a detective interviewing Lucy suggests “we all live in our own reality”, but what do we make of this, except that characters have different motivations and perspectives on the world—which is hardly a surprise?

It’s hard, then, not to feel let down. The movie has so much going for it in terms of presentation and performance, and opens up many potentially rich dramatic and thematic seams… so it’s disappointing when it fails to exploit them. It’s all clues and no solution. This may be intentional, but the lasting impression is of a cop-out, or uncertainty as to where best to take the story, rather than embrace noir-ish ambiguity.

Earthquake Bird is far from unwatchable and dull (at least until the protracted but inconclusive final scenes), but it’s ultimately not much more than a smart-seeming yet fundamentally mediocre, perhaps over-ambitious, option for a Netflix evening in. 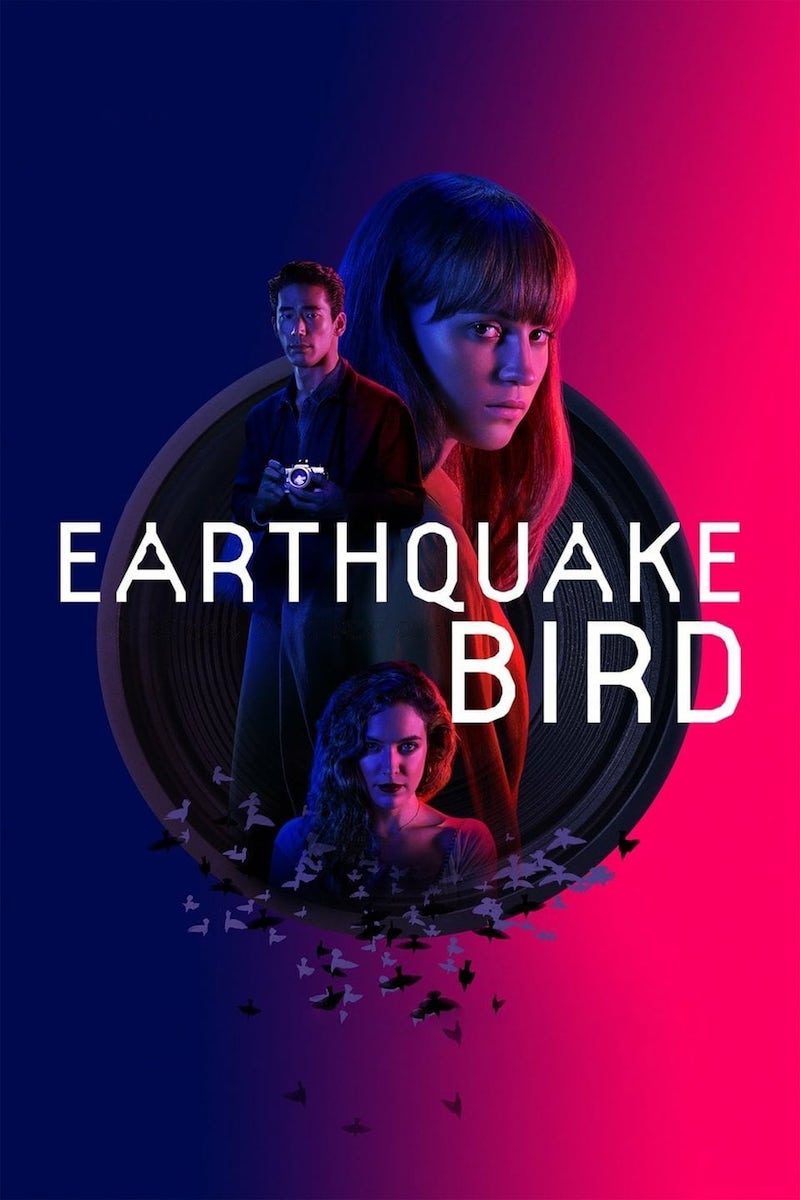