The Vestron Collectors Series has been much anticipated by British cult movie fans since launching in the US last year. Vestron has a place in the heart of many VHS lovers, being one of the pioneering labels of the 1980s and ’90s. Lionsgate’s resurrection of the brand allows them to focus on unsung genre releases, as Arrow Video has proven there’s demand for cult movies to be given the deluxe treatment on Blu-ray.

Horror-comedy Blood Diner (1987) is one of Vestron’s UK launch titles alongside C.H.U.D II: Bud the C.H.U.D (1989), Return of the Living Dead 3 (1993), and Waxwork (1988). All have loyal fans who like owning the best-quality releases of these on home video, and Blood Diner even brings an unrated version to high-definition for the first time.

For me, horror-comedy is one of the most difficult sub-genres to judge. We all have a different sense of humour, and we’re scared by different things, so throwing these two together successfully is a real challenge. At its best, Blood Diner is one of those ‘so bad it’s good’ movies. At its worst, it deserves to be turned off, the disc ejected, and then thrown out a window. 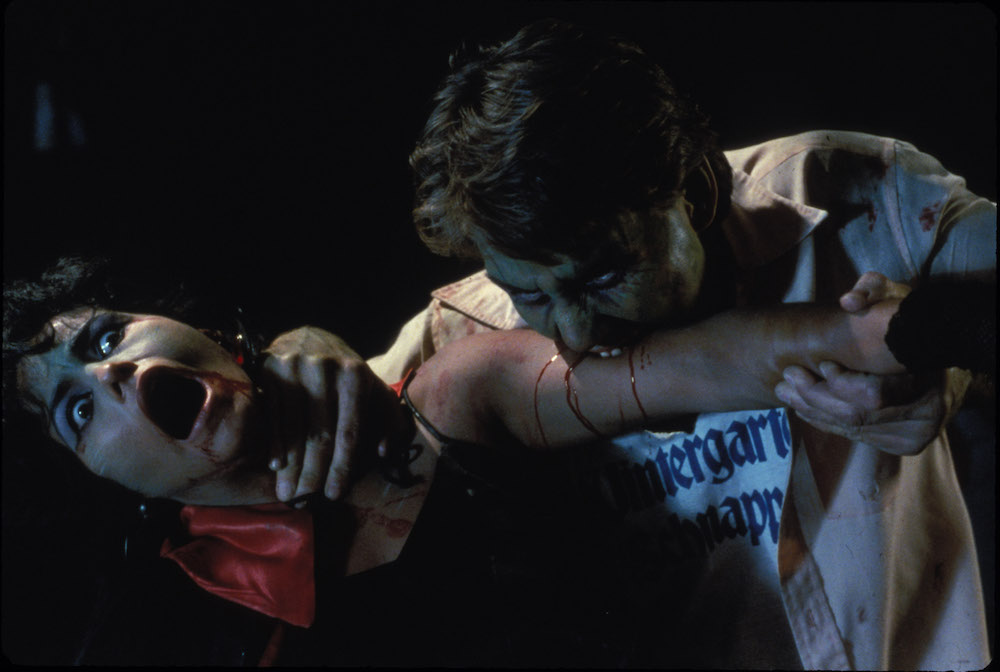 Writer Michael Sonye doesn’t manage to balance the comedy and horror of his screenplay, and it’s fair to say Blood Diner is utterly ridiculous besides. If you consider how Troll 2 (1990) has since become a beloved cult classic since its release, despite being an objectively terrible piece of work, at least everyone involved in Blood Diner seems to realise how stupid their movie is. Once you accept that, it’s almost funny. Almost.

To sum things up: Uncle Anwar (Drew Godderis) is a crazy men who gives a powerful amulet to his nephews, and gets killed by some police officers, before we jump forward in time to find said nephews Michael (Rick Burks) and George (Carl Crew) attempting to resurrect their uncle while running a restaurant. But their diner is merely a front to murder people and feed them to customers, at their dead realtive’s behest now he’s a brain in a jar requiring blood sacrifices to the Egyptian goddess Sheetar (Tanya Papanicolas) to regain full form. Great idea! At this point you almost don’t care anymore, so just go along with it… 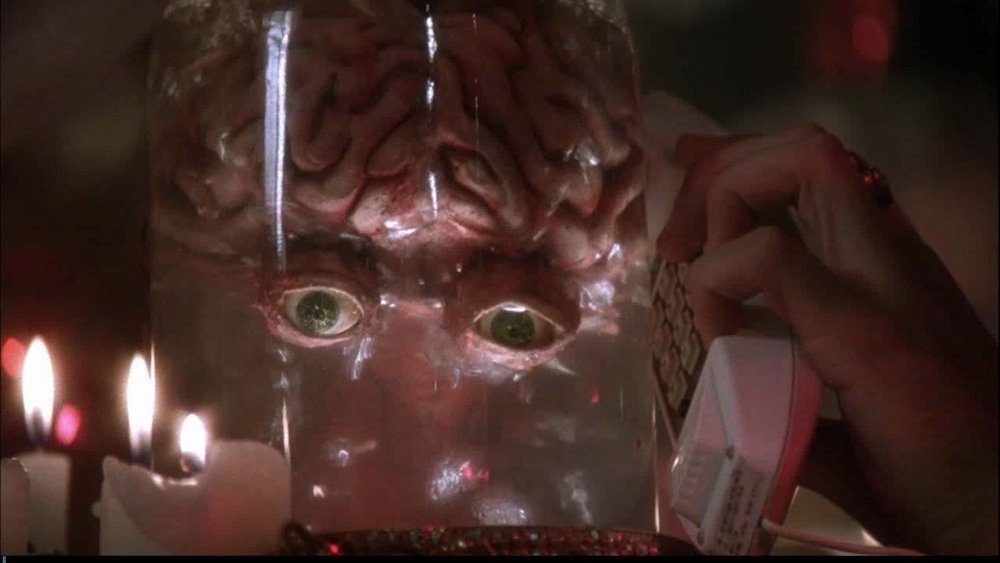 Burks and Crew make for decent enough lead actors, as does Godderis in his limited voiceover role. Sonye’s writing embraces the concept’s absurdities, and it’s clearly aimed at B movie fans with weird tastes.

If you find humour in watching someone get sliced in half, or someone getting their head fried, then this is definitely the movie for you. Like, seriously, someone gets their head fried and then runs around battered. I sat there wondering whether it was really happening. There’s also enough pointless nudity to keep anyone’s kinky side satisfied, although nudity tends to signpost imminent death. Scream wasn’t wrong about its horror rules after all.

The diner setting and soundtrack gives the film a classic ’80s feel, and director Jackie Kong has fun with the ridiculous antics of the cannibalistic boys. As a horror aficionado I’m glad to have seen Blood Diner, as I love watching old films that are new to me, but it’s not one I’ll revisit or speak highly of.

Lionsgate have made a wise decision bringing the Vestron label back to life, and the Blood Diner disc has been handled with love and care… but you can only polish a turd so much. But if you enjoy it, there’s an insightful commentary from the director, plus a few featurettes to watch in the bonus material. Nothing convinced me I needed to give Blood Diner a second chance, but it’s nice to see everyone enjoyed making a movie that’s somehow managed to leave a mark in cult cinema. 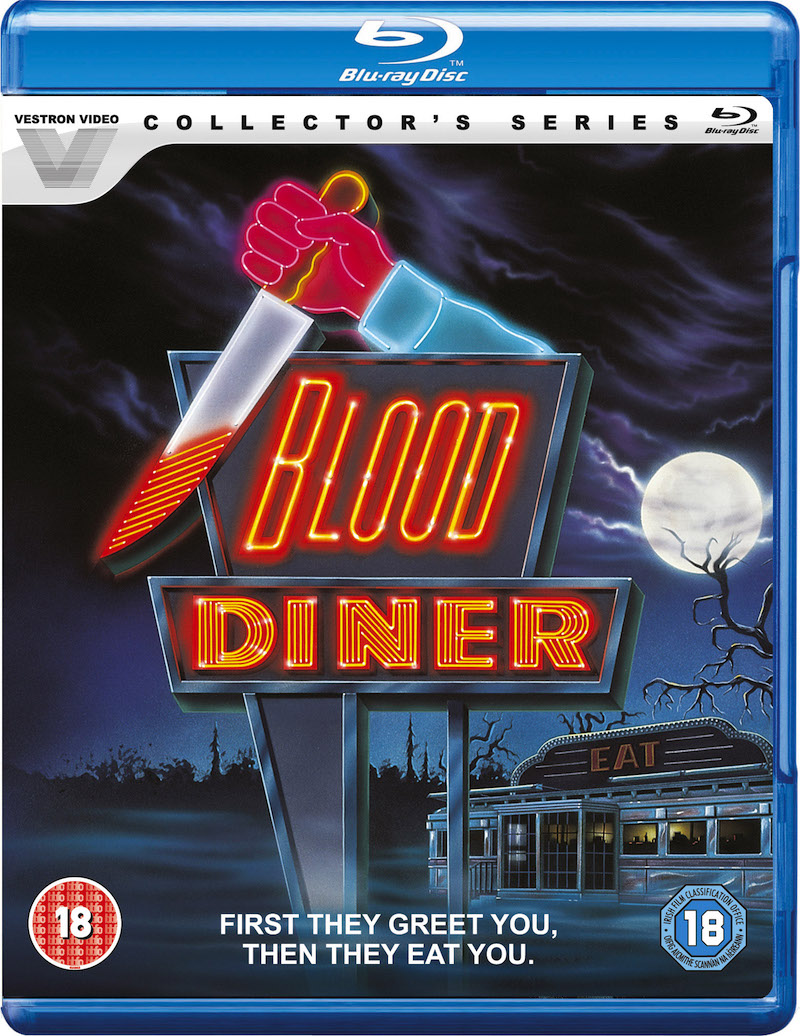