Having enjoyed herself with the con to keep Huell from doing time, the opening of “Wiedersehen” involved another scam. Kim (Rhea Seahorn) essentially had to switch the building plans for the Mesa Verde bank planned for construction in Lubbock, Texas, so posed as a frazzled mother on crutches to endear herself to an employee there, before “accidentally” soaking her copy of the agreed blueprints in milk. Ultimately, the plans Kim left behind were carefully doctored to be 13% bigger than agreed, meaning Mesa Verde end up with more than they paid for.

It was a fun little sequence, mostly unrelated to anything else happening in the episode, but it helped to underline how Kim and Jimmy (Bob Odenkirk) are getting closer and make a good team. Although this fact is something Jimmy thinks helps his desire for them to start a new business together, one that possibly bends the rules for added kicks, but Kim’s heart still isn’t in that. 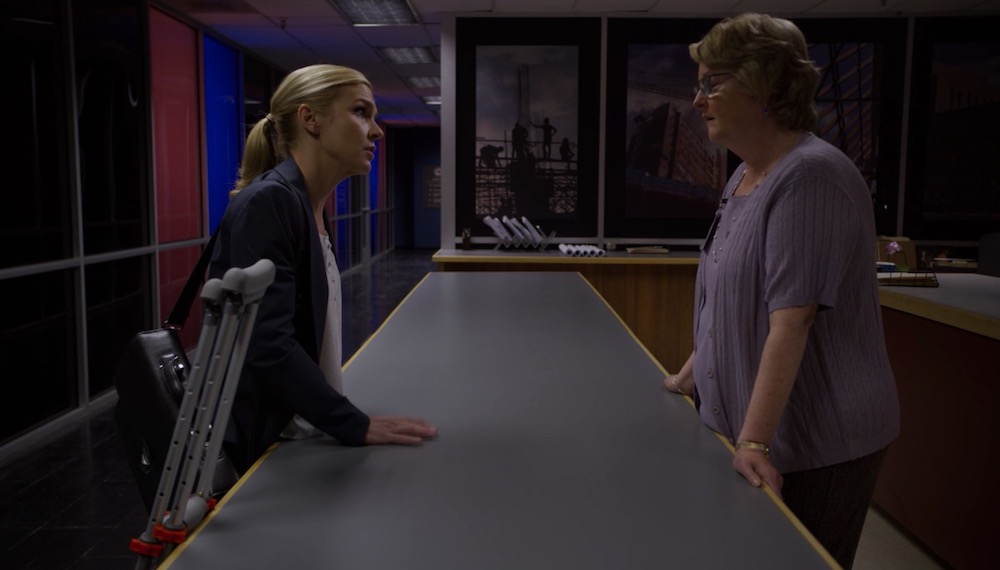 Chucking his chance away.

It’s the big day of Jimmy’s probably reinstatement as a lawyer, having lost his license for a year, and true to form he gave a strong performance in front of the committee. He clearly knew what they’d be likely to ask, had rehearsed his responses without them sounding too mechanical, and was quietly confident everything was going to plan – despite one person slightly throwing him off-guard with a question about what the law means to him.

Afterwards, it wasn’t good news. Jimmy’s perceived lack of sincerity cost him his reinstatement, and he was understandably outraged and confused. Indeed, this season’s been headed towards Jimmy becoming a lawyer again from the start and we know he’ll eventually achieve that aim, but not yet. He vented his spleen to Kim at the top of a multi-storey car park and was puzzled by her disbelief he didn’t mention Chuck. 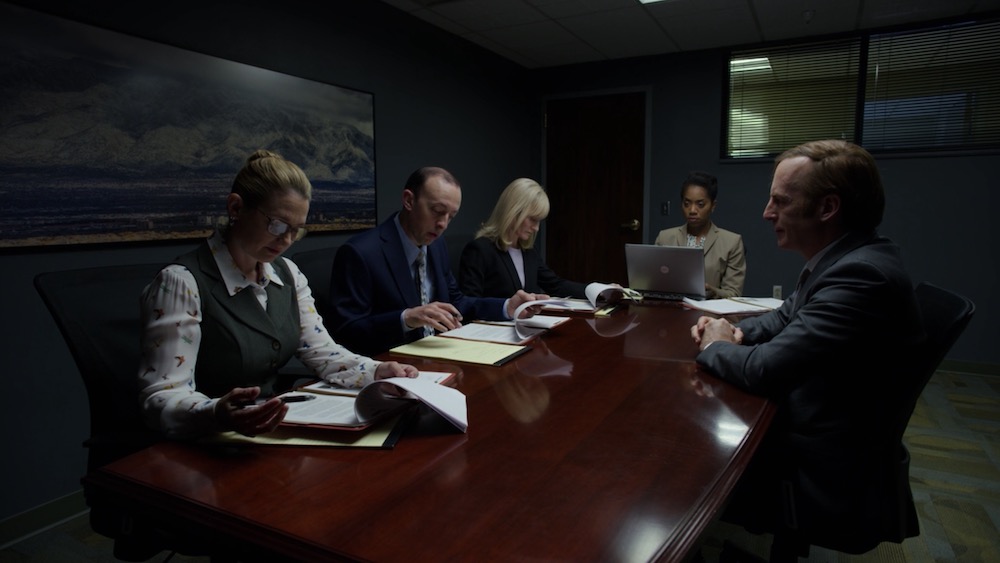 Bringing up his dead brother as an easy sob story, manipulating emotions, was something Jimmy should have run with, but the thought never even crossed his mind. I guess he might not have been sincere talking about Chuck either, and how his death made him determined to ensure the McGill family name continues in the legal profession. Ignoring him so completely only made the committee suspicious about his lack of contrition or, well, humanity. Ironic that the simplest con job of all (an exaggerated sob story) is something Jimmy didn’t think of, as he’s put his brother so completely behind him.

The argument between Kim and Jimmy got rather heated, with Jimmy claiming Kim only wants to “slum” it with him for easy thrills pulling off scams and peering down her nose at him, as Chuck did, because of his Slippin’ Jimmy tendencies. There’s maybe some truth to that, too. But after Jimmy returns home to pack his things, admitting he screwed up the chance of reinstatement, Kim throws him a lifeline after hearing he wants to become a lawyer. He sounds sincere, to her, so she’s going to help make it happen. Does this mean another con to make the committee reconsider their ruling, or will Kim pull some legal strings using her contacts? 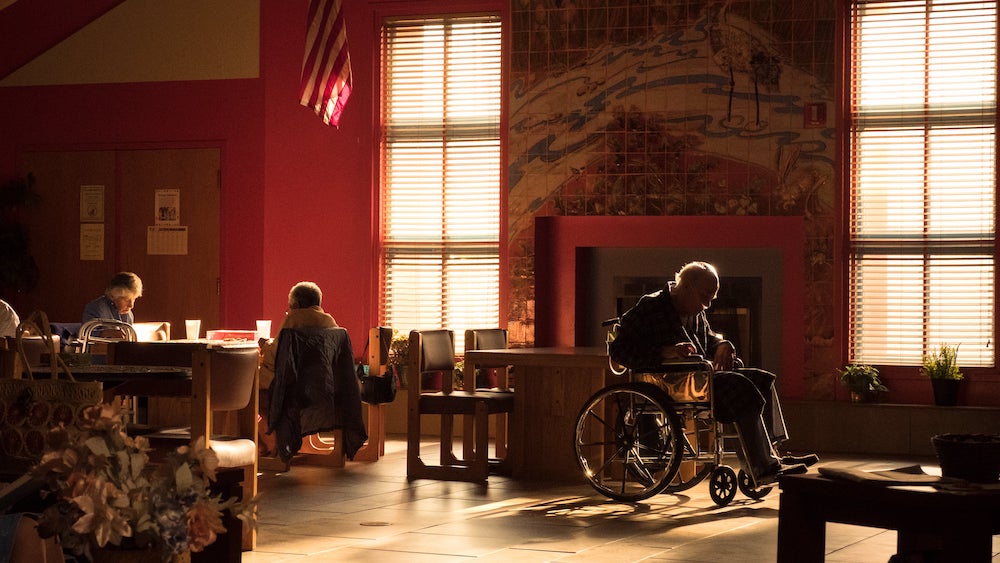 Saved by the bell.

The lamest prequels often provide backstory for things we didn’t need a backstory for, but “Wiedersehen” somehow made it work regarding Hector Salamanca’s (Mark Margolis) service bell. Lalo (Tony Dalton) and Nacho (Michael Mando) went to see Don Hector at his nursing home, where he’s confined to a wheelchair with only one working index finger. And after reminding Hector of the time they burned down a hotel belonging to a former college professor who disrespected him, Lalo presents Hector with the service bell he prised from a dead bellboy’s grip.

This was a scene of pure fan-service, putting a bit of grim history onto a bell nobody gave much thought about during Breaking Bad, but I enjoyed it. Mark Margolis is now playing Hector as he did for four seasons before Better Call Saul, which in some ways is a shame, but he’s incredibly good at communicating silent malevolence. Margolis’s laboured breathing, quickening in excitement as Lalo reminded him of a wicked act from his past, was particularly creepy. 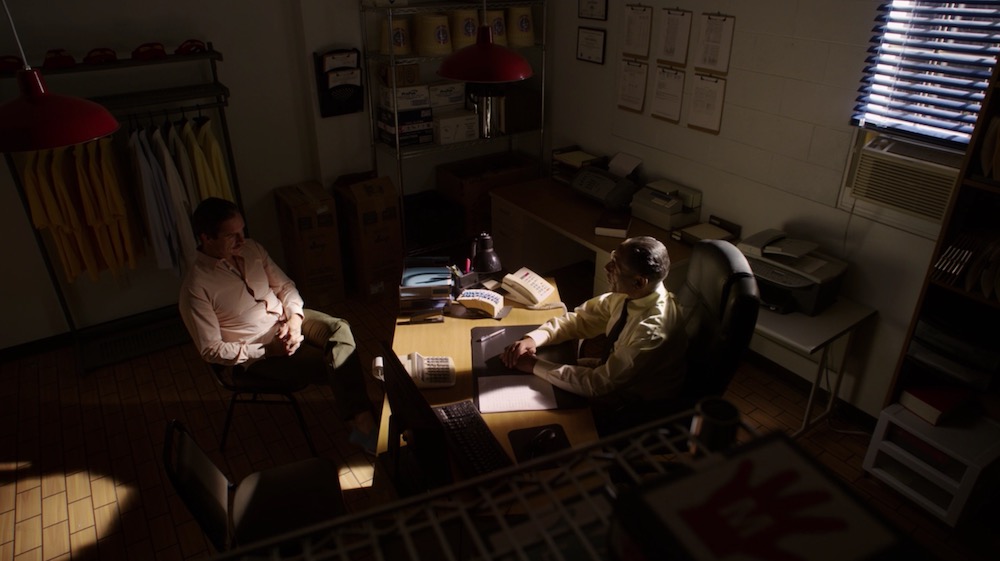 Lalo came across as a bit of an irritant last week, but “Wiedersehen” put some flesh on his bones. He’s clearly a nuisance for Nacho, who’s now been “demoted” after enjoying time as the big boss, but this episode also gave us a fascinating meeting between Lalo and Gus Fring (Giancarlo Esposito). They clearly don’t like each other, but Lalo is presenting himself as a younger and more peaceful Salamanca who appreciates what Gus did to save Hector’s life after his stroke, while Gus is presenting as a calm partner to the Salamanca’s who doesn’t think there’s “bad blood” between himself and Hector. Both are being… well, insincere… and both are clever enough not to trust the other. I always get a kick out of how quickly Gus’s false smiles disappear when those he’s trying to manipulate are out of sight.

I’m not sure Lalo understands the lengths Gus has gone to in order to ensure Hector becomes a shadow of his former self. Regardless, Lalo wants Nacho to show him the chicken factory where his trucks bring their drugs to, so one imagines Lalo is going to pay a price for snooping around in Gus’s business. 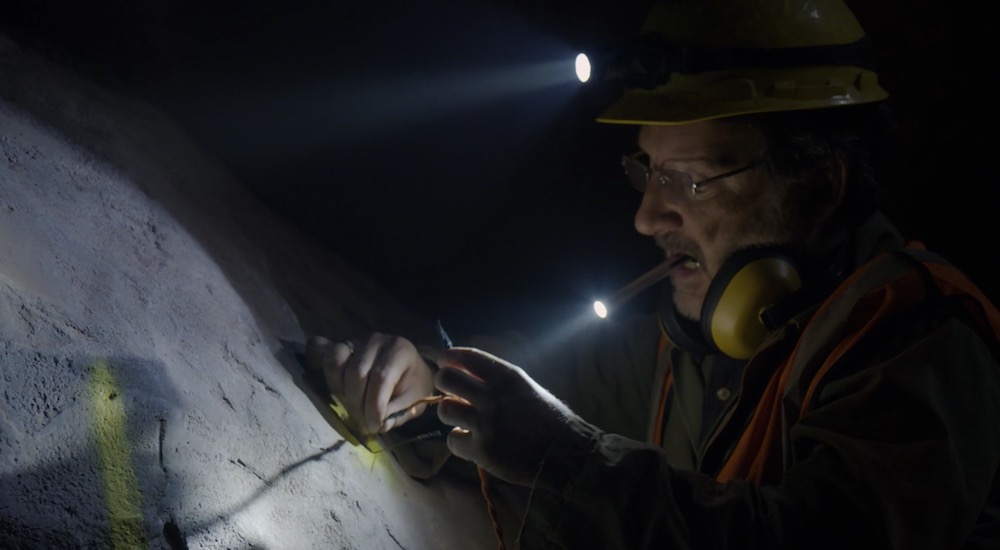 I should have seen this coming. The writers clearly made us think that grouchy German engineer Kai would be a big problem for Mike (Jonathan Banks) when the truth is dependable Werner (Rainer Bock) was the man he needed to keep a closer eye on. We had a taste of that last week when Werner got drunk and started talking shop to locals, but things got a lot worse in “Wiedersehen”. Although things started well, with Werner’s team finally managing to blast their way through a large boulder in order to build an elevator shaft. They achieved this by synchronising their detonation with a large and heavily loaded truck hitting a speed bump outside, so as not to arouse too much suspicion.

But the real crux of the problem is that Werner is homesick and missing his wife of 26 years, and having panic attacks over the possibility he’ll die and never see her again working on these underground detonations. So, he pleads for Mike to allow him four days off to fly back to Germany. Mike can’t allow that, of course, insisting Werner work faster in order to get home with enough money to never have to lift another finger for the rest of his life. Werner seemed resigned to this logic but, unfortunately, his state of mind working such long shifts in the Superlab is taking a toll.

So there was quite an ingenious escape, with Mike noticing some dead pixels on some of the warehouse’s CCTV cameras, apparently the result of a brief voltage overload, only to realise that Werner had managed to disable the cameras with his laser measure and made his escape during the night. One presumes he won’t be back in four days, meaning Mike will probably have to cede responsibility for the Superlab being completed to the disruptive Kai. I guess it could be worse, as the work appears to be almost complete after removing the boulder, but perhaps losing Werner means there are other concessions the Superlab will have to make?