A man, crippled by the mundanity of his life, experiences something out of the ordinary in this stop-motion animation from Charlie Kaufman and Duke Johnson...

What if your entire existence was so tragically mundane that you perceived every person you encountered as indistinguishable from one another in look and sound? For Michael (David Thewlis), this is exactly his life. Everybody he meets seems to be the same (all voiced by Tom Noonan) and Anomalisa poses the question of what it would be like for Michael to suddenly meet somebody different who breaks his homogeneous existence. That person is Lisa (Jennifer Jason Leigh), whom Michael meets and becomes enchanted by in a Cincinnati hotel.

Charlie Kaufman and Duke Johnson’s very adult stop-motion drama has enough ideas to make it interesting, but sadly not enough substance to fuel a 90-minute running time; especially as the tone is purposefully drab and depressing. It’s all well and good to present us with a bleak portrait of life, but the film doesn’t commit to being an exploration of anything in particular. A greater misstep still is that it doesn’t do enough to persuade us to care about Michael’s loneliness or depression, or even to get us to actively root against him and his awkward creepiness. He’s just boring, and the film makes for an unexciting watch. 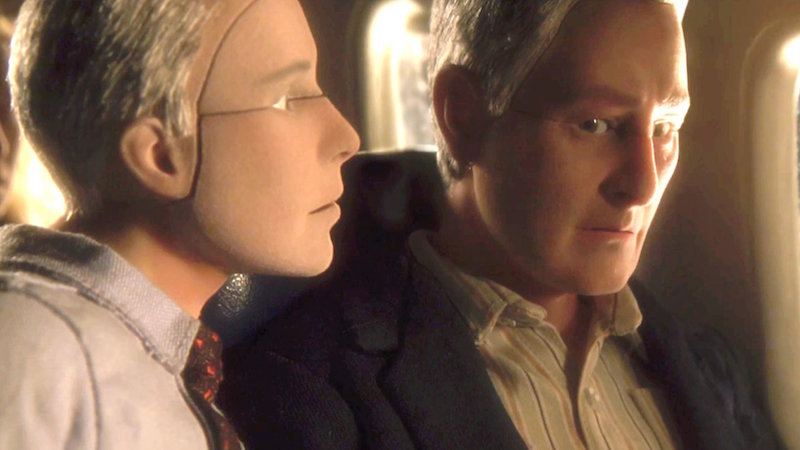 Unsurprisingly, there were suspicions that this wouldn’t work before production on the film began. This was originally a play written by Kaufman, and performed in 2005 with Leigh and Thewlis sat opposite each other on the stage with Noonan in the centre. Before deciding to adapt it into a film, Kaufman expressed a concern that the ambiguity and the “disconnect between what’s being said on stage and what the audience is seeing” would be lost in animation. Still, the film was funded through Kickstarter, and thus expanded from a short film of 40-minutes to more than double that. If any film ever needed to remain a short, though, it’s this one.

The feature-length running time isn’t the only contributing factor to why Anomalisa is such a slog, though, as the script’s adherence to naturalist dialogue becomes grating. There’s a fine line between dialogue that is realistic and engaging, and something overly authentic in how uncomfortable and awkward it is. This frustration is compounded by the creepiness of Michael’s behaviour, as it’s revealed to us that he feels distant from his wife and son, and he wastes no time getting in touch with an old girlfriend after arriving in Cincinnati. His self-pitying only becomes more nauseating when Lisa’s introduced and he begins to pursue her in a way that’s more unnerving than endearing. Perhaps this could be interesting if the film wanted to explore masculine privilege, but it feels more like it wants us to feel sorry for him. 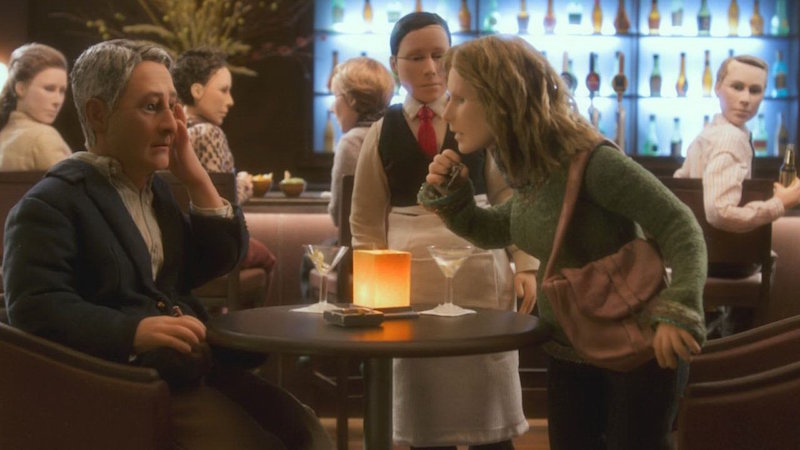 It’s a little worrying to watch this knowing how heavily praised it’s been by critics, and that the pull quotes on the poster are all about how human the film is, and how it’s “inspirational” and about the “need to connect” when these ideas seem to barely appear onscreen. If viewed from the perspective of a middle-aged man experiencing a crisis and a sense of tedium within his life, perhaps this film might speak to you. But, otherwise, there’s little to relate to here. The miserable Anomalisa doesn’t do much to encourage you to connect with its characters, especially the insufferable Michael, and that’s probably the most disappointing thing about it.

Kaufman’s the man behind some tremendous films, especially as the writer of Adaptation (2002) and Eternal Sunshine of the Spotless Mind (2004), but something’s lacking in the writing here as the dialogue comes off as lifeless and the film just indulgent and pretentious. However, when you focus on the details you’ll see the artistry in its construction, even if the finished result doesn’t work. The gimmick of having just three voice actors works remarkably well, as both Thewlis and Leigh do a lot to bring their characters to life. However, it’s to Tom Noonan that much of the praise should go, as his performance is a masterclass in vocal acting that sees him inhabit almost every other character. 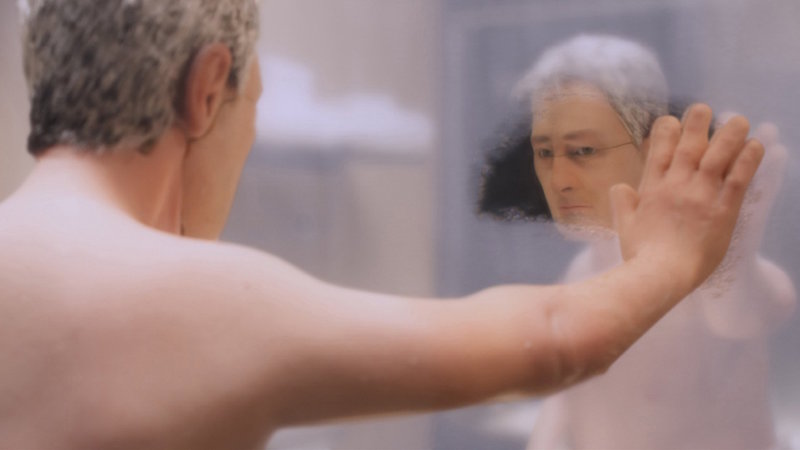 The incredible stop-motion animation is also staggering, as the film brings its figures to life through puppets created by 3D printers. There were 18 versions of Michael and six versions of Lisa created for the film, and it’s impossible not admire the dedication that has gone into this project. Anomalisa was painstakingly animated for longer than two years, sometimes with less than a second of footage being filmed after a day’s work. Kaufman has called this the “best form of collaboration” and has praised how impressive it is that so many artists have come together to make people move around within a realistically-drawn environment. He’s not wrong to be impressed. From a production standpoint, Anomalisa is a magnificent accomplishment.

It’s just a shame it’s found wanting as a story. There are ways to read this film as trying to get its audience to dislike Michael and how self-absorbed he is, but if that was ever truly the intent then why would we see everything from his perspective? Why would Lisa, the sole important female character, be such a non-entity? It’s hard to buy that there’s a greater point to this film when so little of that is suggested onscreen, and it’s also painful to once again sit through a familiar narrative in which women seemingly only exist to fuel the stories of lonely men. The concept for Anomalisa is undoubtedly fertile ground for storytelling, but this never transcends its idea because the film presents themes rather than exploring them. While an impressive piece of work, this may have been better off staying on the stage or just being a short film.

Written By
Simon Cocks
More from Simon Cocks
Shane Black’s The Nice Guys harks back to the buddy movies of...
Read More