There’s a moment halfway through “Travel Agents” where Martha (Allison Wright), finally, simply asks “Clark” (Matthew Rhys) what his real name is. When he responds, after a beat, that his name’s Philip, and Martha asks what his real real name is, I thought about just how layered The Americans has become.

“Travel Agents” begins where last week’s episode ends, with Martha on the loose and both the Centre and Directorate S looking for her. It’s a great, tense episode that begins with a broader scale than the past few episodes, before telescoping on its central relationships during the second half. While Martha survives the hour, not only will her life never be the same, but all of the other characters are left reeling from the fallout of “Clark”‘s discovery.

Early on, it’s far from certain that Martha will make it out of the episode alive, as we follow her around D.C as she grows increasingly paranoid at the (ultimately benign) sedan she thinks is following her. There’s even a moment where she stands on the Taft Bridge, presumably considering whether she should jump. Wright is reliably great in these scenes, and episode director Dan Attias and cinematographer Joseph Bradley Smith do excellent jobs of underscoring Martha’s paranoia and isolation; alternating between jittery close-up handheld camerawork and wide shots that render her tiny in the frame. 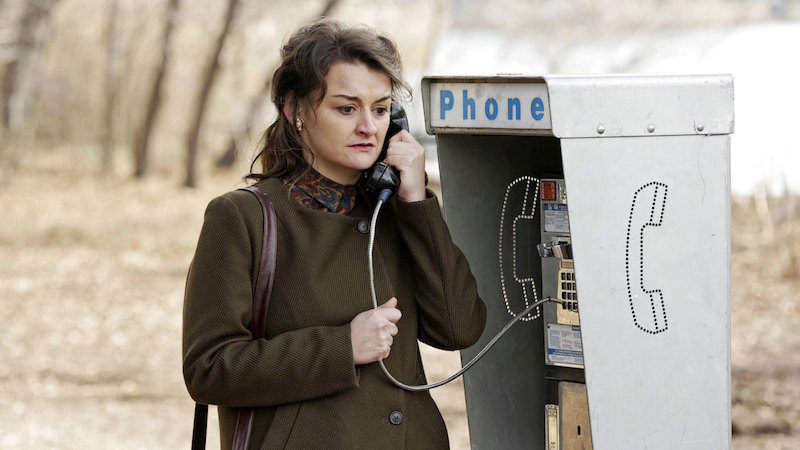 Indeed, much of the first half of the episode is more procedural than The Americans has been so far this season: checking in with Oleg (Costa Ronin) and Tatiana (Vera Cherny) as they arrange the details of Martha’s departure; as well as Stan (Noah Emmerich), Aderholt (Brandon J. Dirden) and Gaad (Richard Thomas) as they learn more about “Clark”. Martha’s mysterious boyfriend. The scene where Gaad is informed that “Clark” and Martha were actually married is a standout for Richard Thomas—as he realises, sounding totally defeated, that the KGB married his secretary of ten years, and sounds like a cuckolded husband. The Americans continues to juxtapose its spy plot and the underlying theme of intimacy in fascinating ways, as when we cut to Stan’s fellow agents searching Martha’s apartment for clues, going so far as to tear apart her tampons in case they’re hiding something. Even in the days before metadata, the line between privacy and matters of national security is easily blurred.

The episode takes an abrupt turn at the same moment that Martha receives an abrupt punch in the gut from Elizabeth (Keri Russell), who then takes her back to the safe house. As with so many choices Elizabeth makes, we have to guess what her motives were—in this case, why she didn’t simply bump off this woman who’s threatened to blow their cover? I assume she does because, like Paige (Holly Taylor) and Pastor Tim (Kelly AuCoin), she knows that Philip would never be able to trust her again. But even if her punch shows some restraint, it’s also surprisingly personal for Elizabeth; in their long history of sleeping with other people for the sake of the mission, Elizabeth’s never regarded any of those other women as ‘The Other Woman’. That punch is a merciful and smart solution to their problem, but that doesn’t mean Elizabeth didn’t like doing it. 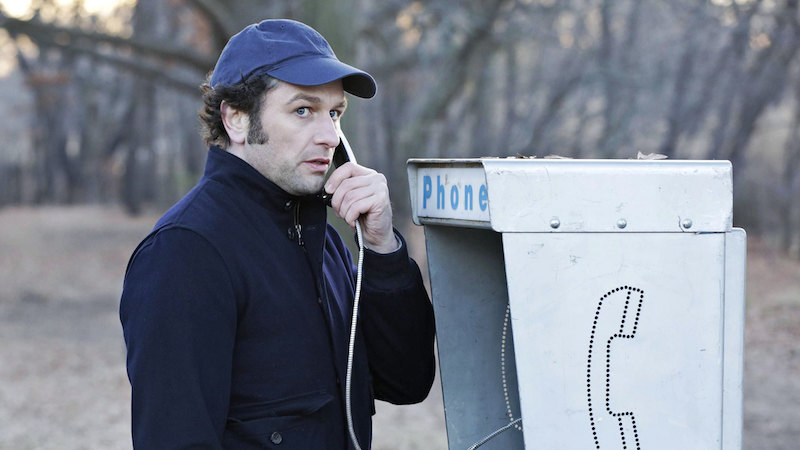 This leads to the episode’s best scene, as Elizabeth asks Philip if he’d return to Russia with Martha if he could; he responds, simply, “I love you.” Elizabeth’s wordless reaction as her eyes well up and she breaks the slightest of smiles is just perfect. It’s funny, it’s so evident from our perspective in the audience that Philip and Elizabeth’s feelings for each other are real, that it never occurred to me that they might doubt that about each other (not too different from some real life couples). Elizabeth responds by telling Philip that he should stay with Martha that night, not only because it’s the best thing for Martha but because she understands her husband so well. Philip stays, but he can’t bring himself to tell Martha he’ll be joining her, as Elizabeth insisted he should. He might not be in love with her, but he’s too close to her to lie anymore.

While Martha’s safe by the end of “Travel Agents”, there are several ominous notes—the virus-carrying dead rat in the fridge, Oleg and Tatania’s references to a “specimen”, Stan’s closing in on “Clark”—that make it clear everything is far from resolved. The episode ends with Elizabeth awake and alone in bed, and Philip and Martha both awake but facing away from each other. It seems a small misstep to end on Philip; shouldn’t the final moment be Martha’s? Regardless, there’s plenty to keep each of these characters up all night.