The British television industry doesn’t work to the seasonal schedules of our American cousins, strictly speaking, but it remains true autumn is a time when lots of new drama and comedy tend to debut. It’s much trickier knowing exactly when new shows are due, because UK television’s not very willing to ‘plant a flag’ in the schedule weeks in advance, but the following five shows are all expected to broadcast between now and November…

A four-part comedy-drama about two childhood friends in their twenties, Danny (The Inbetweeners’ Blake Harrison) and stoner Milo (George Webster), who find themselves travelling to various parallel universes after taking hallucinogens, whilst being pursued by a deadly assassin (Richard Gadd). Originally entitled Alt, this comes from writer Jamie Mathieson (Doctor Who) and Jack Williams (The Missing), and has been directed by Jamie Stone (The Village).

The idea sounds promising, as there’s huge comic potential in a couple of stoners having misadventures across the ‘multiverse’. I’m imagining a dirtier, British version of Bill & Ted’s Excellent Adventure, but we’ll have to see what the actual tone is. Mathieson’s written some of the best Doctor Who episodes (he was behind last year’s excellent “Flatline”), but who knows if E4’s budget can really do justice to the dimension-hopping concept. Or maybe each parallel universe won’t be hugely different most weeks, as it’s the characterisation and their ever-changing relationships that will hold it together. Interestingly, the show originally starred Craig Roberts (Submarine) and Gethin Anthony when it was known as Alt, until a change of creative direction, so hopefully they’ve found the right formula now.

U.K Premiere: October 2015, E4. (No U.S broadcaster yet, but will the likes of Hulu swoop considering their success with E4’s other geek-friendly comedy Misfits?)

A six-part crime thriller from Sky, in partnership with France’s Haut et Court TV, about a British loss adjuster called Naomi (Samantha Morton) who’s tasked with recovering stolen diamonds. John Hurt co-stars as her boss Tom, with Tahar Rahim as a French-Algerian cop called Khalil. This has been written by Jack Thorne (Skins, In the Flesh) from an idea by French journalist Jerome Pierrat, and is directed by Johan Renck (Bloodline, Breaking Bad).

Details are vague right now, but Sky Atlantic see themselves as the UK’s answer to HBO and recently made the highly-regarded drama Fortitude, so why shouldn’t a French collaboration work for them, too? Jack Thorne’s involvement and Samantha Morton’s presence is enough to draw me in for this. David Bowie fans may also be interested to know the music legend’s written a song for the opening titles.

U.K Premiere: November 2015, Sky Atlantic. (No U.S broadcaster yet, but will it follow Fortitude’s lead by airing on digital channel Pivot?) 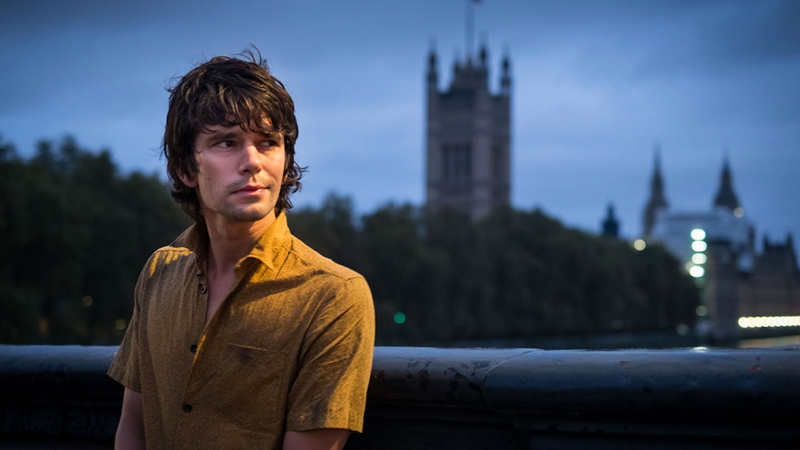 A five-part spy drama created by novelist Tom Rob Smith (Child 44), concerning the romance of two young men from very different backgrounds: Alex (Edward Holcroft) who works for British intelligence, and hedonistic clubber Danny (Skyfall’s Ben Whishaw). The latter of whom is pulled into the world of deadly espionage when Alex goes missing.

The basic idea doesn’t fill me with optimism, but I’m hoping this will develop into something more compelling once all the details are coloured in. Ben Whishaw’s always great to watch on-screen, and I’m interested to see if Tom Rob Smith’s talent as a novelist will translate to the small-screen. It’s also directed by the very talented Jakob Verbruggen (The Fall, The Bridge U.S remake).

I haven’t been impressed with the early footage ITV released, but admittedly it was out of context. The use of slow-motion just feels self-parodic and dumb, like the show’s been kept on ice since 2003. But I do like the very flexible and enjoyable Jekyll & Hyde concept, and Higson’s a writer who deserves a big hit. I’ve often thought his 2000 adaptation of Randall & Hopkirk (Deceased) was better than most people gave it credit for, and felt like it had a modest hand in paving the way for Doctor Who’s successful revival. Like Steven Moffat, Higson’s a writer with a comedy background who’s also well-known for playing with a big British icon (he authors the Young James Bond novels), so maybe this will be his… well, Jekyll?

U.K Premiere: October 2015, ITV. (No U.S broadcaster yet, but surely it’s a toss-up between BBC America and PBS.)

A ten-part comedy-drama about a diverse group of characters reconnecting with loved-ones in the days before a five-mile wide comet strikes the earth and brings civilisation to an end. These include: a bank manager called Jamie (The Wrong Mans’ Mathew Baynton) under suspicion of cyber-terrorism, and his mum Paula (Broadchurch’s Pauline Quirke) who’s kept the existence of his identical twin a secret all these years; a wrongfully-imprisoned librarian from New Mexico called Rhona (The Office’s Jenna Fischer) who’s taken under the wing of a white supremacist (Will & Grace’s Megan Mullally); and rebel priest Father Jude (Parks & Rec’s Rob Lowe) and his interviewee Sister Celine (Gaia Scodellaro). Co-starring Paterson Joseph (Peep Show, The Leftovers), Joel Fry (Game of Thrones), Kyle Soller (Poldark), Karla Crome (Misfits), Charlie Condou (Coronation Street) and Dame Diana Rigg (Game of Thrones). Created by Iain Hollands (Beaver Falls) and directed by Michael Engler (30 Rock).

I’m genuinely amazed this project has come together, because it’s exactly the kind of high-concept series the UK rarely bothers to make. And it’s managed to attract an enviable cast of American co-stars, which in turn means this will air on NBC across the pond. Sky appear to be utilising their ties to the U.S very well just recently, to produce quality shows that will play internationally and make them a lot of money. My only concern is that Iain Hollands’ writing on Beaver Falls was rarely laugh-out-loud funny, just mildly amusing and quirky, but You, Me & The Apocalypse is an altogether more ambitious idea with more potential for darkly comic scenarios.

Written By
Dan Owen
More from Dan Owen
A married couple tries to steal back a valuable heirloom from a...
Read More