Is there any show as strong at narrative misdirection as The Americans? Four seasons in, the show’s strategy of slowly building tension over multiple episodes, only to suddenly upend the narrative apple cart, should be more predictable… and yet it still works. It’s not even that the show relies on out-of-left-field plot twists—the turn this week’s episode, “Experimental Prototype City of Tomorrow”, takes plays things very fair, by building on the season’s first two episodes and their setup of the deadly virus sample that Philip (Matthew Rhys) can’t get rid of. But episode writer Stephen Schiff does an excellent job of foregrounding the season’s other major conflict before the Glanders virus takes centre stage with sudden, blunt urgency. 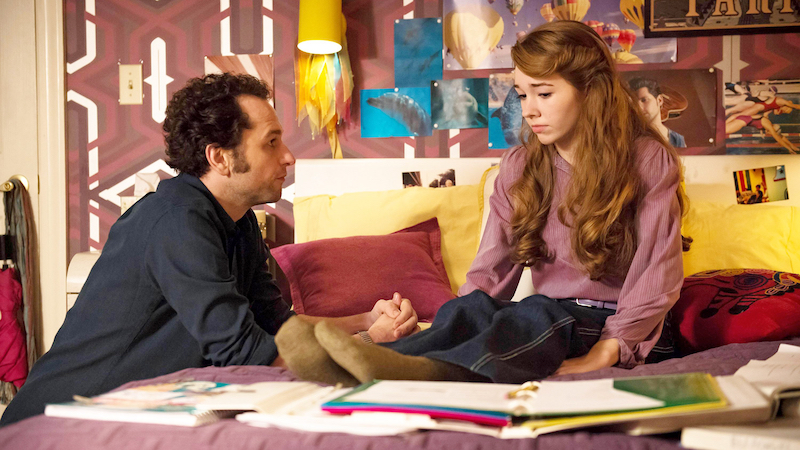 Until then, “Experimental Prototype City of Tomorrow” is mostly devoted to advancing character development. There’s the central question of what to do about Pastor Tim (Kelly AuCoin); early on, Philip and Elizabeth (Keri Russell), faced with no good options, meet with Tim. Both sides are surprisingly frank about the situation; Philip and Elizabeth don’t deny anything, but try to urge Tim to see the ways that they’re working for a common cause. But Tim has already told his wife their secret, and ultimately, they’re left with the question of whether to kill them or return to the U.S.S.R. While it’s not surprising which solution Philip and Elizabeth each prefer, it’s interesting to see how their relationship has evolved—what would have been a major argument in the past only elicits a hilariously defeated eye-roll from Philip now, and before the episode’s end, the two have a healthy, frank conversation about the power imbalance in their relationship. While the question at hand is whether they’ll be murdering someone, it’s still nice to see them growing as a couple. It’s important to talk things out, y’know?

Other characters echo the feeling that our main characters are at least contemplating the idea of moving on. There’s Nina (Annet Mahendru), being informed that it’s being decided whether she’ll face “extraordinary punishment”, but content to know that she hasn’t put Anton in danger. And Gabriel (Frank Langella), who echoes Philip’s misgivings when he insists to Claudia (Margo Martindale) that the Jennings family should be sent home. Meanwhile, at the FBI, Frank (Richard Thomas) is chewing out the office for not logging copies and using language in memos that suggests the FBI is capable of feelings, and Stan (Noah Emmerich) is taking steps to act on his suspicions about Martha (Alison Wright). There’s a sense that all of the characters are being worn down, ready for a big change, with Elizabeth experiencing a real sense of camaraderie with a new potential source, Young-hee (Ruthie Ann Miles), and her family. Everyone is looking to get out, to some degree, and the Jennings family is offered temporary respite with the promise of a trip to Epcot (which gives this episode its title), even if it’s a ruse so that Pastor Tim and his wife can be taken care of while they’re gone. Like the ominous dream has of a reunion with Stan, even the promise of escape is pregnant with a sense of menace. 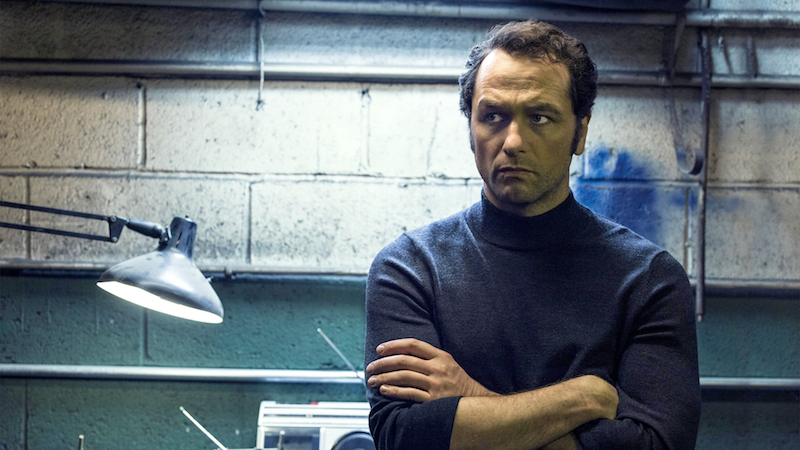 There won’t be any trip to Epcot, though—in the episode’s final minutes, Philip and Elizabeth discover that Gabriel, who was in possession of the Glanders vial, has somehow been infected, meaning that they’ve also been exposed. They meet up with William (Dylan Baker) who, after unsuccessfully trying to flee, offers them an anecdote (we learn a little about this mysterious new character when he rattles off the many ways that the antidotes and vaccines his work requires have destroyed his body). The episode ends with the four characters in Gabriel’s safe house and under quarantine. It’s a perfect cliffhanger, and a reminder that the show’s writers know exactly what they’re doing. It’s earned our patience in character-building moments like the scenes between Elizabeth and Young-hee, or the heartbreaking moment at the beginning of the episode where Martha admits to “Clark” that she’s not used to his real face yet. It’s a deliberate show by design, but when it shifts into high gear, it’s worth the wait.