If you’re a fan of Robert Altman, you’ll be thrilled by Warner Bros. re-release of McCabe & Mrs Miller (1971) as part of their Home Entertainment premium collection. McCabe & Mrs Miller is often called an anti-western for its atypical take on the popular genre; one wouldn’t expect anything different from Altman, whose style consecrated him as one of the most original American filmmakers. Released a year after M*A*S*H (1970), McCabe & Mrs Miller is one of the first feature films Altman made after his television career, in what can be defined as the golden period that resulted in stardom.

Fundamental Altman movies, such as The Long Goodbye (1973) and Nashville (1975), were still to come, but we can already appreciate Altman’s talent and peculiarities in McCabe and Mrs Miller, particularly in the setup of the story and the introduction of the characters. Following the entrepreneurial adventures of gambler McCabe (Warren Beatty, fresh from Bonnie and Clyde) and prostitute Mrs Miller (Julie Christie, Academy Award nominated for this role), the film feels more like a glimpse into frontier life, than like one of the many self-contained glorified adventures that made Western the apogee of American cinema. 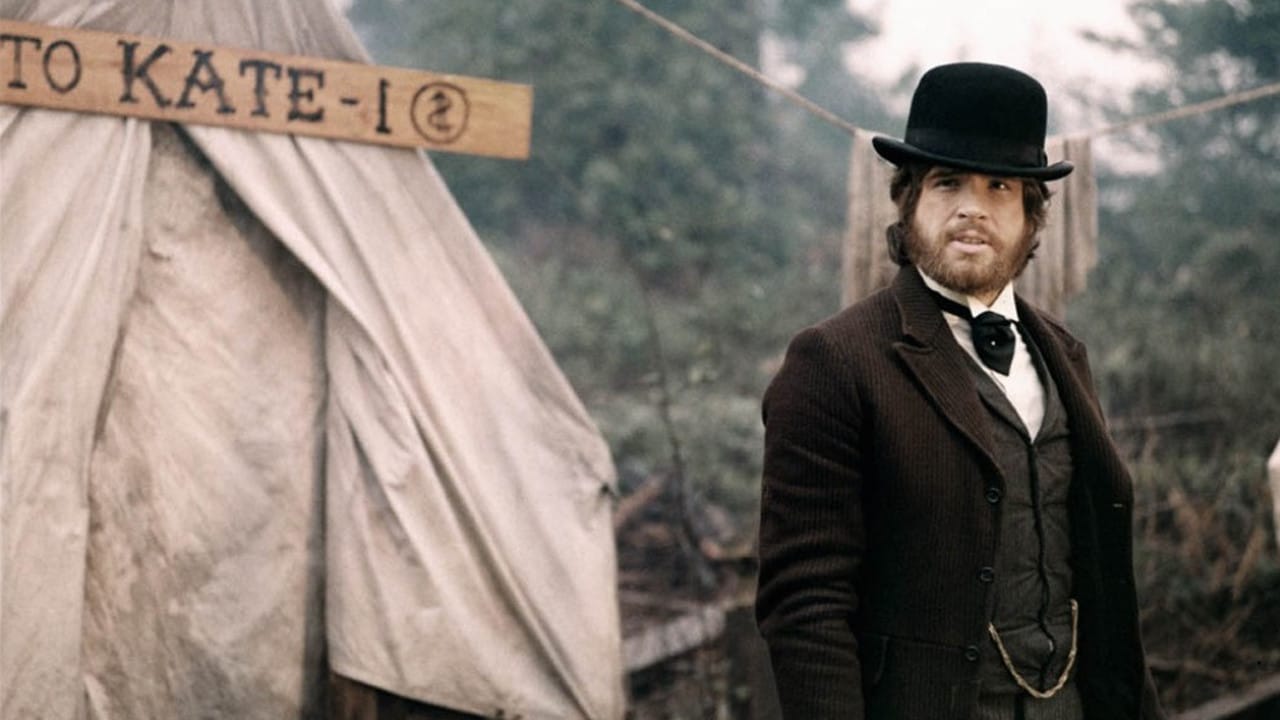 If you have little patience for how Altman crafts his films, be warned that McCabe & Mrs Miller isn’t going to quench your thirst for formulaic gold-standard structure. Altman presents new characters in a busy saloon where patrons know each other and are keen to skip formalities, introductions, and any kind of expository dialogue; conversations overlap and the atmosphere is filled with uneventful routine. It feels like walking into a restaurant one could have visited to seek shelter from rain, or to meet someone for lunch.

It’s in this context that McCabe and Mrs Miller join forces to open a bathhouse and a whorehouse. There’s an underlying irony in seeing them live through this pathetic version of the American Dream: becoming business owners in a derelict town called Presbyterian Church, constantly covered either in snow or in mud, populated by potential customers who spend their days (and all their money) playing cards, getting drunk, or meeting prostitutes. Before Mrs Miller seized the opportunity to open her whorehouse and employ some of her girls from San Francisco, men had to settle for what McCabe was offering: a tent in a muddy camp and ugly whores with no teeth. 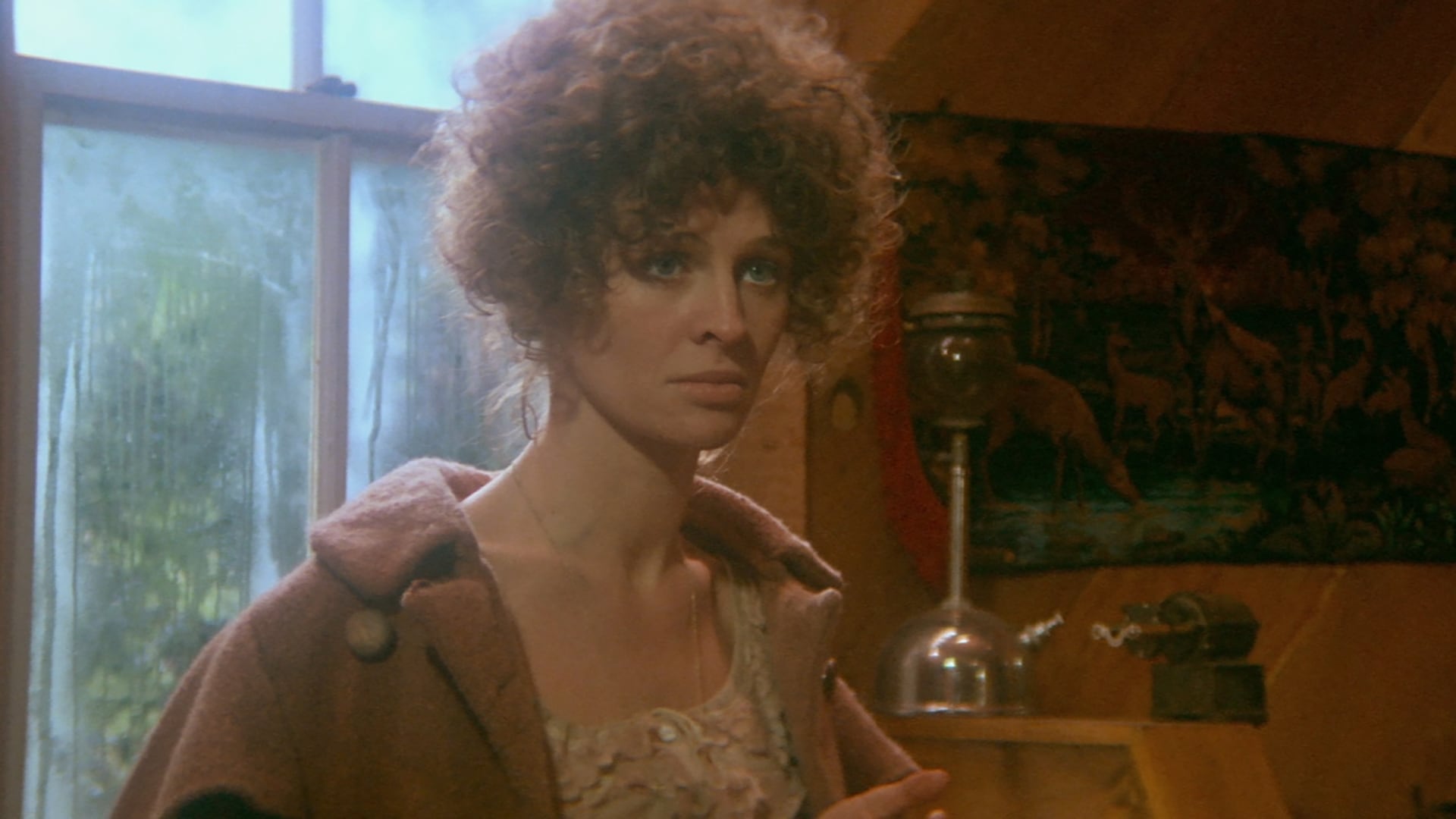 Altman’s in full revisionism mode, and takes no prisoners when it comes to demolishing the romanticised allure of the Old West. There are no heroes to root for, no sunlit prairies to rest your eyes on, and no real opportunities to “beat the system”, seek redemption, or indulge in any other kind of fairytale nonsense. The gunslingers don’t have a glorious past to show off — they’re just trigger happy sons of bitches who can’t wait for an excuse to shoot at something or someone.

There’s not much sympathy for the protagonists, either, acting like two pawns in a game that’s much bigger than their arrogance would have us believe. Altman focuses a lot on building the character of McCabe, and the result is as uncompromisingly sad as it is sublime: Beatty’s interpretation is so awkward and downbeat, it immediately reveals the man’s fragility. Halfway into the film, he tries a little too hard to sway a negotiation in his favour and the men who came to buy his assets simply walk out, deciding it’s cheaper to pay some mercenaries to get rid of him.

This also kicks off the main plot, with McCabe trying to track the men down to accept the last offer he had so arrogantly refused before. His fate is like the Sword of Damocles dangling over his head: the question isn’t whether it’s going to fall, it’s when. It’s an effective anti-capitalist statement that subverts the trite “land of opportunities” narrative. The frontier is dirty, dark and corrupted, an environment where everyone is on their own, and communities struggle to stay united. Altman saves a little glimmer of hope, showing the town coming together to fight a fire at the local church, even though this act of social conscience depressingly plays at the exact same time of McCabe’s ultimate demise. 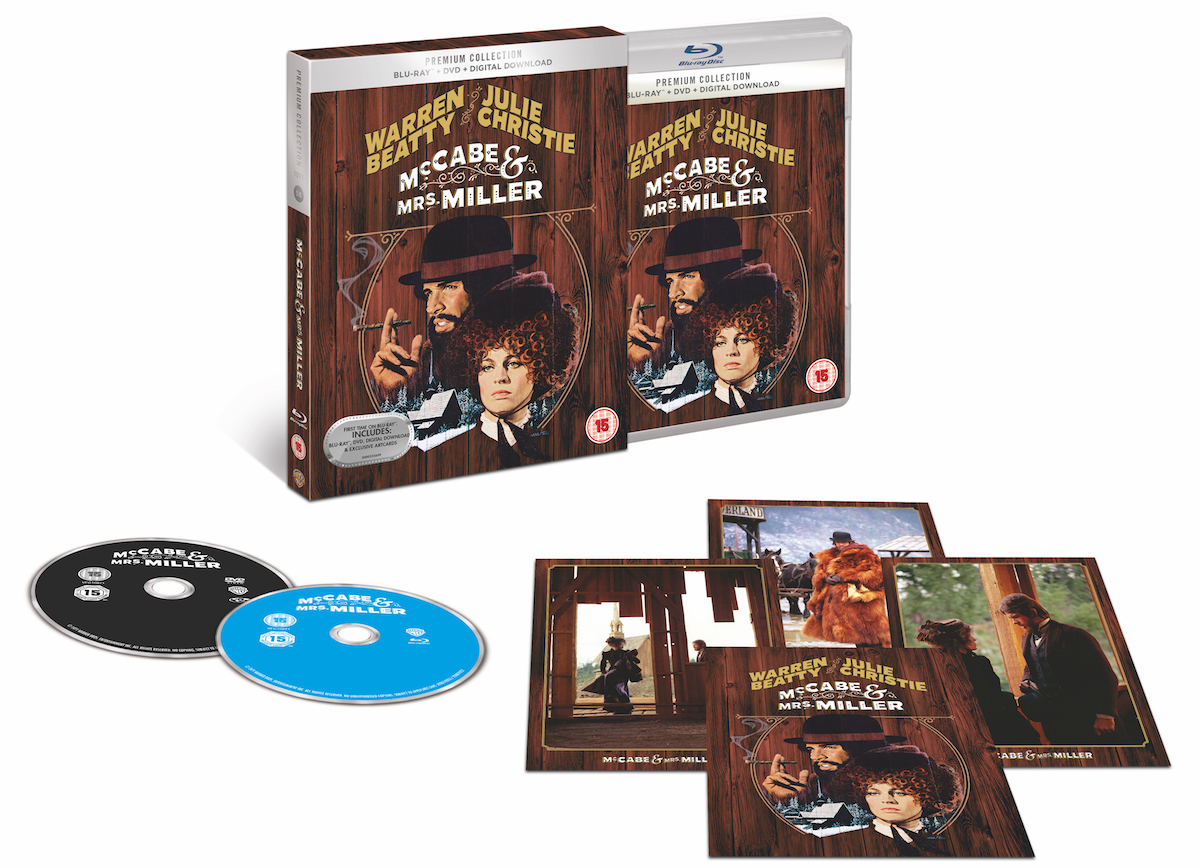 There is a bleak silence pervading the whole feature, interrupted only by a few mellow songs by Leonard Cohen. The 5.1 sound on the Blu-ray does an excellent job of reproducing the music, the wind howling, and the saloon bar chatter. The picture quality is less impressive: it very often feels a little too dark, and doesn’t look particularly convincing, especially on high-definition screens.